PM transfers will be allowed up until MONDAY 10AM then after only IN-GAME transfers allowed!

TRANSFERS!
Transfers will work like this:
Transfer Windows ONLY.
You will PM the manager of the offer for the player you want and attempt to agree a fee.
You will then POST here that agreed fee!
using the control of the managers I will offer and accept that fee and offer the standard contract that appears on the contract offer screen!
it is then left to the player if he doesn't want to go he stays but of he wants to leave he will leave!

FORMATIONS AND TACTICS!
This will be fully controlled by yourselves you can POST here your Formations and Tactics making sure you name YOUR club within the post so I know who you.manage without checking everytime.
You can change formation whenever you want unlimited times!
If NO tactics chosen it will be left with the original tactic for that team and line-up will be assistant managers choice.

TIME FRAME!
I will try and keep going at a consistent rate but will continue game whenever I can so be sure to keep yourselves involved.

If anyone has any issues or questions let me know on here!

I will be posting Pics of ALL the squads from the start of the game so you can see your team to pick tactics and formations!

PRE-SEASON WILL BE A QUICK FIXTURES UPDATE! Going through that noe!

So proper games and transfers between yourselves will be allowed!I want you all to PM me the players your willing to sell and I'll post on both sites a TRANSFER LIST!

ALL TRANSFERS WILL NOW BE DONE IN-GAME!

your u18's will fill out free spaces
U

The first proper game will be

NathWalker and RiotAct you have until 11 to choose a specific line up and formation!

Everyone,else if you want a specific line up and formation post as soon as possible as I will leave to assistant otherwise

have had to go from start as made silly mistake with foreigners being out,on loan for.first season! #******** was only on 30th July so not bad
U

We are currently on 26th July now so I've reached and gone past were I was before!

I can tell you Manchester City have won the Amsterdam Tournament! and Blackburn won 2-1 in the Euro Vase 1st leg!

hey buddy good work for getting this up and working
I would like to see Man City line-up if possible as:
Van der Saar
Brown- Ferdinand- Yobo- Evra
Albelda
Xavi
Hleb- Bresciano - Babel
Villa - Cardozo
All others as sub
Also, Matt Derbyshire transfer listed, or anyone wanting to swap any of my Striker for Defender can PM me
N

Hi mate the Chelsea screenshot seems to be showing Man Citys squad for me?
N

all done NathWalker lol
U

An update on where we are now:

and am now officially OPENING the transfer window!! I will post a list of players available on w transfer list that managers can PM to me and I can update as and when a player is to be sold!

the Community Shield has been played.
U

ONE WEEK TO GO

EXCITEMENT is building as the start of the brand new season draws close.

Fans from all over the country are preparing for the new season ahead, Flags are being drawn, Banners being made, Shirts at the ready. With most clubs having already a full squad, with some a tad bare, we are all getting extremely excited for the start and it all starts with tomorrow's showpiece, The Community Shield!

Manchester United and Chelsea will battle it out under the famous arch of Wembley! Chelsea look favourable going into the game but anything can and probably will happen, while United boast players such as Esteban Cambiasso, Willian, and Jimmy Briand Chelsea can call that with Nemanja Vidic, Jon Obi Mikel, and Javier Saviola!

Next week's big kick off is hugely anticipated with it including the North London Derby at White Hart Lane! Spurs look good while Arsenal seem to be lacking in players going into it but Toonbalmy87 can change that this week with a few signings!
U 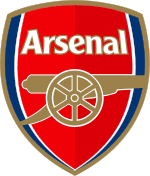 This is just a quick hello and chance for all of you too meet your new opposition. My main aim this season will be to finish above The Spuds (Spurs) and win at least something The Squad is not currently together i don't want to give the specifics of the transfer balance but it is rather large. So if i see any good players you should know my name will be at the top of the list.
Click to expand...