Finally managed to play a full proper season with it, played with Schalke, I don't remember what was the media prediction at the beggining of the season but after the transfers we were predicted 10th - I've brought in only 2 players for the first team - big signing in wonderkid Marcus Edwards, and solid right-back Josha Vagnoman that also has a bit of potential. In addition to that I also got rid of few unneeded players. Finished 2nd behind Bayern (who had a really good season, usually 78 points would be enough to win the title in Bundesliga) and won the DFB-Pokal: 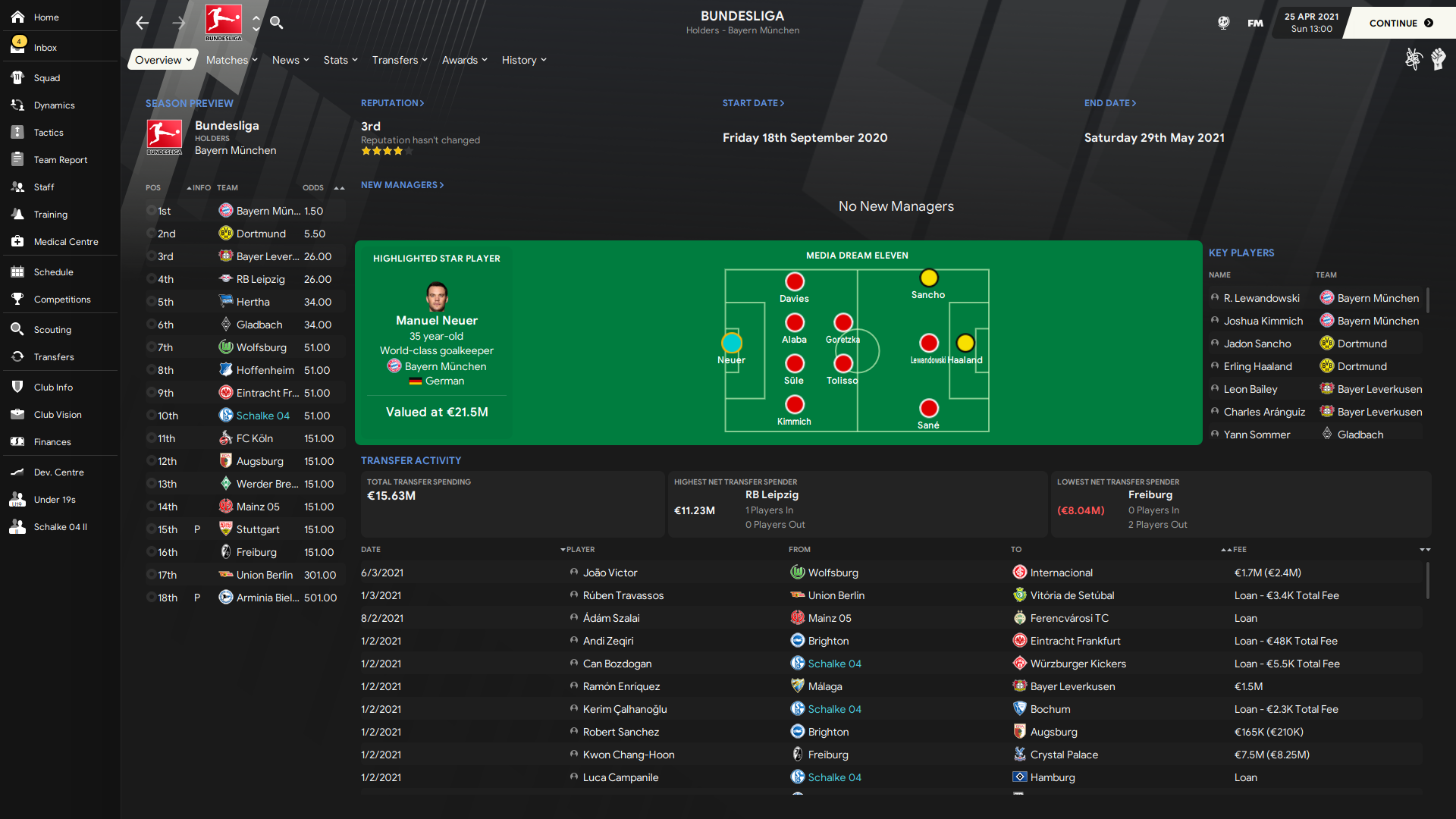 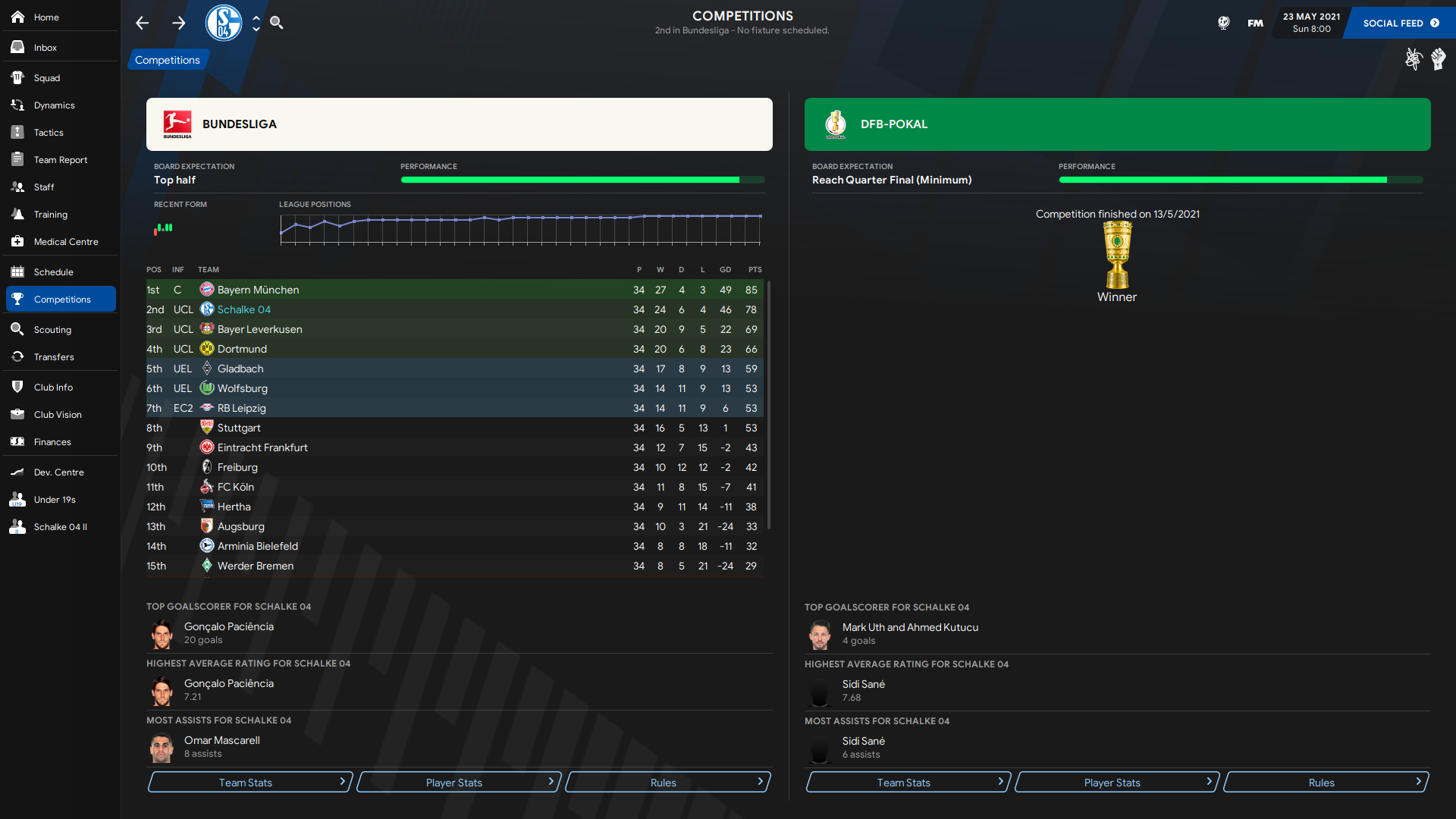 I've made a few small tweaks to the tactic:

Central Defenders -> BPD
Distribution to full-backs instead of flanks
Added "move into channels" and "roam from position" to attacking midfielder
Changed defending corners - really happy with that one, not a single goal conceded from corners entire season
Small positioning change in attacking corners 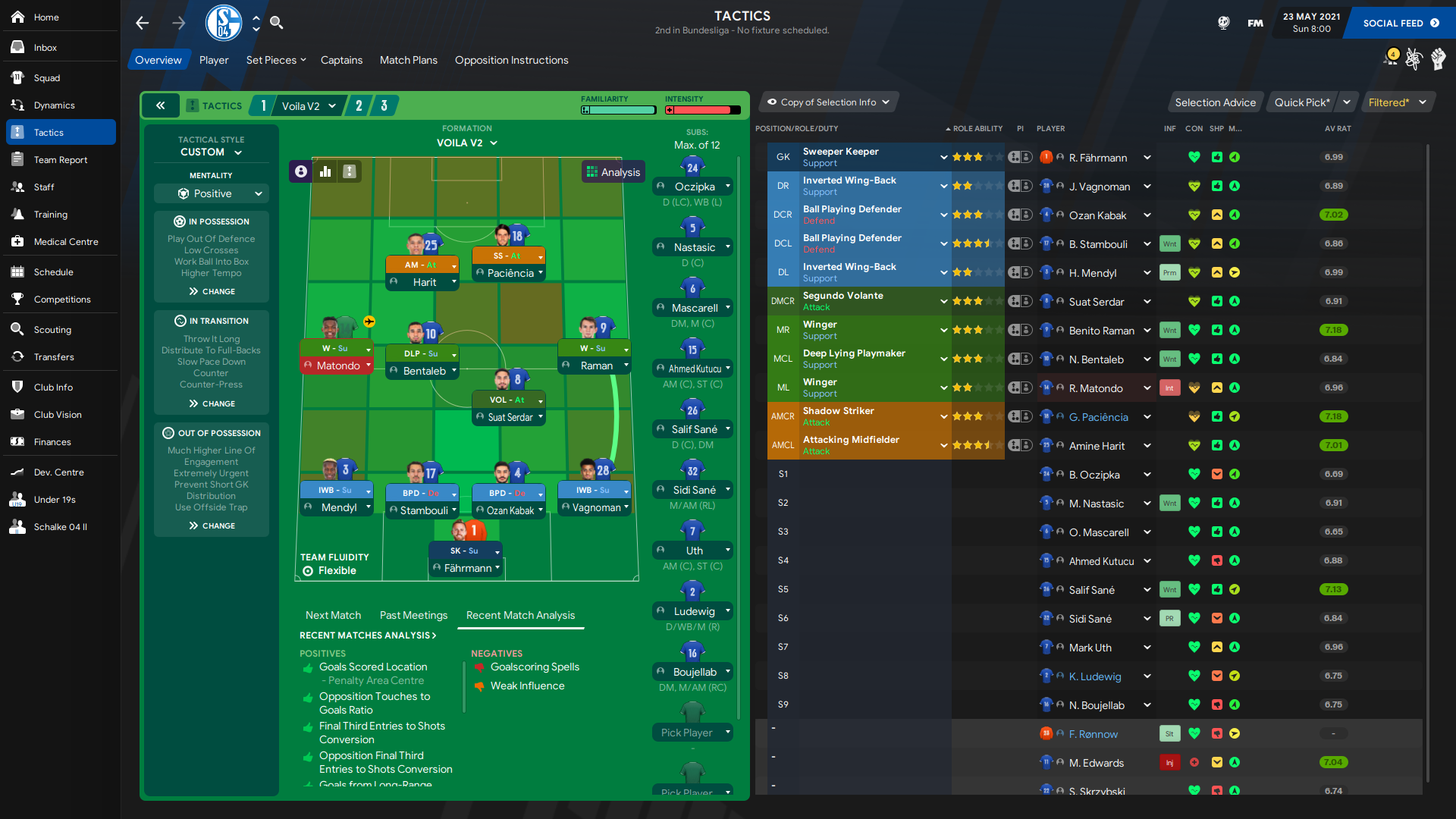 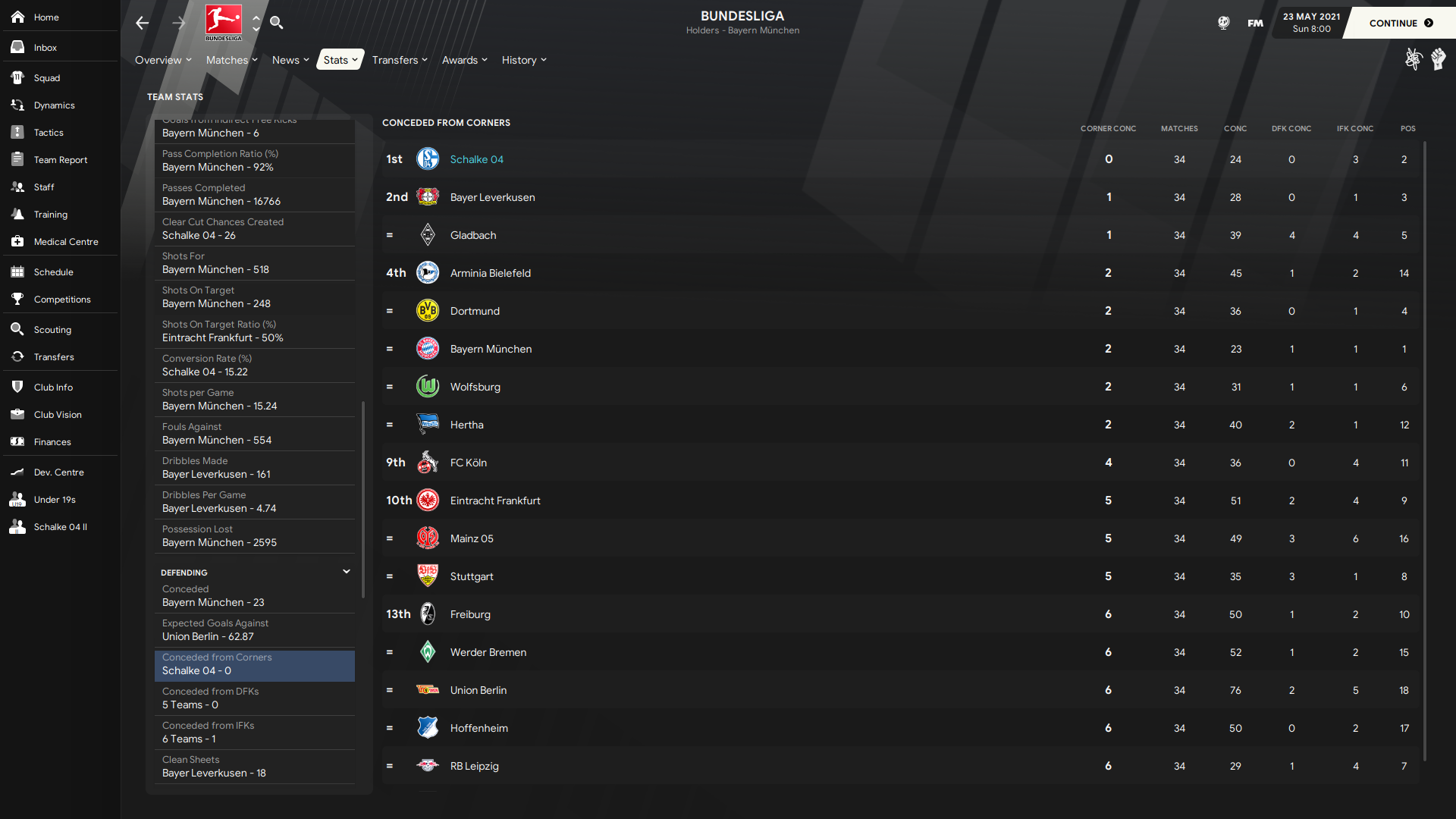 Towards the end of the season I've started to use a tactic specifically made for time-wasting at the end of the game - had I done that earlier I've could have possibly won the title, because I've lost a few points early in the season during the last minutes of the game. 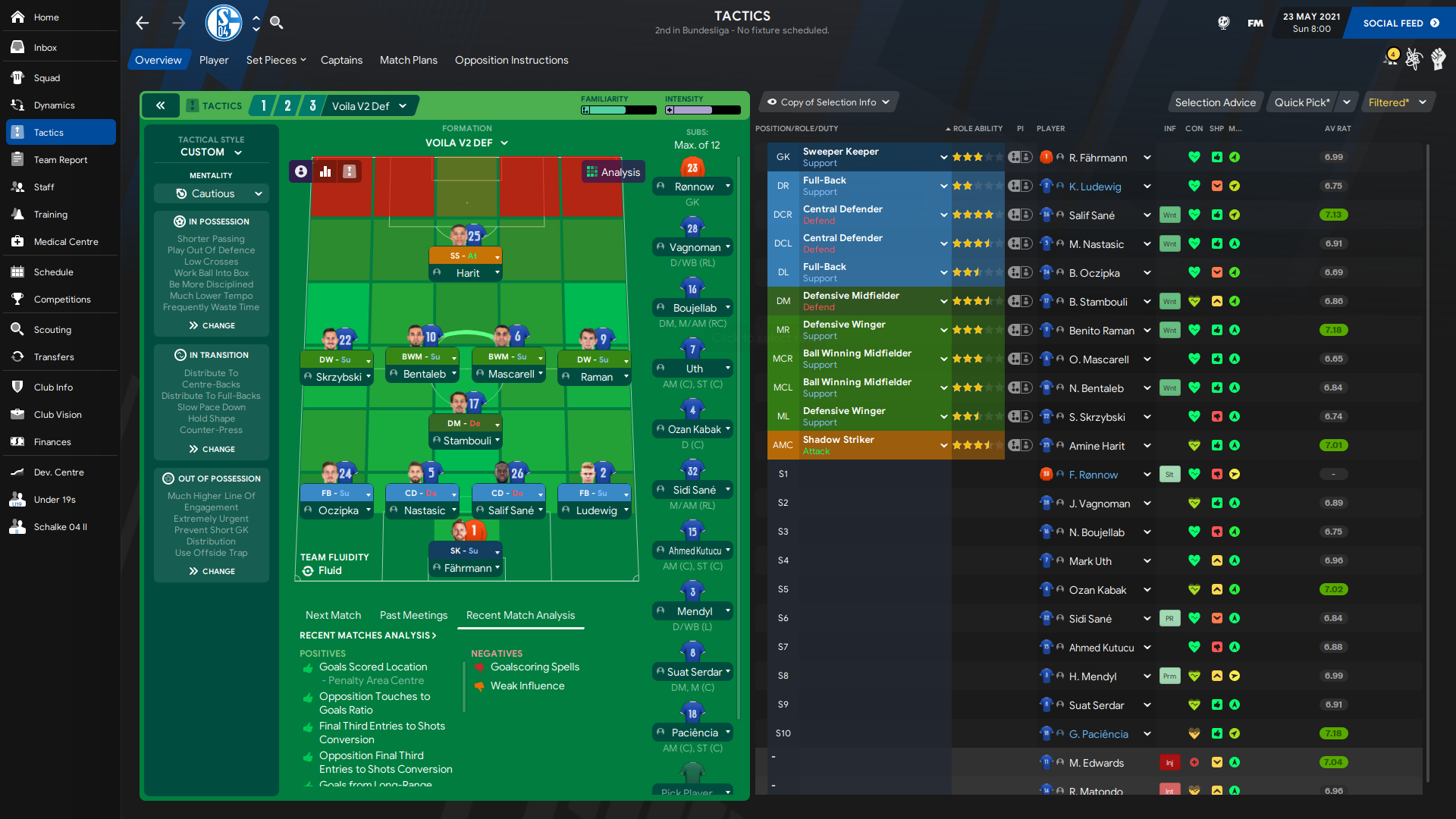 I've got a really big budget for a new season, spending a lot of it on a really quality attacking midfielder and also Rudy and McKennie are coming back from loans, so I should have enough quality in the squad next season to easily win the title and maybe compete for the UCL