MediaFire is a simple to use free service that lets you put all your photos, documents, music, and video in a single place so you can access them anywhere and share them everywhere.
www.mediafire.com

For smaller teams all depends if you have strong target man with decent mobility.

target man needs to be good all round striker

ty alot to Babemocni who done alot of testing

White Europe said:
16 goals from our TM in bundesliga, after losing to Union for away games We are dropping one CM to DM as DLP
Click to expand...

How is performing the AF near the TM?

radetzky said:
How is performing the AF near the TM?
Click to expand...

In two test save just average, but they poor AF's. And this tactic makes TM a main star
V

White Europe said:
In two test save just average, but they poor AF's. And this tactic makes TM a main star
Click to expand...

As i said i had poor AFs

@vujevic Bro, your 5212 is still overpowered for mid teams. It works also if you don’t have good target man like the last one. And works better than the Ancelotti one cuz of the 3 man defence.
I win the double with Fiorentina in the first year! Only 1 defeat against Juventus (in home) for 2-5 (I was losing 2-3 at 75’ so I use a super offensive tactic and I take 2 goals more). In away I win 17/19 matches. I got only 2 draw against Juventus (2-2) and Udinese (1-1). I lost some points in home with some stupid draws but in the final the season is fantastic. I got some incredible win in away in Serie A (Lazio 0-3, Inter 0-3, Napoli 0-1, Milan 0-2, Atalanta 0-3, Roma 0-2 for a total of 0 goals conceded against the best teams in Italy in away so I conceded 2 only against Juventus). In Coppa Italia I defeat Juventus 1-2 in away!! Lazio 1-2 in away and 1-0 in home and in the final I win 2-0 against Atalanta!
In total I conceded 23 goals in 38 matches and 5 in the same match against Juventus. So 18 goals conceded in the other 37 matches! Incredible strong defence.

USEFUL INFO FOR THIS TACTIC: first of all I try a season with Fiorentina without buy or sell nobody and using the original team. I finish in second place after Juventus. But only because there were some players not good for the tactic (Vlahovic has a good potential but is slow, in defence Milenkovic is good but Caceres is too much short and Pezzella is too much slow).
In the second try I sell useless players for the tactic (Vlahovic, Eysseric, Olivera, Borja Valero, Pezzella, Caceres, Quarta, Venuti, Montiel and Kokorin) and I buy useful players (Armstrong, Ruidiaz, Demir, N’diaye, Dodo, Frabotta, Caleta-Car and Ahmedhodzic and also Garay for 0€). All the players that I buy are cheap, no big players (Armstrong 10kk, Ruidiaz 4.5, N’diaye 4, Frabotta 4.5, Ahmed 7.5). I pay more (around 15/20kk) only for Demir, Car and Dodo (Dodo comes only in Jenuary) but I sell good my players (Quarta 13, Vlahovic 10, Pezzella 10 and the others around 5kk except of Caceres and Borja).

Key attributes for me for this tactic: fast strikers with dribbling and flair, flair and passing for shadow striker (pace not so much important here), good all-around cm (tackling 13+, passing, determination, team-work), pace stamina tackling cross for cwbs, 3 tall defenders with good tackling (14+), jumping (15+), position and concentration (both 13+) and pace (12+). For me Ahmed score 9 goals and Milenkovic 7. 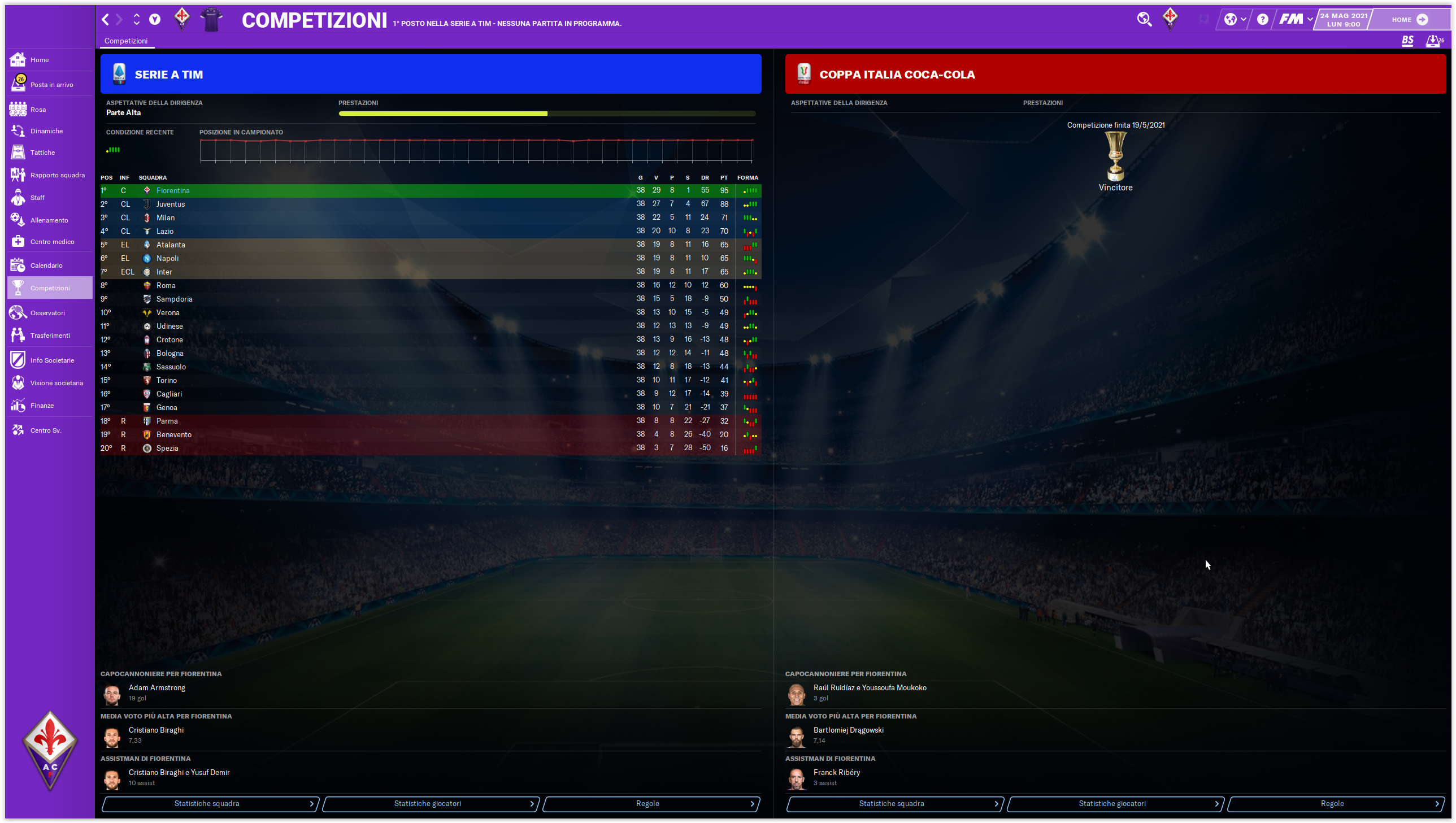 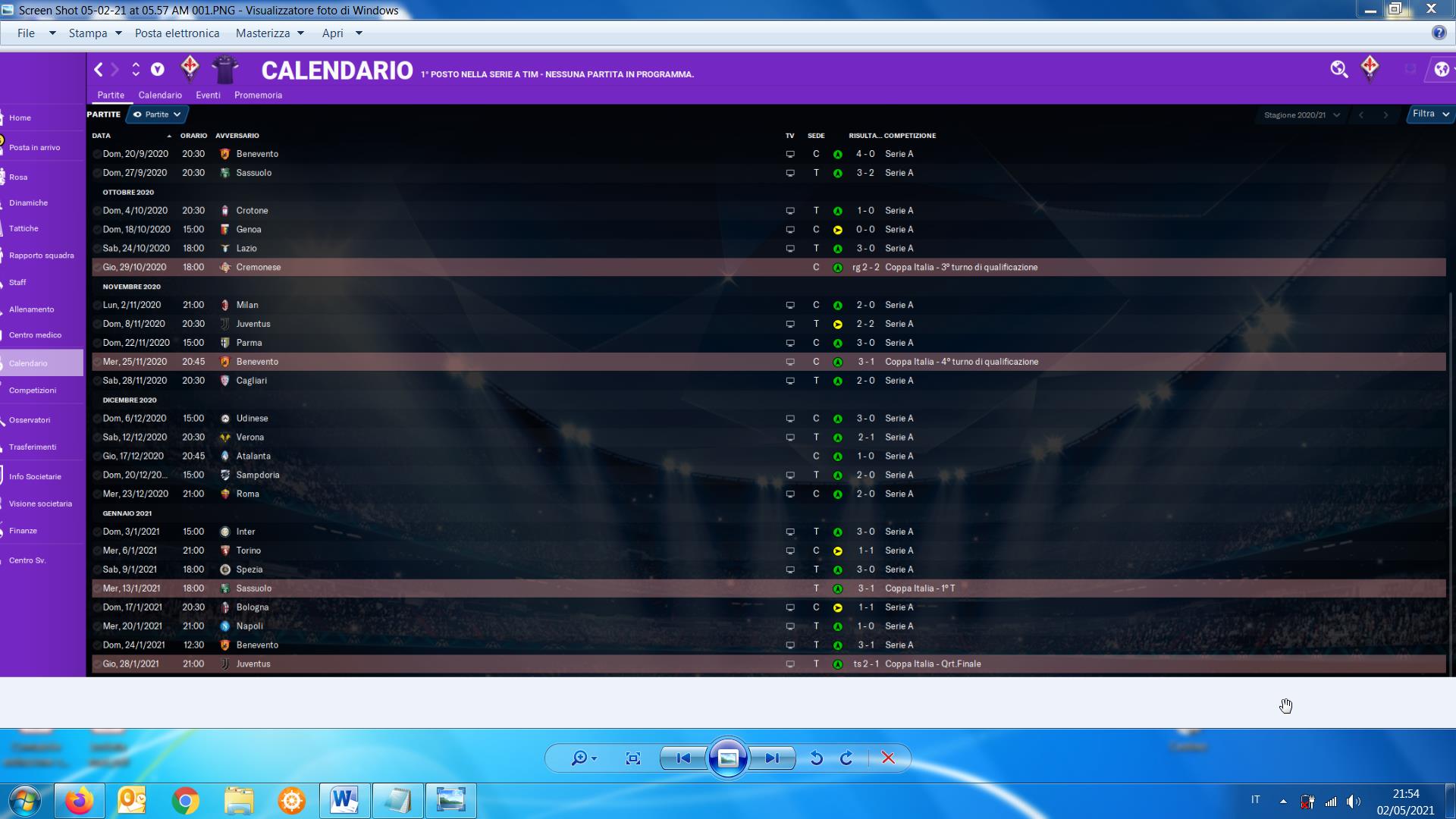 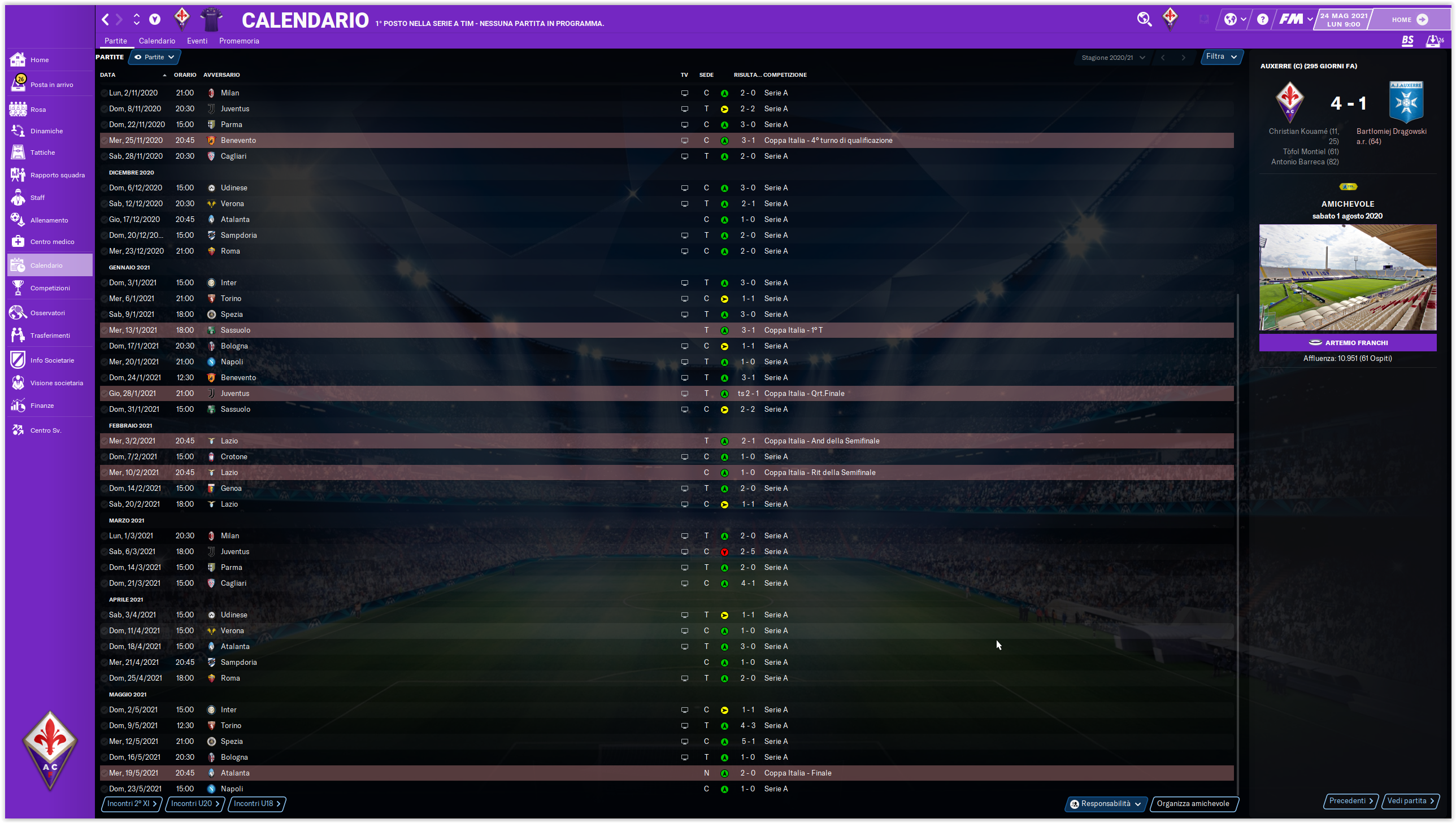 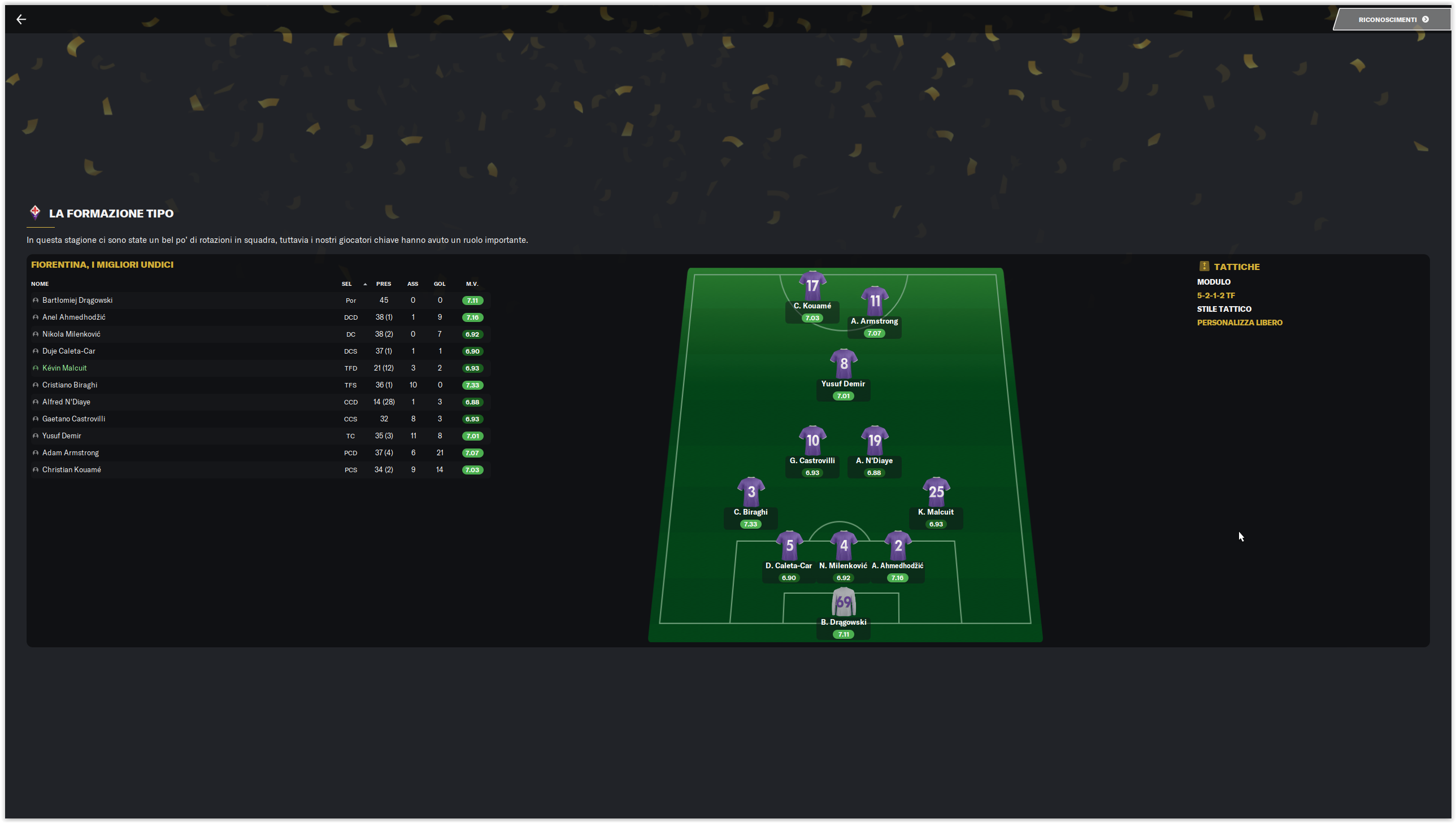 going live on twich zlatkovujevic12 to do preseason with huesca
R

Which kind of player do you suggest as TM? More phisical or more goalscoring?

radetzky said:
Which kind of player do you suggest as TM? More phisical or more goalscoring?
Click to expand...

those are two shortlist uploaded here while ago by babemocni, this should help

small squad but we will try to win CL
V 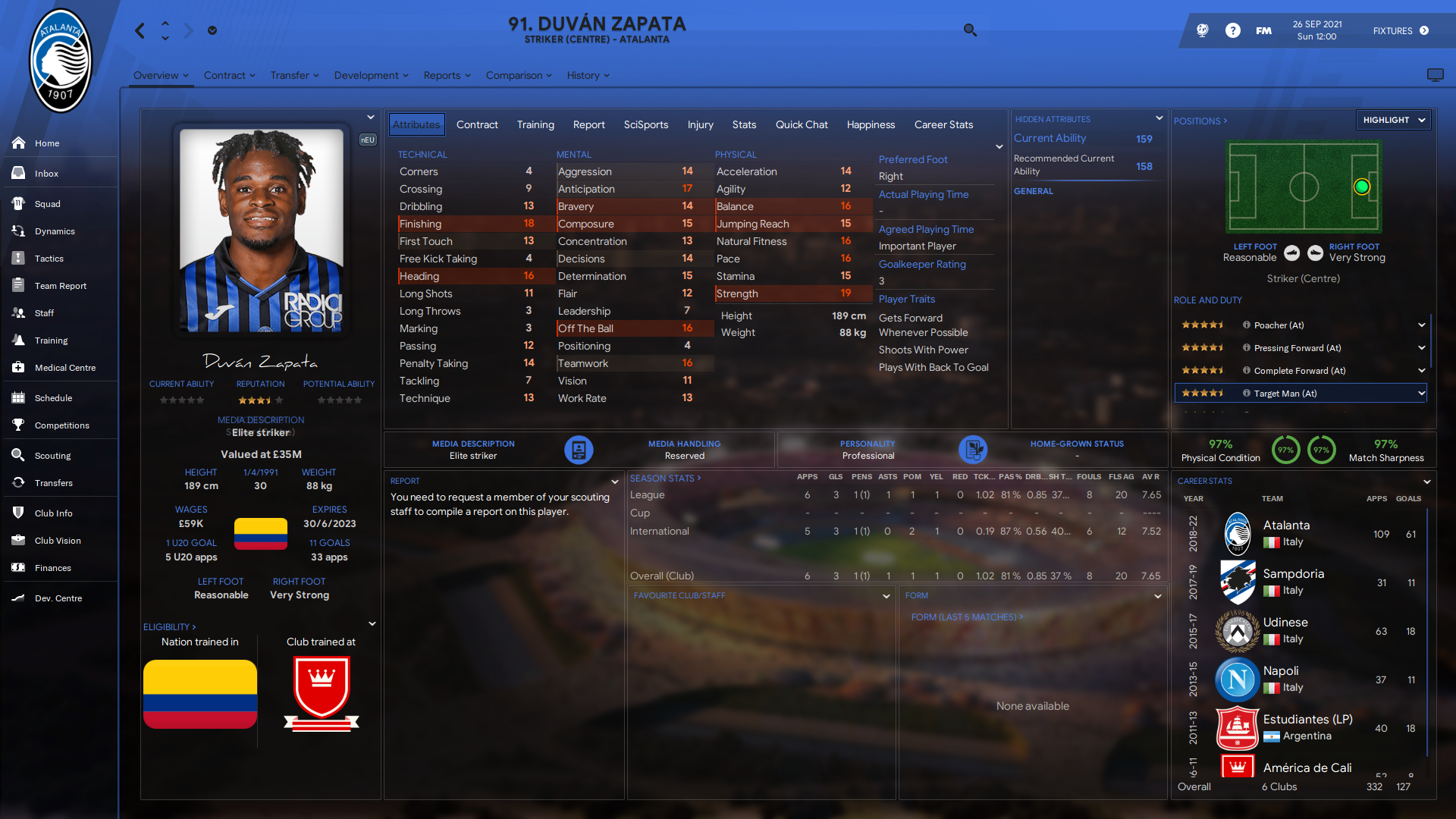 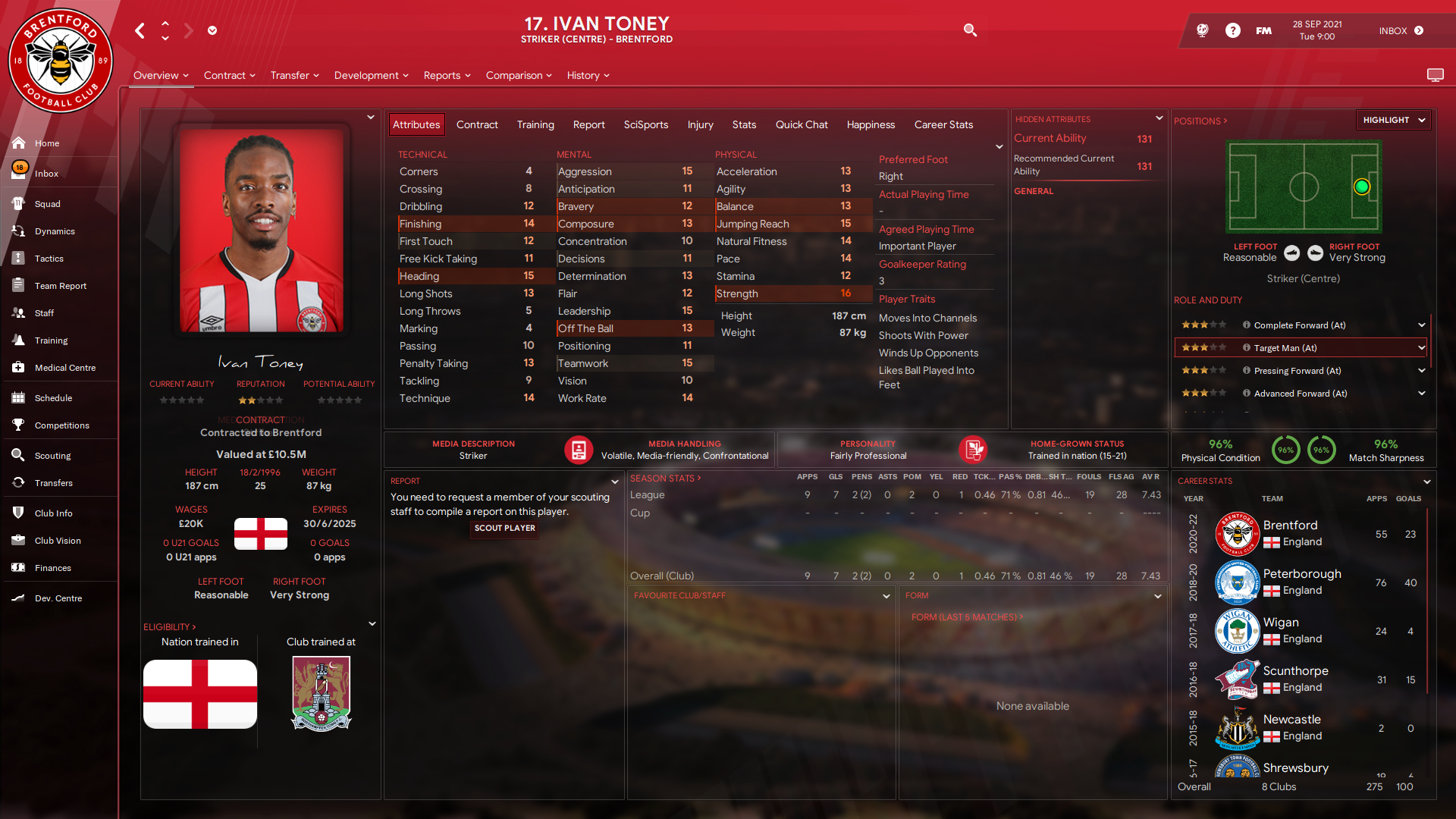 interesting player traits good speed and good all round
V 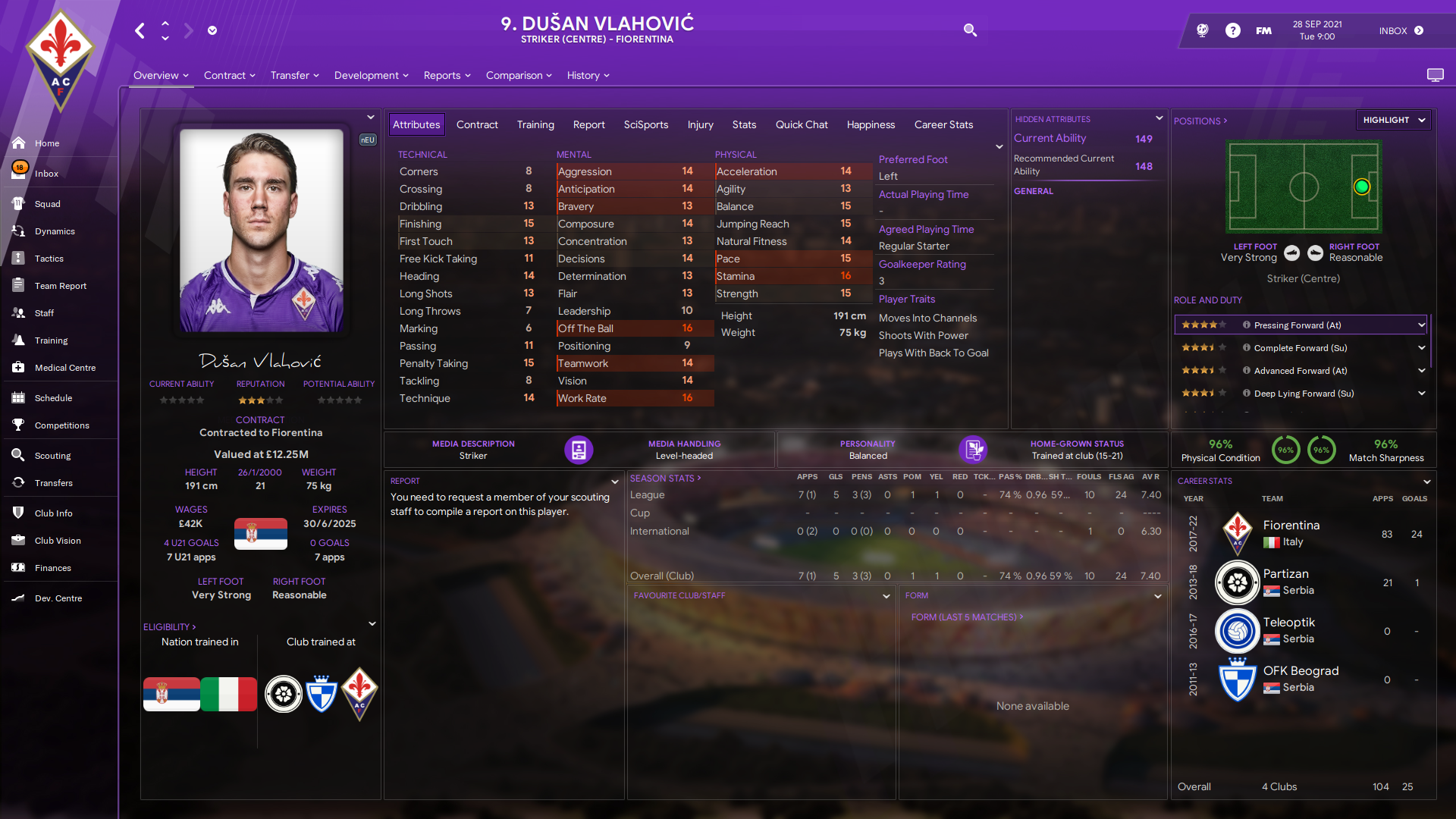 he can be your Batistuta

Perfect team for TM tactic is Atalanta and Inter,strong and fast TM and so many options in the middle,fast and good wingbacks and brilliant BPD-s.-no needed for any shortlists just put those two teams as one and you will have unbeatable machine

going live on twich to make guide for Milwal
S

I've been played tactic Vujevic against Strikerless-D! and it's awesome 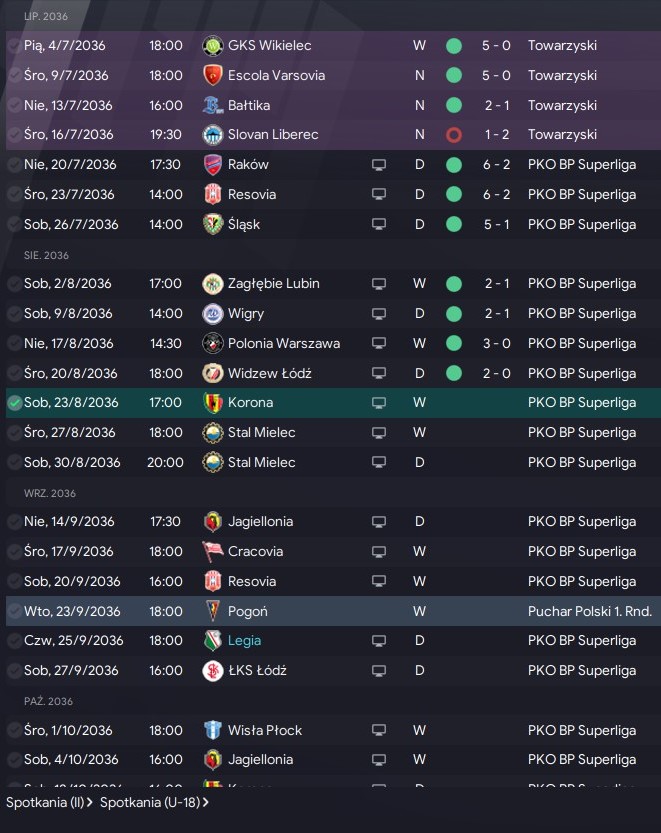