Welcome to the Fortress of Staffordshire.

Pulis Leaves Stoke City.
'We are going to struggle'.​


After number of rumours that Tony Pulis is leaving Stoke City. This has become true, it was announced last night by Stoke chairman Peter Coates. Coates told SSN news reporter ANDY GRAY 'Tony has left with immediate effect, this is due to family illness. Now that Tony has left after doing such a good job, I think that we are going to struggle in the league this season. The backroom staff and I have a few managers in line to take the vacant job.' Assistant Manager Dave Kemp will take over as temporary manager for the time been. ​ 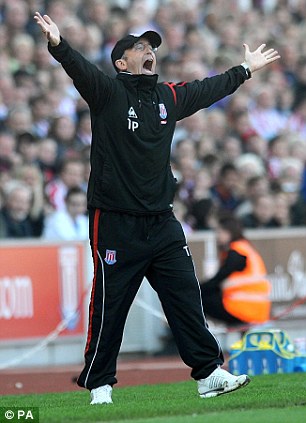 Family forces Pulis out of Stoke.​

Who's in line for the vacant Stoke job?
Assistant Manager favourite for Stoke job.​

Tony Pulis number 2, Dave Kemp is favourite for the vacant managers job in the Potteries. But former Liverpool & Inter Milan manager Rafa Benitez is also in line for the managers job. But the will the experiance of Rafa catch the eye of Stoke chairman Peter Coates. Peter Coates also said during a special interview with SSN 'We have to see where the club goes from here, with Dave Kemp in temporary charge. If all goes to plan we will ensure Dave will be the next Stoke manager'​
---------- Post added at 01:48 AM ---------- Previous post was at 12:56 AM ----------


It was finally announced that the new manager of Stoke City was going to be an inexperianced manager, by the name of Jack Millington. This is will be Jack's first experiance of professional football. Peter Coates the chairman of Stoke City told us 'We wanted someone fresh to take the vacancy, so I thought I would call my friend. Once I told Jack he was stunned and the first we he said to me was YES.' Also after the annoucement was made Dave Kemp reliased that he had no part left at Stoke, so he had also left with immediate effect. ​

Will Millington lead Stoke to relegation?​

Since the arrive of Jack Millington, he has had to bring in a set of his own backroom staff. So the new Stoke City manager has brought in Andy Renshaw as Youth Coach and Brian Eastick as Coach. Also Steffan Freund has replaced Dave Kemp as Assistant Manager. ​

Cheers Mate. Next update will be soon


New Stoke boss Jack Millington has beeen busy in the transfer window. Millington's first signing was Scott Loach from Watford for a fee around 1million. Millington said 'I'm delighted to welcome Scott to the club, he is a wonderful goalkeeper and will be back up to Asmir. But if Scott produces good performences in the upcoming league games, Scott could force his way into the number 1 spot'. Also Millington has brought in a number of other players, Charlie Adam has also followed Scott to the Britannia. The fee for Charlie is worth to be around 3million which could rise to 4.5million. ​ 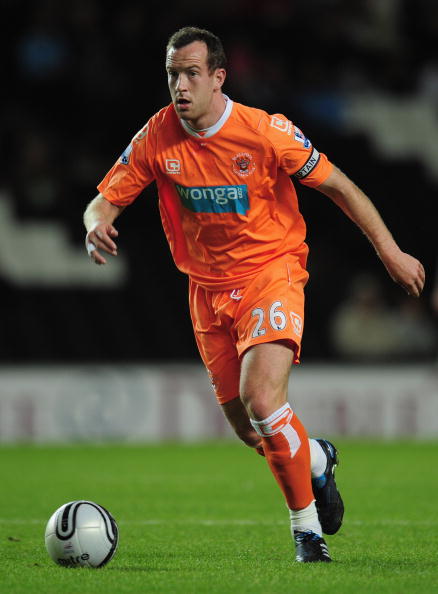 Blackpool's favourite leaves for the Potteries.​

Unbelievable August for Stoke.
Stoke win every game in August.​


August went amazingly well for Stoke City, they played 4 games, won 4, lost 0 and drew 0. This month included wins over Bolton, Sunderland, Tottenham and Charlton. The Potters lay top of the table at the end of the month, and continued there campaign through the League Cup. ​

Cheers mate, but struggling this month. will post update soon

Stoke City manager Jack Millington said to ESPN 'It wasn't the best of months for us, but we have to take some positives from the previous 4 games, I'm just disappointed with the loss to Man Utd as I didn't think we deserved to concede 5 goals'. Stoke kicked off there month with bad start with a 5 - 1 loss to top of the table Manchester United. Dimitar Berbatov with two great goals which were used for the goal of the month competition. And Chicharito finished the route with a header in the 90th minute. Jackson Martinez the Premier Leagues top goalscorer scored to make the scores 2 - 1 but then Man Utd just ran away with it and took there chances.

Looking great mate , august was great a fantastic win away at spurs will definately follow this
M

HaynesSCFC said:
Looking great mate , august was great a fantastic win away at spurs will definately follow this
Click to expand...

Cheers Joe, so hard to revise. FM is too tempting. ahahaha. update later, not so good either this month. aaarrrrggghhh
T

cheers mate. next update should be within the next 2 hours
H

miggo97 said:
cheers mate. next update should be within the next 2 hours
Click to expand...

Looking forward to the next update , will be viewing this regularly in the next few hours for the update , good luck for the rest of your story matey
M

Is Millington the right man for the job?
One win, one draw and two heavy losses.

Questions spreading around Stoke whether that Jack Millington is the right man for the job, or is the inexperianced manager to inexperianced for the Premier League. Millington has been under review after this month with only one win coming against Newcastle 1 - 0 with both teams ending up with ten men each. After Steven Taylor getting a early bath after 18mins. Followed by Ryan Shawcross for Stoke City, with Ricardo Fuller getting the only goal. Stoke lost 3 - 1 to second in the table Arsenal. John Carew opened the scoring in the first minute, but then Nicklas Bendter adding to goals. But then a well deserved 1 -1 draw with highley rated Man City, but then Stoke thought the month was getting better but the faced Chelsea. There is only one word for that and thats 'embarrasing' after losing 6 - 0 with Yossi Benayoun scoring a first hat trick in the Premier League.

Not bad mate, you have played some tough teams.
Please can you look at my new story
H

Great update , as i say il follow this for aslong as it goes on
M


New Stoke City signing Charlie Adam has been injured in training and been to see a specialist and has been given three months injury with a torn hamstring. Adam has been one of the star players for Stoke this season who are lying in a impressive 7th posistion in the Premier League. Adam will be missed even though he has scored one goal this season, but has made three assists this season and got one man of the match. ​

New Stoke City youngster Marco Veratti has been the most improved player by far this season according to manager Jack Millington. Millington said 'Marco has been a great asset to the squad with real improvement, he cost us a bargain for a fee of around 425k. Which now would probably worth a lot more. It was very hard to keep this deal under wraps, due to his current ability and his potential ability. Marco will turn into a world class player'. Veratti hasnt played any Premier League games this season for Stoke but has made the reserves squad on a regular basis.

hard luck on adam matey , good to see this youngster coming through for ya tho

put this back up to the top , hopefully another update sometime soon matey ?
B

i sold fuller! sorry'son! etherington! wilko, higgsy + many more to fund my team

brought loads of youngsters including dodo, areola, varane, zenzinho (really not happy with him!), lucas and either blended em in or farmed em on loan. They will all be coming through in year 3.

i spent £83 MILLION !!! altogther on 48 MONTH DEALS, was that wise??? im not sure
WHAT HAPPENS IN MY NEXT SEASON? WILL I GET GIVEN A TRANSFER BUDGET AT ALL???

i sold fuller! sorry'son! etherington! wilko, higgsy + many more to fund my team

brought loads of youngsters including dodo, areola, varane, zenzinho (really not happy with him!), lucas and either blended em in or farmed em on loan. They will all be coming through in year 3.

i spent £83 MILLION !!! altogther on 48 MONTH DEALS, was that wise??? im not sure
WHAT HAPPENS IN MY NEXT SEASON? WILL I GET GIVEN A TRANSFER BUDGET AT ALL???

cheers mate, loving the feedback. not a bad team had Diego Renan on FM10 as a right back will try at the end of season or in january. But next update might be tonight.

1 word , CLASS that stoke team is mega Ben , and Jack really looking forward to the next update will check throughout the night , keep posting

Whens the next update mate ?
M

Latest update from The Potters.
It's late but The Potters going well.​


Here is the latest update. Stoke City are going well in the F.A. Cup after pulling a suprise 1 - 0 victory of The Gunners, and then qualifying for the quarter finals after beating Newcastle 2 - 1 at the Britannia Stadium. After getting demolished by Chelsea 6 - 0, Stoke came back with a 2 - 0 over Everton. Jackson Martinéz has been the best player in this Stoke squad by a mile by scoring 23 goals, and 20 of them in the league which gives him the edge for the Premier League Golden Boot, with a edge of Man Utd's Wayne Rooney who is on 18 league goals. Some disappointing results for Stoke, but then some great results for The Potters who find themselves lying 7th in the league. Also Stoke done the double over Tottenham Hotspurs who are aiming for a title challenge this season, but now Millington is aiming for Europe after doing well this season. 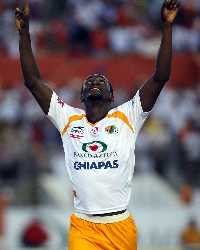 Martinez has banged in 23 goals this season​


HERE ARE THE RESULTS:​