After a bit of experimenting, I tweaked my previous tactic, Assymetric Raumdeuter a little bit too much and thought this is a slightly different approach in on itself.

The focus with this tactic is possession and hard aggressive pressing, coupled with a very swift attacking movement. 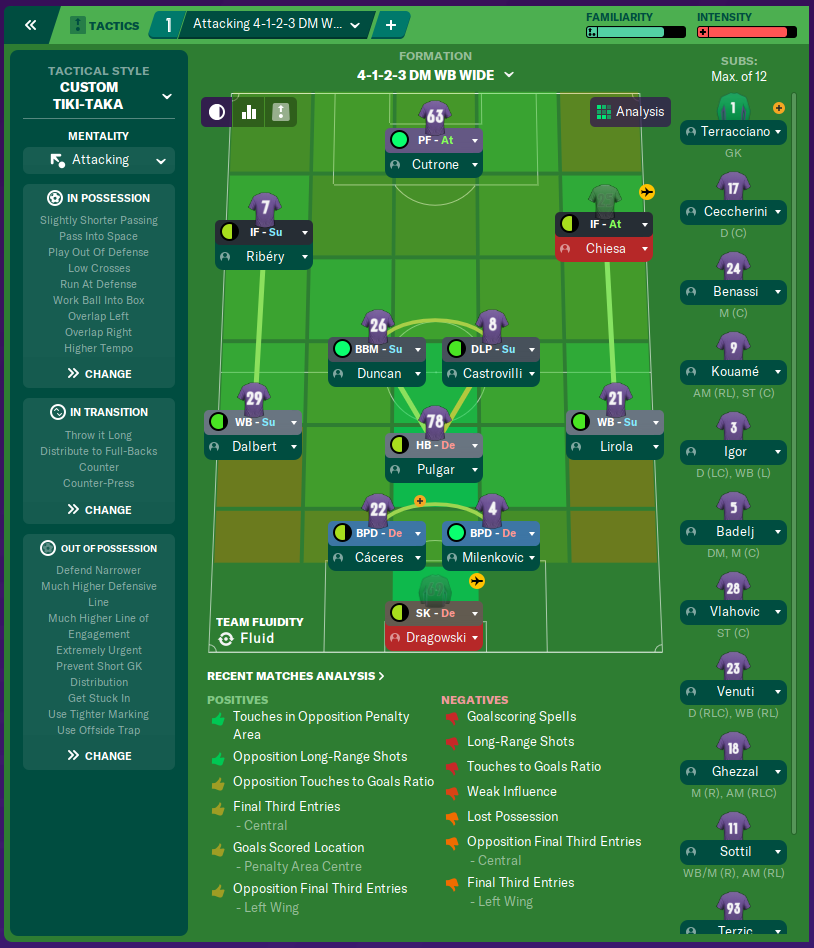 In the game, I feel this acts more like a 3-4-3 rather than a 5-2-3 as it might look on paper. Wing backs are a fascinating role and I feel they are underestimated sometimes in their versatility.

With this formation, the wingers lost by the use of the more dangerous inside forwards almost can't be felt because of the potential of the wing backs. With their more advanced role, they bring a constant stream of crosses while also attracting defenders for the inside forwards to move into channels.

Half back will also provide surprising attacking numbers because of their quick recovery of possession, opening up potential for direct counter attacks.

I finished a season on holiday with Fiorentina to test it. Here are the results 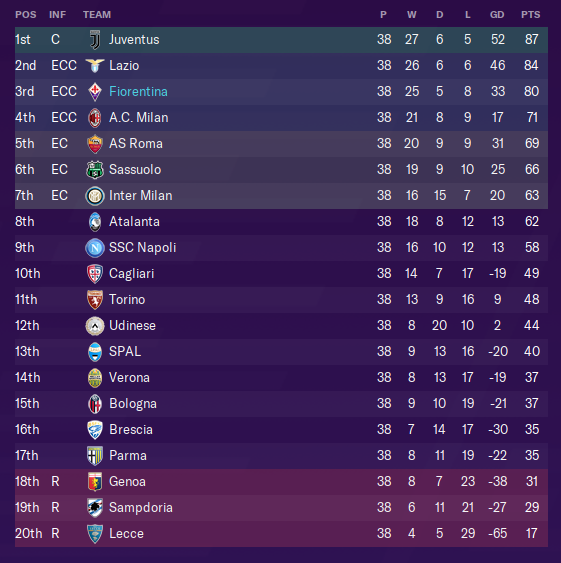 To prove the attacking proficiency of this tactic, take a look at the percentage/number of shots on target:

On a closing note, I am by no means the best tactician here, nor do I follow the tactic meta very closely. This is just an interpretation of a system I envisioned and it might not be the most efficient solution out there. Is it good though? I would say yes. Does it have potential for tweaking and being even better for your team? Of course. Getting the right players for each role would pump this up a bit I think (I didn't change the team on this save, as it was just a test). Thank you.