Hey there! Yes, you. Do you feel like your tactics always have really weird shapes? Does your skin crawl at the idea of a simple, not unnecessarily complicated tactic? Great!

In my search for a well working tactic, too many times I found myself thinking of a formation that the God Thomas Muller would make sweet raumdeutering love with. I came up with a kinda curved to the right formation, but I remember I read somewhere people tend to like curved more so yeah.

Like a few hours later, my brainchild was born. Behold. 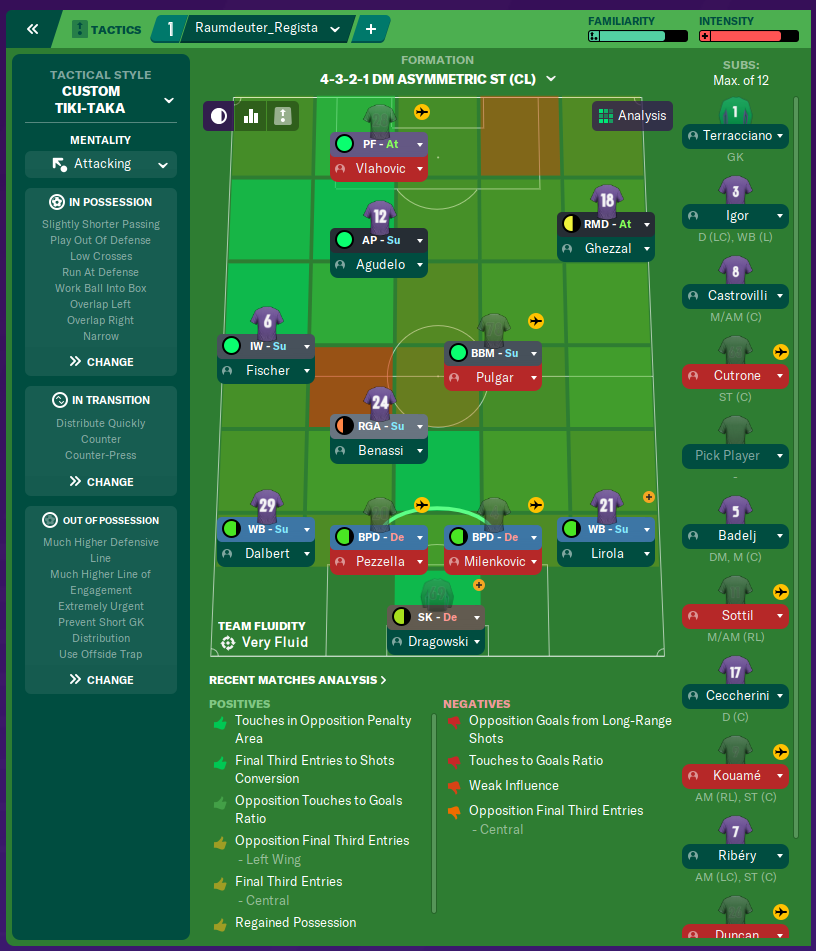 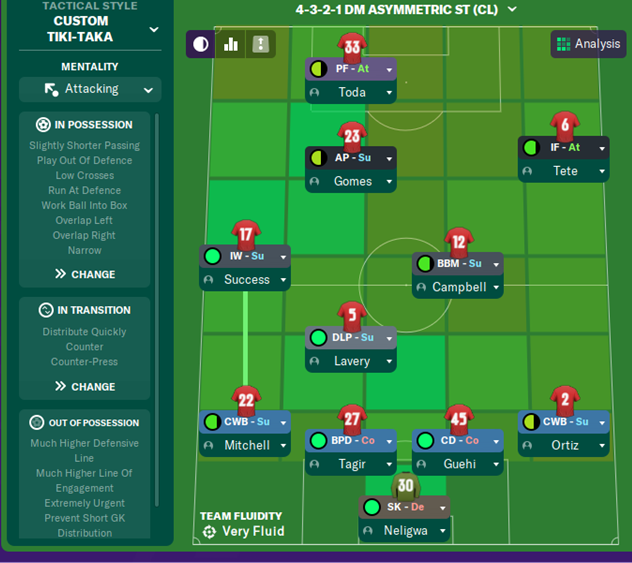 Lower league teams usually don't have fancy Raumdeuters/Registas. Due to received feedback, this is a working setup too. The team you see in the save is Leyton Orient in the Championship.

Changes :
Defenders set to cover/ No offside trap due to worse quality of defenders.
Regista -> DLP (next best thing)
WB -> CWB to compensate for less attacking options because of DLP
Raumdeuter -> IF, works very similar as long as you let the IF roam from position.

I recommend this variation for lower top 5 leagues and subtop/midtable teams outside of the top 5.

You're probably asking yourself:
Well, the base of the tactic is in fact a tiki-taka kind of style. That means tempo isn't high/very high, passes are shorter, crosses are lower (this will all be relevant later).

The overloading of the left side is very important in fact. This creates space for the RWB/ Raumdeuter to make runs. Since the whole defence is attracted towards the left side which is overloaded, a lot of space frees up on the right. With the right circumstances, this will result in a great low cross/shot by either of the right side players. Crosses won't go in the overcrowded part of the box, because of the lower tempo and shorter passing mentioned above. This usually gets a lot of goal to the Regista/BBM lurking at the edge of the box, completely open (also because of the overloading on the left).

On defence, hard tackling and alert pressing to cut attacks off before they can get dangerous. Given that Regista is a role that provides 0 defensive coverage and the BBM can't always track back fast enough, we are a little vulnerable to counters. Constant pressing offers safety before it ever gets to that.

Understanding the key roles in this formation, the Regista and the Raumdeuter is crucial. The regista is basically a roaming playmaker with 110% creative freedom. You need great Flair, Teamwork and Vision on this guy. Ideal for not-so athletic visionaries. With his roaming and vision, the Regista glues the whole team together. Will participate in a lot of goals and probably top key passes.

The Raumdeuter, a role bestowed to mankind by the merciful Lord Thomas Muller is basically just a wide poacher. I just like Thomas Muller for some reason and wanted to include it. Jokes aside though, with the off-the-ball freedom the Raumdeuter has, he will either always find a channel or free up a defender for the wing back to go for the cross. If crosses/passes come from the left side, he will always try to be at the end of them. Mentals and Workrate are crucial. Tends to assist more with my tactic.

Now to the only part everyone ever reads completely. Currently using on my save with Fiorentina, only signing Viktor Fischer and things are going smooth in the first season so far. Only lost the first game 0-1 to Torino. Exclusively used RIbery as a Raumdeuter. 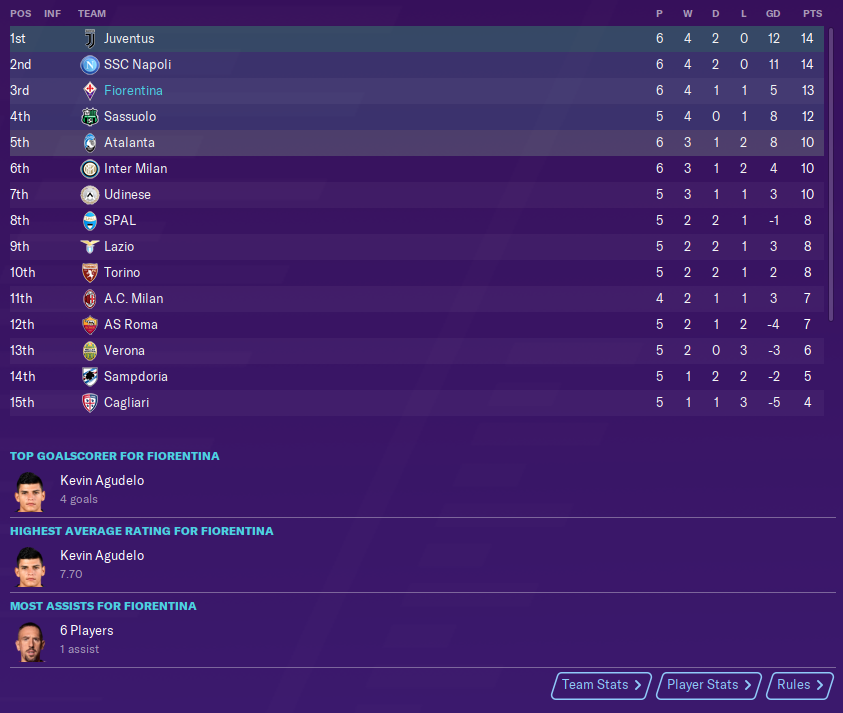 To test this tactic, I also ran a full season with no transfers/holiday with Mainz. Finished in 4th and qualified for the Champion's League. Media prediction was 12th. 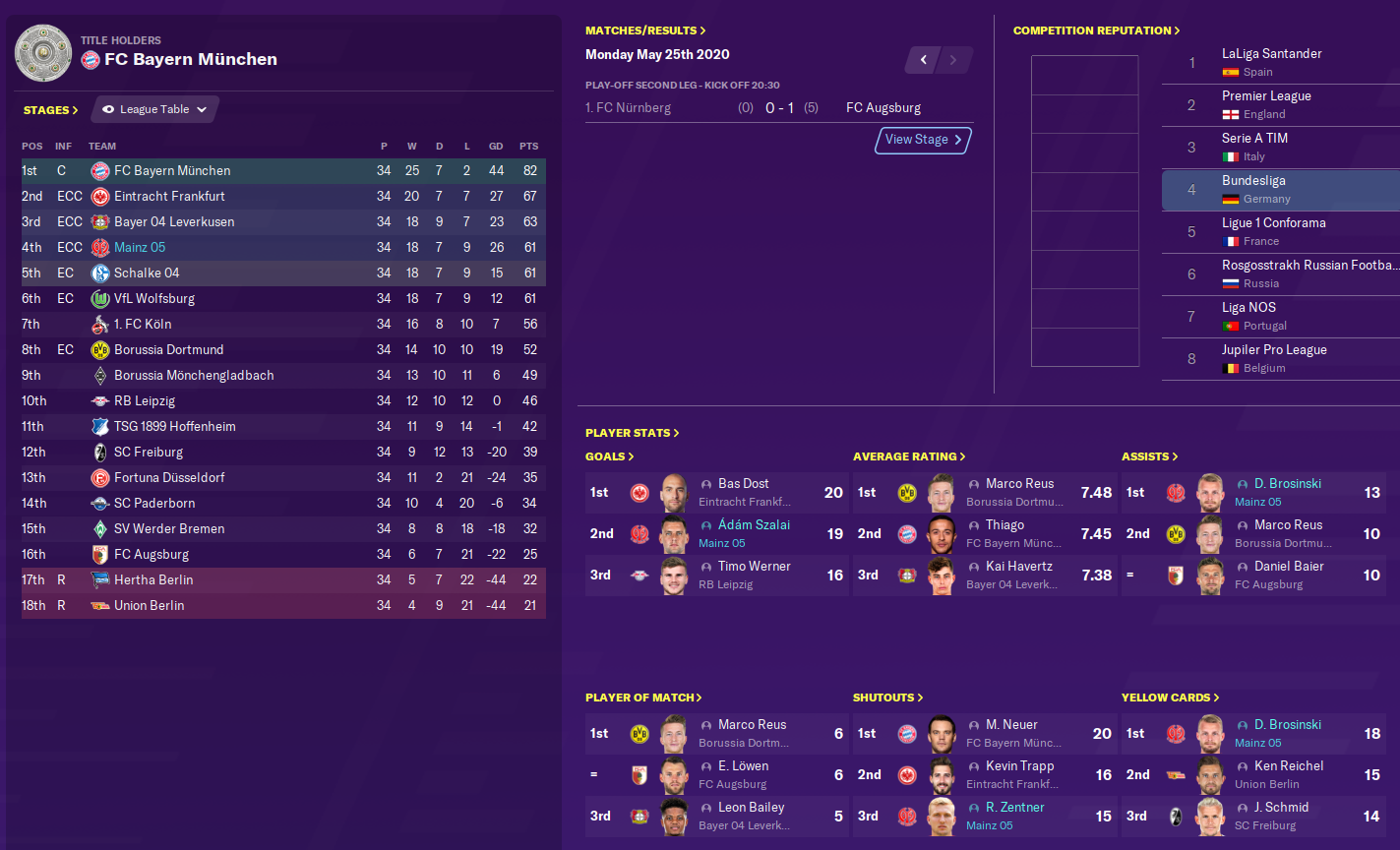 The world class, household name striker Adam "Bullseye" Szalai ended up with 19 goals. In true pashunate fashion, Daniel Brosinski tops both assists and yellow cards. Fighter. Think of the things he could achieve if he wasn't breaking legs half the time he's on the pitch.

I will come back with more updates on the Fiorentina save.