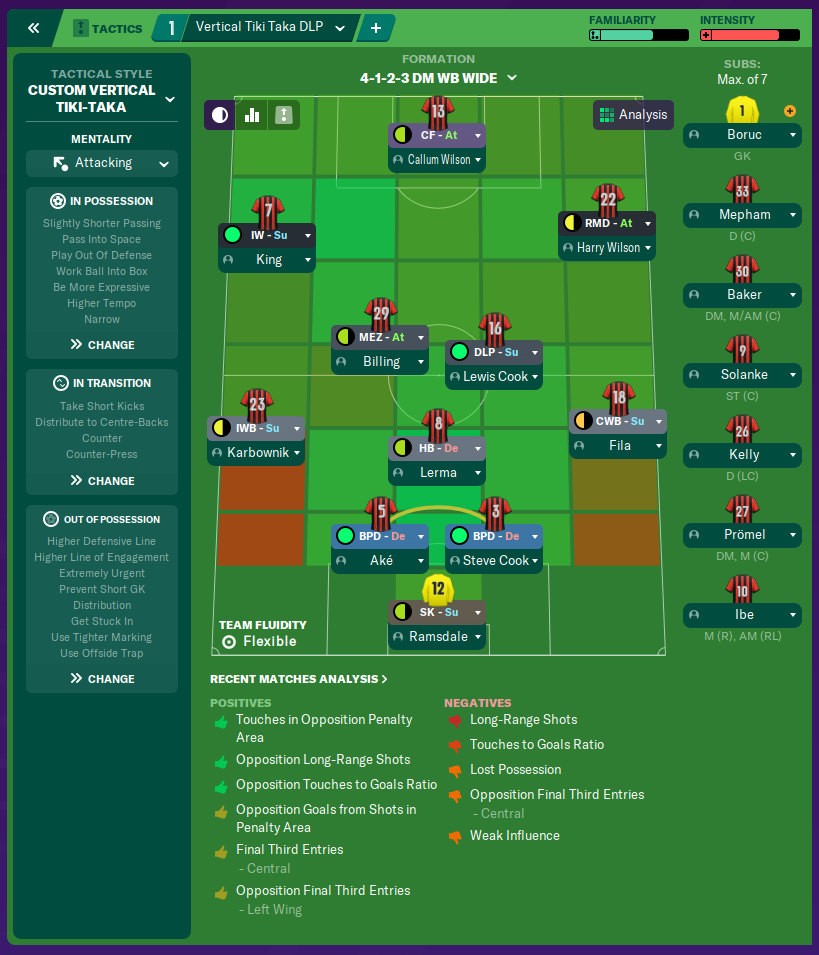 PL Table after the first 11 matches: 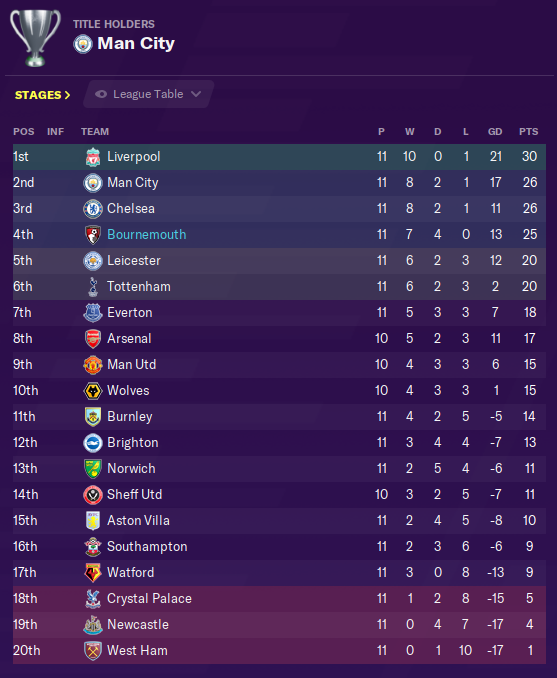 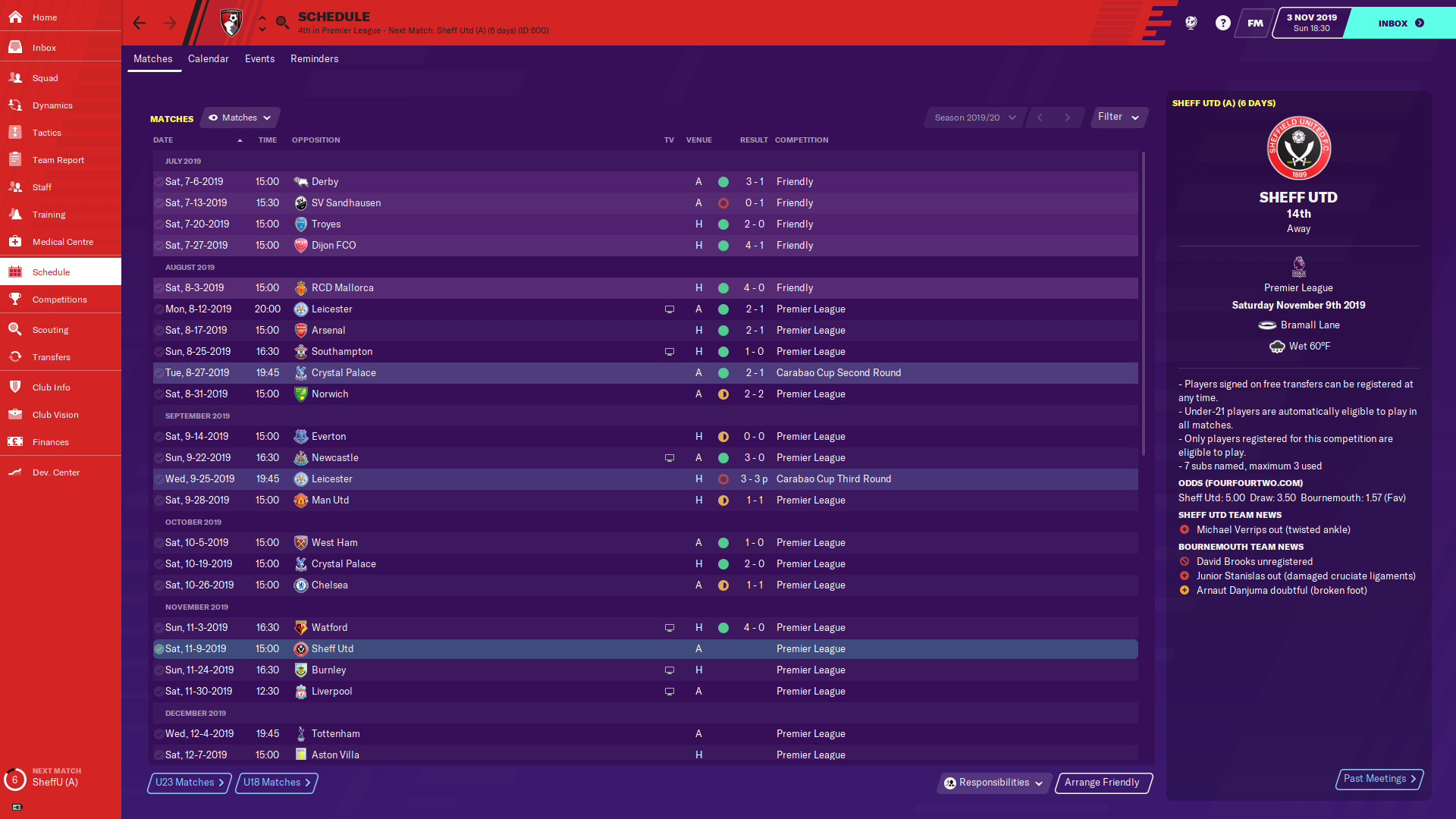 WBL - IWB : Provides better help centrally on the side of the Attacking Mezzala, who tends to drift wide. More central position helps him distribute the ball in more directions.

WBR - CWB : Makes use of the DLP sitting back more as opposed to the opposite side's mezzala by attacking wide and looking for runs from the Raumdeuter/Striker/Left Winger/Mezzala.

DC - BPD : Use same foot as side. Not much to mention, they need to be good at playing the ball since there are less super-safe passing options due to the use of WB.

DM - HB : Acts as a third DC. His job is mostly to help advanced pressing and sweep through balls.

MCR - DLP : Pivotal role. By sitting deep he gets to put anyone on a good run. Ties the defending and attacking front.

MCL - MEZ : On the wingerless side, very important for providing extra width and overcrowding the left side to make room for the Raumdeuter on the right.

AML - IW : Cuts inside and lurks at the edge of the box, can usually create spaces as the mezzala cuts wide and he cuts inside.

AMR - Raumdeuter : Benefits from the whole approach of the tactic. IWB and IW on the opposite side means there will be a total of 4 people crowding the left side while attacking (with mezzala and striker). This creates a lot of space for his attacking runs through to either cross or score.

STC - CF : Holds up play, sometimes attracting marking away from the Raumdeuter. Must be a good, all around forward. Might work better as a pressing forward for weaker sides. I have to test.

Tested 1x with Bournemouth, no transfers (tactic without some tweaks I made later) - 4th, media pred 14th
-54% avg possession
-most chances created in the PL
-low-ish no. of goals

Testing on my current save. Will post updates.
-56% avg possession 11 games in
-most chances created in the PL 11 games in
-considerably better no. of goals
-more avg points so far.
-2nd least conceded