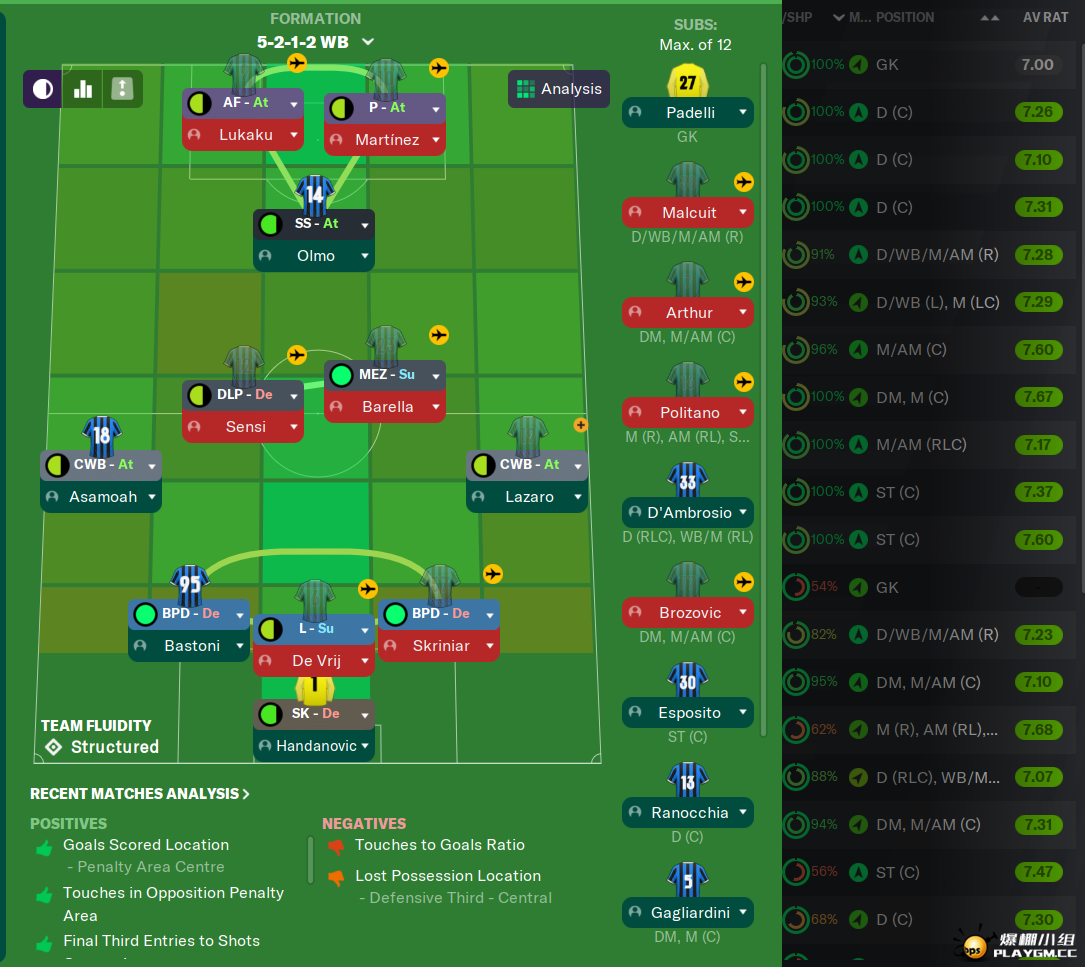 Notes:
Getnewlife believes this to be the most satisfying formation in the current patch, to watch and get results with.
They bought in Dani Olmo to play as the Shadow Striker.

The formation has basically no requirement for the players but ensuring they don't have traits that conflict with the roles/instructions they are using. Specifically the CWBs should not cut inside.
DLP-D should also not be encouraged to dribble or get forward.
Both strikers should be good at heading and very mobile.

Style:
Long passes up the field and a lot of shots. There is basically no tika-taka.
Both the strikers are the top scorers throughout, with the AMC behind. Even the CWBs get involved to which is why they should be capable of finishing.

Results:
While there is no screenshots of result, the author has said in the first year they done the triple (Seria A, Europa, Coppa Italia) with Inter Milan.