Download
Overview History Discussion
Hi everyone,
Glad to be back in FM2021.
It's late in the game now.
Inspired from Mr. Park of Vietnam Nation Soccer Team and Mr. Tuchel of Chelsea FC for their formation of 3 CBs in the back.
First, my type of tactics is Attacking style. I got 3 BPD from the back, two Defend on both side and Cover in the center. It's the base for my two complete wing back to get side attack. Two B2B which is my favorite type of central midfield to support for my AP (A), he will be the main creator for my tactics. For the best scoring result, I used two Advance Forward up front. (I already used one AF(A) and one PF(A), but in some testings, the two AF(A) is better) 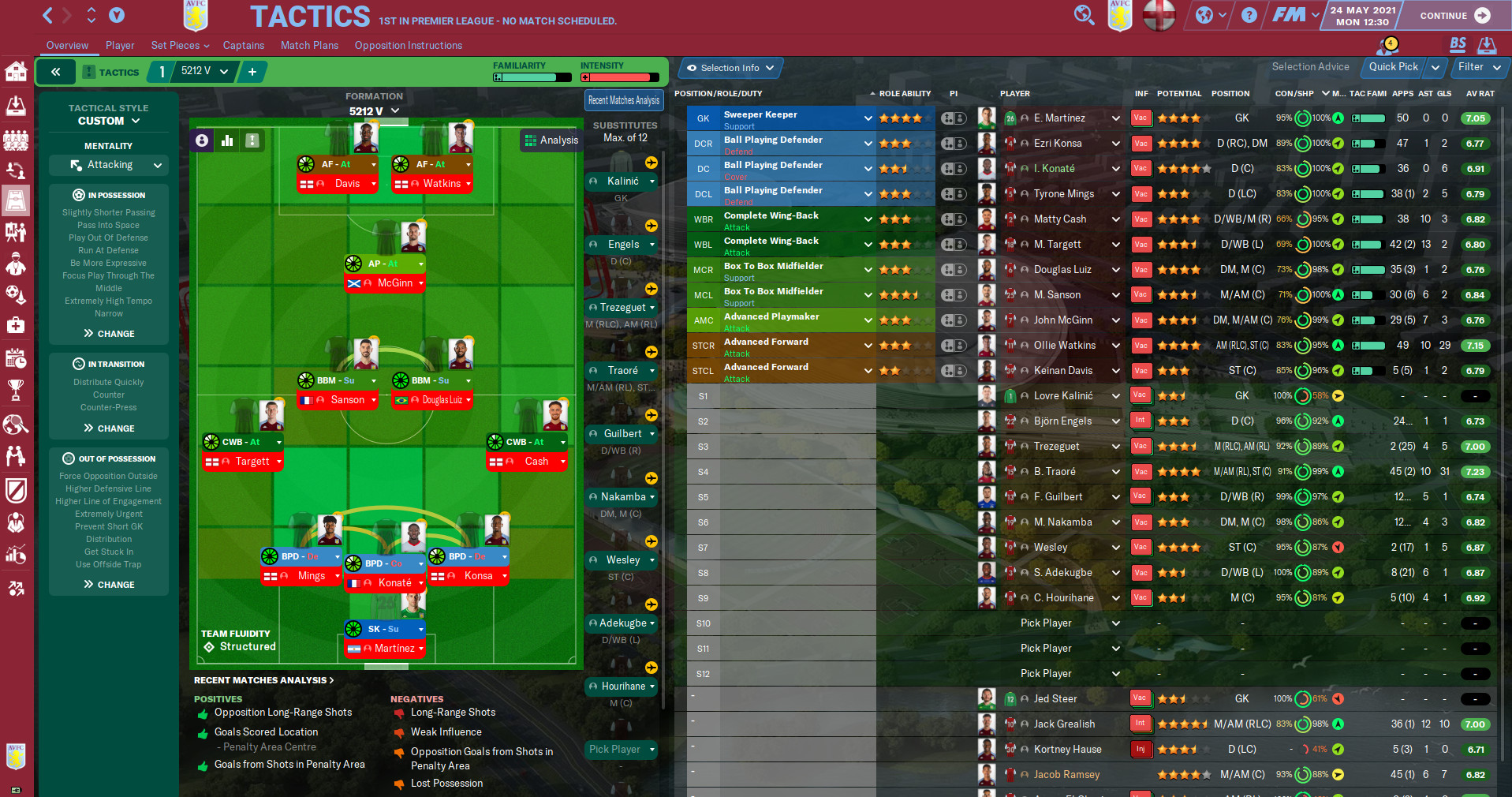 Second, the result seems very fantastic. Yep, for Aston Villa in the 1st season to win the premier league. And how to run it, I left all the responsibilities to my staffs (Training, transfers, press conference ...). My tactics was built to plug and play. I used the Pr0 transfer update, so the loan of Ibrahima Konate from Liverpool could be a very big affect of winning the Premier League.
I played a couple matches in the beginning of the season and then I left it to my assistant to the end of the season. After a rest, the season was done to win the Premier League and Carabao Cup, got Runner Up in the FA Cup vs Liverpool. 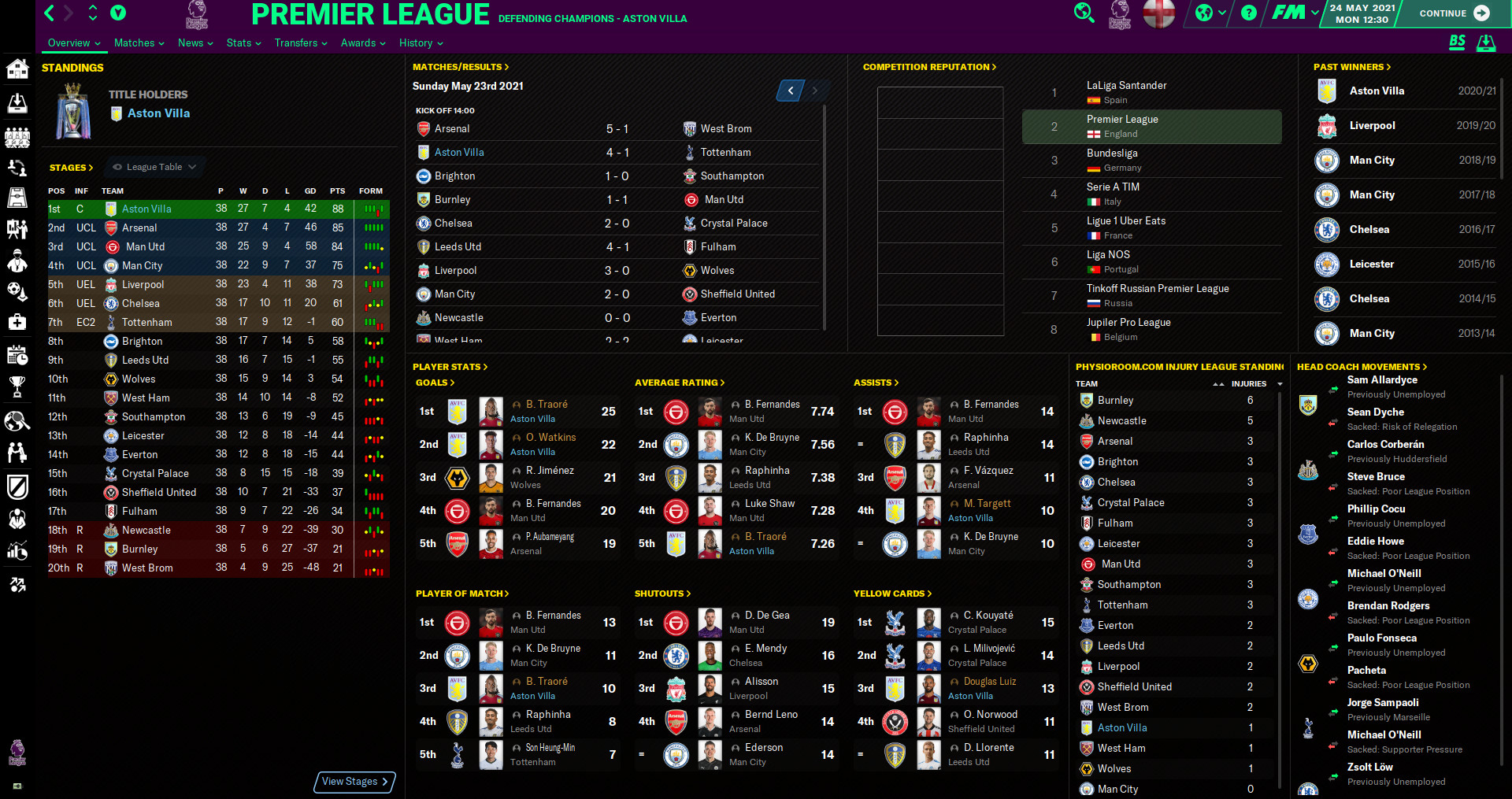 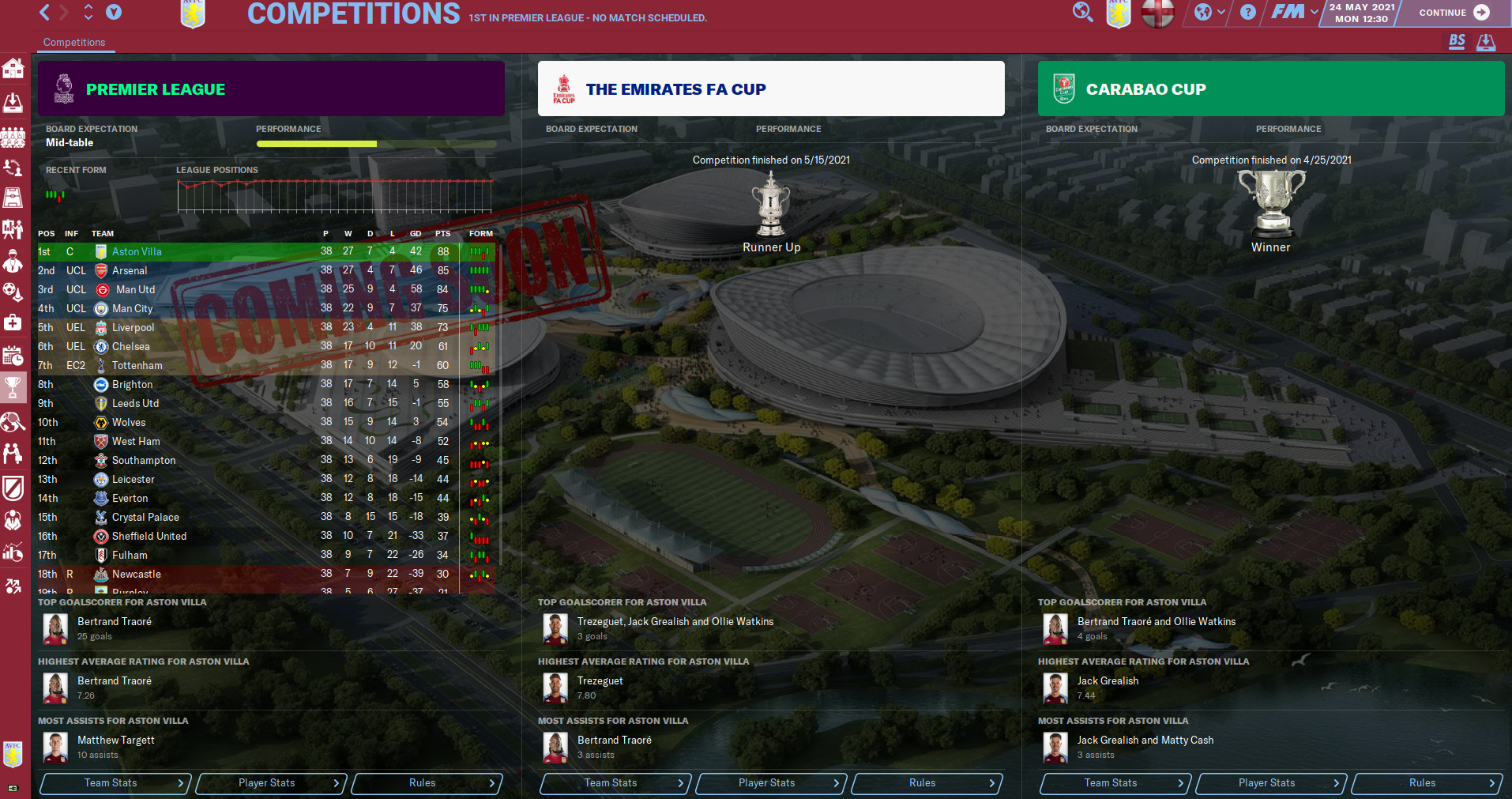 You can see both my strikers were the top scorers the the League. With tier 2 players, I could win the league. Let's see if we can do it with top tiers teams. 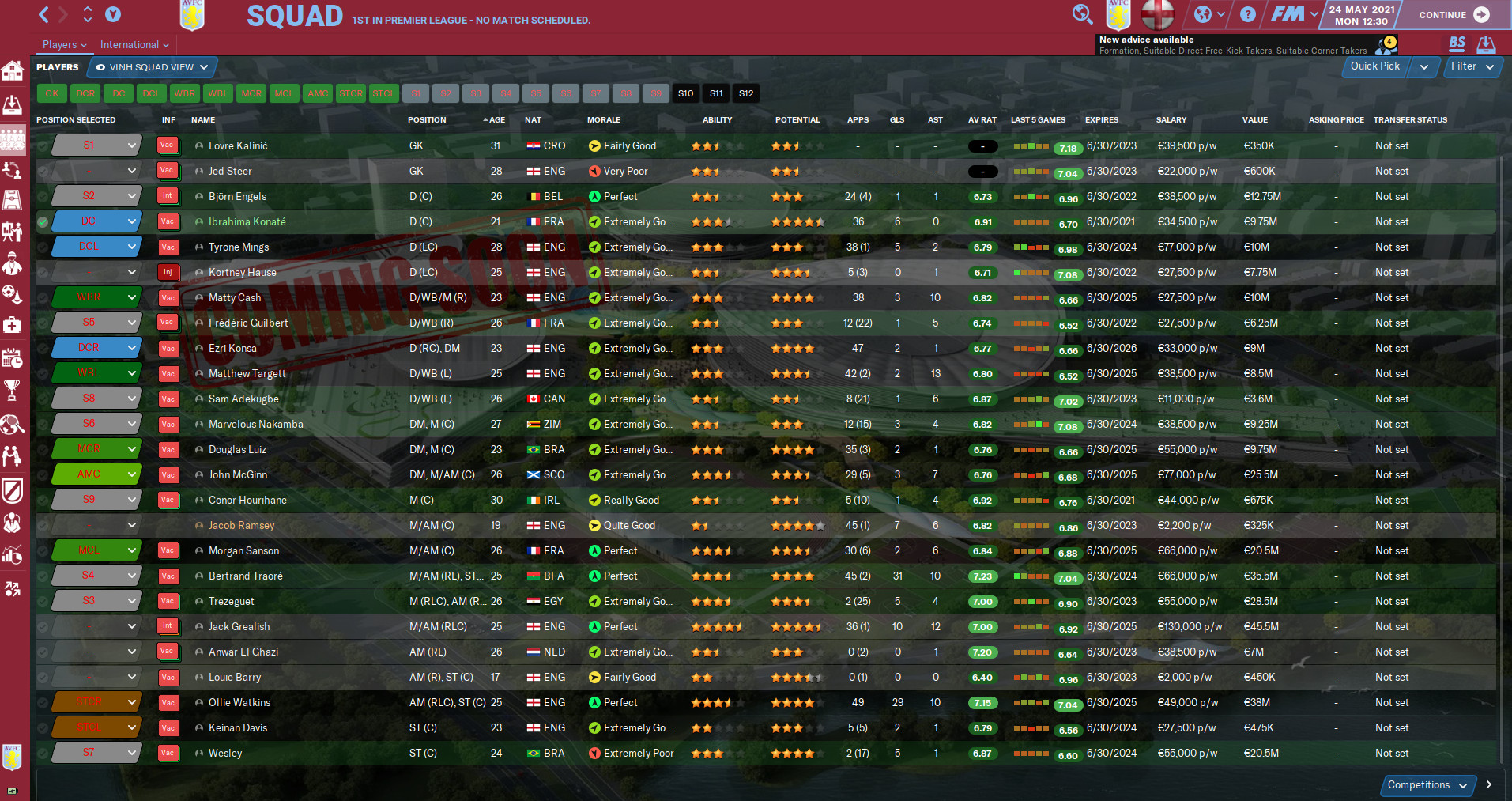