Download
Overview History Discussion
I've been back to Wales and sometimes struggled to brake the very defensive lines the opposition deployed. So I was thinking..hm maybe drop the CB all together.. which ended up looking like this: 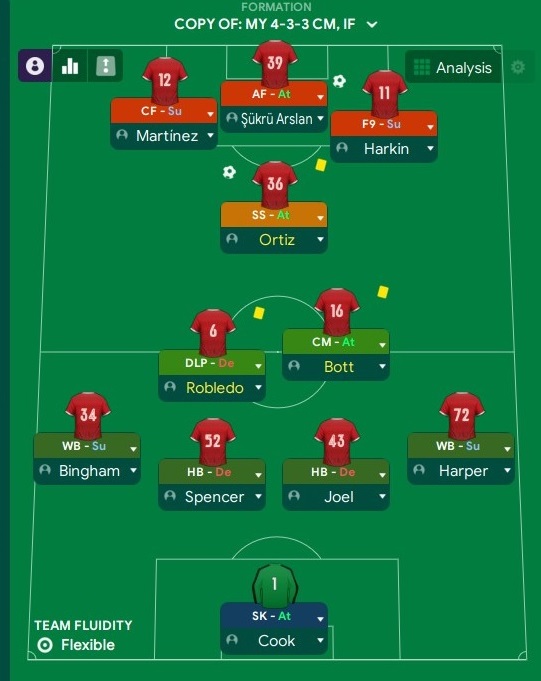 While playing out the game I realized that this was a really stupid idea the opposition simply had to play long balls over the back and where through to my goal already, however offensively it looked really promising. So I decided to drop the HB idea and just go with a traditional 4 at the back formation: 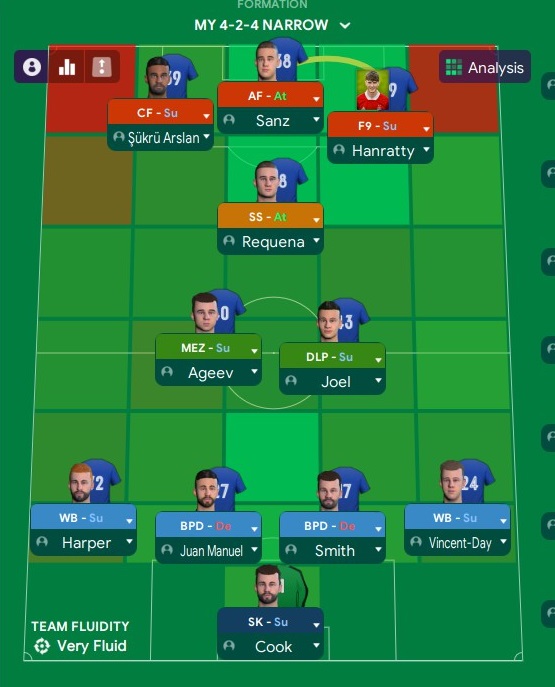 What players should I use and what should I look for?

Well up front your AF is your main goalscorer so he has to be good/very good at finishing, first touch, composure, decisions, off the ball, anticipation. Pretty much the attributes you are looking for here are what makes an AF good.
For the CF you want someone who is at least decent in front of the goal, doesn't have to be as good as as the AF tho. In addition to this he also have to have decent creation method and idealy is decent at crossing aswell since he'll drift out wide.
The F9 is your main offensive creation tool. So he has to be good/very good at vision, passing, flair, agility, balance. He also has to be decently fast. He will also drift out wide, so keep that in mind.

For your defence you are looking for fairly simple things basically just look for attribute they'll need for their specific role, you will want your WB's too be decent at going forwards tho.

GK has to have good composure, decisions, and concentration.

What setpiece takers do I use?

Like in my other tactic you are free to use whoever you want but your centerbacks and wingbacks. Your centerbacks are your main goalscoring threat off of corners and your wingbacks stay back so if you let them take the set piece you might end up with nobody at the back.

Which setpieces do you use?

Well I've to be fair here I'm using the setpieces that Duke created for his 4-3-3. 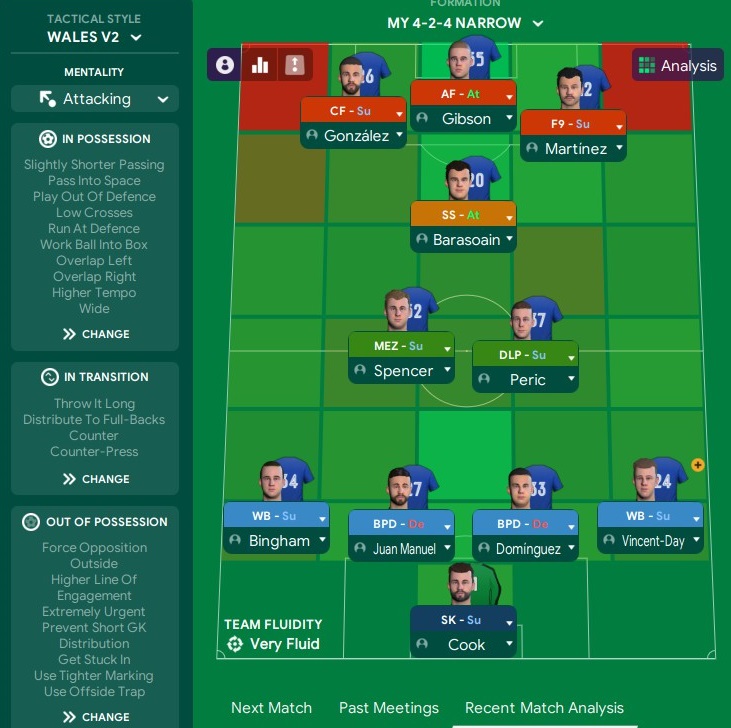