Download
Overview History Discussion
This is the first time I'm doing anything like this so keep that in mind.

I've molded and used (sort of) this tactic from Régional 1 til and in Ligue 1 in France of course.

Well I've found that I'd often get exposed in defence with every other tactic; 4-2-3-1, 4-4-2 or narrow formations; so I decided that I wanted a defensive midfielder to provide some cover for my mezzala's.

What kind of players do I need for this to work?

Obviously you need a fast AF (Advanced Forward) and fast wingers aswell as fast wingbacks. Your wingers have to be decent at crossing but don't have to be the best in the world so 10+ should suffice. Wingers should have better crossing and pretty good finishing aswell; They also need decent workrate so your wingback doesn't have to play 1v2 the entire game. Here is the striker and the winger I'm using:
Striker: 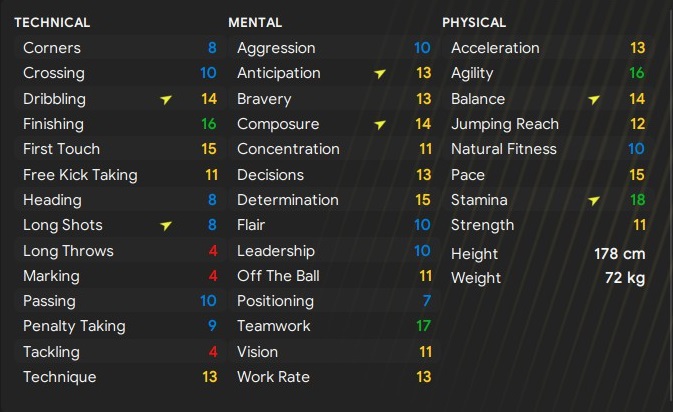 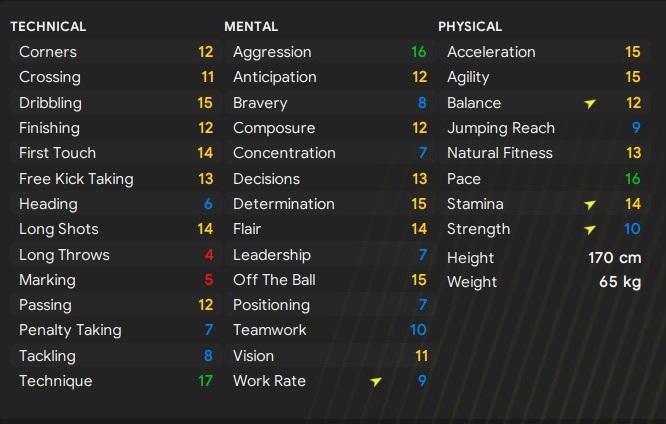 The left mezzala is the guy that is making runs forward and is also a goalscoring threat aswell as a kind of playmaker since mezzala's also have "take more risks" as instruction, so he needs to be good at finishing while the right mezzala has to be good at tackling.
Your Dlp has to be a good playmaker basically who is also good at tackling so look for 14+ vision, passing, first touch, teamwork, off the ball, composure, tackling etc. those are the most important ones in my opinion.

Your centerbacks have to be decent with the ball so they need decent to good passing and vision but most important is that they are fast, at least 14 acceleration and pace.

You will want to have at least 10 technique, passing, first touch on everyone but your goalkeeper.

You can basically use anyone you want but don't use your centerbacks or your wingbacks to do it since the centerbacks are your main goalscoring threat off of set pieces while mostly one of your wingbacks is one of the guys staying back.

I prefer using right footed players to take the left corner and left for the right corner. With free kicks I've no preferences I just use whoever is the best no matter the side, take in mind that you shouldn't use your wingbacks or your centerbacks to take free kicks either (you can tell them to take direct free kicks though). 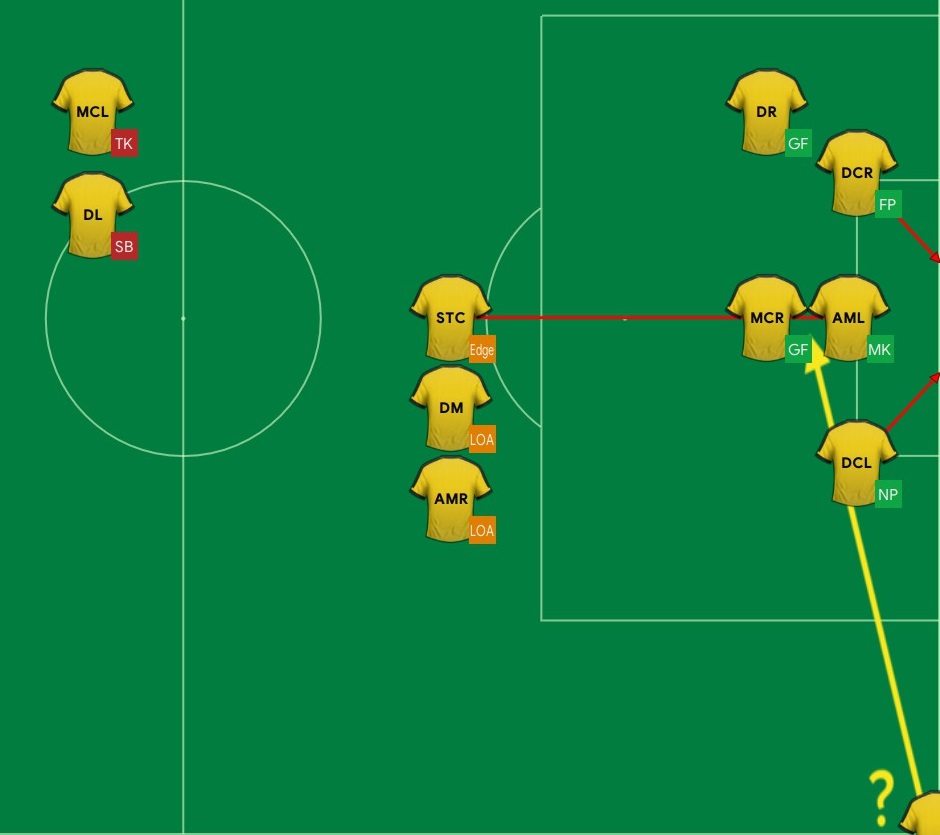 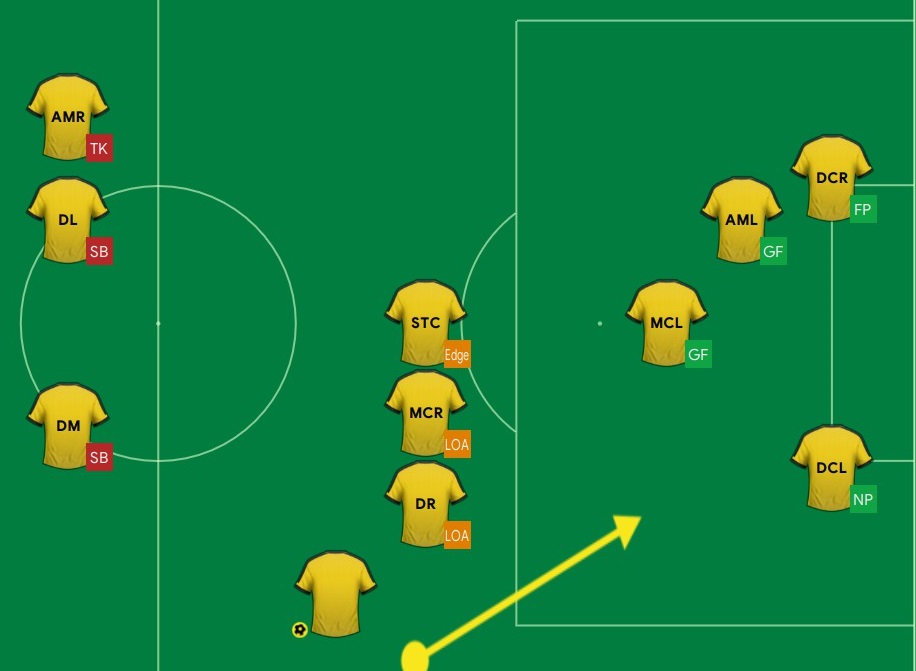 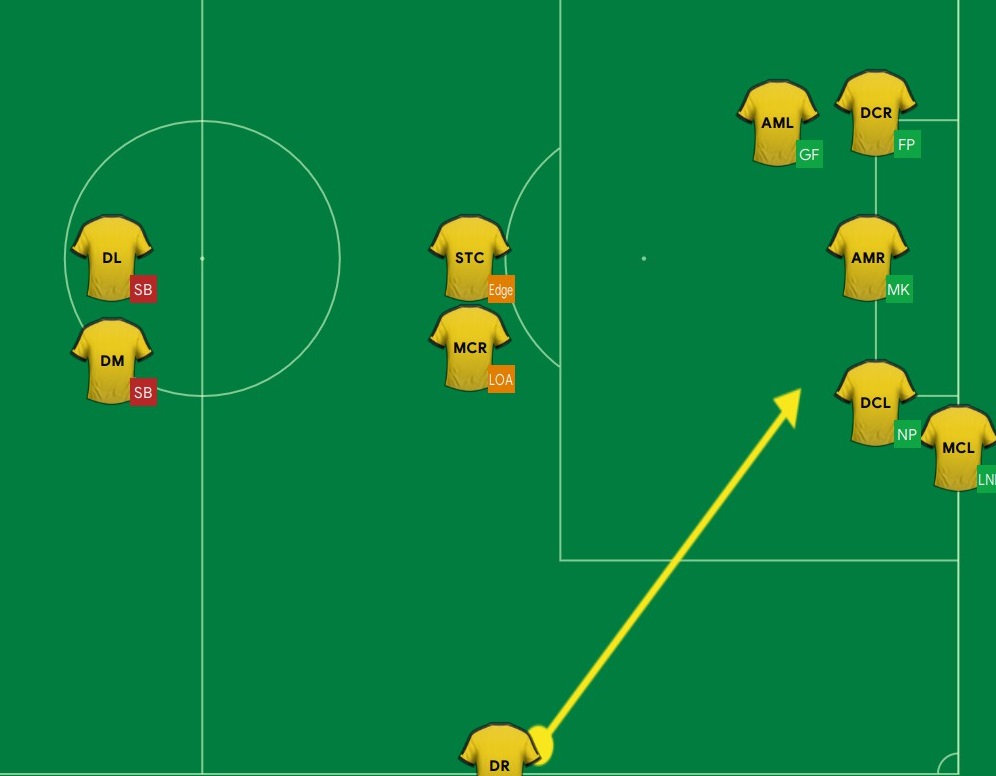 Where did you finish with this tactic?

I finished 9th last season while using this tactic, keep in mind that the odds of me winning the league were 900-1 and the media thought I was going to get relegated before the season even started. 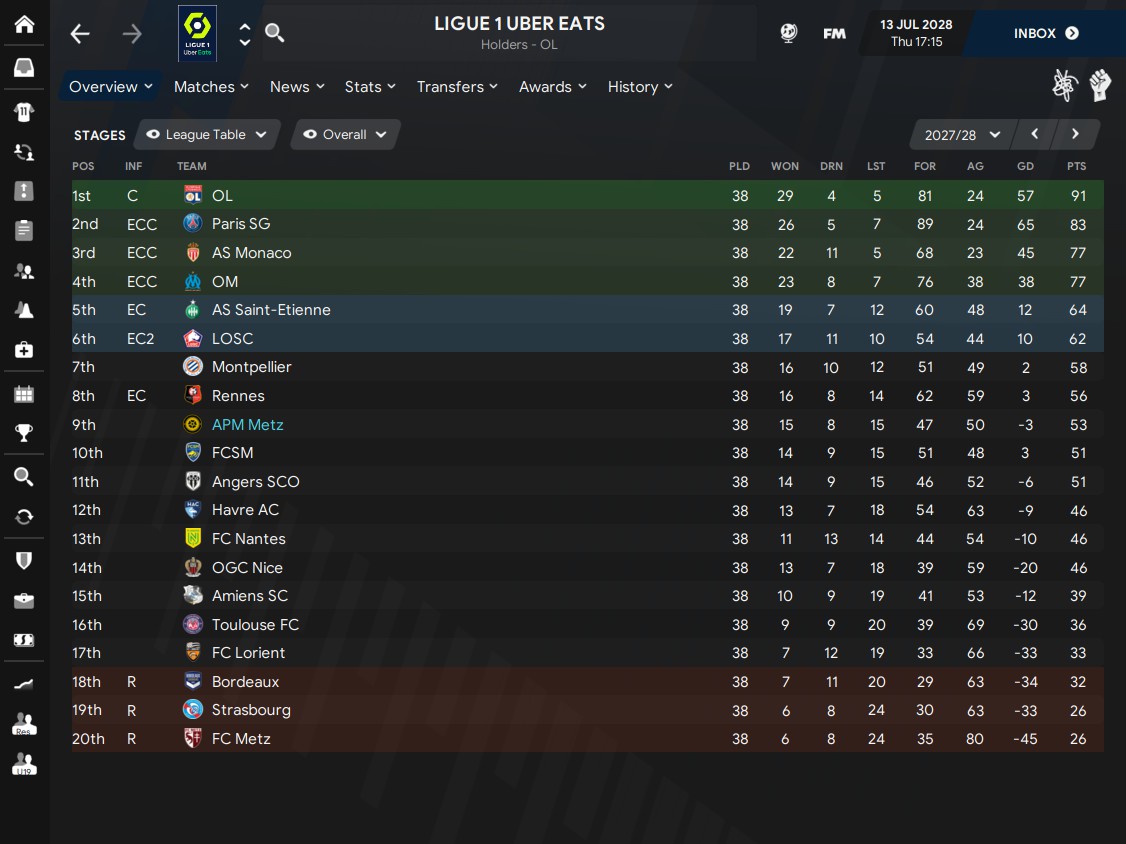 The season before I was in Ligue 2 and I think I was also tipped to be relegated: 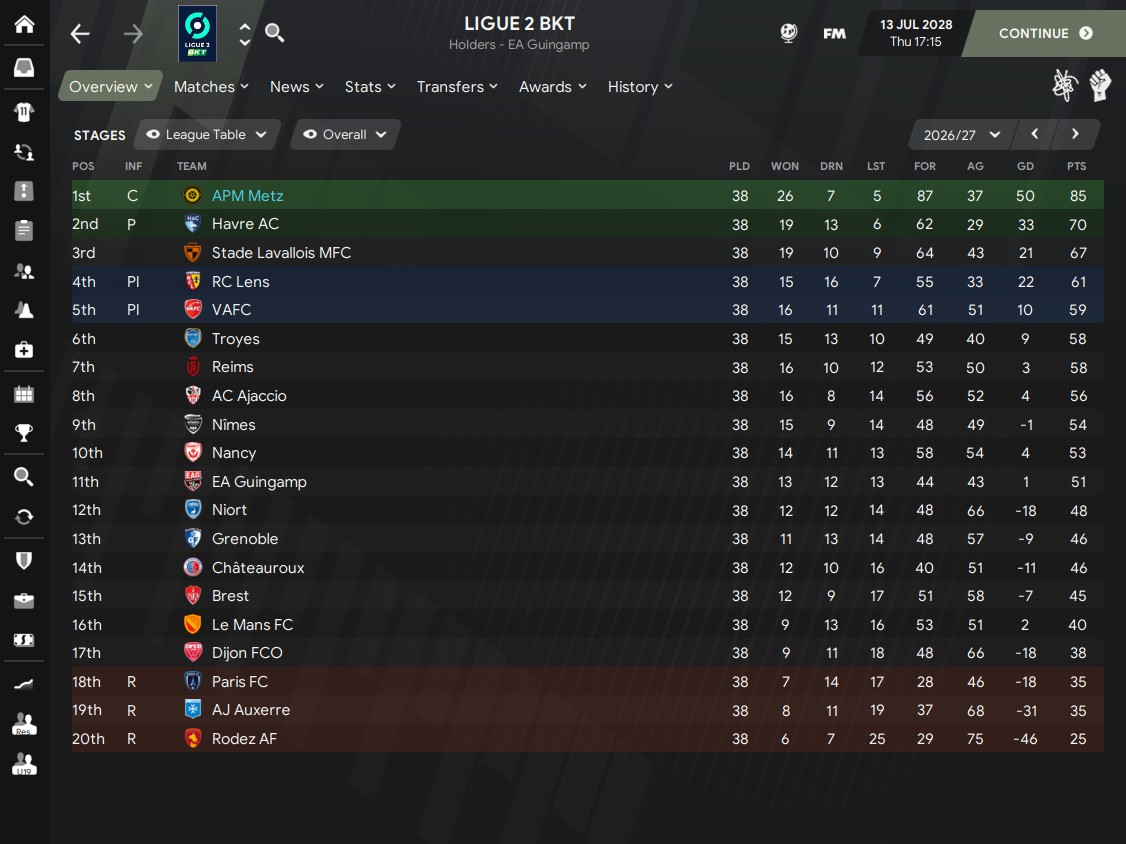 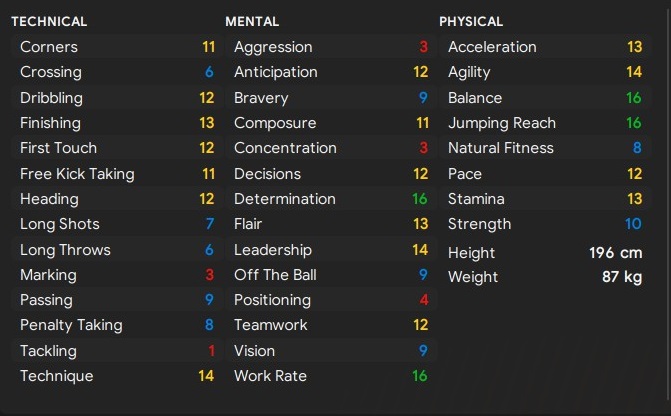 The tactic isn't really working I concede too much!

Happened to me in the beginning of my Ligue 1 season aswell. You have to keep your team cohesion at at least average (good is obviously prefered) for the tactic to work. If you can't get it up fast enough here are some tweaks that could help:

don't change everything at once do it once at a time or at most two at a time.

If you have any questions feel free to ask.