Download
Overview History Discussion
4-2-3-1 tactic for teams who want to play with a super high tempo and pressing intensity as well as dominating possession while your team probe for openings in the opposition defence. 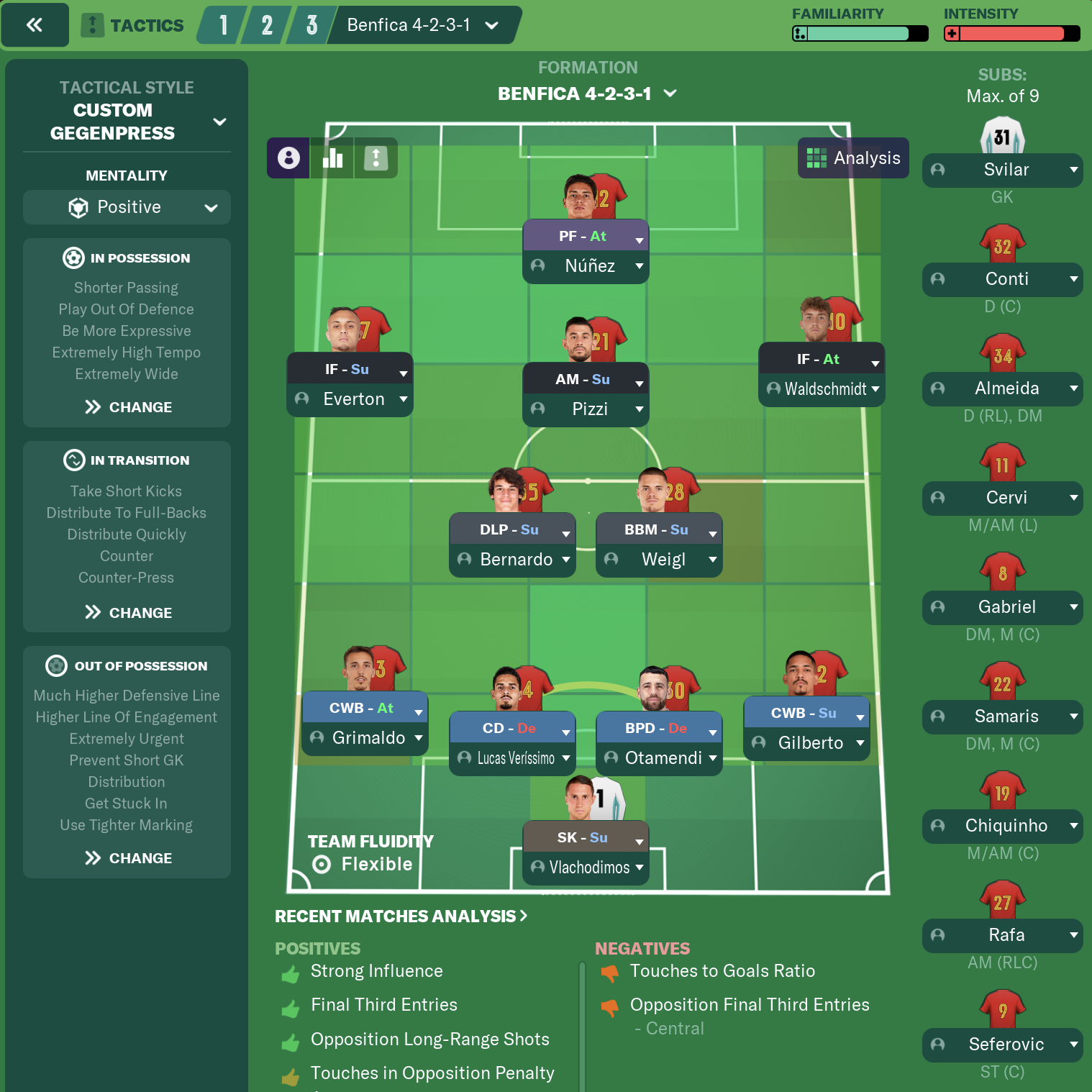 CBs - Players over 6'3 with decent speed, acceleration and agility preferable. Only use BPD if CB has good passing & vision.
CWBs - Use players with good speed, crossing, dribbling and flair (think cafu and roberto carlos).
STC - Tall striker with pace and strength preferable (similar player to Joshua Zirkzee). Can be changed from PF to CF if you have.

Mentality - Can change to attacking if 0-0 after 25mins against a team playing very defensively.
Final Third - Can add 'Hit Early Crosses' if 0-0 after 60mins+.
Approach Play - Remove 'Play Out Of Defence' if late in the game and you are needing a goal.
Goalkeeper in Possession - Can change to 'Distribute to Flanks' if needed a goal later in the game.
Tackling - Remove 'Get Stuck In' if referee is giving out many free kicks and yellow cards for your team.
Set Pieces - CAM (Pizzi) is set to take all set corners & free kicks. Change and update if you have a different player taking them.
RCB - Tactic set for the right CB to be one of the main threats on corners (along with the STC).

Players who fit nicely into this tactic... 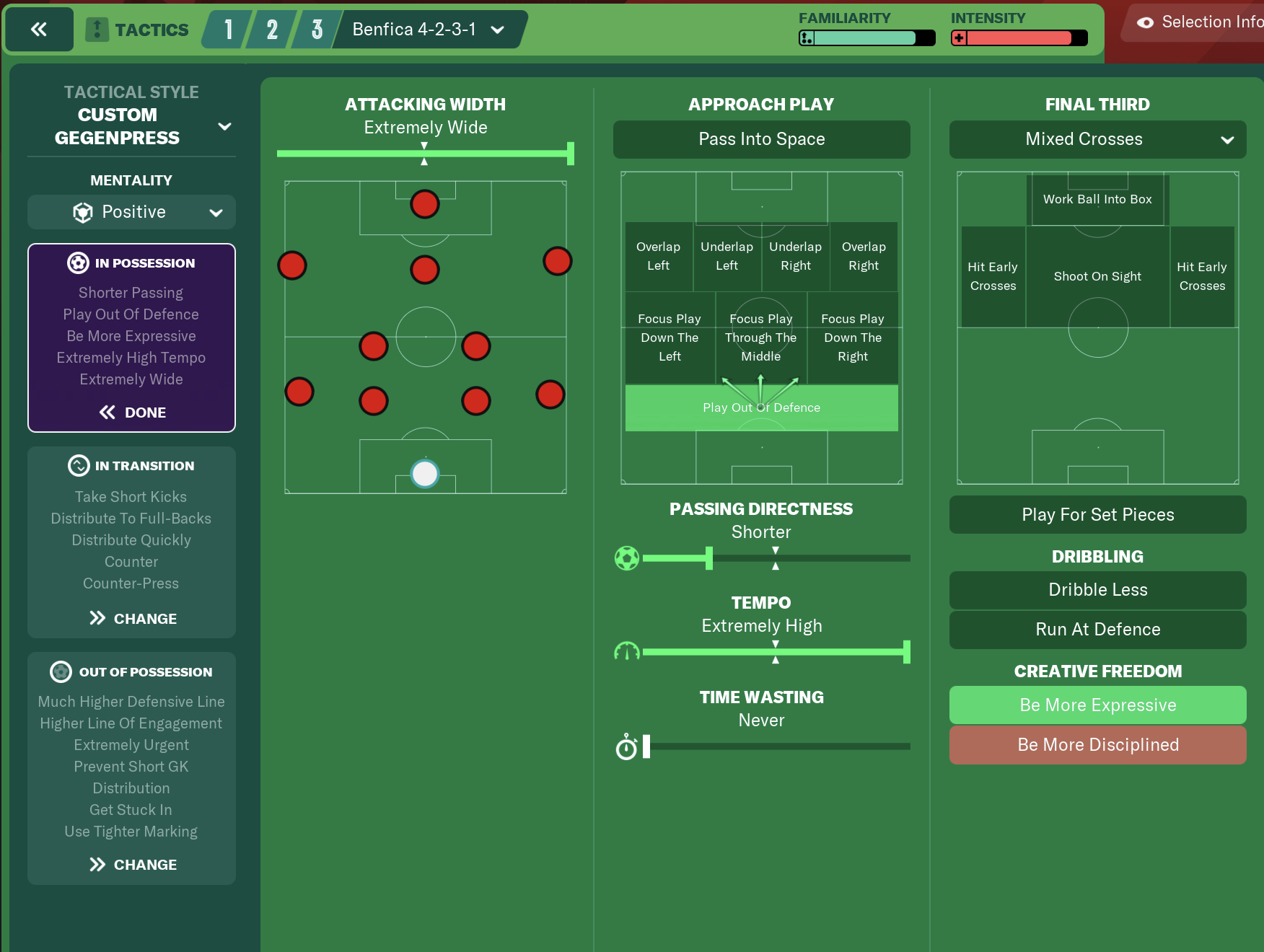 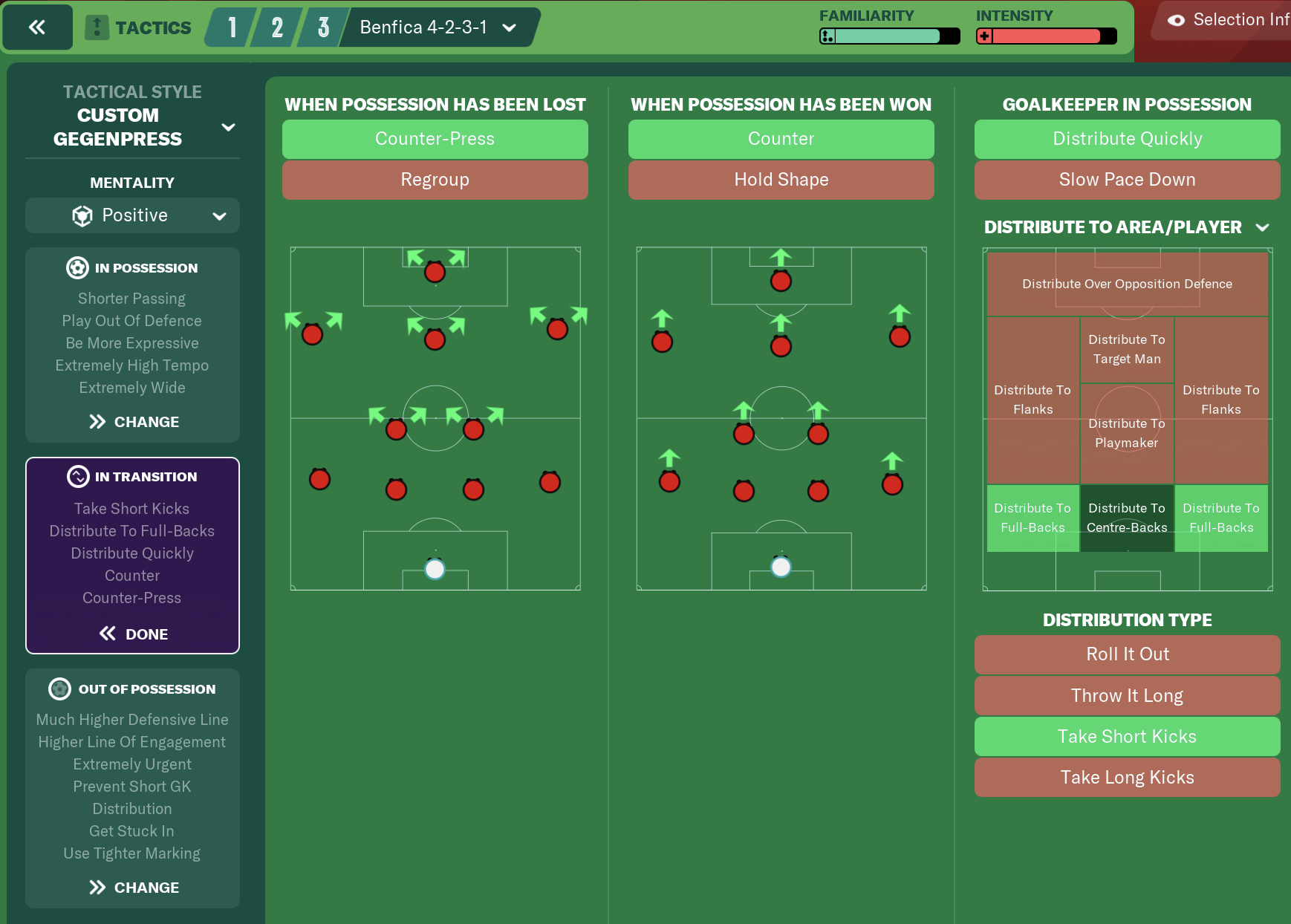 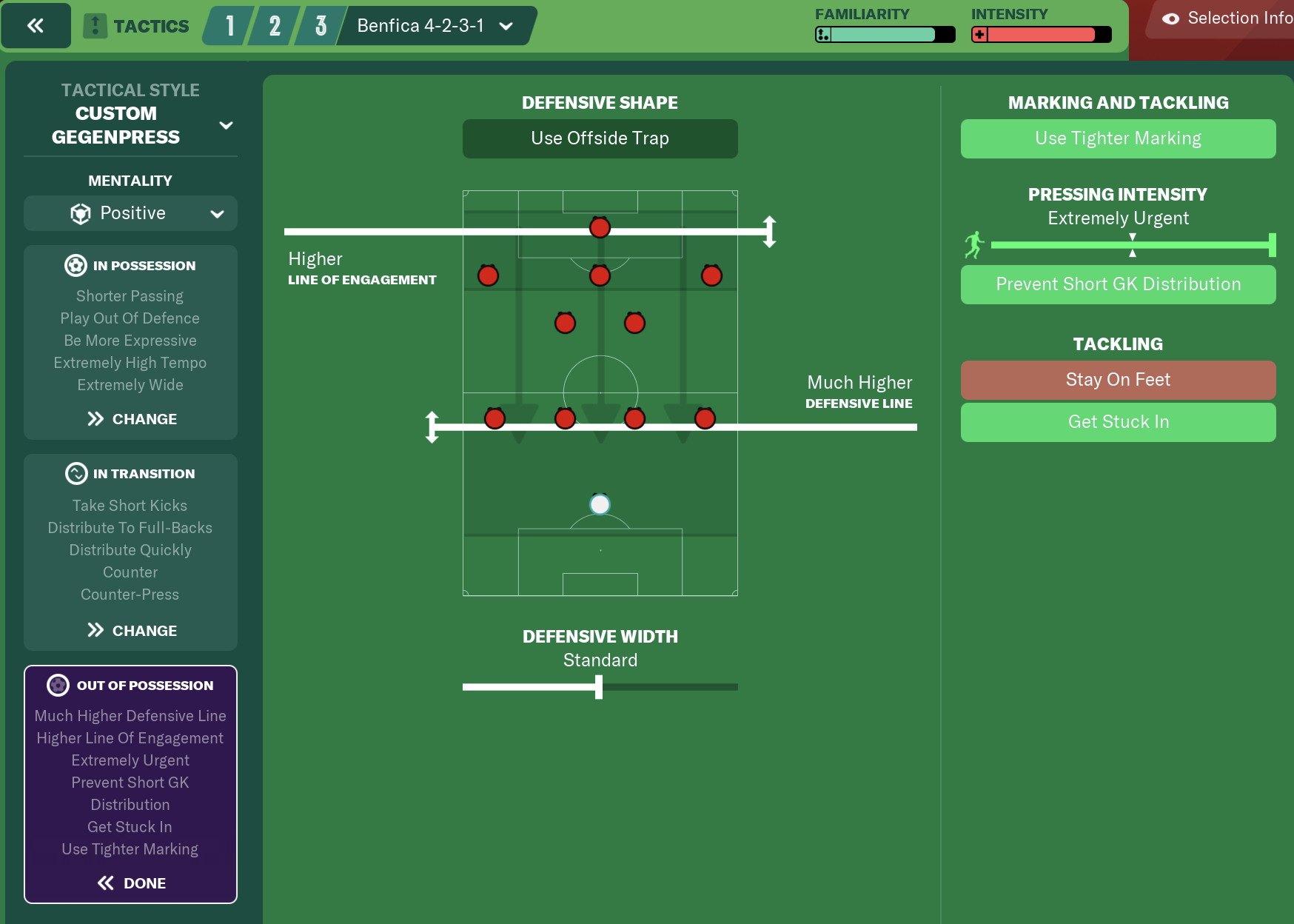