Did not concede a goal in first 22 games.
Beat Sporting CP's 1946/47 record of most goals in season, whilst only conceding 6. 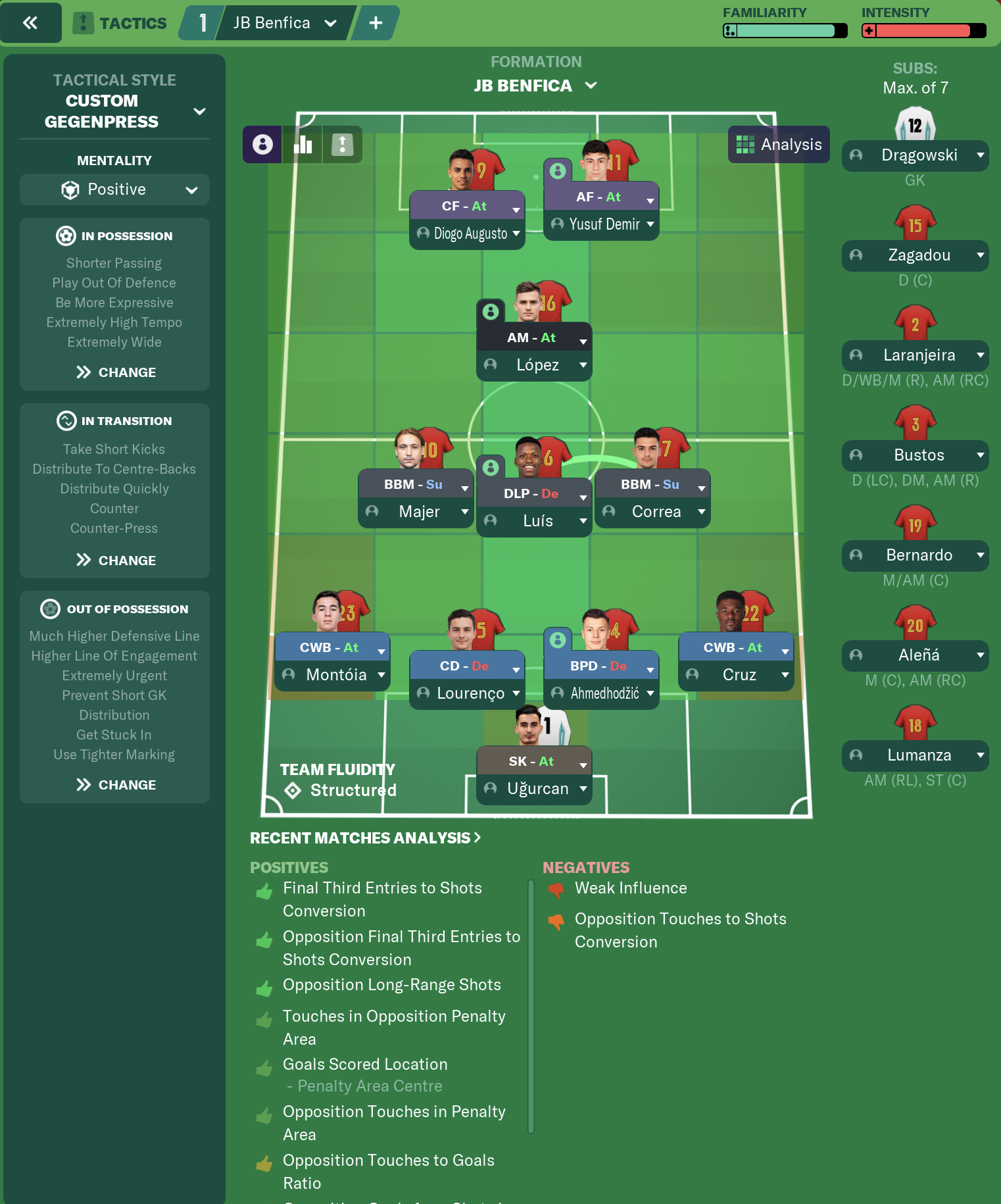 CBs - Players over 6'3 with decent speed, acceleration and agility preferable. Only use BPD if CB has good passing & vision.
CWBs - Use players with good speed, crossing, dribbling and flair (think cafu and roberto carlos).
DLP - Role can be changed from defend to support if you need to be more positive.
CAM - Attack role can be changed to 'support' if you're CAM player is not getting involved enough in goals and assists.
CF - Tall striker with pace and strength preferable (similar player to Joshua Zirkzee)
AF - Can be changed to PF if your striker has pressing traits (ie aggression)

Mentality - Can change to attacking if 0-0 after 25mins against a team playing very defensively.
Final Third - Can add 'Hit Early Crosses' if 0-0 after 45mins+
Set Pieces - LCM (Majer) is set to take all set pieces. Change and update if you have a different player taking them.
Left CB - Tactic set for the left CB to be one of the main threats on set pieces along with the CF. Zagadou scored 13 league goals from LCB.

Key signings during save...

Team continued to win whilst also selling off players for profit. 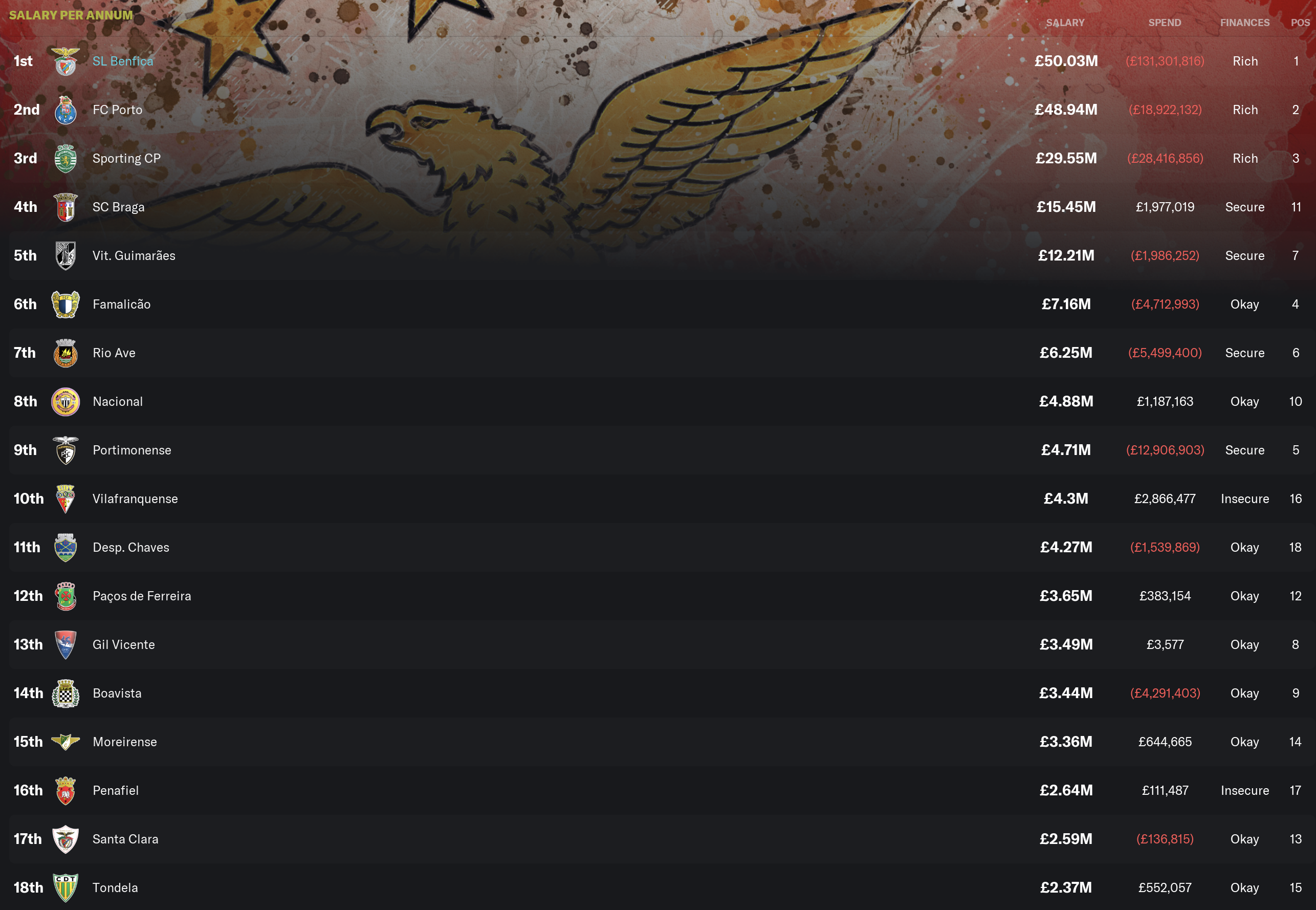 Budget is £125-150M behind Europe's major teams but still manage to beat them regularly. 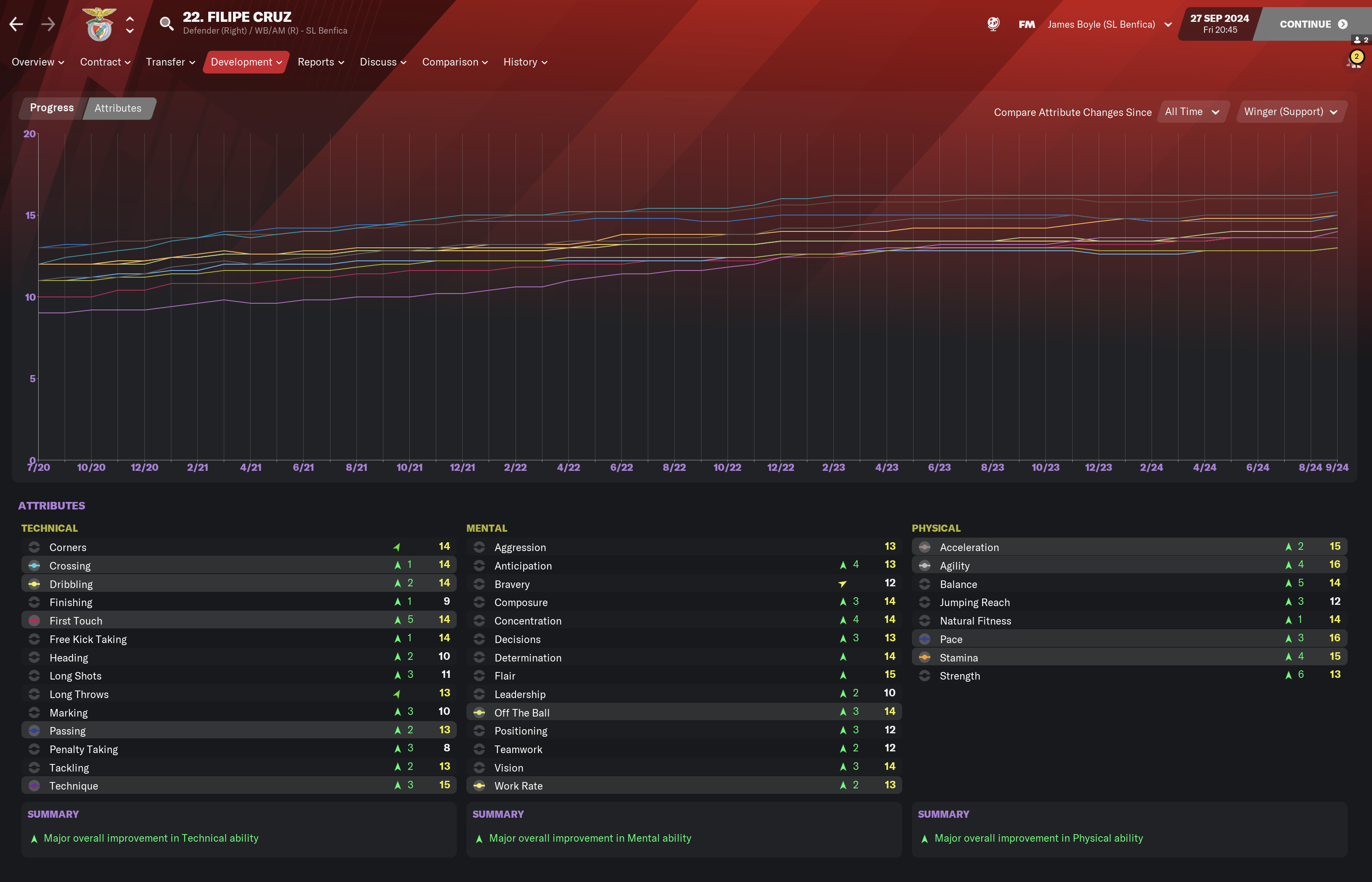