This is the formation and tactics that i have been using with great results. Team shown is my backup team for cup games in The Championship.
No editor was used the likes of Woodburn and Parrot are on Season long loans from there respective clubs. 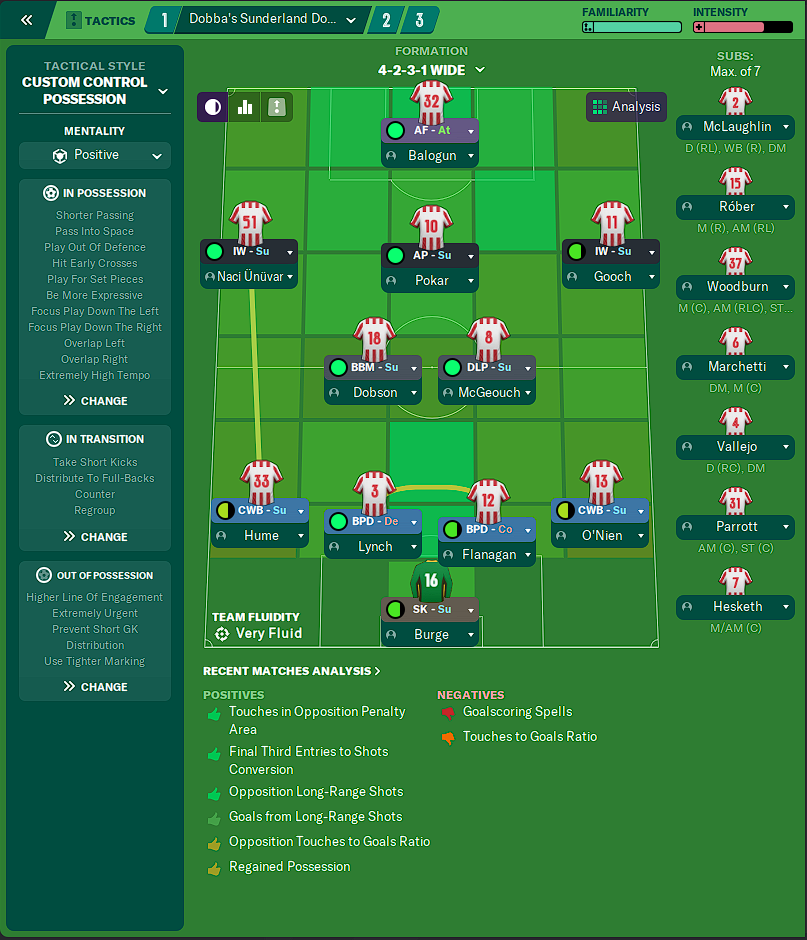 I tinkered a long time with the the tactics as this is my preferred formation but with the ME in its current state there was a lot i wanted to over come.
Issues ive managed to combat with the formation and tactic are:
It helps restrict the long ball over the top (which i hate) Make sure the BPD (cover) has pace as when the AI try this guy is your way of stopping it.
CD's wont run out like headless chickens trying to counter press leaving opposition forwards with loads of space to run into.
CWB's will provide lots of width and assists with a few goals thrown in.
IW's all scored double figures for me in first season (i used 4 on rotation)
AF socres lots with lots of one on ones being created (still not all being taken) Aaron Connolly on loan from Brighton scored 31 goals in 42 apps.
AP finished with most assists for the season out of any team.

As you can see from the League One table we finished with the most goals scored and least goals conceded in the league Win/Win.

Im currently into the first few games of The Champioship Season Media prediction is 16th. Currently 1st in The Championship after 3 (easyish) games but with a GD of 7 already.

I run this tactic on Positive Mentality but train slot three as attacking in case im chasing a late equaliser or winner.

Shouts of Demand More or Show Some Passion help against defensive teams it seems and also praising when leading seems to lead to bigger wins.

If you decide to try and use this tactic please leave a rating and feedback as im always looking to make tweaks to make it an even better 4231.

For the time being ive not used any OP Instructions.

Adding mikes Possession training schedule to your training (available on steam workshop) seemed to improve possession a bit more than without however seem to score less goals so your choice.
Reactions: Football Fumb, mEren, BlackEagle7 and 1 other person

dobba1988
Thank you for taking time to review.
Solid defensively and good attack. Made a tweak which worked with a top team and scored more goals.

dobba1988
Thank you for taking the time to review.
great tactic using with a lower league team in northern Ireland just followed the instructions and it works perfectly