Bit tricky in the sense that a tactic that works with 1 team, doesn’t translate well to another?

When using Leicester as a testing team I regularly had a 25 point variance from season to season when testing exactly the same tactic. This is using holiday mode. Makes working out when you actually have a good tactic tricky.

Perhaps testing in holiday mode is not effective any more or there are so many factors outside of tactics affecting performance now (morale, form, luck etc) its clouding results.

Its much easier to play as a team with a low reputation as teams are far more open, reputation adjusts mid-season which is why many people report a drop off in performance in the 2nd part of the season when their previously effective tactic stops working now opposing teams are set up more defensively.

My approach is to create a tactic, first and foremost, which can deal with defensive opponents but is versatile enough to also be effective against teams that do come out and play.

So in terms of producing a tactic which can be used by a variety of teams at different levels, I’ve concentrated on getting something that works consistently well with a top team, shows promise with a weaker team on the basis that those players using weaker teams will improve them via recruitment and be rewarded with a tactic that responds well to an increase in player quality and also becomes more suitable as your reputation increases and teams operate more defensively against you.

So a tactic that is future proof if you like. 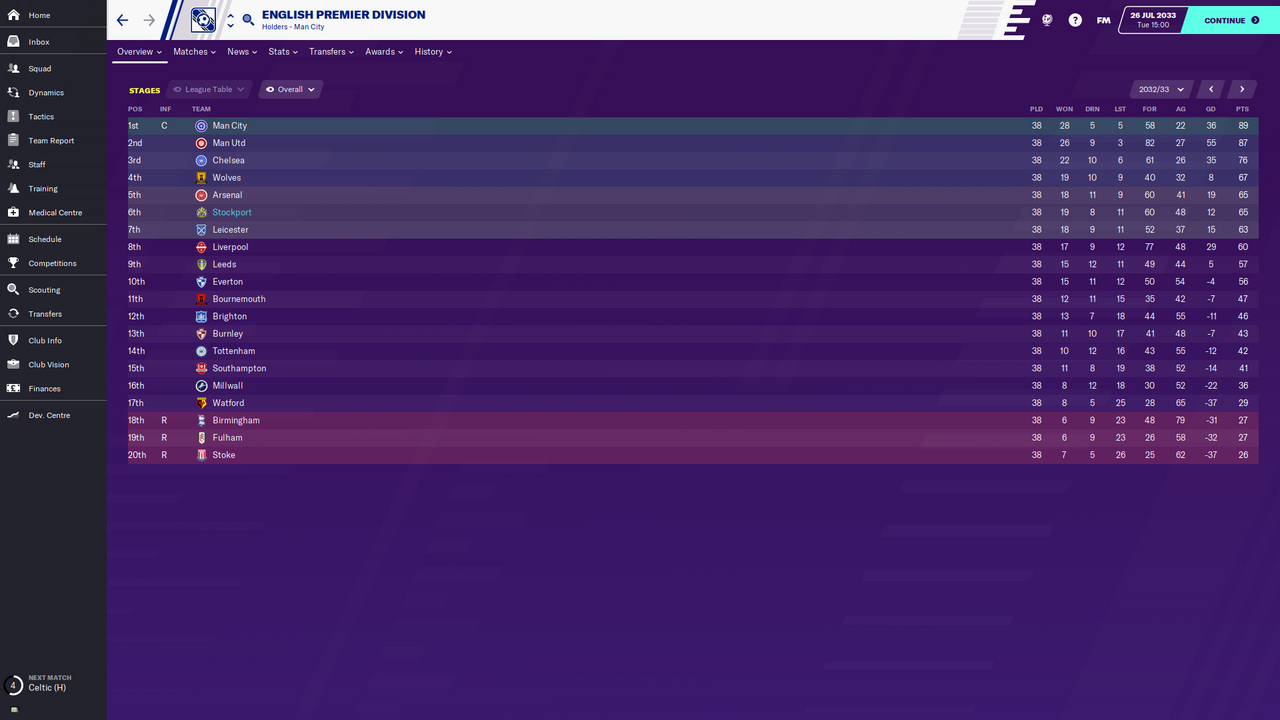 My Stockport team were predicted 13th, most teams in the 1st half of the season played open against us, we picked up enough points to see a reputation re-adjustment and teams become more defensive in the 2nd half of the season, this suited our tactic even more and pushed on into Europe.
Next season will see a reputation increase again, teams playing more defensively, suiting the tactic yet further supplemented by me being able to sign some better players. And onwards & upwards.
Testing results.
[url=https://postimg.cc/Hc9SfV8q] 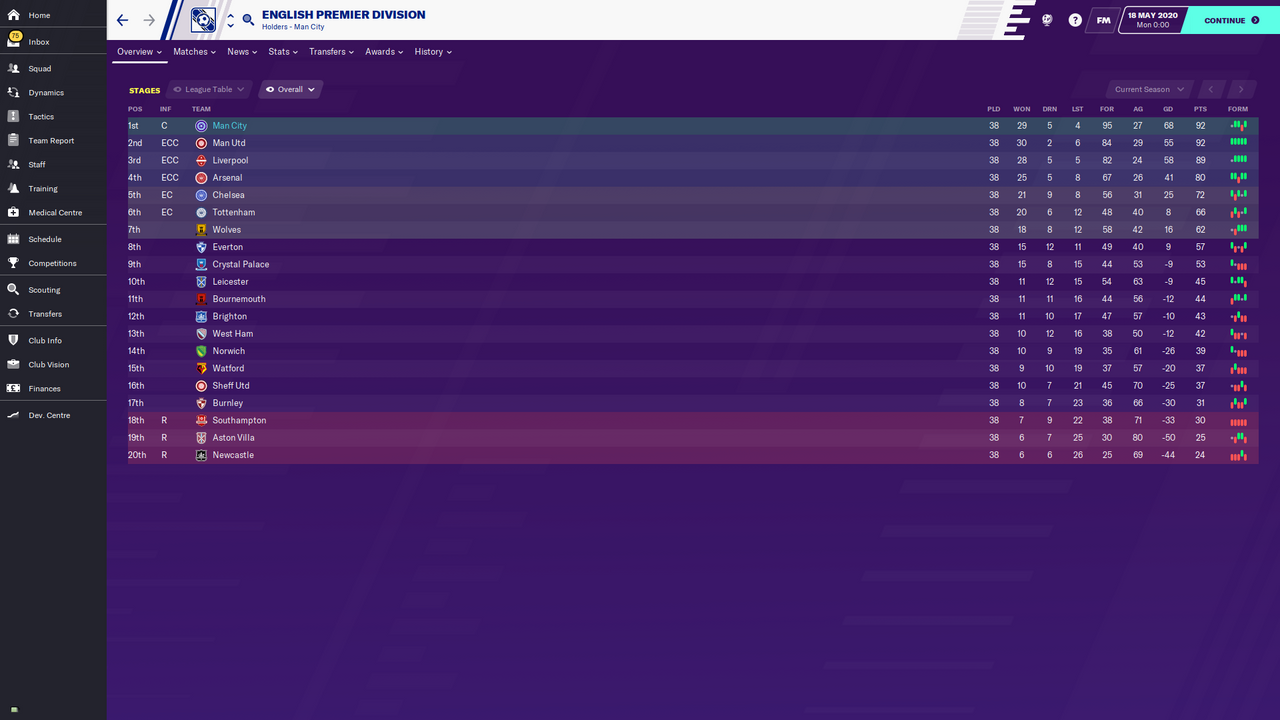 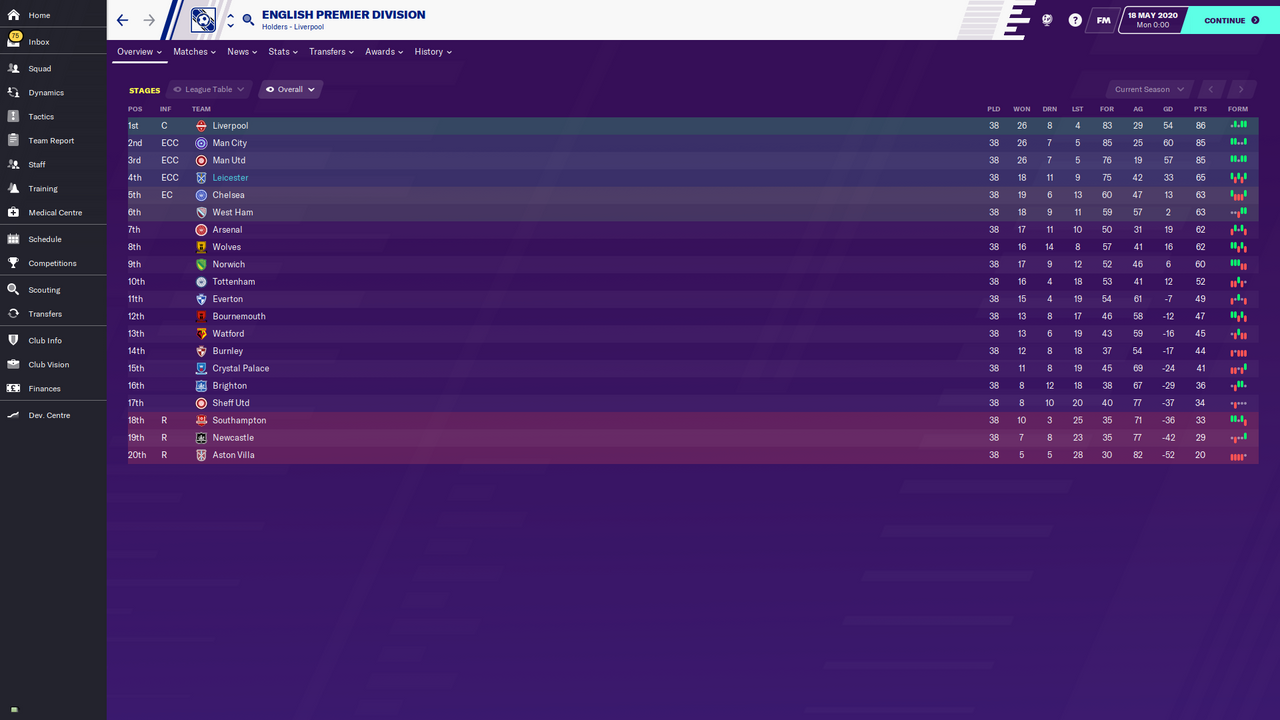 Slightly flattering Leicester result, whilst we finished 4th, the points return was decent but not great, excellent goal difference is a good sign. However, Vardy got 40 goals, sign a better 2nd Striker for next season and combined with the reputation increase seeing teams being more defensive, suiting the tactic further, should see the required progress being made. So a tactic that is sufficient becoming more and more suitable for your team. 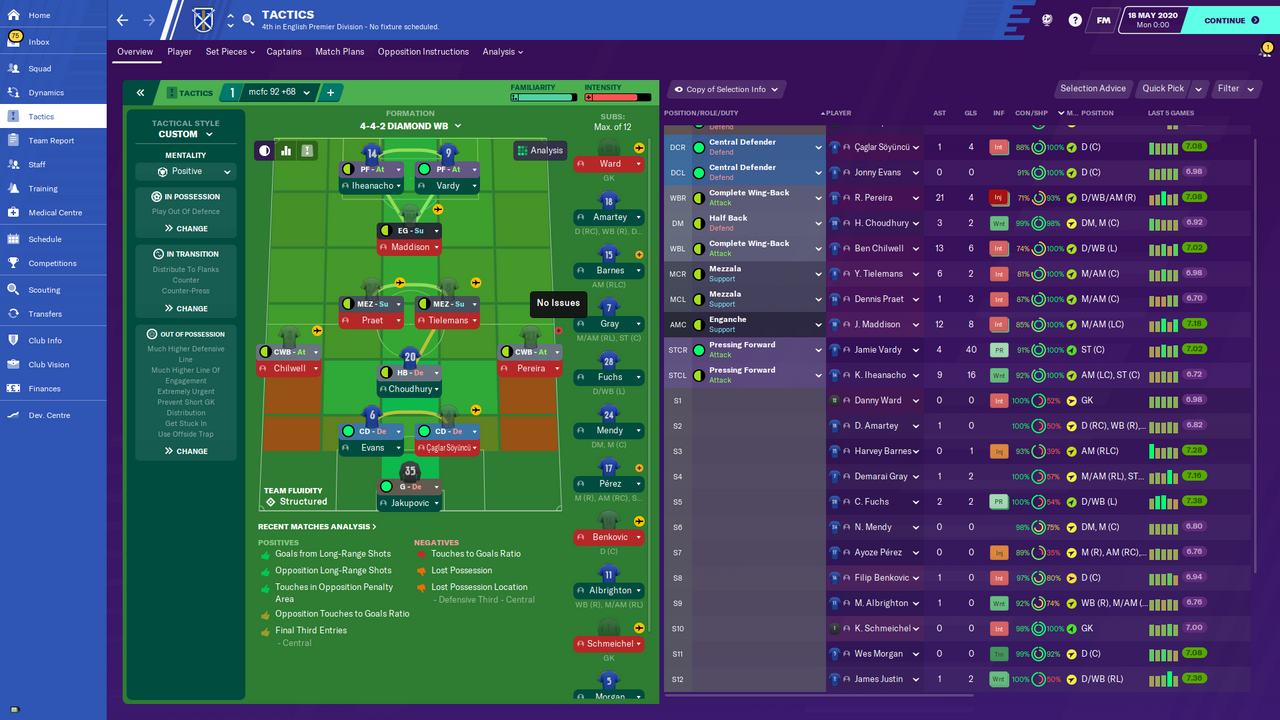 No set piece exploits, if anyone knows any, please let me know!