Download
Overview History Discussion
Ideally, I set out to create the best tactic in the world every new edition of Football Manager. I reckon everyone starts out that way. “In the world.” The admiration and adoration clinging to that suffix entices and beguiles. There is, by its very definition, nothing better. It is the best, the apex, the ne plus ultra. And of course, it is endless fodder for argument.

For FM21, I decided to up the ante. Instead of merely creating a tactic, I set out to create my own style, consisting of a defined playing style that can be applied to multiple formations or tactics. I tried to be as thorough as possible in concocting a style I would like to call my own. The principles of this style are as follows.

I've applied these principles to the following formation.

I have played a season with Milan, tweaking the tactic during matches but maintaining an unbeaten record. 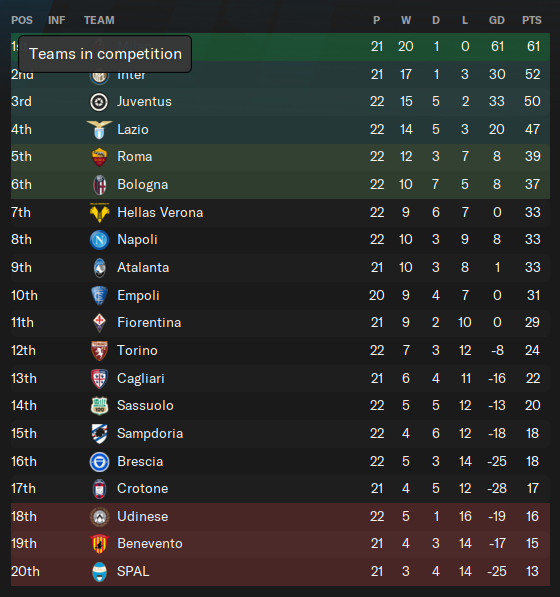