Download
Overview History Discussion
Welcome to my 4-2-3-1 Double DM Domination Tactic, an FM21 style of play focused on counter attacking quickly and having a very solid defensive core which to build from. This tactic is both successful when it comes to winning trophies having won multiple with clubs of varying sizes and is very prolific at scoring goals too! It works by creating a lot of clear cut chances on the counter and having a very high conversion rate in front of goal.


I have been using this tactic across multiple test saves in FM21 with PSG and Dijon in Ligue 1 and also Port Vale in League 2. In each of these test saves the tactic has worked very well with any size team and any level of player and in every single case every team has always overperformed with some (Dijon especially) performing miracles using the tactic!

The tactic is a 4-2-3-1 tactic which utilises a pair of defensive midfielders sitting just ahead of the CB partnership. It also focuses on attacking the wings by using a pair of overlapping athletic wingbacks who get up and down the pitch to both attack and defend, a pair of IF/IWs who provide both width and attacking prowess by cutting inside assisting the attacks and also a very prolific Advanced Forward which will often provide the majority of goals for your team. 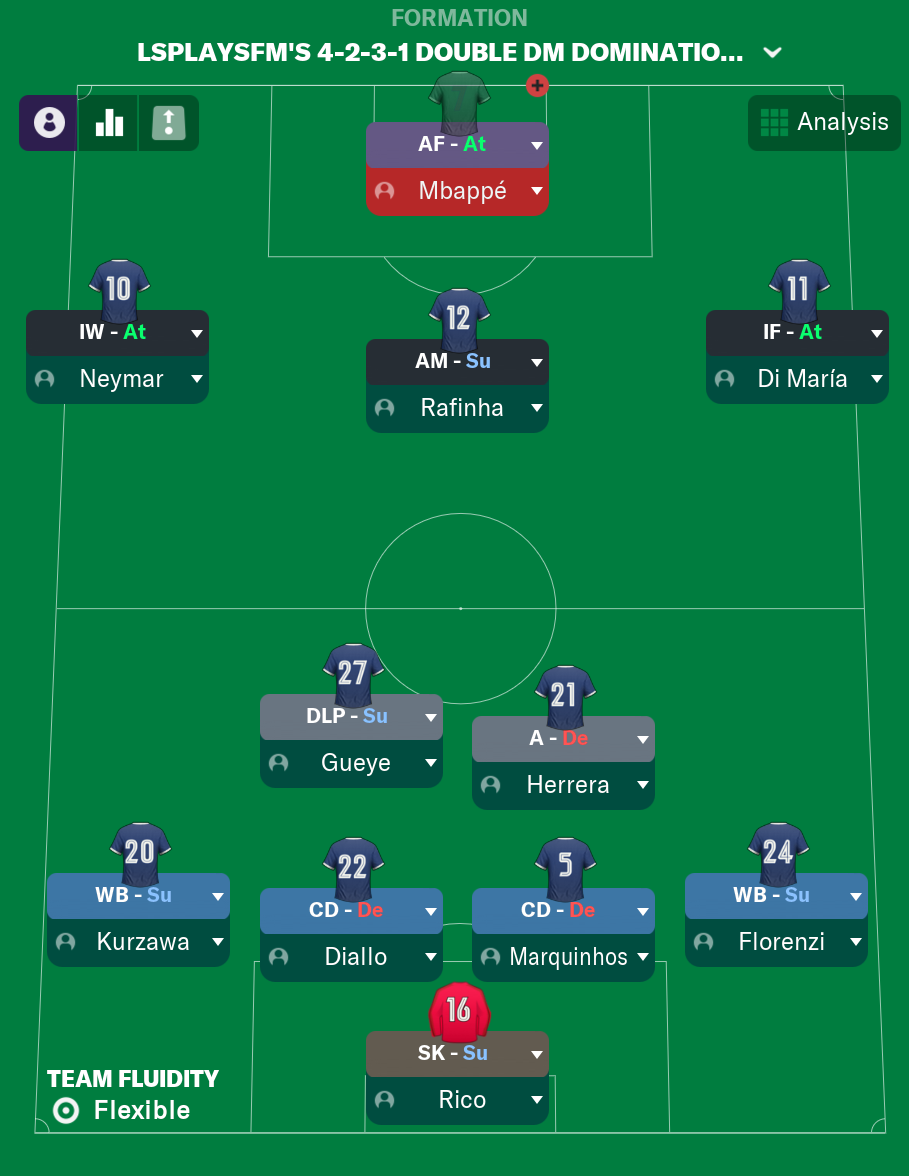 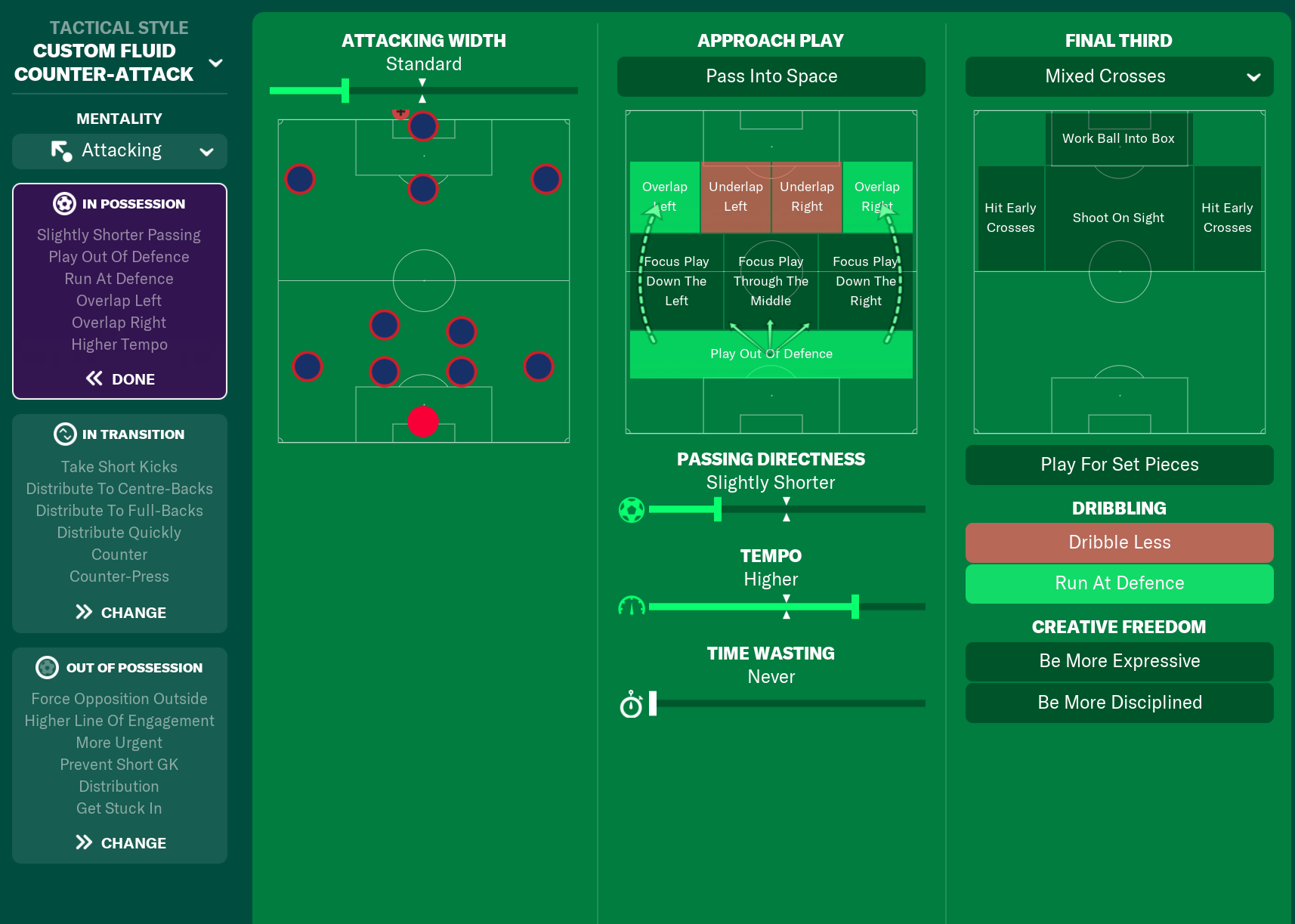 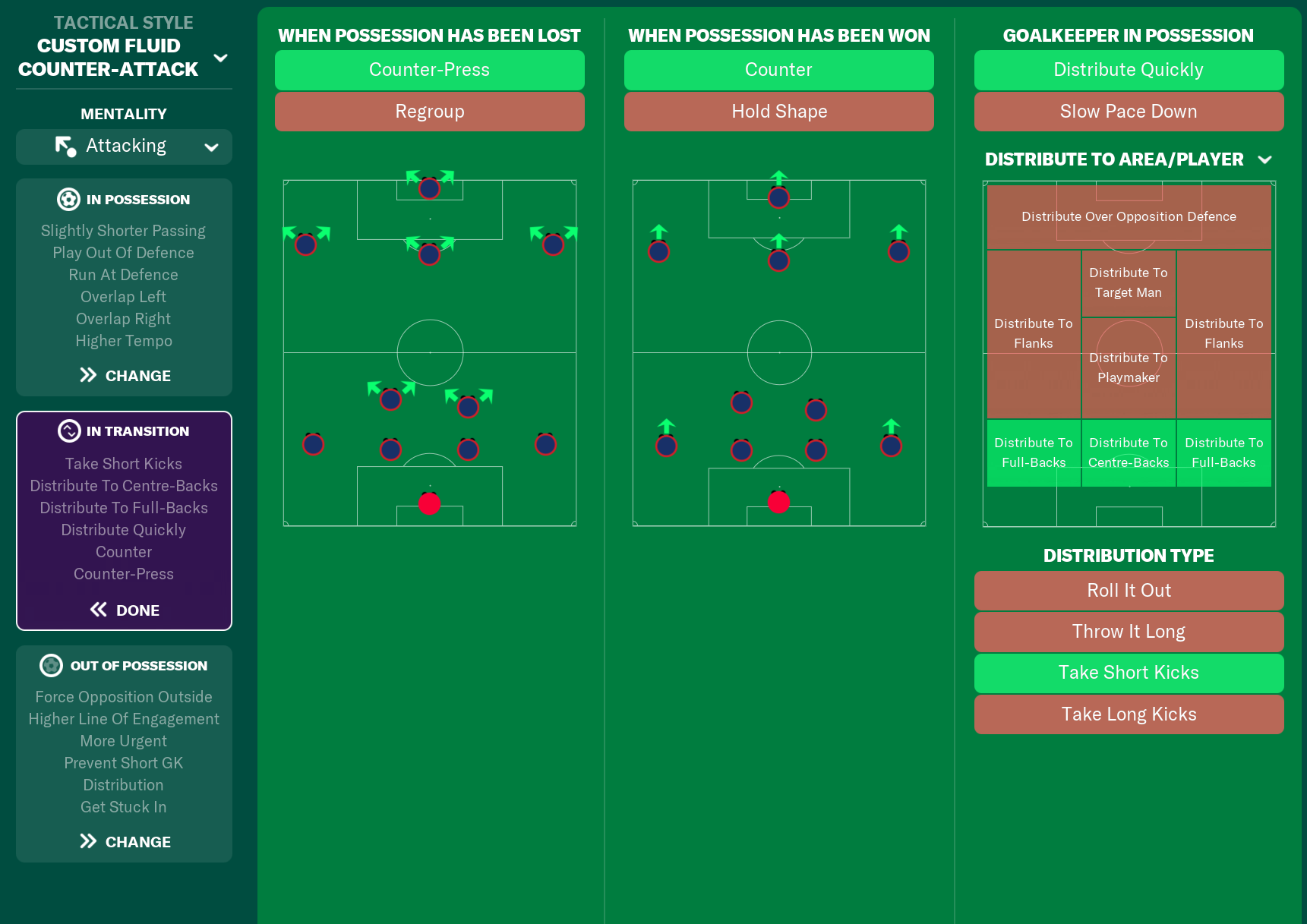 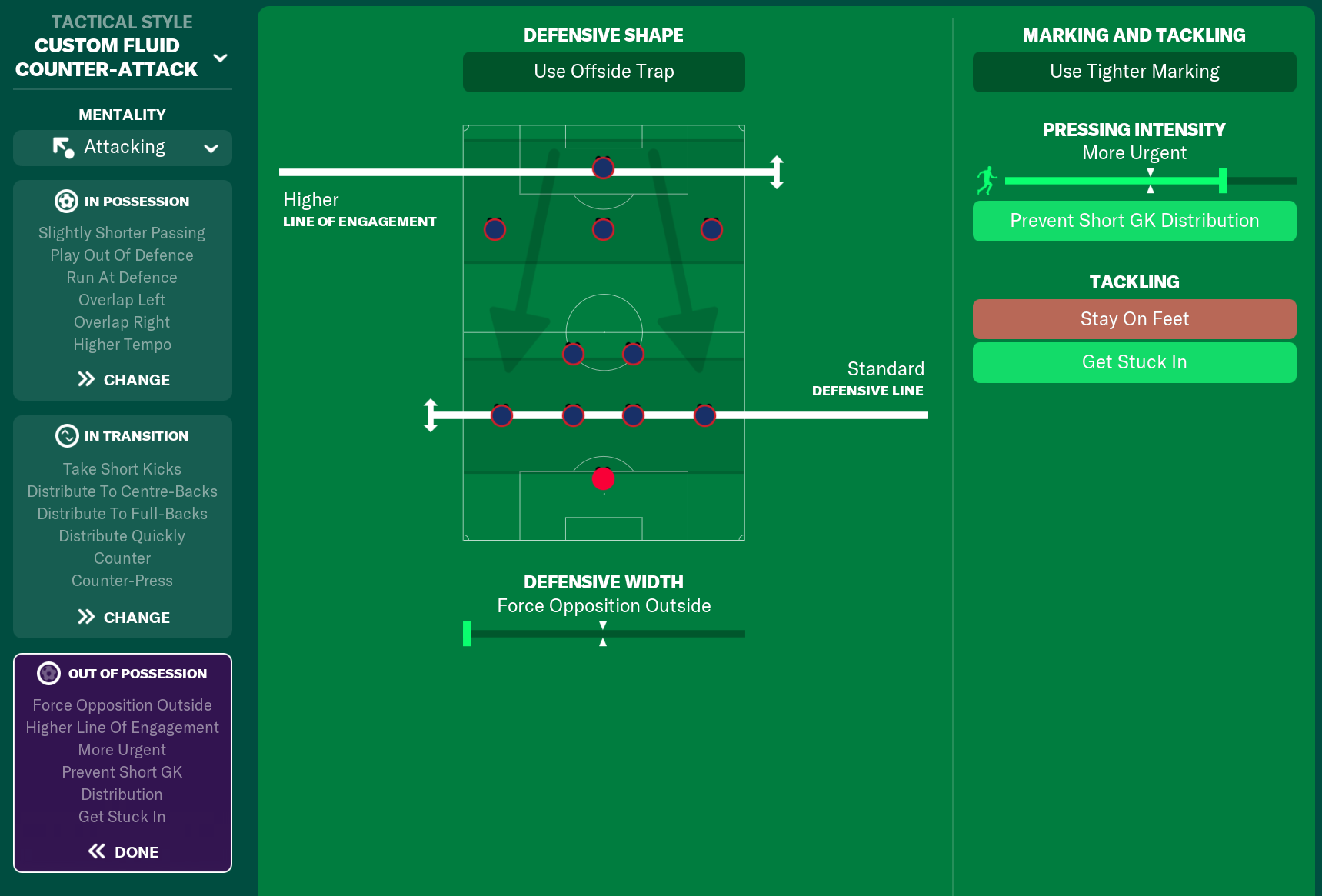 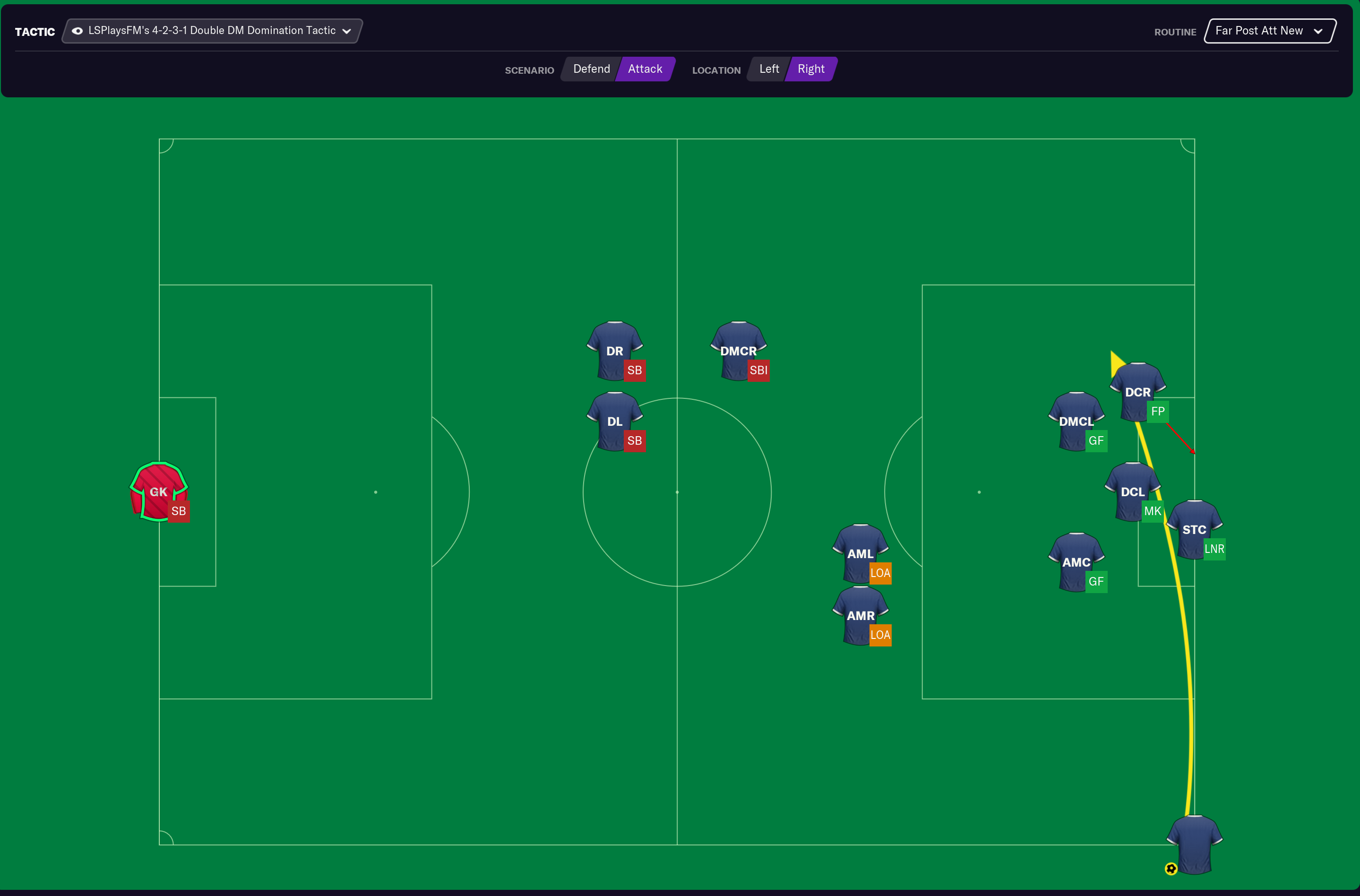 Just so you are aware with the other Set Pieces these are set to default options as I found they worked well for my sides, but if you want to adapt them then feel free and you may find this allows you to score even more goals.

In terms of player instructions, I have not added any individual instructions for any players, instead every player is simply using the standard instructions set by the roles in Football Manager.

The first side tested using this tactic was PSG. The side performed simply amazingly, of course with PSG you’d expect them to do well but they were simply unbelievable in this test save. They not only secured themselves a quadruple (if you include the Trophee des Champions) but they also went unbeaten in the league and secured a record points total of 110 in Ligue 1! Overall the side managed a massive 36 wins in the league and only 2 draws and of course 0 defeats.

On top of that too it wasn’t just the team performances which were fantastic, but the individual ones too. Neymar had a fantastic season scoring 26 in Ligue 1, getting 12 assists and an average rating of 7.82 as well. A phenomenal showing from PSG going forward, but it was also defensively they were very strong with the best defence in Ligue 1 as well conceding only 9 goals all season and Navas having 27 clean sheets in the league as well. Overall, they simply dominated Ligue 1 and every other competition they were in as well.

You can see below exactly how the team did in their competitions below as well as Werner’s stats too: 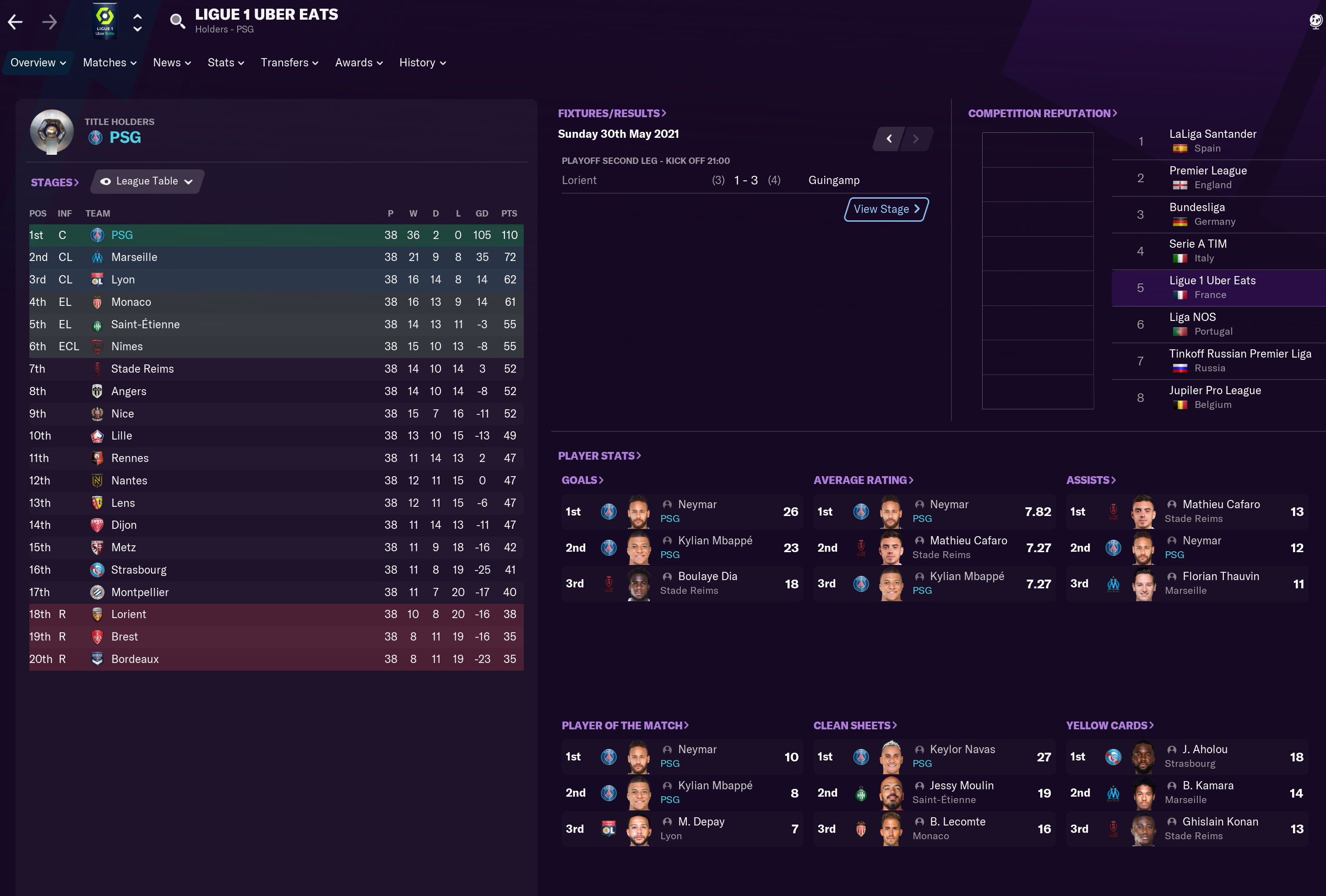 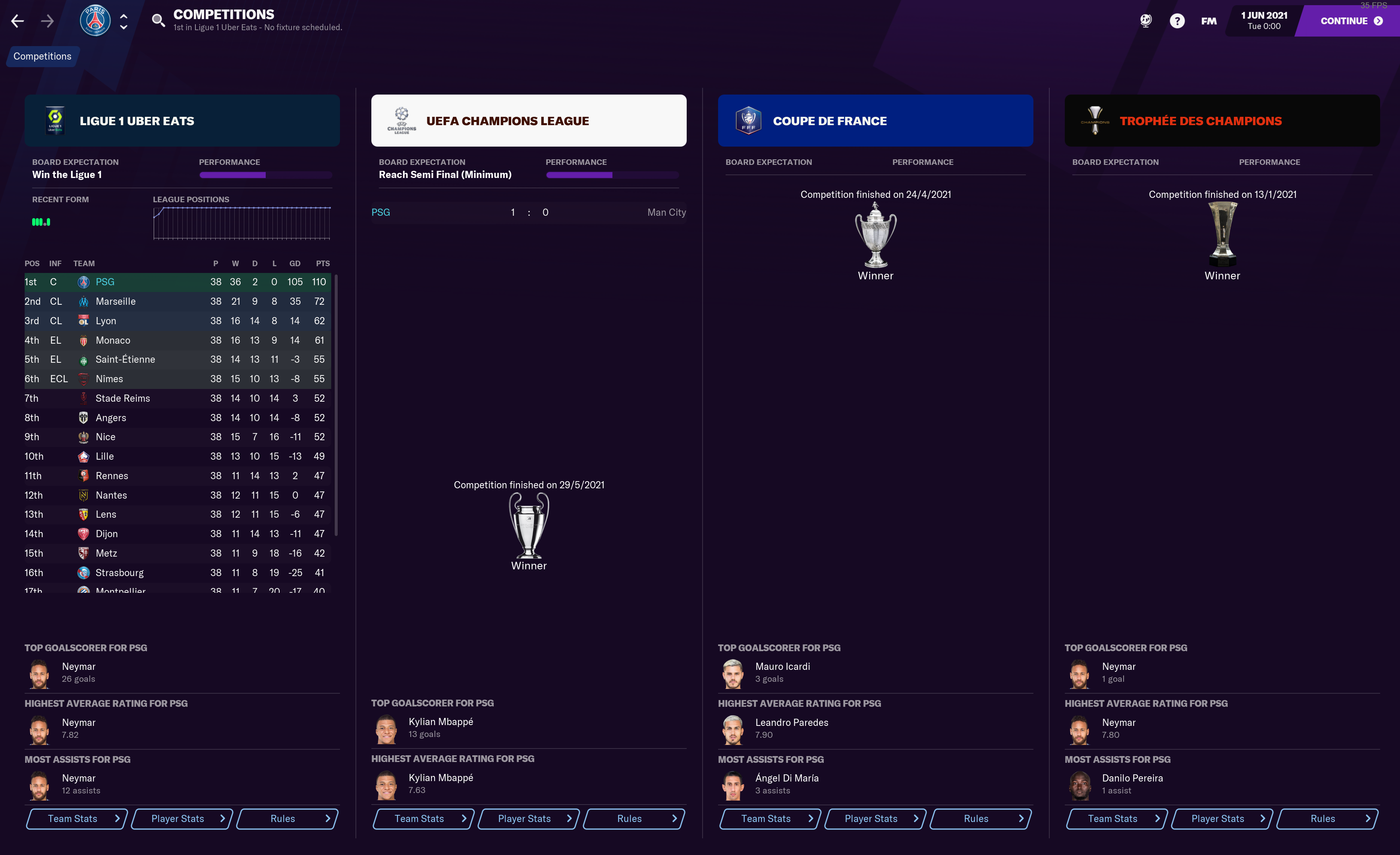 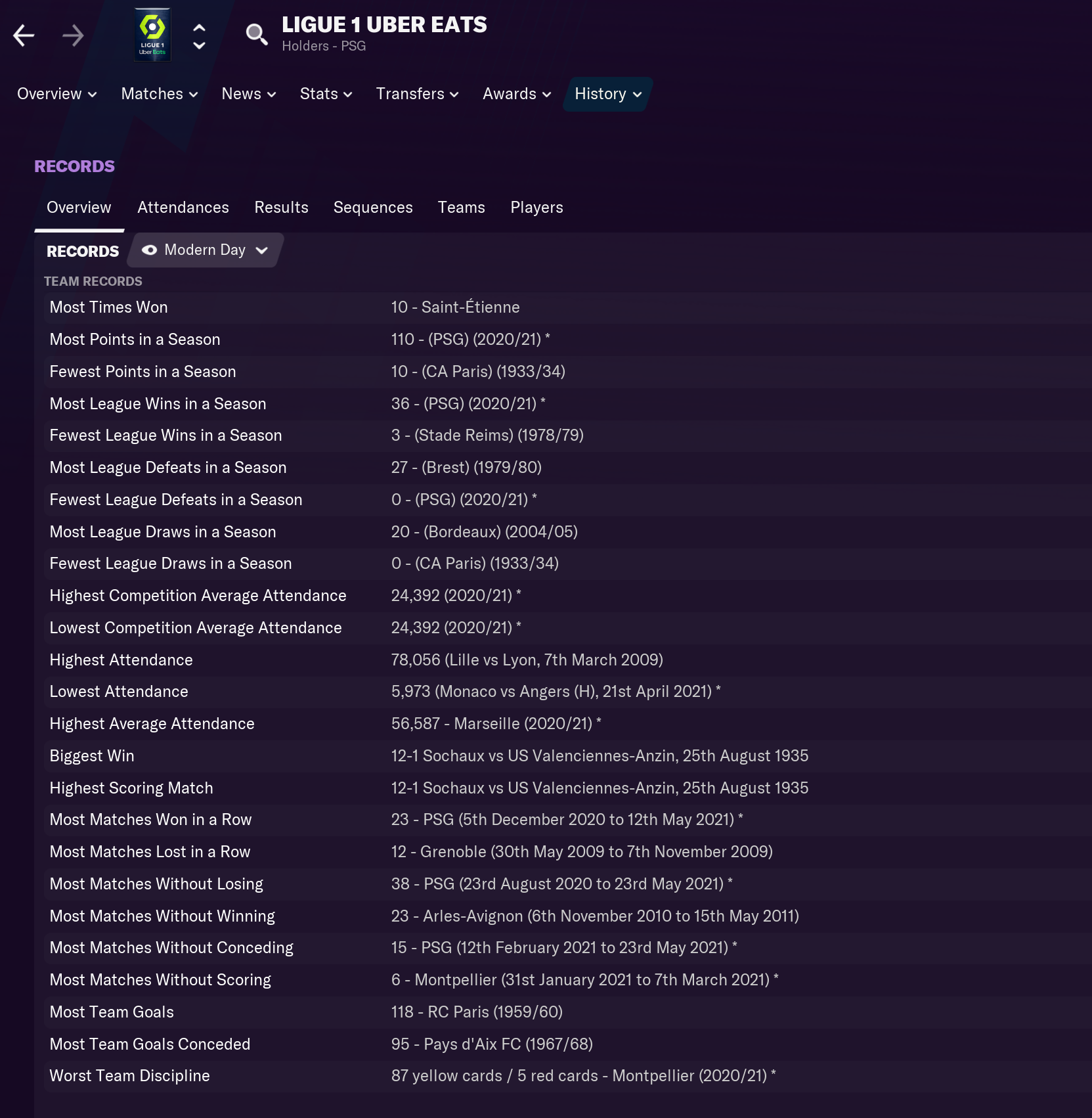 Below you'll find the analyst stats for PSG in Ligue 1, they are by far the best offensively in terms of conversion rate & shots on goal and far and away the most impressive defensively too again in terms of preventing shots on goal clearly showing the tactic does well in taking chances and preventing them too. 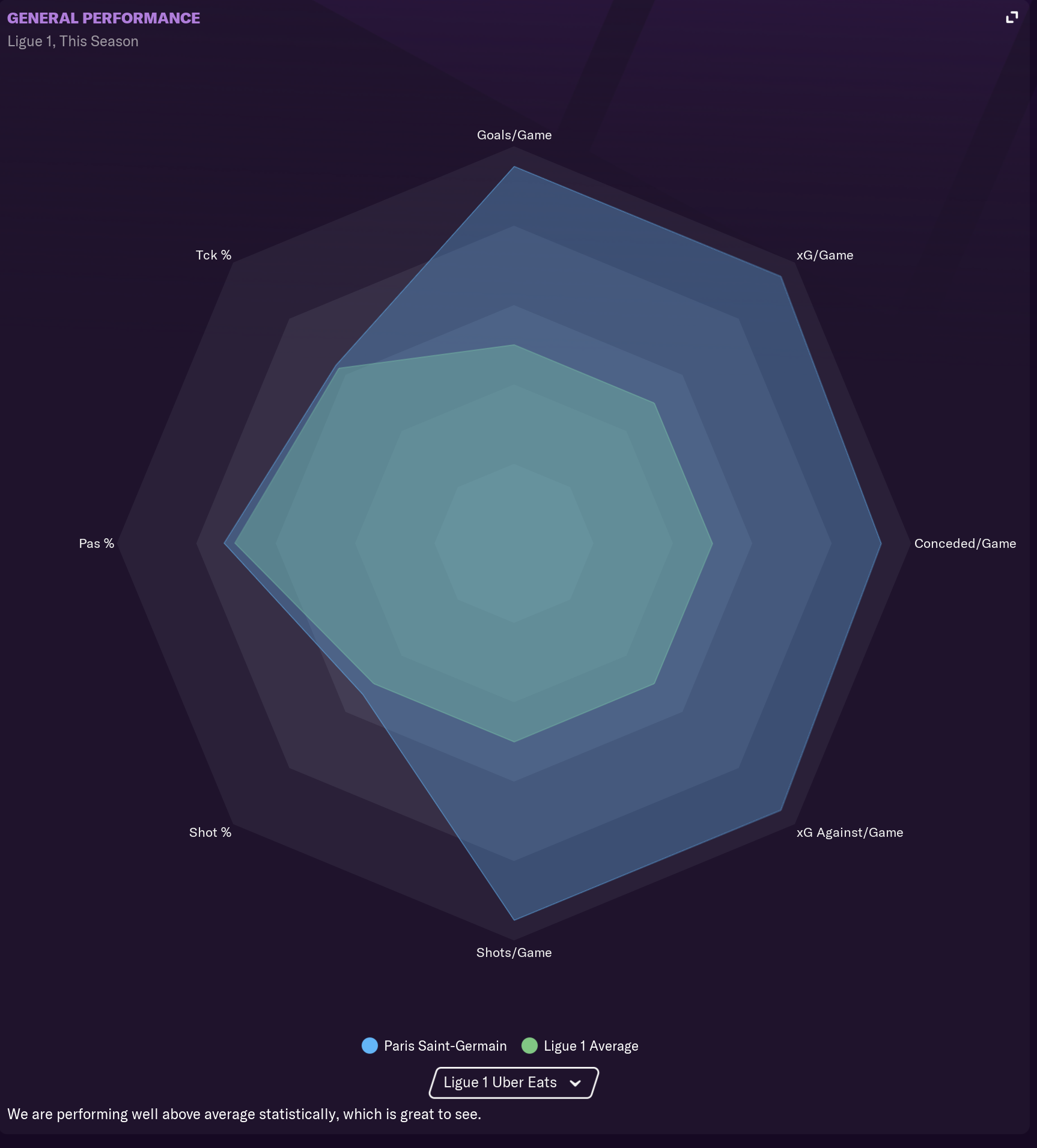 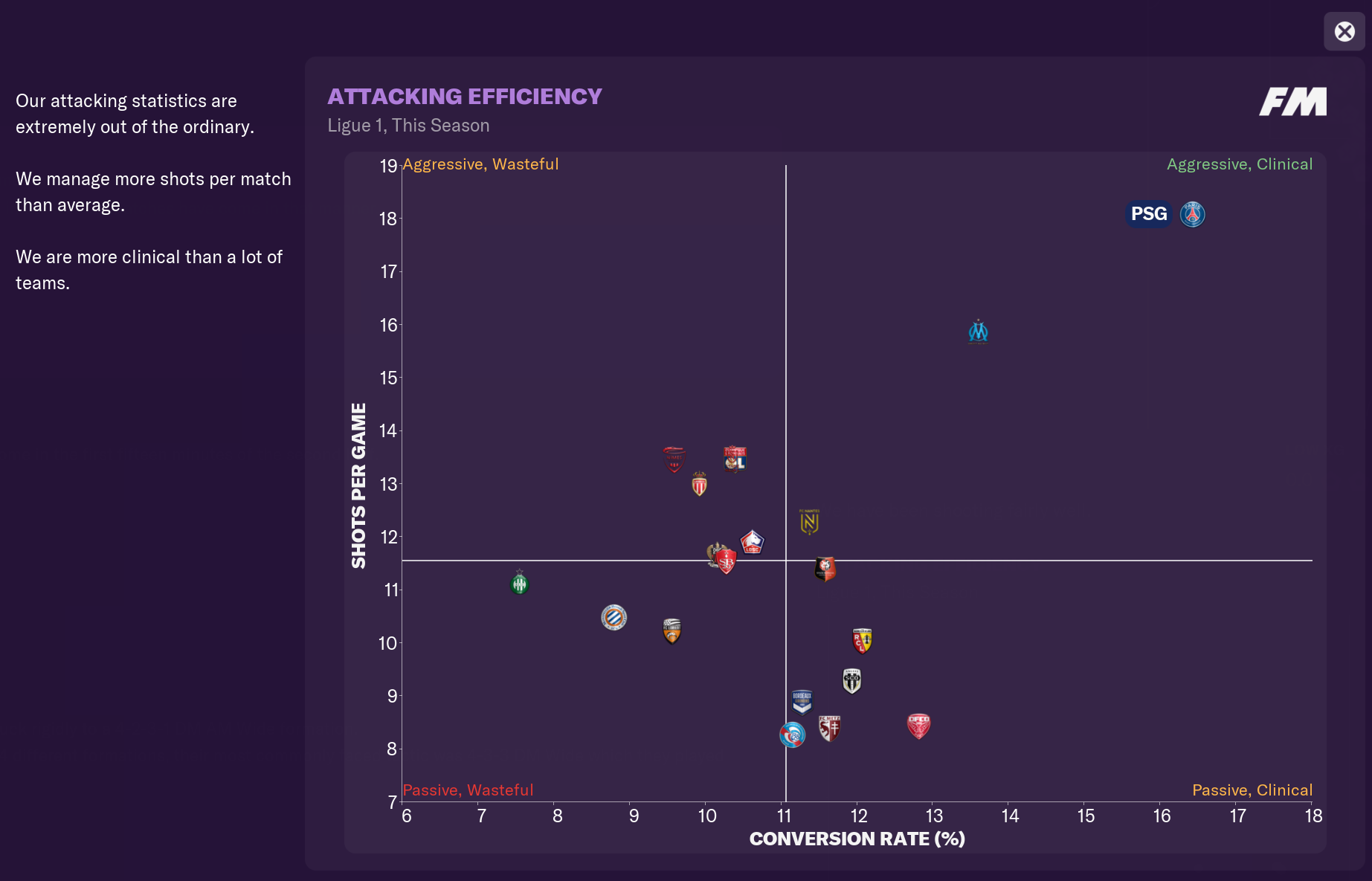 After the success with PSG, we move onto another Ligue 1 side but one much more lower down in the predictions and this time its Dijon. I really wanted to test a side of Dijon’s ability so we could get a test at a different level of team inside the same league. We of course do also have Port Vale to look over as well but we’ll come to them last of all. You can see how Dijon mainly lined up below: 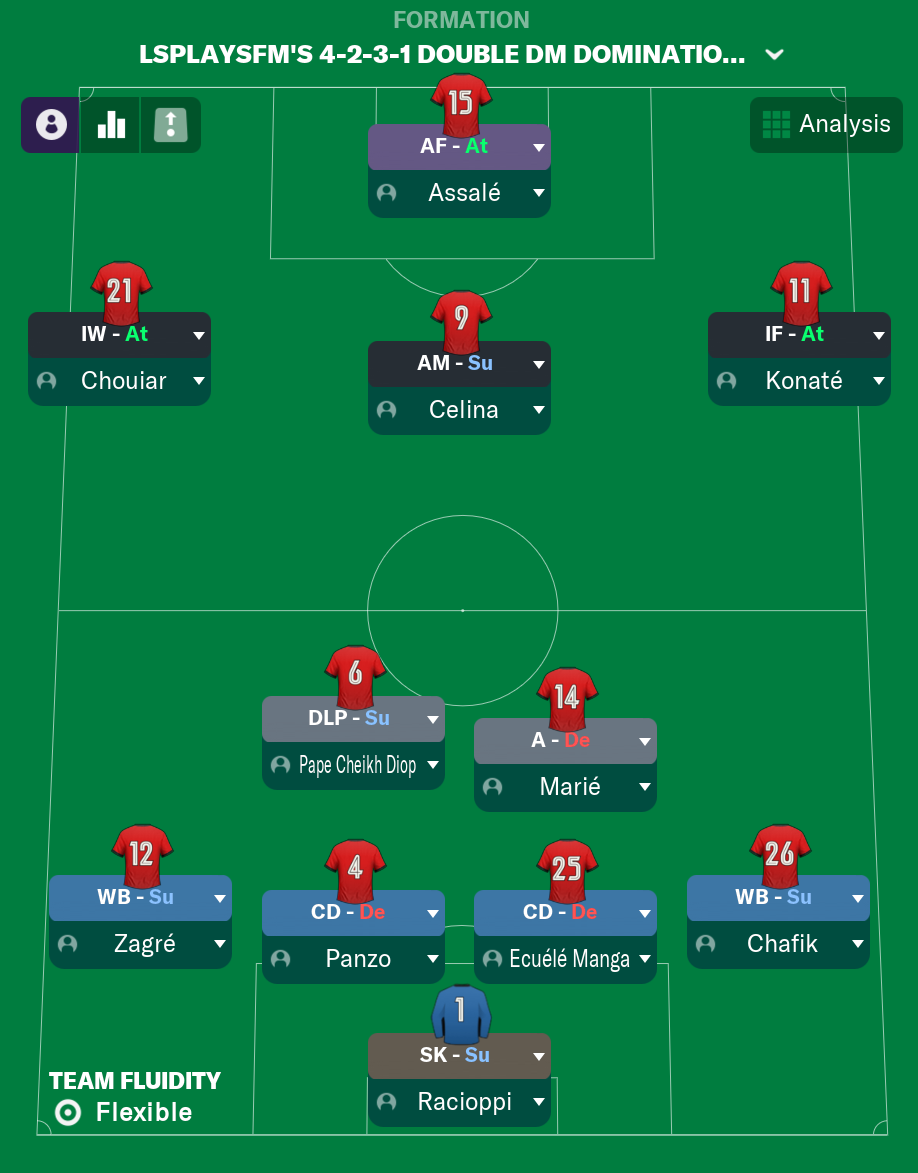 Dijon were predicted 17th at 400-1 in Ligue 1, yet the team finished up in 2nd place! They managed a crazy 74 points easily clear of the sides below and securing themselves Champions League football. Also it wasn’t just the League they performed well in but the French Cup coming away as the winners of that competition. Much like with PSG as well, Dijon also had some real standout performers, their striker Roger Assale mainly as the AF winning the Ligue 1 Golden Boot award. You can see quite how Dijon got on in their competitions and the League below: 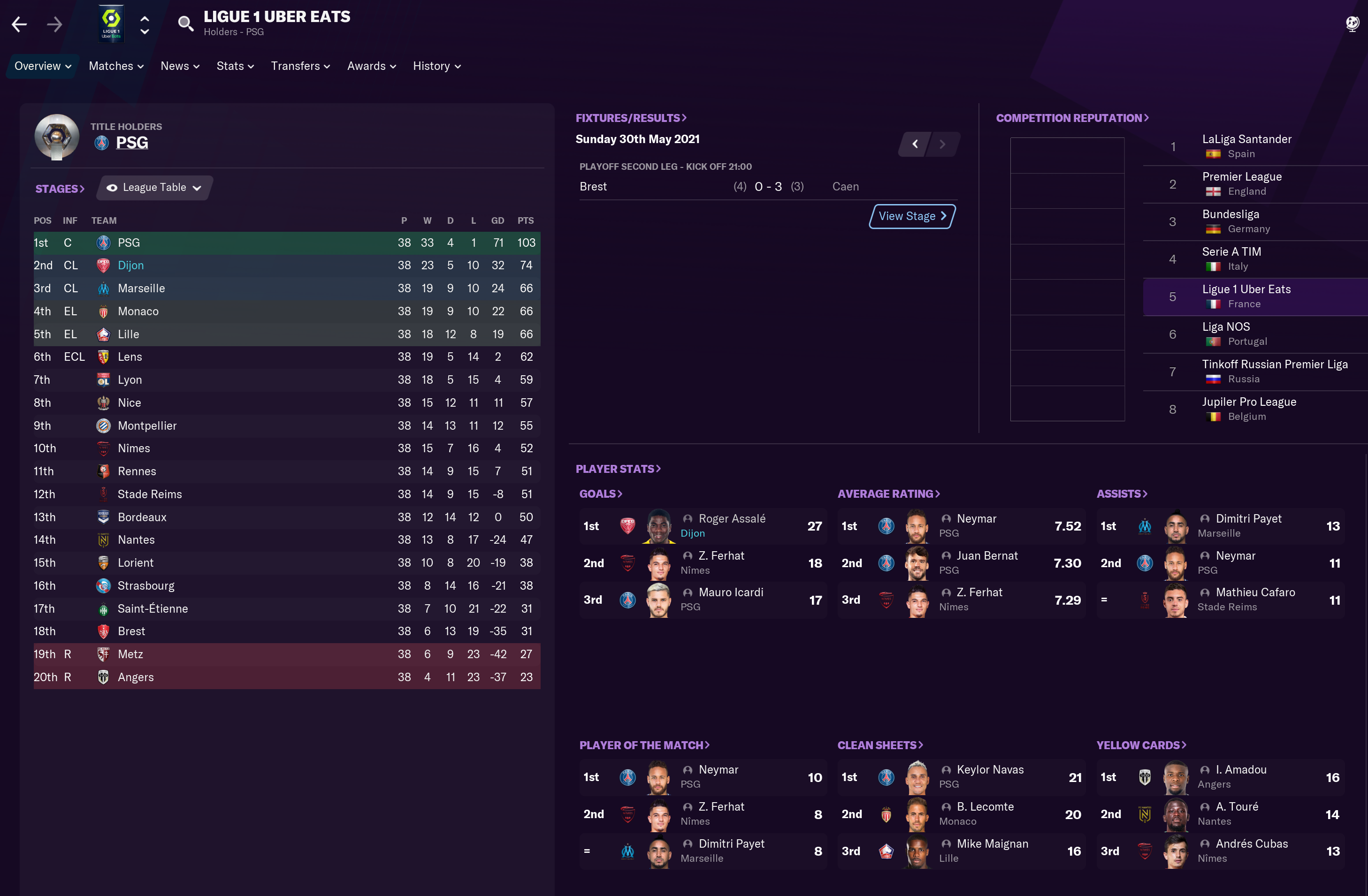 We come to the final team now with Port Vale. A league 2 side with very much less technically gifted players then any of the sides we’ve looked at so far and also the team predicted to come bottom of the division at 100-1 odds. Them being so poorly rated was a big reason why I wanted to test them so we could see how a poorer side could fare with this tactic. Port Vale’s side would line up something along these lines when using the tactic. 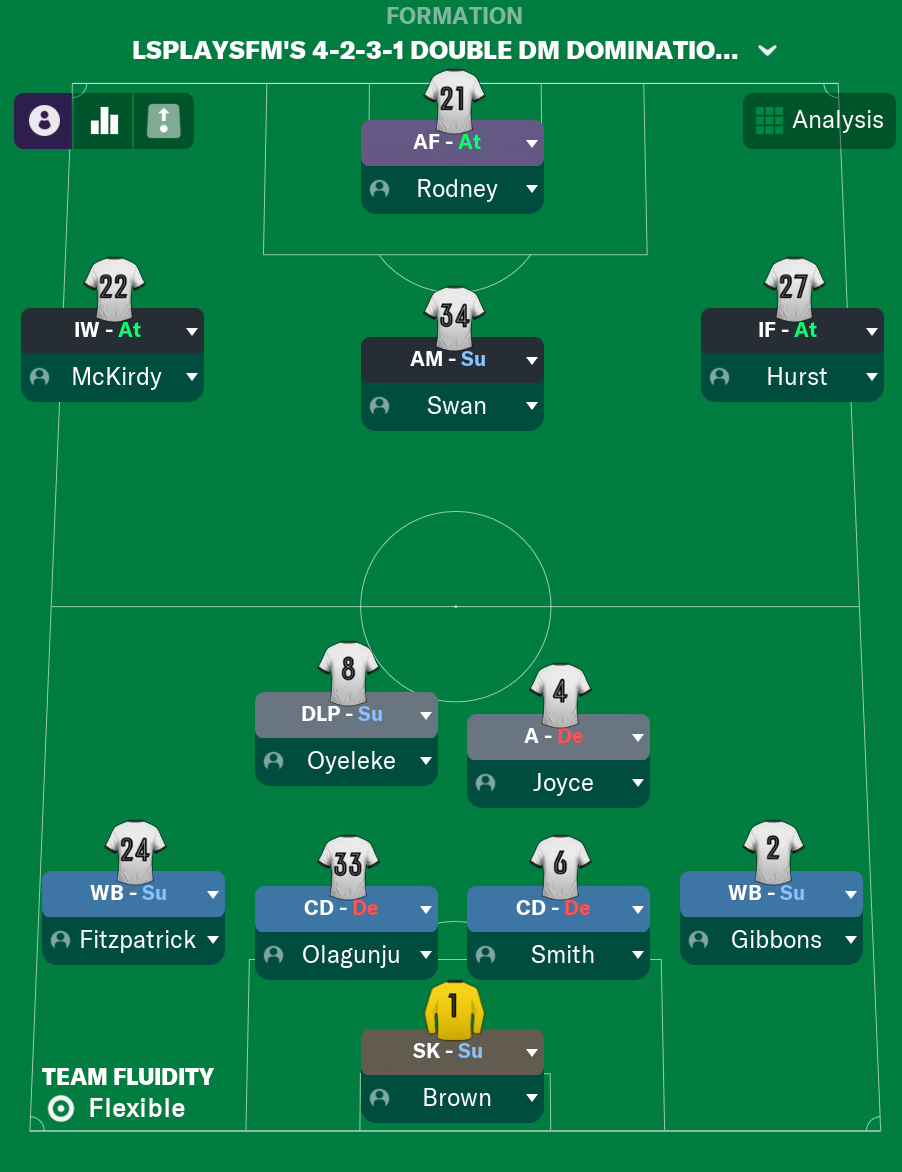 With this tactic, they smashed it in the league, winning it on goal difference managing a very good 79 points and had the best goal scoring record in their league as well. Clearly showing that even when being used with much poorer players the tactic can still work wonders considering the team predicted to come last eventually won the league as well. You can see exactly how the side got on below: Overall that is how the tactic performed in these tests.

In addition to my YouTube channel, you can also find me over on Twitch where we have begun a new Journeyman save in Europe as well, currently in Norway’s 2nd tier with Grorud. The link for the channel is below, why not come on over and drop a follow on the channel.