Download
Overview History Discussion
After lots of frustration finally found something that is really consistent in this patch.

I was planning to end my first season with predicted 9th IK Sirius in Sweden, to show you my dominance in the domestic league. But I got so ecstatic with my Europa League qualification matches, with a final 4-0 destroying of a much stronger team (Basel), away!, going through to the group stage, that I had to share it with you guys.

Not much to say, it's a phoenix tweak, so full credit to Magician, I just changed one position and role, and added a corner routine from other tactic. As Babemocni suggested me, and it counts a few goals on the season, the corners should be taken right corner-left foot left corner-right foot.
The central CM should be an attacking type, as he scores a lot of goals.
NO OI'S, No shouts, just plug and play. 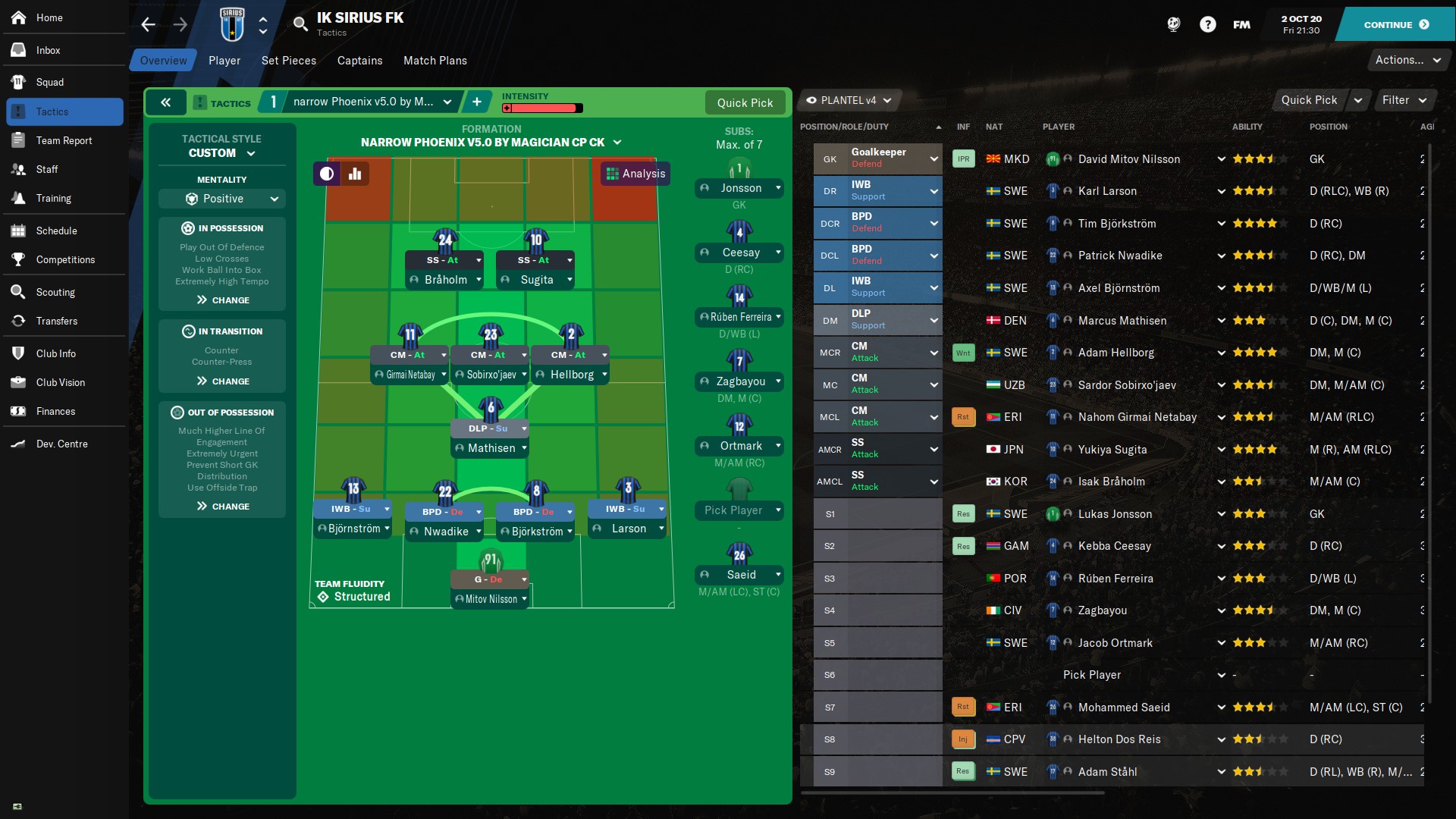 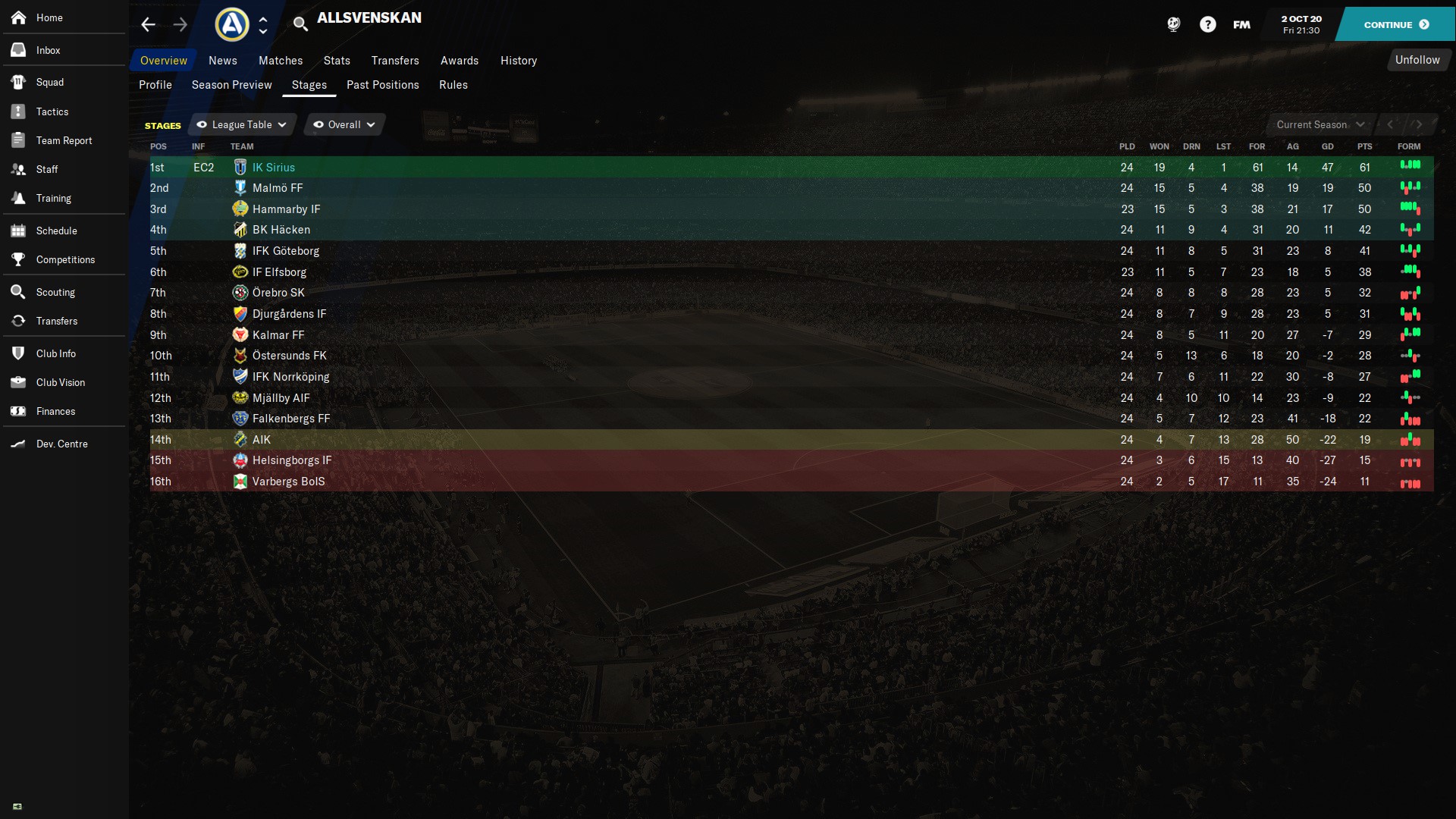 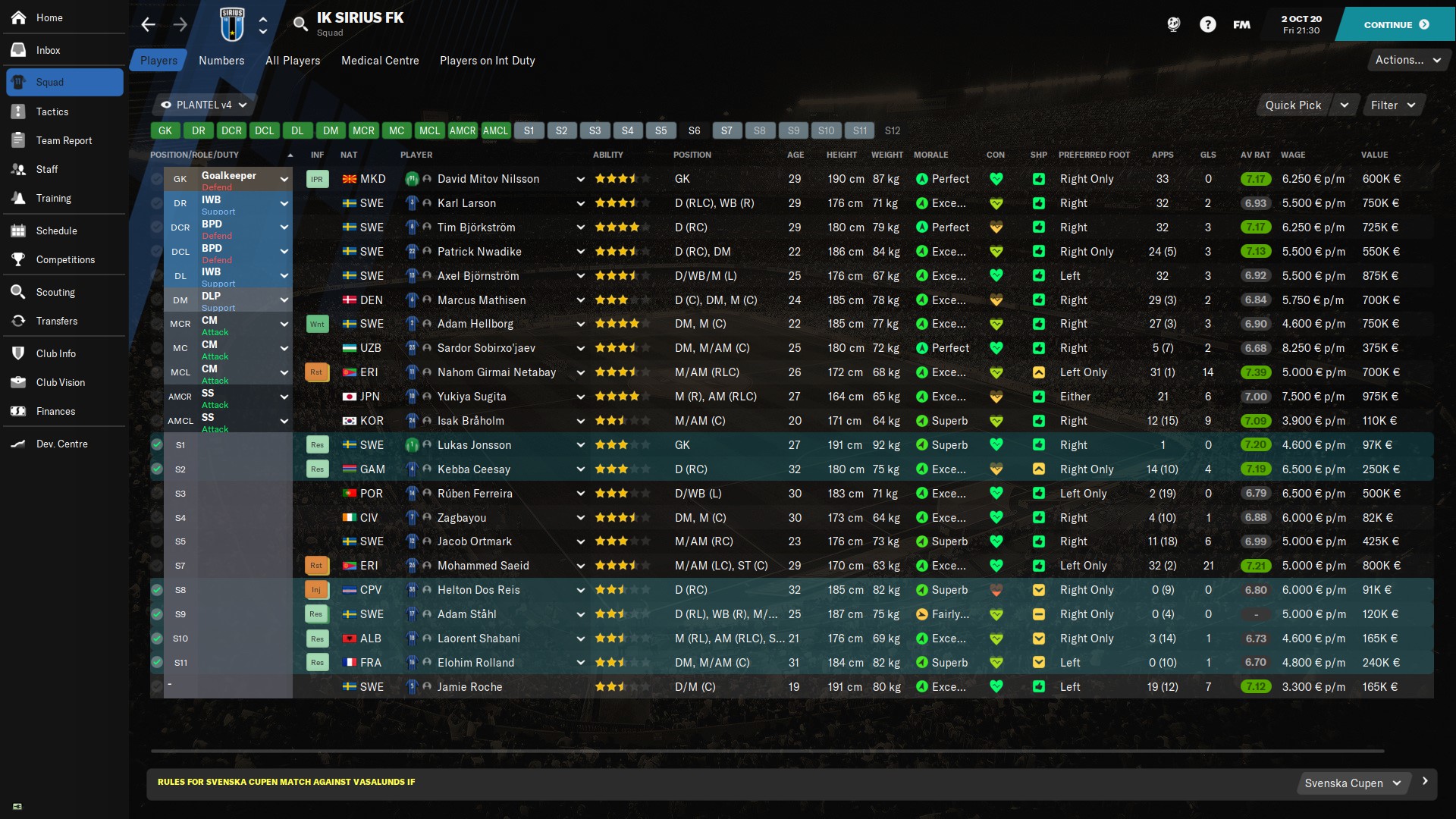