Download
Overview History Discussion
First of all this is a tweaked version of Egraam's tactic Waterfall V1, so full credit to him!

I decided to post the tactic after A LOT of testing in different scenarios. Only after being satisfied with the results, I start a proper save, and as I like it, a challenging one! Taking over a very weak team, Varbergs Bois, predicted 15th of 16, in the swedish league. Not having wingers and strikers makes it really easy to make a squad. So sold a couple of wingers and signed 4 players on free transfer. Still my team CA is still the 2nd worse in the league. Initial results are promising, winning the swedish cup, and gaining acess to Europa League. Defeated stronger teams like Norrkoping, Elfsborg, and a much stronger in the final, Malmo, with a very "clean" 3-0. And dominating every single match. 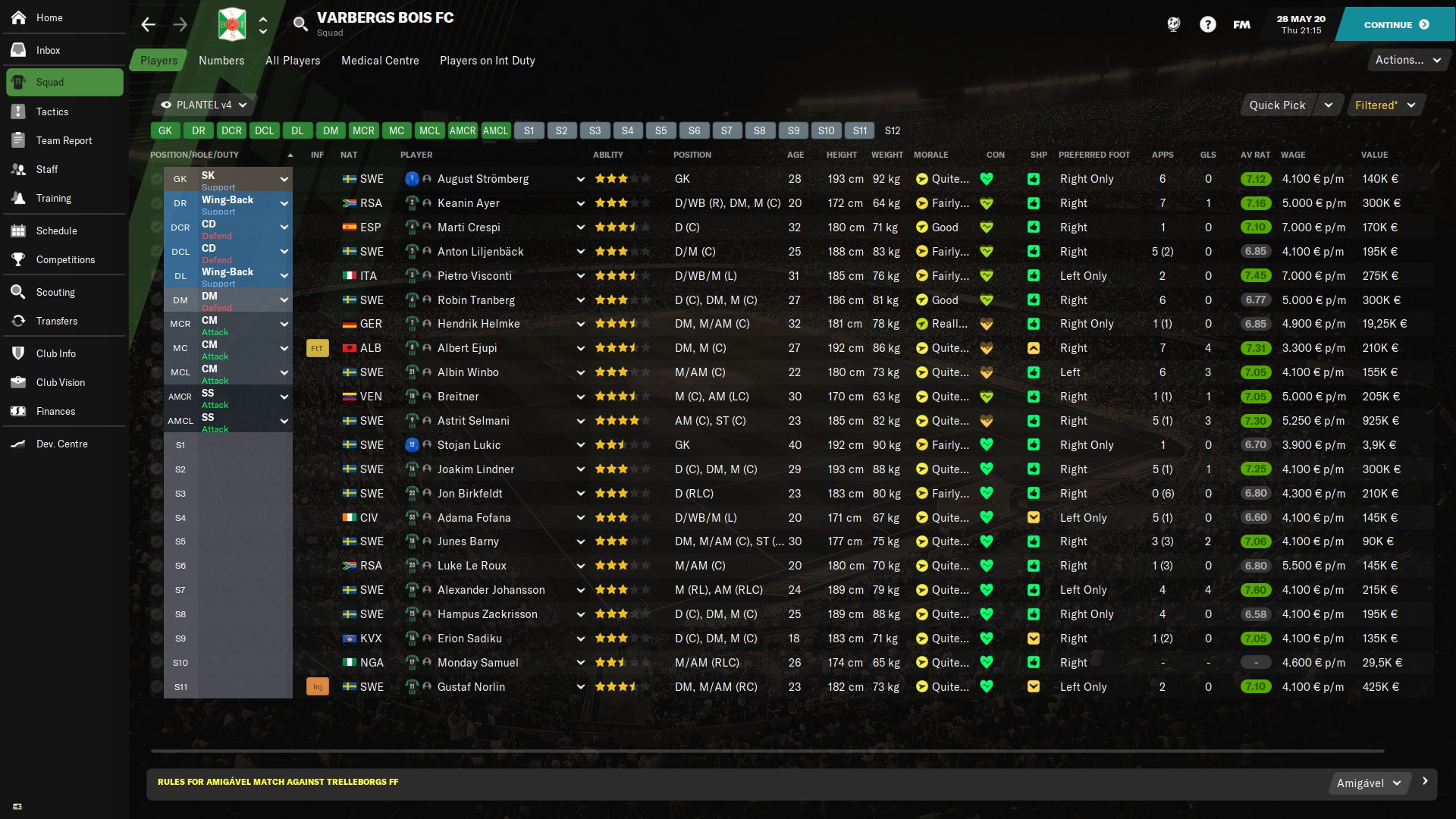 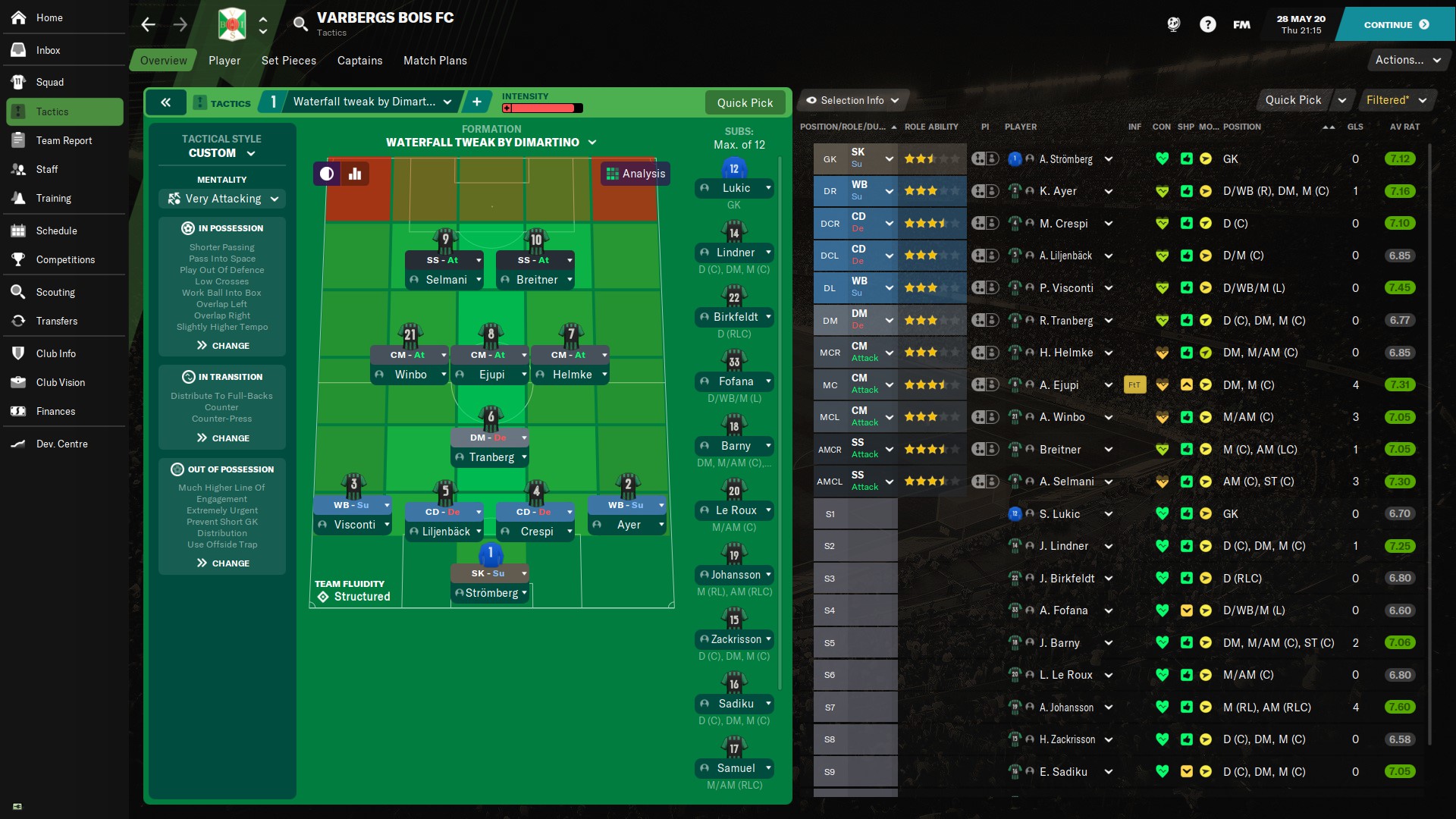 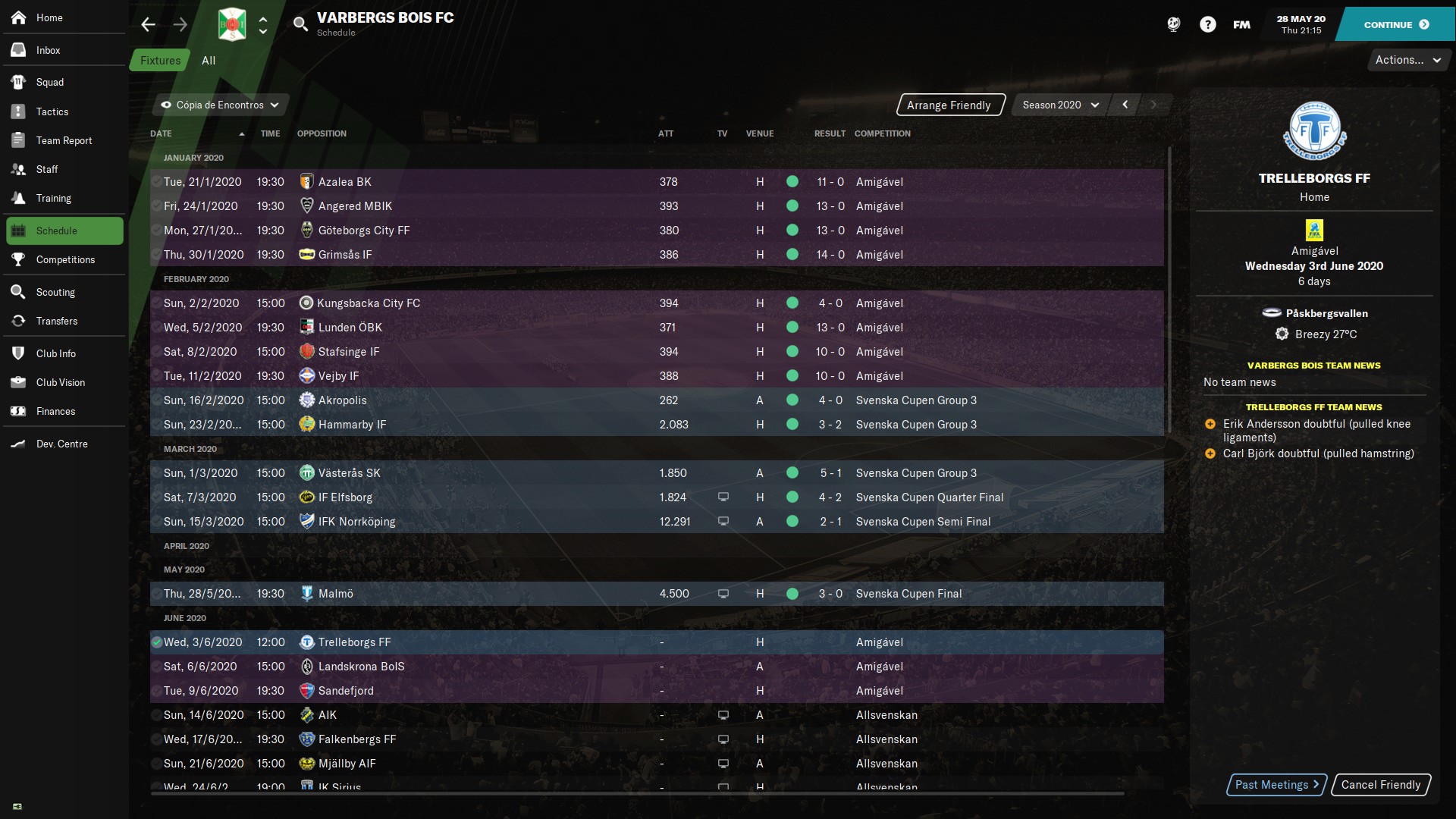 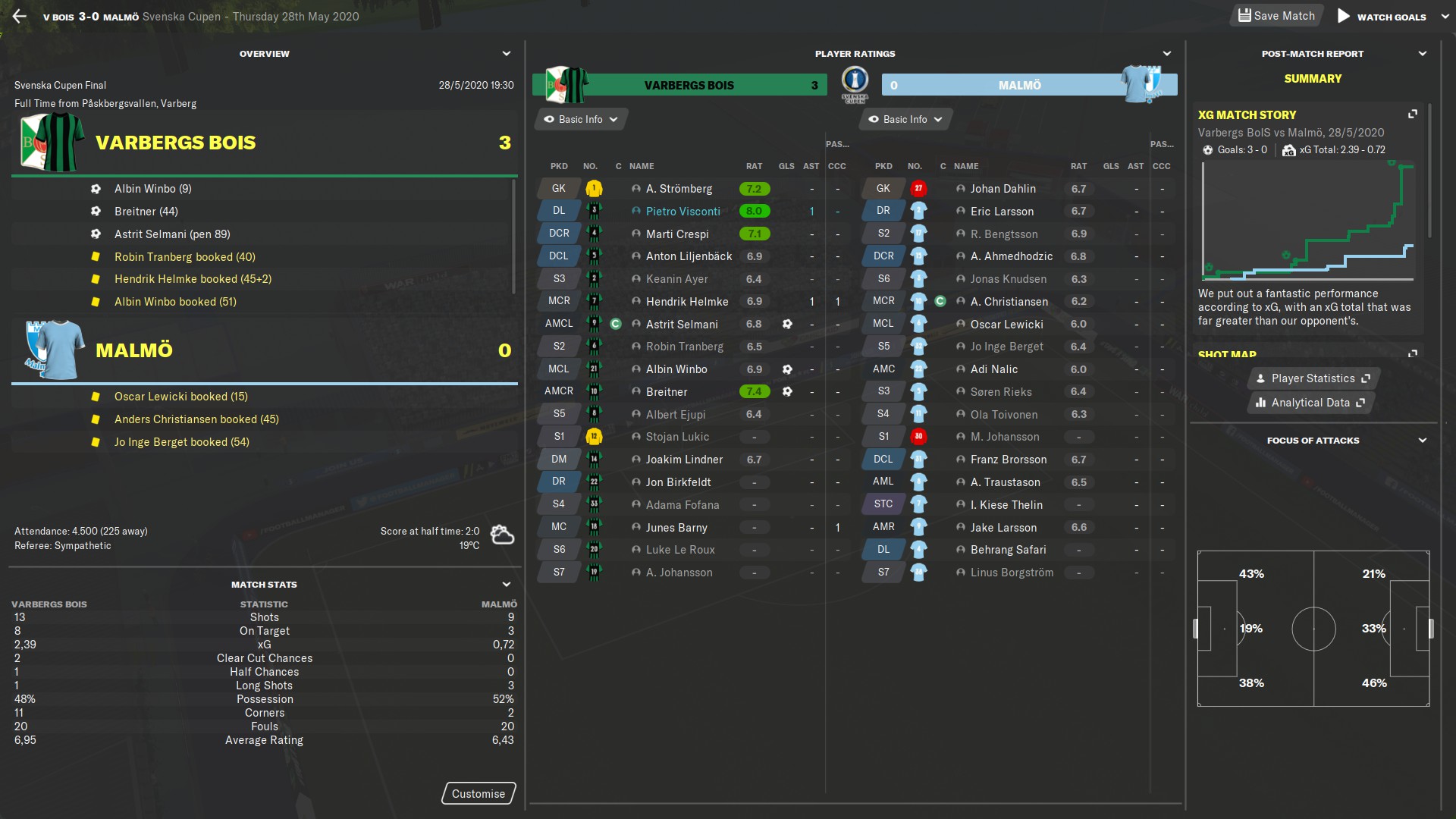