This is a really special tactic. For the first time in Football Manager I managed to recreate an idea I had, and for me it is extremely succesful.

Well, my idea was to play with three DCs when out of possession. When in possession, a DM (=halfback) will drop deep, creating 4 DCs! This allows the DCl and DCr to spread out wide, and actually become wingbacks! The DC and the halfback will be left to cover the center of the pitch. This gives you a very solid 3-3-2-2 when defending, and an explosive 2-6-2 when attacking.
For opponents it's very difficult to defend against inverted wingbacks already, but it becomes almost impossible when central defenders suddenly become fullbacks marauding the flanks. My inverted wingacks and the DC/WB hyrids both assembled huge scorer point tallies: 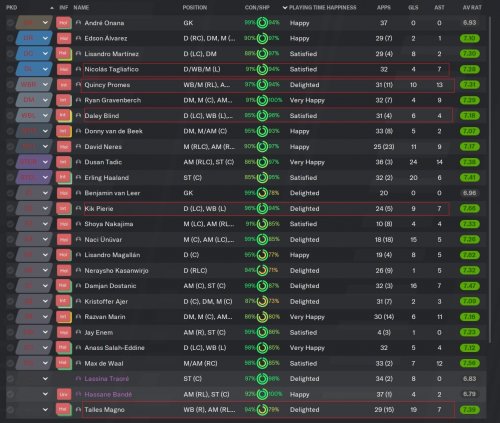 I marked the players that were my main wingbacks, and inverted wingbacks throughout the season (* Talles Magno played around 1/3 of his games as striker).
The following graphic shows the formation when out of possesssion, and the players movements when possession is won. 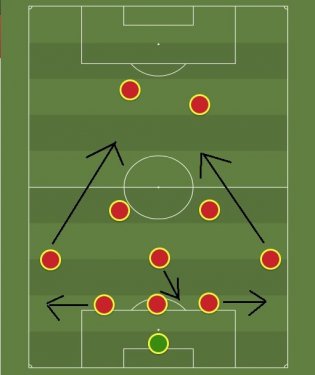 The implementation in FM

The hybrid between DC and Wingback that we are using has not been implemented in FM. The way I got this to work was to position them as WBs, have a narrow defensive width and specifically instruct them to mark opponents ST (l) and ST (r). When you are playing against a lone striker, your DC will mark him. This is very stable defensively, and the wingbacks still contribute a lot to the attacking phase of play. Note that I had much better results using winbacks with good defensive stats in the DC/WB hybrid position, than playing DCs there.

To give due credit: the standards were taken from Lisa's @terminator tactic: 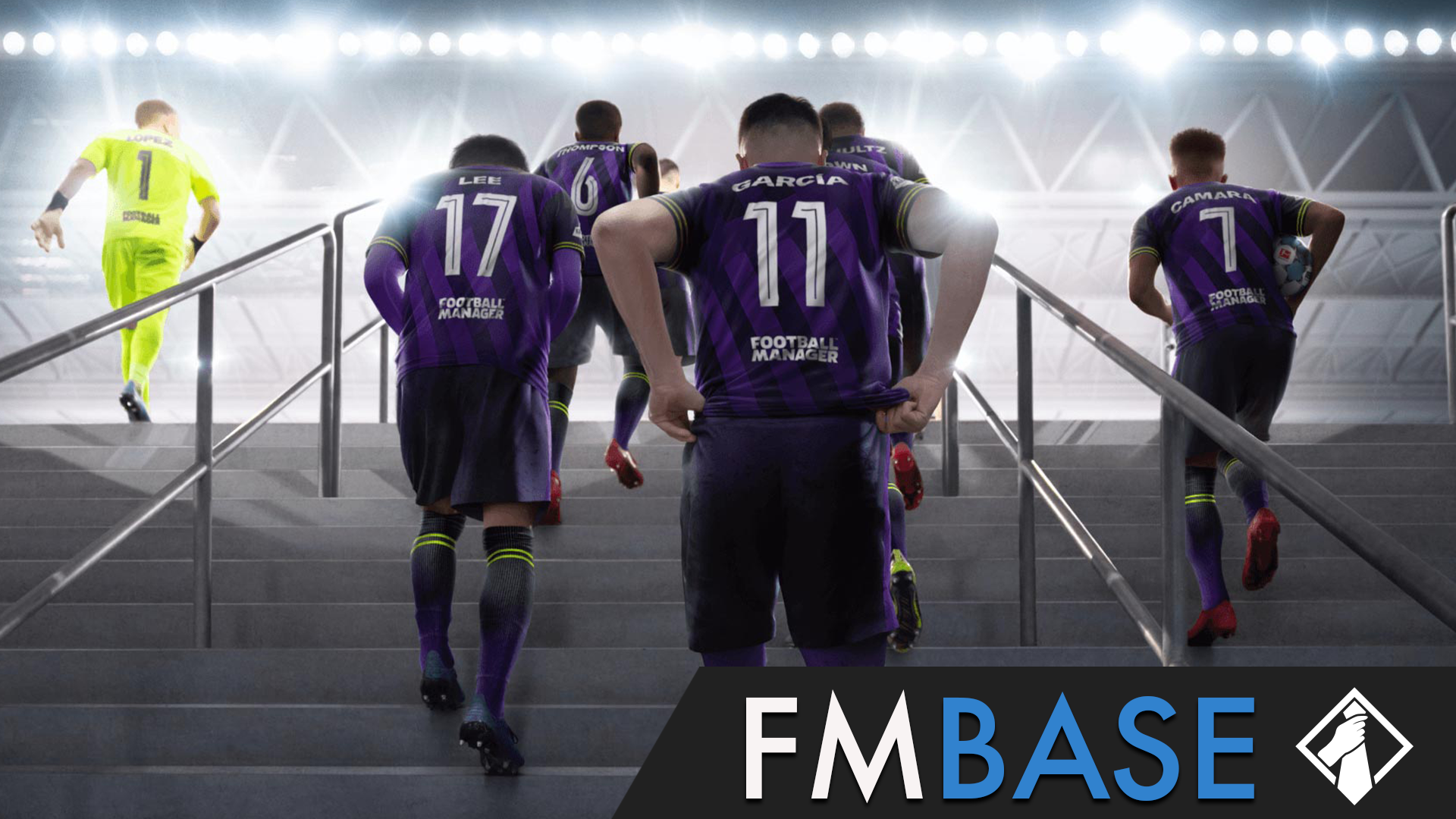 Testing with Liverpool no freezing / no transfers set up the tactic, friendlies and left the AssMan. Set individual training according to the positions of tactics! AML / ML takes the left corner. AMR/MR takes the right corner. 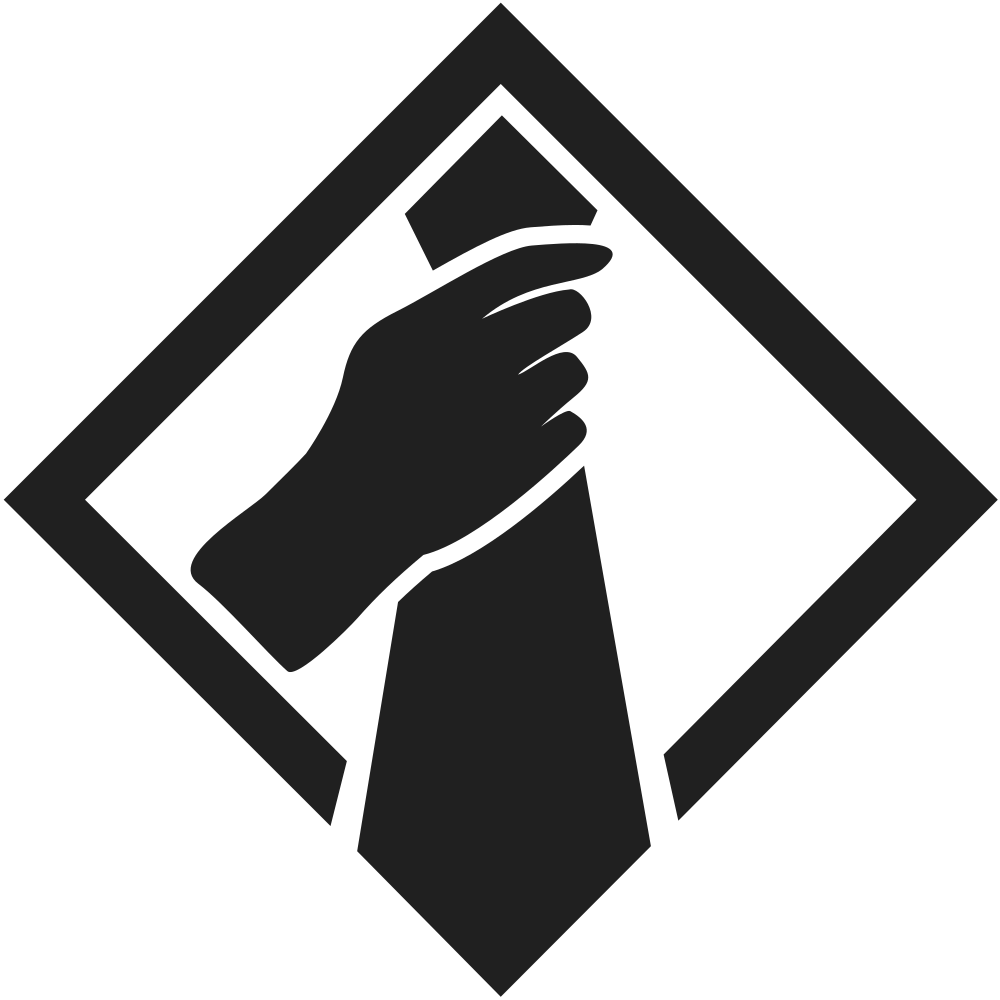 In practice
I enjoyed a hugely succesfull season with Ajax with this tactic. Winning the league unbeaten, the domestic cup, and becoming runner up in the Champions League (narrowly beaten in the final by Liverpool). The football this tactic produces is spectacular. it isn't primed for huge spells of possession. Instead there are blazingly fast attacks with quick short passing, and lots of unexpected movement. I really enjoy this tactic a lot, and I hope you will too. 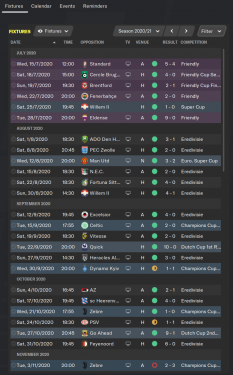 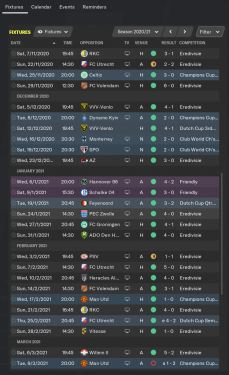 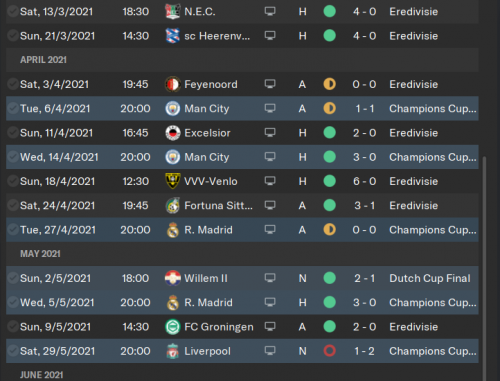 Let me know if you have any questions.