Download
Overview History Discussion
Sometimes you just want to vibe, and this formation has at least given lots of vibes to me. 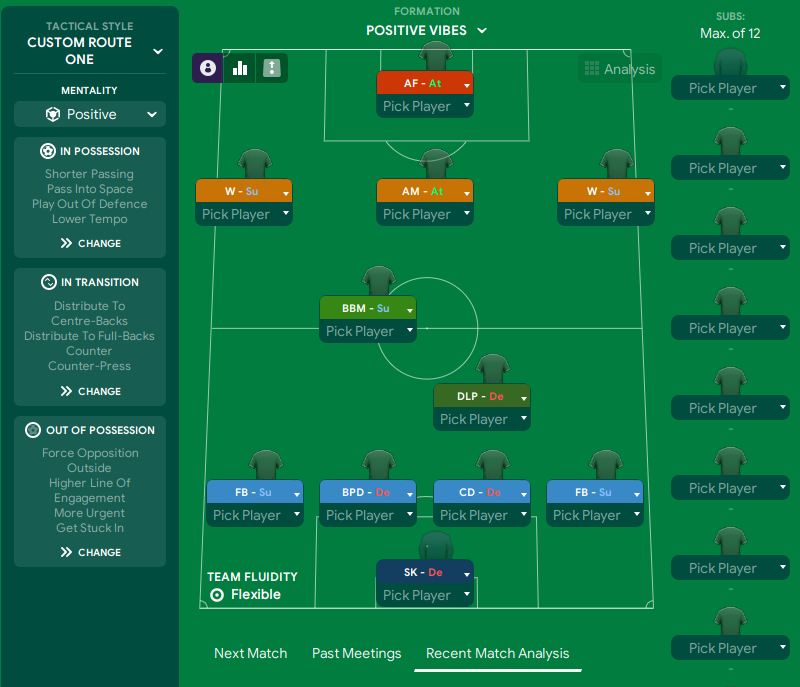 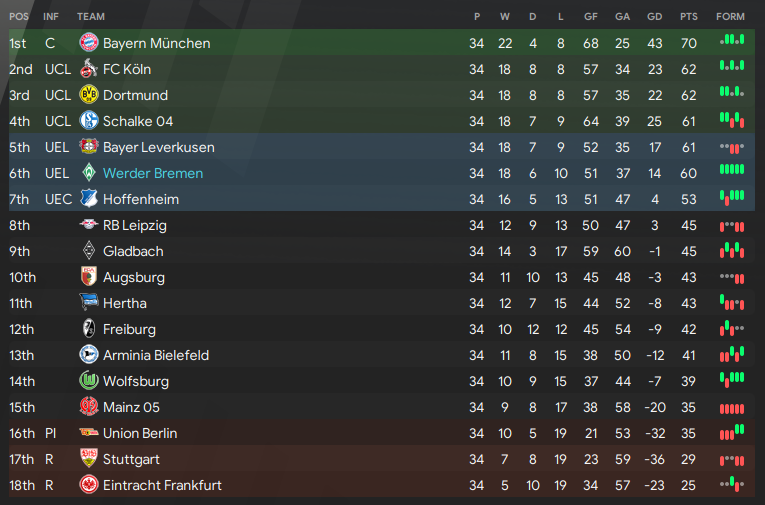 This tactic has been tested with Werder Bremen after I had used it on previous saves with Almere City FC where I had gotten good results. This dates back to FM17 which is also my first FM in general. I've always started my saves with this tactic, though every year with small tweaks, as It gave me good solidity in defense and ample opportunities when countering. This tactic can be played with a higher tempo as well as a lower one, the same goes for the directness of the passing.

From my own experiences the most important players are the Wingers and DLP. If you do not have great Wingers but instead have good IW's then use those on support duty instead of Wingers on support duty. Another key group is the BPD/CD/DLP. As the CD is your least creative defender you'll have to ensure that the surrounding players can play some of the best passes in your entire team. Also ensure that your BBM has a high work rate and stamina to keep up with the full 90 minutes.