The aim was to use my target man to get my team up the pitch. i used "Pass Into Space" to utilise my TM pace and physicality so it is IMPORTANT that your TM is fast, strong and decent in the air. The poacher and IW will pick up the pieces around the box whilst your midfield and defence do a lot of hard work! 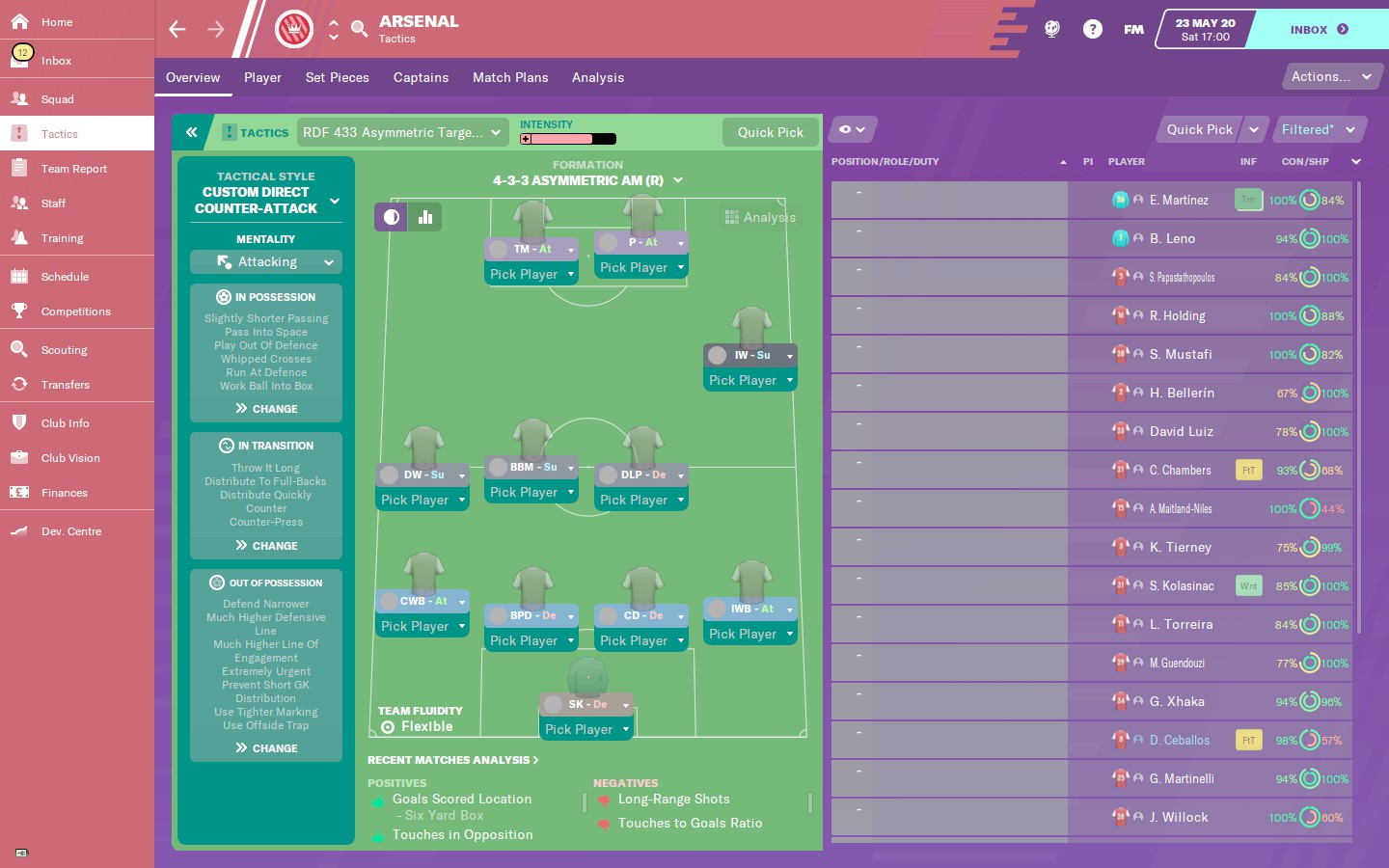 Results:
i didn't lose till my 34th game! 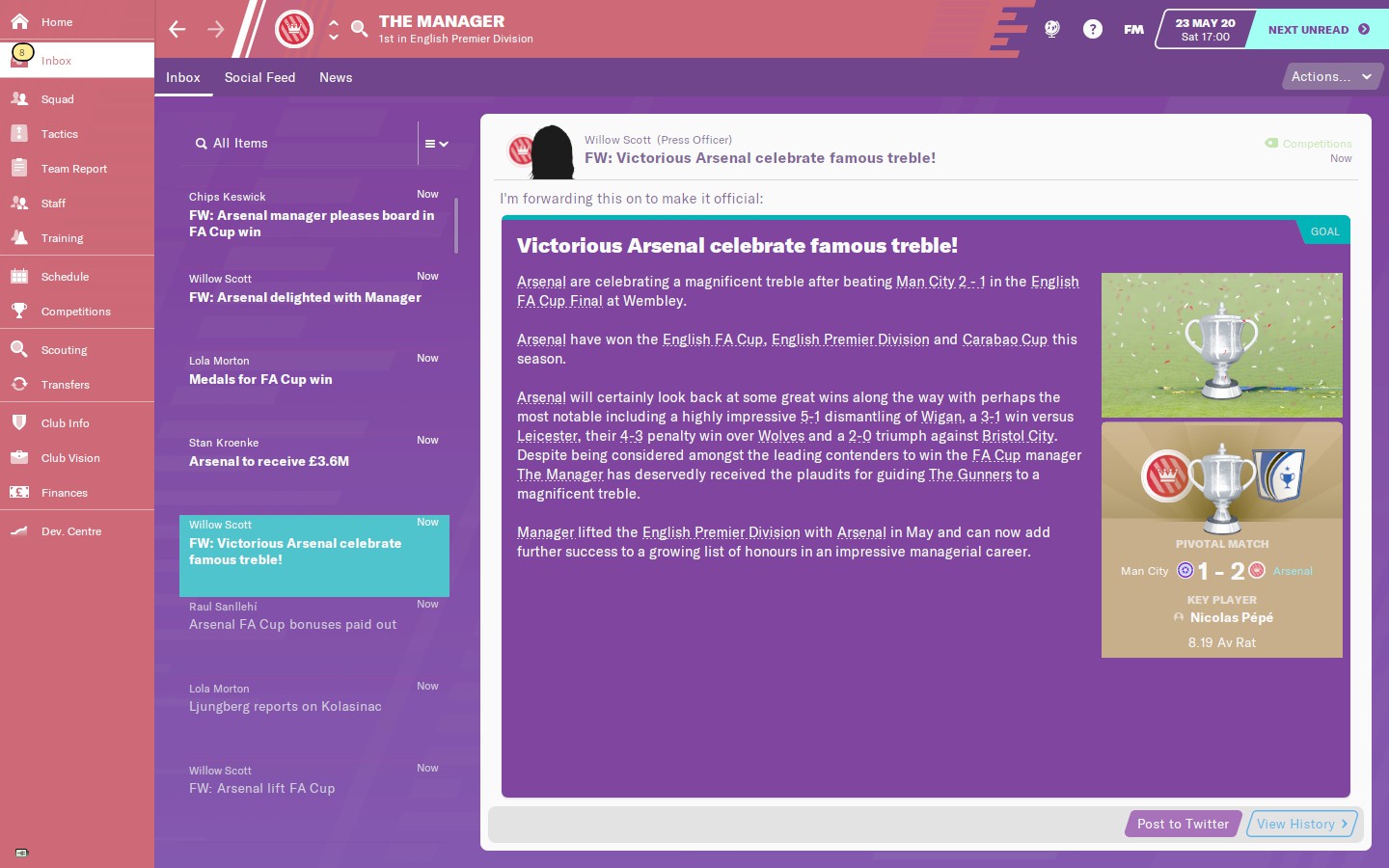 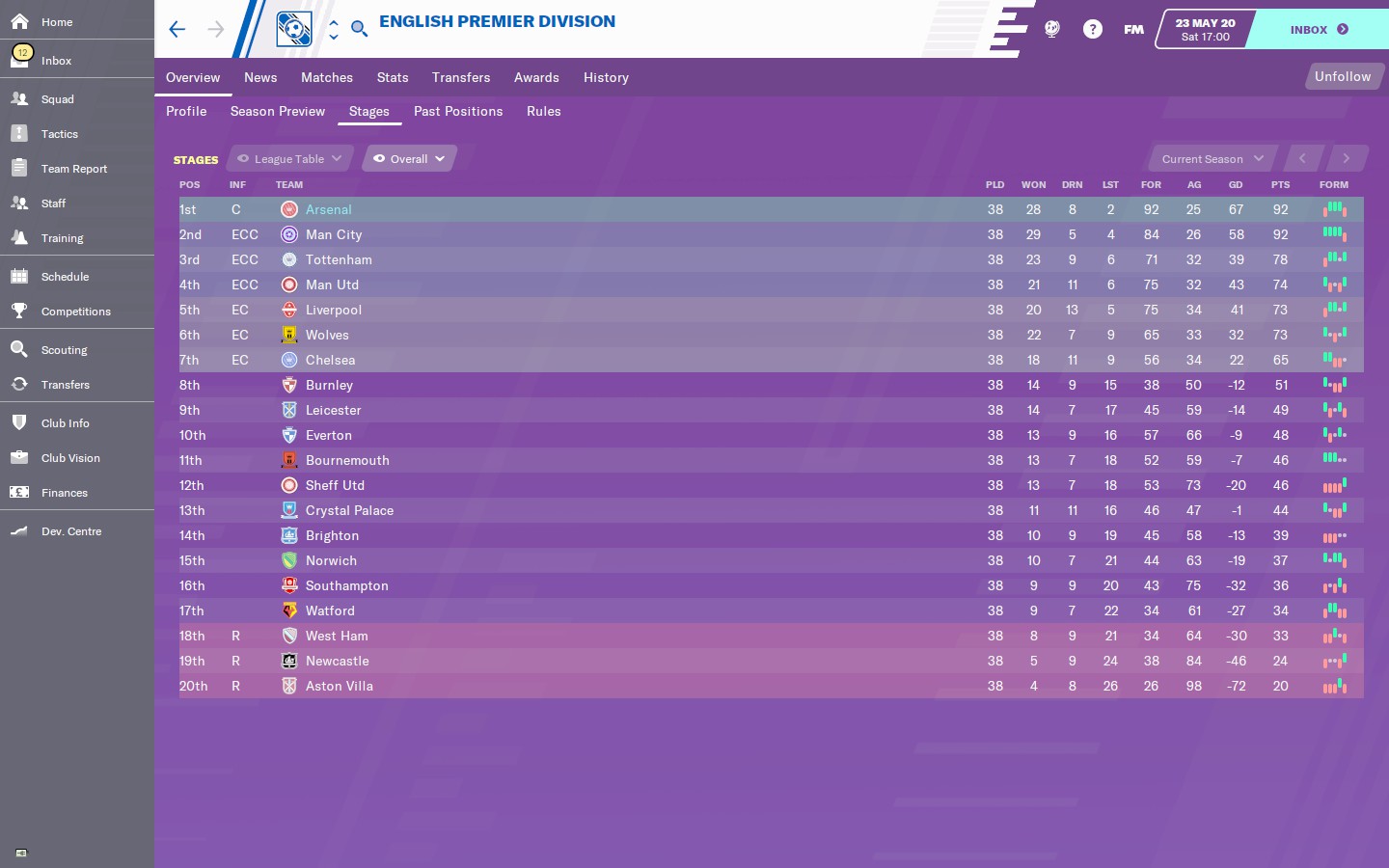 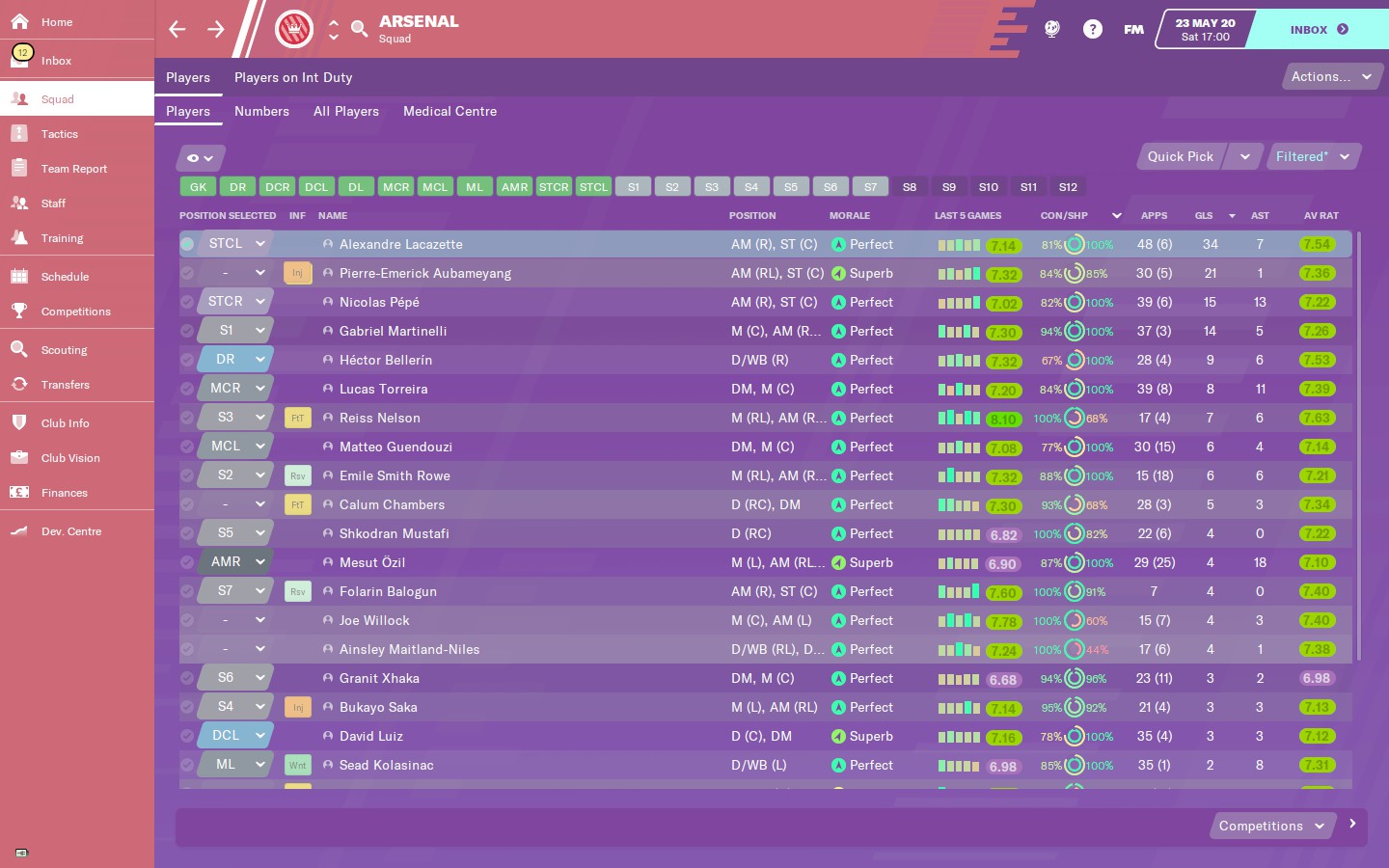 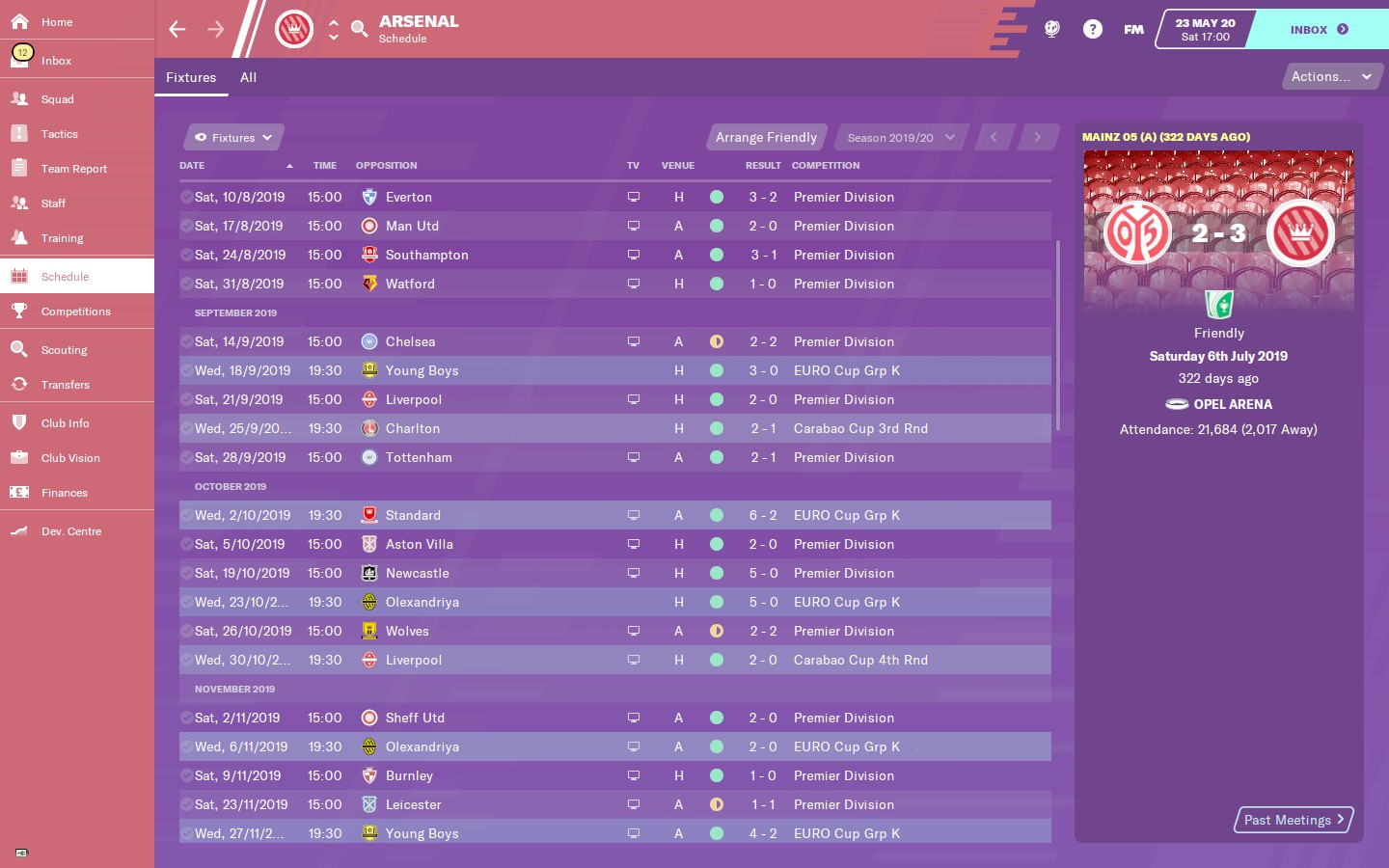 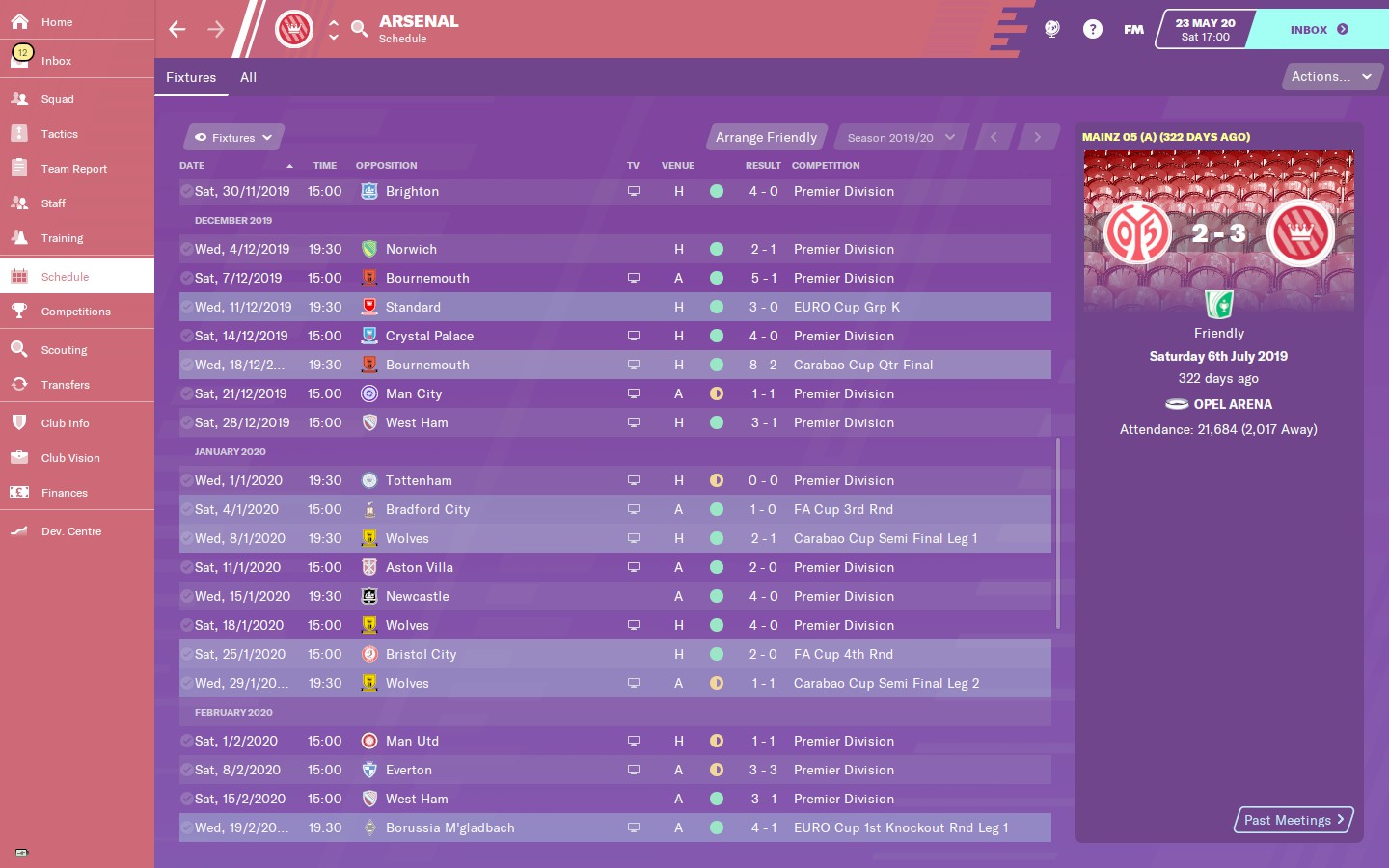 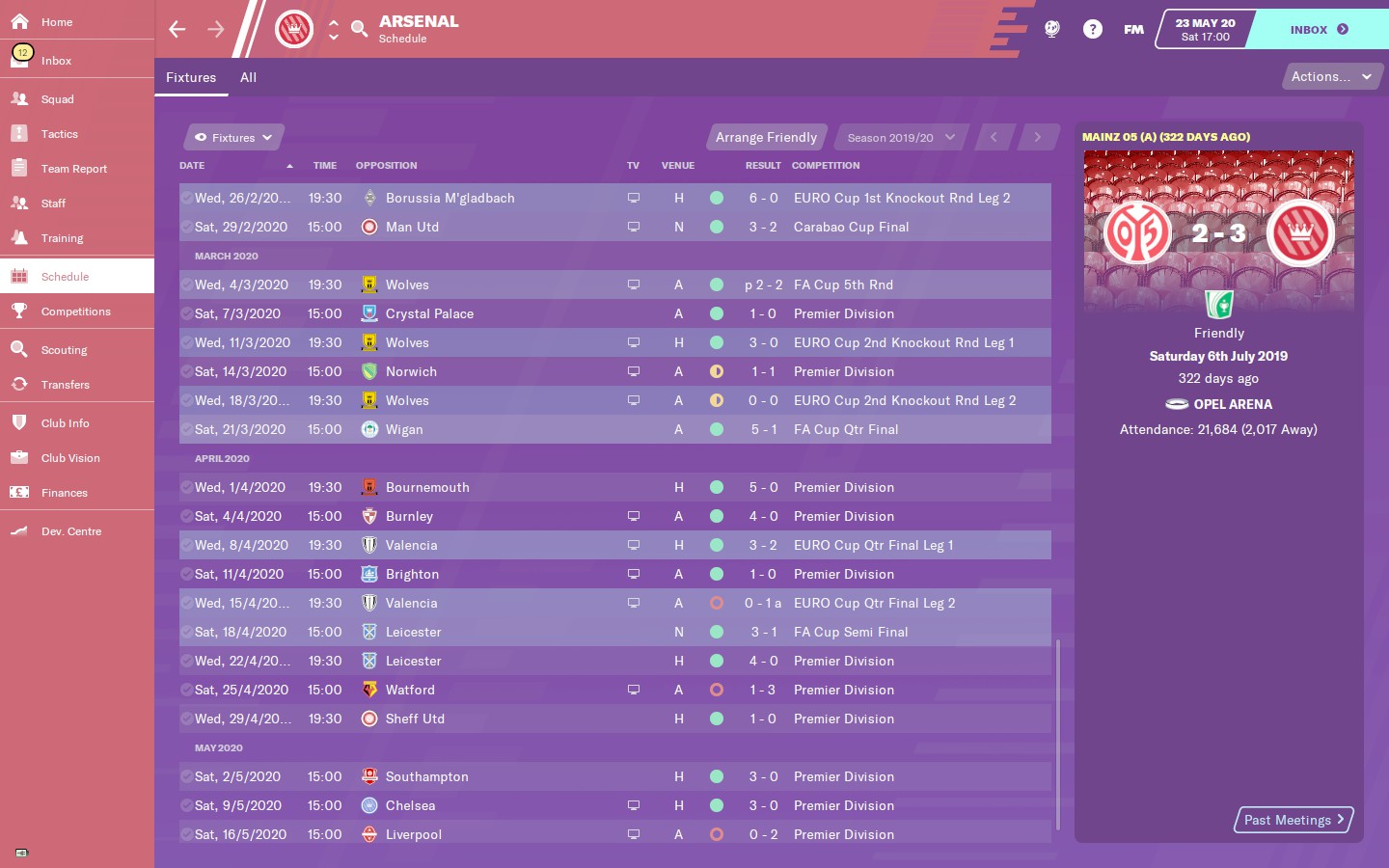 GK/sweeper keeper: needs to be a good solid keeper. a shot stopper preferred, as you can concede a lot of shots

Full backs: need to be pacey. having good attacking attributes such as crossing, technique as they'll be involved in attacks. marking, positioning and decisions all important

CBs: need to be good defenders, both in the air and on the floor. needs to be fast as offside trap and high line is being used

CM/playmaker: the motor of your team, he controls play from deep and protects your defence. good playmaking skills and positioning/agility are important

CM/box to box: needs to be a good all round midfielder, good physical stats needed to be up and down the pitch, also good shooting attributes.

LM/defensive winger: unsung hero. he works a lot and is important. needs to be good at creating (passing and crossing) and also a good dribbler

RW/inverted winger: almost plays as a 3rd striker, but for me, his main objective is to create space and confusion

ST/the pair: Poacher will need good anticipation, off the ball and finishing. he is never involved in the build up play. THE TARGET MAN! IMPORTANT that your TM is fast, strong and decent in the air

Training: (schedule may be uploaded soon once played of full FM, not FMT)

CBs: Ball-playing defender defend (set because we play out of defence, i want defenders improving ball skills too)

- have a big squad with decent players who can play with this system. i made 0 signings so games i can see the struggle

- NO set piece routine set up.

- if somebody would like to create a shut up shop tactic, that'll be great for users. i hate going defensively and play the same way for the whole game. it has cost me at times though.