AFC Wimbledon - ''The Rise of the Wombles''

Congrats on winning the league bud! No worries about league 1, it's going to be an easy ride as well
Try to go for experienced players that are out of contract
A

Man v.1 said:
Congrats on winning the league bud! No worries about league 1, it's going to be an easy ride as well
Try to go for experienced players that are out of contract
Click to expand...

Thanks mate, yeah am looking at a couple of experienced players, but also players who have done well in League one also, to add experience to my young team.

I hope League One will be fine also!!!

***** Next update will be later when i get back from coaching. Will include all transfers, and summary of last season. 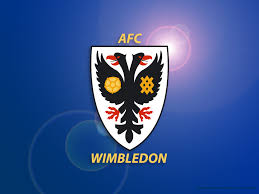 Following their promotion to League One, AFC Wimbledon have announced that manager Andy Samuels has signed a new two year deal which will keep him at the club till 2014. Samuels had this to say on the clubs' website '' I'm thrilled to have signed this contract, and hope to continue to achieve many more successes with this club and keep climbling the football ladder. Despite reports in the press I was never deciding to leave the club, I wanted to get the season over with and concentrate fully on promotion, before signing the new deal, which is good for both myself and of course the club.​


During the usual end of season/start of next meeting with the chairman and the directors, which they praised the exceptional performances of the team on the pitch, they were delighted with the financial improvements off it aswell. We now had a healthy bank balance that read just over £1.3 million. Upon hearing of the signifiacant rise, the board gave me 325k to strengthen the squad along with 27.5k on wages. With these figures in hand, I set off straight to work to see what bargains I could bring in before I tapped into the transfer budget and for the first time since I took over, I looked at making some wholesale changes to the playing squad.​

With those players of the wage list, I got to work scouting through the Out of Contract and Released list I got sent by our new scout Barry Hunter. I really wanted to add a mix of experienced players who had played well at this level and also a couple of promising youngsters who have been tipped as stars of the futures.​

Although Davide came to England as a huge talent, he was seemed surplus to requirements at Man Utd despite his young age. So when I heard he was interested I worked night and day to secure his signature and I'm sure Davide will be able to show what a talent he really is here with us when given regular football.​ 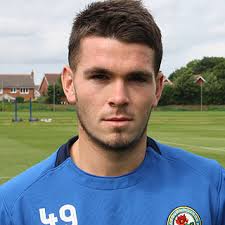 
Michael, again like Davide, wasn't given the chances at his club Blackburn, and with the midfield a key area that needs strengthening, signing Michael was a no brainer, and i'm sure he will become a huge fans' favourite during his time here.​


Alex Nicholls - Out of Contract​


I have been scouting League One alot last season and Alex's name kept being passed my way, especially coming to my attention was the 15 goals he scored in a struggling Walsall side. Alex will be able to take the goal scoring burden off Danny Kedwell, who we have relied on alot over the past two seasons, and will im sure chip in with his fair share of goals.​

***** Bringing those three players to the club there is still lots of rumours flying around who will be next through the door, but until i have the player(s) signed, I can't divulge into any of the suggested players in the media.​
H

what formation are you using ?
A

Hammy96 said:
what formation are you using ?
Click to expand...

I have mentioned that throughout my story mate! All my own formations and mainly 4-2-3-1 and other times 4-4-2, all depends on injuries and squad condition.
How come you ask?

Hammy96 said:
sorry mate just wondering because i have never seen anyone do aswell as you with a small amount of money
Click to expand...

No need to be sorry mate, was just curious. Everything I've done is through my own tactics etc, didn't want to use other people's as felt that wouldn't be right as it wouldn't happen in real life.
Thank u for the comment, guess it's all working at the moment, not sure what it'll be like in League One.

should be alright, the way your team is looking right now
A

Hammy96 said:
should be alright, the way your team is looking right now
Click to expand...

Hope so, just need everyone to gel with the formations and 1 or 2 more signings we should challenge for playoffs maybe.

you may be the best FM ever lol
N

CFC88 said:
you may be the best FM ever lol
Click to expand...

Haha, I did have Tom Adeyemi on loan!!

sign Kris Commons from the mighty hoops, is always on transfer list for season 3 available for maybe 200k
A

Can't mate, he just signed new contract and plus he worth 1.5mill.
A 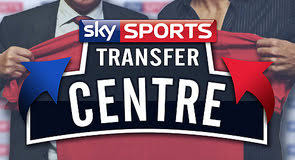 
''We at Sky Sports News can bring you this exclusive that's just reaching us in the studio, I Jim White can confirm to you, that League One new boys AFC Wimbledon have broken their transfer record with the signing of Pablo Mills from Crawley Town for 35k, this beating their previous record of 22k for Jon Main.''​

'' We can now go to the phone line and speak exclusively to AFC Wimbledon manager Andy Samuels. Andy thank you for joining us, how do you feel about the signing of Pablo Mills?''
''Thanks Jim, well i'm delighted to sign Pablo, we needed to sign a quality defender to partner young Conor Coady, and everytime we came up against Pablo, he was a man mountain at the back.''
'' You have just broke the clubs transfer record, is there still money avaiable?''
'' Despite the money we spent on Pablo Mills, there is money available and if the right player comes available then we could be interested in strengthening further.''
'' Andy, as always a pleasure speaking with you, good luck for the new season.''
'' Thanks Jim, bye.''​

With Pablo Mills joining and Rashid Yussuff going the other way to Crawley as part of the deal, I managed to bring in a few more players to the squad. Although there is most of my budget available, I did reduce some of it by tying Stephen Henderson and Craig Westcarr to longer deals, meaning as a result I increased our wage budget. With those contracts signed, I managed to sign 2 more players without touching the purse strings much and a loan signing as I brought my spending to a close for now!!​ 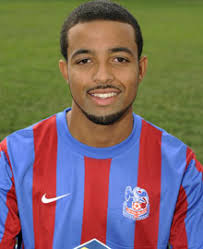 Kieran will bring more competition to the left side of our midfield, and I expect him to be challenging for a first team start very soon into his career, and I feel we can develop him further as a footballer.​


The signing of Alan McCormack has not only excited the fans but myself aswell. Alan was a prominant figure in the Charlton side last season, and is a consistant performer at this Level, and I am confident he will produce big displays when we need him from centre midfield.​


This is my starting squad for Season 3.​
A 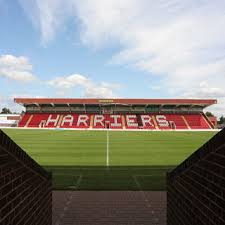 
An entertaining game today and allowed me to field some new signings, with Alex Nicholls starting upfront in my 442 formation.
The goals came in the second half with debutant Alan McCormack(75) finishing off a fine move, Callum Gregory(Own goal,85) put us further in front. Alexander Smith(89) pulled one back, then another player making his debut Davide Petrucci(91) sealed the win with a strike from the edge of the area.​


A nice trip to Ireland for this game, and it turned out to be a cracker.
Christian Jolley(4) got us off to a great start, then Conor Coady(36) doubled our lead. A minute later though Gavin Cleary(37) halved the deficit. A Pablo Mills(Own goal,52) undid all our hard work to draw the home side level, Danny Kedwell(Pen,58) scored the winner from the spot after Alex Nicholls was brought down.​


We started off slowly in Korea, and that was probably due to the long flight we had only just landed from 12 hours before kick off.
Shin Ki-Yong(8) fired the Koreans into the lead, but we were back level after Davide Petrucci(12) scored from close range. Alan McCormack(42) edged ahead just before half time. Craig Westcarr(50) added a third 5 minutes into the second half. Kim Dae-Hwan(55) netted soon after to set up a thrilling finale to the game.​ 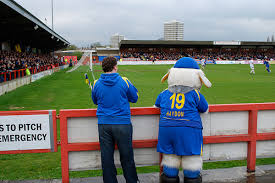 
End to end stuff again in this one, Stephen Henderson saved a Niall Lynch(Missed Pen,22) to keep the scoreline level early in the game. That save spurred the team on and Danny Kedwell(24) put us ahead with a nice finish from close range. Alex Nicholls(58) got his first in pre-season, again with an easy tap in after a keeper error.​


Another win, which keeps morale high as the start of the season was only a couple weeks away.
Craig Westcarr(41) hit the back of the net with a fine volley from a tight angle, and Christian Jolley(62) continued his fine form with our second.​


A very pleasing performance against a strong Blackburn side, we had chances to score in both halves and also had a Danny Kedwell goal wrongly ruled out just before the interval. In the second half the quality of Nikola Kalinic(50,60) finishing proved to be the only difference in what was an even game.​ 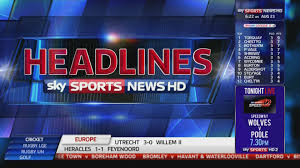 
Sky Sports Sources understand that tonight, AFC Wimbledon have turned down an approach for their highly rated centre back Conor Coady. We believe the bid to be in the region of £350,000 was from Wigan Athletic. We have just been handed this response by the AFC Wimbledon manager Andy Samuels who has issued this response on the clubs website.....'' I can confirm that we had an offer today for Conor Coady from a team in the Premiership, we told Conor about this deal, and although he stated that he was flattered by the interest, he wanted to stay and help improve here with this team. We also felt the offer fell way short of any realistic valuation of Conor and we are delighted that our new Vice Captain will remain with us. ''​
D

wonderful bud! another promotion! is this two seasons played and two back to back promotions now?

check mine too
A

dani3w said:
wonderful bud! another promotion! is this two seasons played and two back to back promotions now?


Lol, just posted on yours mate.

Yeah that's two from two now. Not sure how i'm gonna do in this League some big teams in it, like Boro, Sheff Wed and Palace. Hope my team spirit can get me playoffs at worse.
G

Giggles said:
:wub: This Story- Keep it up!
Click to expand...

Thanks mate. Havn't had chance to get season started yet as been busy at coaching. Starting season now, so next installments soon.