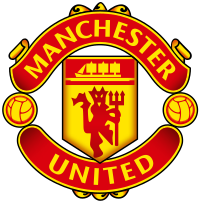 Wenger would dearly love to be going into the game with his first-choice line-up, but it will be anything but that.
Injuries have ravaged his defence and it appears Belgium international Thomas Vermaelen will be sidelined again.

With Spaniard Mikel Arteta also set to miss out with his calf problem, things are not looking good for Wenger.
Thierry Henry is also a doubt with a calf injury, leaving Arsenal with few selection issues.

England international Jack Wilshere remains a few weeks away from a possible return.

While Arsenal are beset with injuries, United have been boosted on that front with the news that defensive duo Phil Jones and Chris Smalling look set to return.

Both England defenders missed last week's home win over Bolton after they collided with each other in the Manchester derby win over City.

One piece of bad news for United is that Anderson has suffered a setback in training and will not be involved.

Ferguson must also decide whether to recall David De Gea in goal or stick with Anders Lindegaard.

I'm going to go for United 3-1, their attack just looks too strong right now, and even if they leak a goal I just didn't see enough in the Swansea game to convince me we can win the midfield battle against players with pace and energy.
A

Hopefully this time we will play with Valencia and Nani on wings rather than Park. Park has done well against Arsenal but that was the team against which you needed few defensive players to contain Fabregas, Nasri and all. With Arteta, TV missing would like to see going with attacking line up with Jones and Carrick in the midfield.

Will be going for Narrow United win.
C

well f you lol
A

Hard one to call. I've been mulling over it all week and trying to work out all the possibilities for my fantasy football squad. Either team could suffer a nightmare on the day and concede a shed-load of goals.
I'm with sunilvk7 on this. I hope Nani and Val are attacking from the wings and Nani has a free role (shoot on sight).
R

Van Persie can always produce a bit of magic.....but as a manchester united fan, the only players I rate highly enough to cause us major problems are Persie, Ramsey and Song on his day.

Looking forward to it, very rarely do I look at a big match like this and feel so confident!

In particular I'm looking forward to Nani/ Valencia down the wings...and Welbeck vs Mertesacker....should eat them alive!

The two goals were brilliant
L

nice goals XD. at first i though Robin was offside. XD
R

Neither team will play well, but Man United will win 3-0 comfortably.
C

Chelsea - Newcastle - Liverpool all dropped points we really need to get something from this game, if you offerd me a 0-0 i would take it in a minute.
J

As long as we get a point I don't care what happens tomorrow. COYG
M

Could go either way, with both teams being without form and having lots of important players on the injury list. Having said that, i placed a bet on United to win and feel pretty confident about it. Carrick&Valencia were absolutely brilliant in the last couple of games + Nani's been always good vs Arsenal. Whatever the result, it's gonna be one **** of a game.
G

3-1 Arsenal, I reckon. Think Arsenal are due an upset against United.