Leave feedback below - every bit is much appreciated.

Also, please remember to give this tactic a rating in stars if you use it.

I have played around with it, since I like 4141 formation
S

Promising signs on my save with Napoli. Will report back end of the season.
V

Update from Napels. Finished 3rd in the league after melting in the last 6 games. Also bottled the champions league final.

Apart my striker who finished on 29 goals in 33 games. I really struggled for goals. If he had a bad day then we struggled. Especially against defensive teams.

Draws against Bologna, Verona, Parma, Sampdoria and Torino probably costing me the league.

Defensively it was solid with the best defence in the league.
S

Season 2. I did use another tactic up until December (4 draws and a loss in that time) then reverted back to this and what a decision that turned out to be. 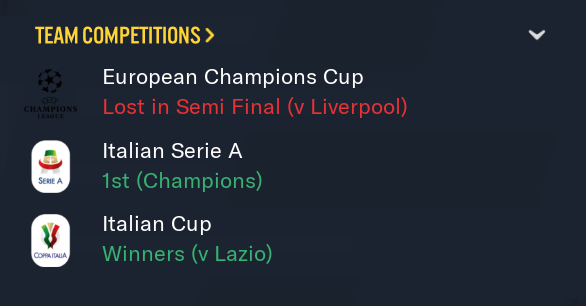 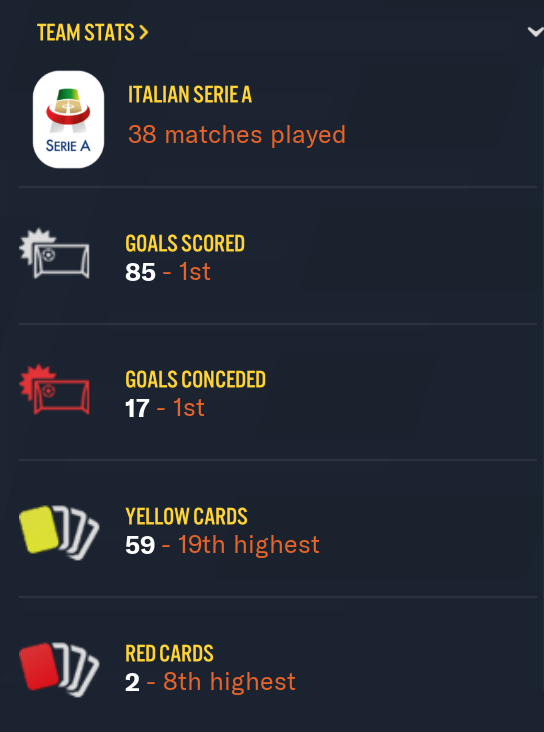 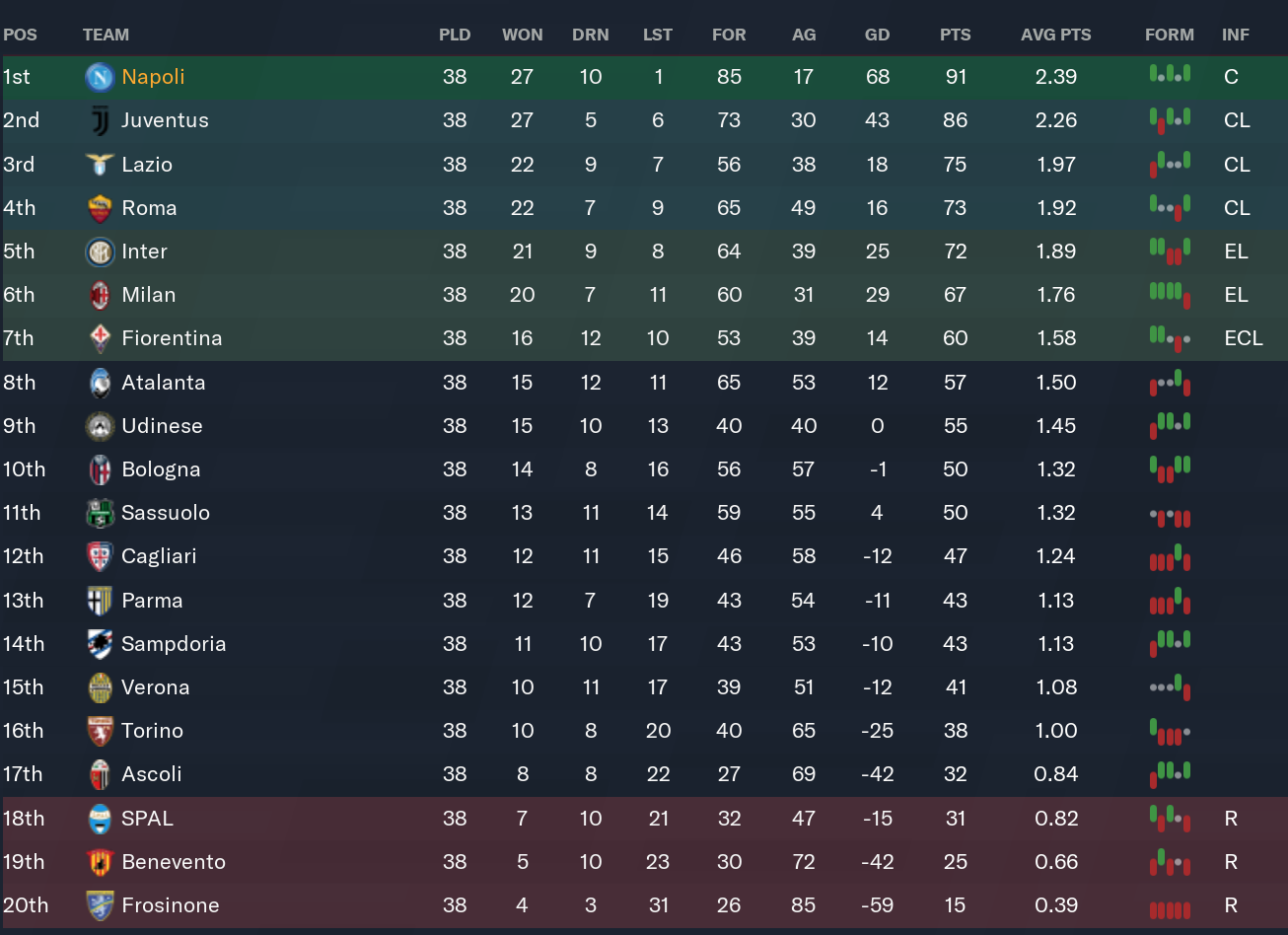 Goals much more spread out than last season as well. Rock solid defence, Striker still scoring and the midfield getting involved as well now. 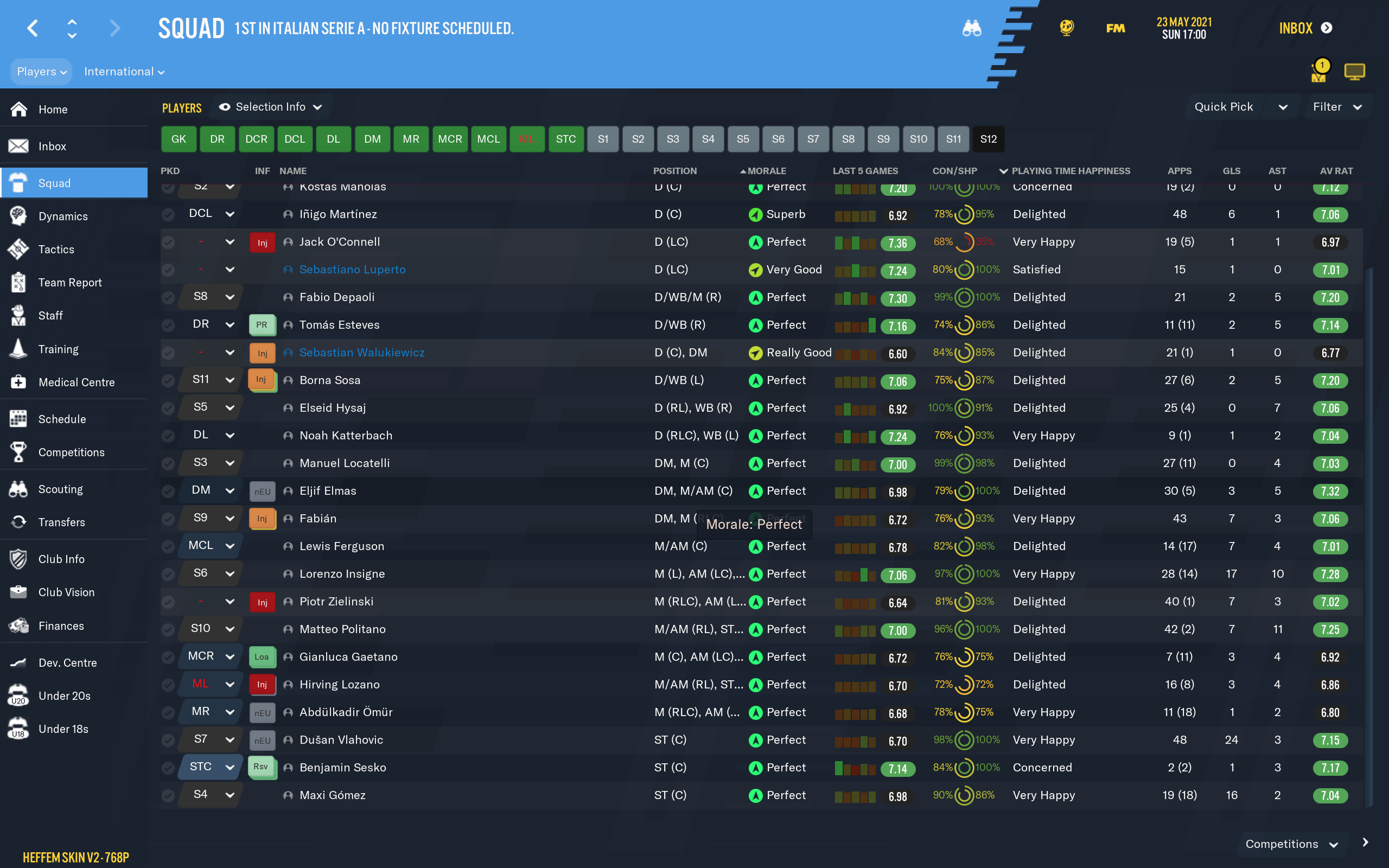