Dennis Bergkamp starts his second season at Walsall Football club with a bright future ahead of him after there triumphant league 1 win last season , Walsall and fellow promotion winners Peterborough and Huddersfield enter the championship.
​
View attachment 127571 We need to improve to survive this season​
Manager Dennis Bergkamp is back from his holdays 2 weeks early to get ready for Walsall's most important season to date. We caught up with him to discuss this seasons chances and plans.

' Last season was great we had are ups and downs the players worked so hard in training even with the many new faces in the team and the club overall changing, the players stayed focused on the job at hand. Of course this season is going to be so tough i honestly dont think the team we have at the moment can compete in the top half thats why i need to dig into the market when it opens , we have some fantastic players here but the overall squad isnt strong enough at all but with the right faces coming in i hope we will be'​
.

season 2011 - 2012​
​
as Pre season began there was already players coming and out of the squad who already agreed to join from last season.
​
Ryan Taylor joins Walsall on a free transfer after his contract expired at Newcastle ​ 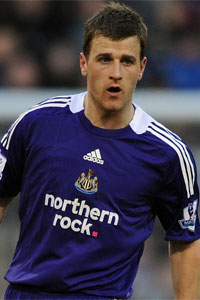 Carl Ikeme joins from Wolves for 600k , he agreed to join in February but Wolves wouldnt let him leave until the summer transfer window. ​

And finally bad boy striker Mido has joined on a free transfer after Ajax terminated his contract but Bergkamp sees potential in the controversial striker.​

David Holiett was briliant forme in the championship.
S

Last seasons Top Scorer Claudio Coralli has joined Premiership side Blackburn Rovers for 2.9 million pounds. The want away striker expressed he wanted to move to the premiership this season and Blackburn was his top choice. Bergkamp said ' Yes we will miss him but i think the fee we got for him we can try and get a replacement but its going to be hard to find a player with the same skill as Claudio'.​
Also leaving Walsall was Daryl Westlake who joined Burton Albion for 6 k and the following players were released off there contracts

Walsall have signed Jordan Rhodes for a club record of 6.75 Million pounds from fellow promoted team Huddersfield. The 21 year old is one of the hottest strikers outside of the premiership after scoring 17 goals for Huddersfield last season. Fellow striker Eddie Johnson beleives signing Jordan is a great move his goals will hopefully push us to the premiership this season.​
S

Walsall Fc are pleased to announce Adidas as the official kit supplier. The deal lasts till 2015 and will supply Walsall with Adidas training gear and to train at the Adidas centre in California.​
S

The Cyprus Tour​
AEL 1 - 4 Walsall​
Avgousti(20) - Gera (9,32,39,77)​
During the tour Walsall added Jason Koumas and Sotiris Kyrgiakos to the squad both on free transfers. Koumas was released by Wigan in the summer and Kyrgiakos was released from Liverpool, both very experienced players and will be vital to the squad this season.​ 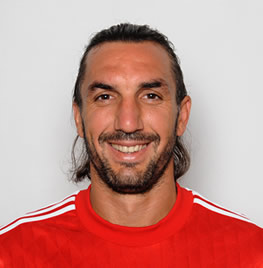 
Omonoia 2 - 1 Walsall​
Leandro(43)Mertakassa(85) - Meite(49)​
Walsall's final game of the tour saw them lose to Omonoia with Mido and Kyrgiakas making debuts for the club. ​

Young striker Jamie Paterson scored on his First team debut in a friendly against Rushden and Diamonds. Hoepfully we will see more from him in the coming season.​

Walsall have snapped up Ex West Ham Midfielder Kieron Dyer to bolster the squad for there first season in the Championship. The 32 year old was released by West Ham in the summer and Manager Dennis Bergkamp knew he had to sign him.​

34 year old Defender Ivan Franceschini has left the club after only a year here to Italian Club Triestina for 5 K.​

Young Striker Nikola Saric has joined Rushden and Diamonds on loan for 6 months to gain first team experience. The 20 year old has still got a bright future at the club according to Bergkamp.​ 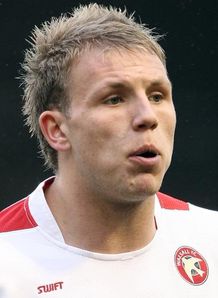 ​
And finally Richard Taundy has joined Preston North End for 60k. The 22 year old Midfielder was not part of Dennis Bergkamps future plans for the club.​
S

LA Galaxy 2 - 0Walsall​
Beckham(59)Kivorski(71) -​
Walsall flew off to sunny Los Angles to play LA Galaxy in a one off friendly match infront of 32,000 people. The game was slow to start with but David Beckham's goal in the 59th minute broke the dreadlock with Walsall attacking and attacking we become vulnurbale in defence and conceded another goal from Kivorski to end the match 2 - 0 to the Galaxy.​ 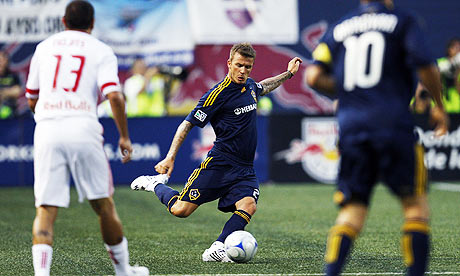 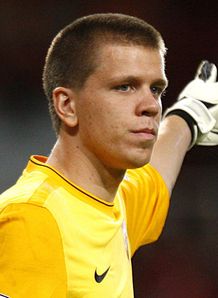 Walsall Fc have completed the signings of Duo Kelvin Etuhu and goalkeeper Wojciech Szczesney both on a free transfer. Etuhu who has been on Manchester Citys books for 7 years has had limited playing time in his time at City and therefore was released this summer.And Goalkeeper Szczesney has a unlucky time battling for number 1 spot at Arsenal but never was proven.​
S

Walsall Midfielder Quinton Fortune has left the club on a free transfer today after Manager Dennis Bergkamp told him he wouldn't be good enough for the Championship. The 34 year old who joined Walsall last season and was captain for 4 months before being stricken with injury told Sky Sports ' I was upset the way the manager handled it but i had a good few months at Walsall and it was a good experience​

Burnley 1 - 2 Walsall​
Griffiths(62) - Madine(16)Pires(19)​
Brilliant start to the campaign for Walsall after facing tough Burnley at Turf Moor. Walsall started the games in flying colours when striker Gary Madine scored 16 Minutes in , and then 4 minutes later Robert Pires scored a stunning strike to put the saddler's into a 2 goal lead at half time. But the 2nd half Walsall's form dipped after Burnley striker Leigh Griffiths scored in the 62nd minute. But his goal wernt enough for Burnley as Walsall took the 3 points.​
Last edited: Jan 29, 2011
S

Owen stuns football world ​
View attachment 129588​
Today it was confirmed that Michael Owen join Championship team Walsall on a free transfer. The 31 year old who's contract at Manchester United this month expired has been on the free agent list for 2 months. Owen's arrival at Walsall has sparked excitement into the city and the fans.​
S

View attachment 129589​
Brouwer moves on​
As Michael Owen joins the club Young Striker Jordy Brouwer has moved to Italian team Napoli for 3.5 Million pounds the injury prone striker handed his transfer request in earlier in the summer and has finally finalised his move to italy. Also Steven Caldwell has joined Walsall on a 2 year deal.​ 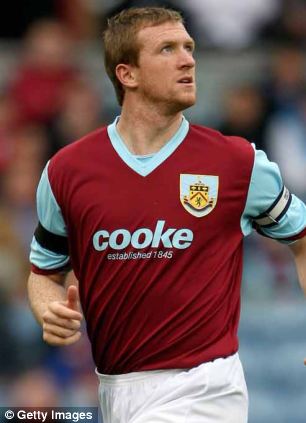 Walsall 3 - 1 Oxford​
Etuhu (42) Owen(75,90) - Constable(53)​
It was Owen Mania at the bescot stadium tonight as nearly 3430 showed up to see new signing Michael Owen in action against Oxford. But it was newly recruited Kelvin Etuhu who put walsall in the lead after 42 minutes. Second half Oxford equalised thanks to a James Constable shot that beat Ikeme hands down. But it was the man of the Moment Michael Owen who got Walsall 3 points after some amazing shots that left the Oxford keeper stunned.​ 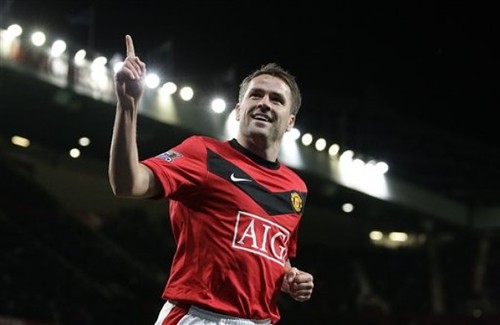 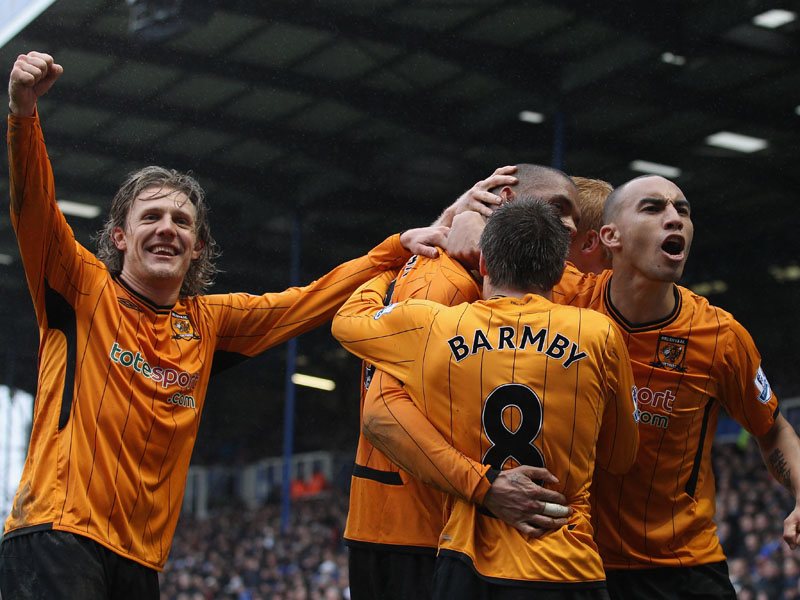 how did you get such a high transfer/wage? but great story soo far!
S

Yeah he did, if you read the first part of the story, see link at top he did - the plot of the story was that walsall was invested in and Bergkamp installed as manager!

Its one of the best stories on here though.

That's cool - i'm going to do an actual story without adjusting anything.

Up the Saddlers!!
S