Who is going down to the football league?

Going with QPR, Wolves, Wigan. I get the feeling that Blackburn and Bolton will somehow beat the drop.
R

I'm not very good at predictions so with a bit of luck all 3 of them will survive now.

I want Wigan to stay up because watching how bad they are is amusing but there really isn't much chance of that.
Last edited: Mar 11, 2012
D

I think Bolton and Wolves manage to avoid the drop.
B

It'd be a massive failure if QPR fail to save themselves(its not like I will be unhappy or anything though). With the players theyve got. I've always thought that Hughes is not a man for hard tasks.
D

BlueHeart26 said:
It'd be a massive failure if QPR fail to save themselves(its not like I will be unhappy or anything though). With the players theyve got. I've always thought that Hughes is not a man for hard tasks.
Click to expand...

Agreed. I want them to go down, I don't like Hughes, but I like a fair few players at the club. I would rather see QPR rather than Bolton or Blackburn go down, both clubs of which I have a secret soft spot.
C

I think QPR should stay up due to the players they bought in January.

QPR, Bolton, Blackburn. They've all been really bad for one reason or another. Bolton have a lot of injuries, otherwise they'd stay up
M

Wigan are doomed, other than that not sure, but I'll go with Wolves and Bolton (I think Bolton are better than anyone on that list but seem to have got themselves into a slump and don't know how to get out of it). Yakubu will save Blackburn... Not that a good portion of their supporters deserve to stay up
C

Not as many teams in the poll this year, Also 129 people thought Wigan would go and we were all wrong lol
L

Calum said:
Also 129 people thought Wigan would go and we were all wrong lol
Click to expand... 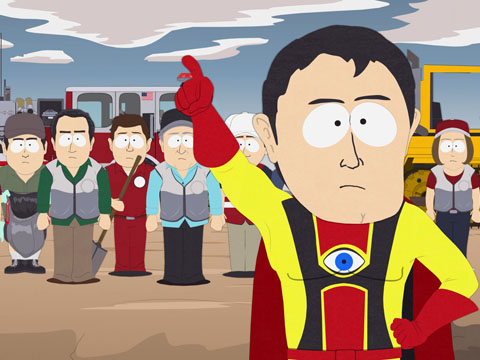 I want QPR to go down since my friend is in denial about how good they are ("we were just unlucky we didn't win" has been his catch phrase all season). Think Wigan and Wolves will be the others to go down. However this weekend will be significant and will be interesting to see if opinions change
T

Yeah, I really don't believe, that Mark Hughes is staying at the club, if QPR should get into that relegation zone. With the players and ambitions they have, it would be unacceptable to be there. So I don't think they will go down. I think, Bolton, Blackburn and Wigan will go down. They just don't seem to have what it takes to stay up this season. I don't think that Blackburn fans deserve to stay up because of their campaigns against Steve Kean. They should at least support their club in stead of doing campaigns against. Although he should not go down with a squad like that. But that's just my opinion
F

It would be a shame to see Wigan go down. Sadly, I don't think they will avoid it and Wolves and QPR will both follow them. At least Mark "Ambition" Hughes will get a shot at actually winning something. Would love Blackburn and Bolton to stay up because if either of them went down I think it would jinx it for us too and we'd go down next season all of a sudden.
P

I predicted that Wolverhampton Wanderers, Wigan Athletic and Queen's Park Rangers would go down at the end of the season. I don't believe Wolves or Wigan have enough quality in their squad to stay up, although they do both have spirit (and Wigan have a decent manager)! I would like the two to stay up, but I seriously doubt they will.

QPR, on the other hand, have the players and talent but I don't believe they will be consistent enough to beat the drop, especially with a new look team who are all settling in. They also lack a seriously brilliant goalscorer, who can poach goals when times are bad (Bobby Zamora and Djibril Cissé are not clinical strikers), whilst Blackburn Rovers and Bolton Wanderers do (in the form of Yakubu and Ivan Klasnić respectively).

I think Blackburn and Bolton also have solid defences, what QPR, Wolves and Wigan lack. Blackburn should be able to easily survive, with the talent they have, but Bolton will really have to scrap for it if they are to avoid the drop! However, Mark Hughes (nor the board) will be happy if QPR don't manage to stay up, as they have invested a lot of money into new players (it's almost a completely new team from last season!) and have high expectations!