Scouseinthehouse said:
The one he scuffed wide that rebounded to him the edge the box?

The two times he broke free Fabinho got back and completely shut him down.
Click to expand...

Yeah, I believe that's the one. I'd expect a forward of his quality to put that away but he botched it.
Reactions: Theatre of Dreams83 and Scouseinthehouse
S

Such a shame we got the injured version.
Reactions: Theatre of Dreams83
B

The prospect of Thiago F Alcântara making his full debut at Lincoln City tonight is really tickling me.
S

Thursday evening. So it must be ...... Matchday? On a Thursday? Strange times indeed. It's like the arl days of being in the UEFA Cup/ Europa League haha.

Lincoln City in the League Cup.

Mentioned it when the draw was made/ when they defeated Bradford, but I'm absolutely gutted for the people of Lincoln as much as anyone that they are deprived of one of the greatest nights in their club's history tonight. Having the most successful club in English football history, and the current English and World Champions, at your gaff ..... Man they must all be totally devoed to miss out on that. As great an occasion as it still will be for the football club.

Really looking forward to this one. Much to the consternation of every other club, I'm sure, L'pool are now primed to have a real run at the domestic cups alongside the League and CL. It's been a process of diligent squad building and development the last few years and now we have a group as strong as anything out there.

As noted above, it's amusing me that there's a serious chance Thiago could well make his full debut tonight. But then with the ridiculous strength in depth that midfield, nay, the squad as a whole, whether Thiago plays or not it's liable to be a three that would grace ANY team in the league's starting midfield this season.

You'd imagine Milner will be the experienced older head captaining the domestic cup games this year. Then take our pick from Fabinho/ Keita/ Wijnaldum/ Henderson/ Oxo-Chambo/ Taki/ Curtis Jones ..... Basically whoever doesn't play the preceding league game in the main. You then add in the likes of Jota and Origi, Taki if you wanted to play him further forward, to give stellar experience to the likes of Harvey Elliott upfront. Two International FB's in Nick the Greek and Neco. Under normal circumstances, one of JMG or Matip helping whichever young lad plays the middle at the back. (Presume Fabinho will add experience to whichever youngster gets the nod tonight the middle of the back-line.). And as experienced and solid a back-up veteran goalie as there is in Adrian. Oh, and let's not forget big Shaq or Brewster too if they don't end up leaving this window. Before you even get to the big names not mentioned who will play a part at various stages the deeper runs (hopefully) go in the domestic cups.

RIDICULOUS depth which, added to the whole football club being on a completely different level now with the belief, off the back of being Champions of EVERYTHING! that they can win any game with ANY make-up of the squad on the pitch. And you get a City vibe that these believe they can win the absolute F lot!

With absolutely no disrespect to both Lincoln City and Arsenal intended (Sidenote- Mad how when anyone says that there's always a 'but' that brings the utmost disrespect haha), but I'm already looking at the quarter-finals as tonight should be just a question of what the final score-line will be? And Arsenal at Anfield scares absolutely NOBODY!

But yeah, Thiago making his full debut like would be the cherry on a sumptuous Red cake.

Brewster left out of squad by reports. Seems a move is happening or in talks.
S

Bujakaa92 said:
Brewster left out of squad by reports. Seems a move is happening or in talks.
Click to expand...

And there may well be another addition upfront to nark our Utd friends even more before the window shuts.
S

Presume Milner's held back with Hendo still a big doubt for Arsenal on Monday. Made up for Rhys Williams. Time to put that great loan last year into action mate and see just how much it toughened yers up. And what a F man to be talking you through the game at your side. Grujic in the shop window to hopefully (crosses everything) tempt Berlin to finally up their bid.

First step on the road to Wembley boys. It's been TOO long!

Straight into these Redmen!
S

Are we just having a personal competition to see who can score the best belter goal of the night?
Reactions: dilakh2 and iamauser
S

7 Reds goals. 4 or 5 belters. Solid debut for Rhys. Jota's first minutes under his belt. No injuries. And a couple of deserved Lincoln goals for their efforts as we naturally slackened off and got a little sloppy 5 up. Even Origi had a sound game. First one down on what will hopefully lead all the way to Wembley next Spring.

Poor Arteta. Just as he's got something going, 2 Anfield walloping's in the space of a week now await him.

If there's one 'positive' to take for Arsenal fans, at least they don't have to make two long trips home through the night from Anfield next week after receiving their annual wallopings twice over there.

So there is that at least for them to console themselves with.
S 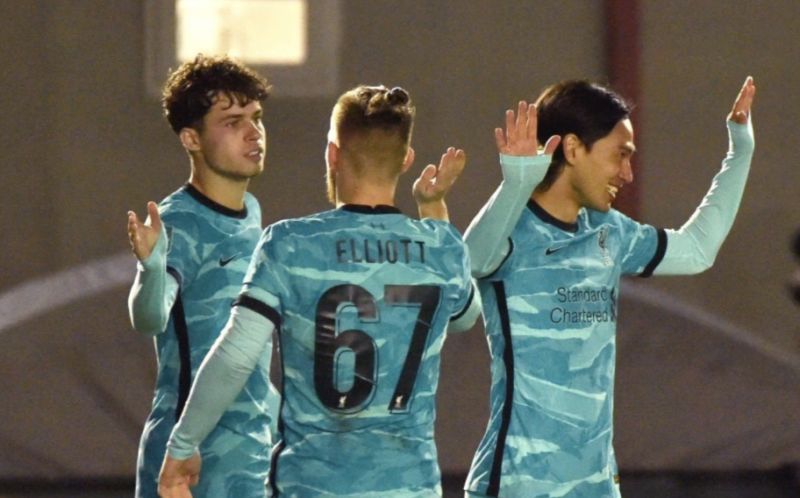 Did Neco Williams even play poorly last night?! It’s hard to tell when your team wins 7-2, for goodness sake. But the young Welshman has blacked out his social media, with the wide assumption…

WTF is wrong with people? Seriously.

Can ANY absolute low life, sewer-dwelling ____house, whether they 'claim' to be a L'pool fan or not, who have forced Neco to pull his twitter feed please F the **** off back to their own club/ get the F out of ours!

A 19-year-old F kid for Christ sakes whos still learning and developing. Like Trent. And who just played his part in the football clubs biggest ever away victories. And didn't play that bad either which makes it even more disgusting.

Absolutely despicable behaviour that shames every last decent one of us and you'll NEVER get what it is to be a Liverpudlian.
Last edited: Sep 25, 2020
S

look at everton being the top side in mersyside lol
S

kitchin75 said:
look at everton being the top side in mersyside lol
Click to expand...

keys to the city next
Reactions: Scouseinthehouse
T

Everton to do a Leicester