The former England captain and Newcastle’s all-time record goalscorer had turned down several approaches to take a coaching role with the team he represented for 10 years, but he has agreed to become manager in place of Alan Pardrew.
The club will make an annoucement on Shearer's appointment later today. According to Sky Sports, Iain Dowie will be joining his coaching staff. Pardrew resigned after owner Mike Ashley agreed to sell Andy Carroll to Liverpool for £35,000,000. Shearer has returned to Newcastle for his second stint as a manager after he managed Newcastle in 2009 but couldn't keep them in the Premier League but this time he says he will.

' I am going to make Newcastle big again. I failed to keep them up in 2009 but now they have a better squad and i cant wait to start working with them, i think we will miss Carroll as he is a very good and young footballer but he did whats best for him as he wants to be playing European football. Me and Ian will be talking about possible signings in the next few days and i hope we can bring in some talent so we can push on and make ourselves an established Premier League club. I will also miss Match of the Day very much indeed and i hope maybe one day i can do some more shows with Alan and Gary

I was thrilled at our second half performance, we fought and fought until we got the goal and i am delighted for Bobby scoring on his debut. Arsenal are a very good team and are one of the best in the world and it didn't help them having two red cards, Arsene wasn't happy with the ref but this will give our team the confidence we need going into our next game.


The scoreline flattered Bolton in this game, we was all over them. We had 15 shots, 9 of them on target, Monzon hit the bar and Bolton were no real threat to us at all. Hatem Ben Arfa got his first goal for the club after cutting in off the right wing and curling one in he far corner of the net.

Although this was only the second round of the League Cup i was showing no mercy, the squad needed to gel and thats what they did today, credit to Port Vale though as they did pull it back to 2-2 after a magnificent strike from Richards but we had the better mental and physical strength to win the game comfortably. 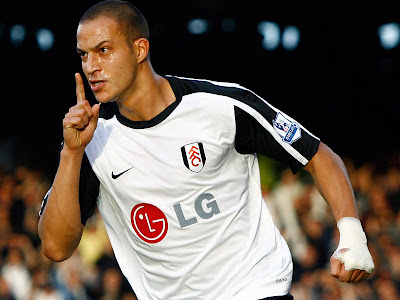 How much money do you have?!
S

Ride The Walrus said:
How much money do you have?!
Click to expand...

Im guessing he gave Newcie the £35million they "are" going to get next summer.
I

Ride The Walrus said:
How much money do you have?!
Click to expand...

£35m but i upped it on board request, i am using LFC Marshalls update.

Should be 1-2 updates today
K

Looking forward to them mate
A

Some good signings there but Robinson looked expensive Krul is a steady performer so maybe the money could have been used elsewhere!
I

Blackpool's Charlie Adam has today rejected a move to Aston Villa to join newly promoted Newcastle United. Adam has had speculation all around him this window with Newcastle, Liverpool and Aston Villa all putting bids in for the player. Adam decided to choose Newcastle because of the promise they have to break into Europe in the next few years, Adam joined Newcastle for a fee around £5,750,000. Newcastle United had been interested in Manchester City's winger Shaun Wright - Phillips but at 5pm on deadline day they had the bid rejected for £10,000,000.

This is what Adam had to say;

I am delighted to be at this magnificent club. They have a great squad a great manager and a great stadium, but most of all they have one of the best fan base in the Premier League. I left Blackpool with a heavy heart as i wouldn't be here if it wasn't for them, i loved my time there winning promotion but now my head is with Newcastle trying to push on for the Europa League, they are 2nd in the league and thats amazing to say they have only just come up but its early days yet

Good Signing, im sure you can finish high up the table with this team!
P

I was going to sign Charlie Adam too... XD Don't mind if I still do, do you? Brilliant story so far mate by the way.
I

peskybendben said:
I was going to sign Charlie Adam too... XD Don't mind if I still do, do you? Brilliant story so far mate by the way.
Click to expand...

Thanks, and buy who you want


I was very pleased with the performance on a whole and the squad are finally working well together. Bobby was happy at scoring against his former club and so was i, Qahtani caused some problems but we could cope with him in the second half. Ben Arfa added to his tally once more and he is on fire, we are still going strong at 2nd place and maybe we could get into Europe. 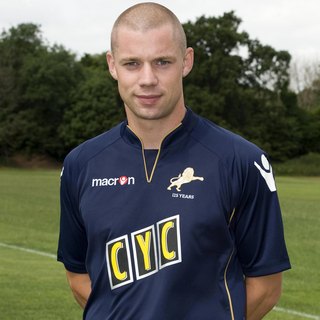 I am disappointed with the lads after this result, i tweaked the tactics a little and i know that is my fault but i also made changes to the squad and they just didn't click at all, Zamora carried on his fine goalscoring form but all credit to Millwall they wanted it more than us and they got the result. 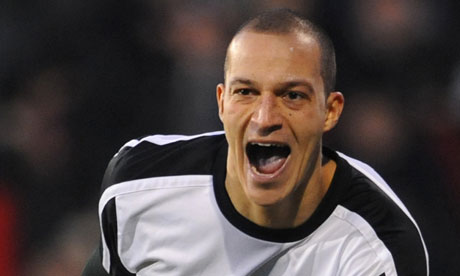 I was adamant we picked up our form from early on in the season as we need to be winning these sort of games by a bigger margin, neither team turned up today and we was lucky to get the three points, however we was sat at the top of the league over the moon. I let the lads have a day off tomorrow and i made it clear that they shall not go drinking out in public as it would make our team look bad and also our next game was against our rivals Sunderland. 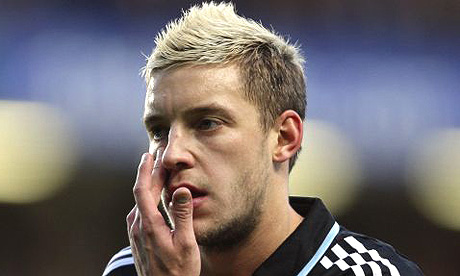 Today Newcastle United manager Alan Shearer has transfer listed Alan Smith and Shola Amoebi with immediate effect after the two were spotted out in various nightclubs getting drink when they were under strict instructions not to do so. Smith and Ameobi haven't featured in Shearer's plans so far this year and have been reportedly unhappy at the club. Just days after Shearer took over at St.James's park he told the whole squad if anything like this happened they would be on there way out of the club and Shearer has stuck to his promise. Shearer had this to say;

Well... I am truly shocked at there behavior. They have shown disrespect to me and Newcastle as a club. They have set a bad example for the younger generation who look up to them and thats why i can not have them at this club any longer. I will be letting them leave in January even if they reject all offers then they will be without a club because i will release them for free, i despise this behavior and let this be a warning to any other players in my squad. 
I was delighted with the lads today we showed real commitment and passion to beat off our bitter rivals. Not one player stopped running as they understood how much this meant to the fans and our club. But credit to Bruce's men as they did put up a real battle but just didn't have that little extra to win and thats why i believe we won the game. There was a few scraps but i expected that and i am pleased there was no sendings off or injuries and it was a great game for everyone.

Zamora seems to be doing well for you.
C

Nice story so far, man, keep it up.
I

A great result. We dominated all the game and they only looked dangerous when Hugo was on the ball. Araujo was delighted at scoring a brace and so was i, he is a very good player for his age adn he finally seems to be developing to the Prem. Charlie got his first goal from the spot with a trade mark pen whic even i would of been proud of.

It was a dramatic match for us, in truth we were dominated and in all honesty deserved it, but we got through and i was pleased the lads, they showed the correct temperament and showed loyal commitment to the game. Now we were gelling as a squad and were getting the results together. I was hoping we could of won by a few more but i am not that fussed, at least we won, that is the main thing. 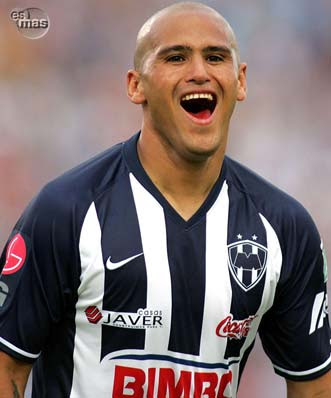 I wasn't too fussed about this game, 'Pool had amazing talent in there squad with Suarez and Gerrard and dare i say ? Yes. Andy Carroll, you could see the hunger in his face to get a goal, but our defence were not going to let that happen. Suazo had been on the bemch after he failed to impress but an Araujo injury forced him to start and my word he showed me why he should be in the first 11, a brace after only 18 minutes and we were flying. Until Gerrard came on, he changed the game completely, pin-point passing and amazing finishing ability killed us off.