Hello Everyone! I've had many messages asking when will I return. But the truth is I have never left. I've just been on twitch helping and watching out some of my favorite streamers. So have been developing and testing stuff and seeing what works and what doesn't. We have had a lot of fun over there doing stuff and i'm sure some videos will be released in the future. Also I feel ...we see a lot of the same shapes etc banded about so I like to produce something a bit different for the community. But as its the season to be giving. It's time to share with you lot. So lets get into it.

Before Beta ended this tactic was so good and was due to release before the wheels fell off a bit and it was a straight up 5-2-3 called The Spanner. Some of you may have seen it at the end of FM20 when again it was phenomenal. it's not been as effective since full release. It is working great . But personally I think it's not as consistent as it was. It no longer wins 7- 0 every game ...at times it was a bit silly but I think that was the beta phase to entice us in. However I have to stop looking for perfection getting it back to that as it just won't happen. So i figure, Lets Get it tested by the guys here and then see if I can tweak it from there to make it better with the help of you amazing people. That's not to say it does not work now... It does!! So let's get into it.

For anyone who loves a tactic, Cruyff's 3-4-3 diamond is the daddy of all tactics. It's very hard to replicate on FM as without traditional wingbacks as Cruyff put his wingbacks essentially as wingers, which I feel you can replicate in FM but do it a bit differently to create the diamond shape. So this is it with a little twist.

Pep has done something similar recently at City and tried it at Bayern with great success. Cruyffs diamond would essentially create triangles to be able to work the ball better out the back as you would always have a spare man. His use of Koeman as a Libero is legendary for this very reason. So this uses that same role as a base ... But with....
3 strikers!! Remember them?! In the beta this was unstoppable. We had Adama Traore winning the golden boot in Europe. It was that mad.

With 3 strikers you will always outnumber the CB's of the opposition. Which can link up and be devastating as you exploit the opposition defenders with the overload. With the Libero coming out of defence creating the extra man in midfield as well you at times seem to have an extra player on the pitch. Which is what Cruyff vision was when using it. 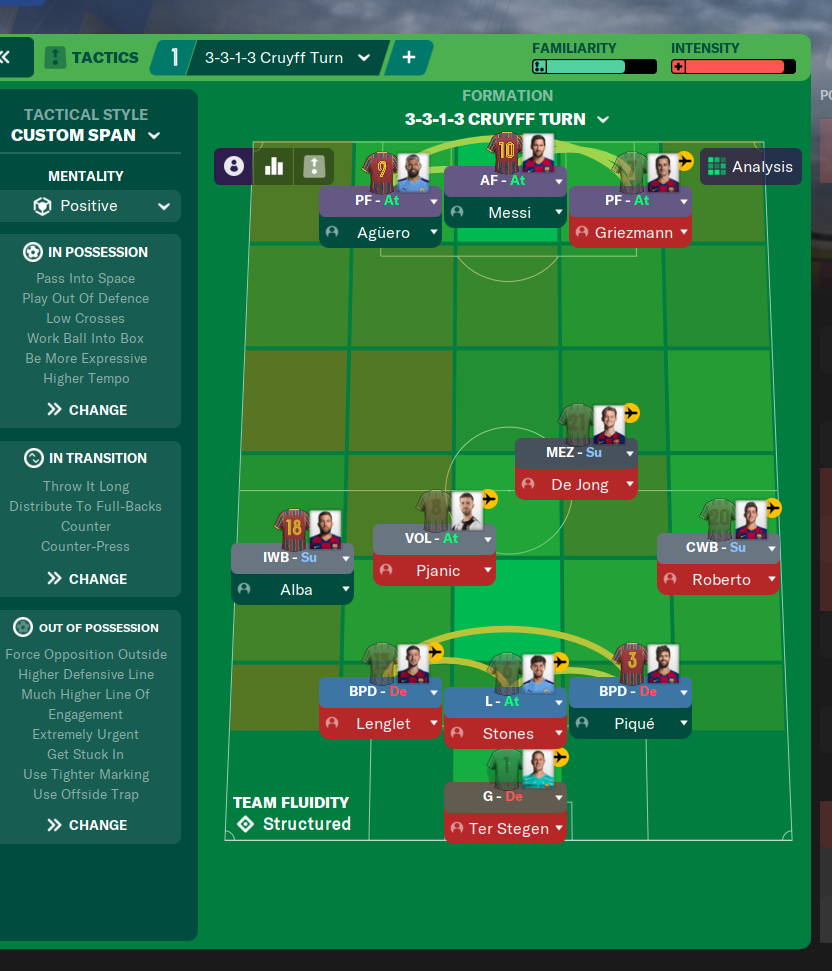 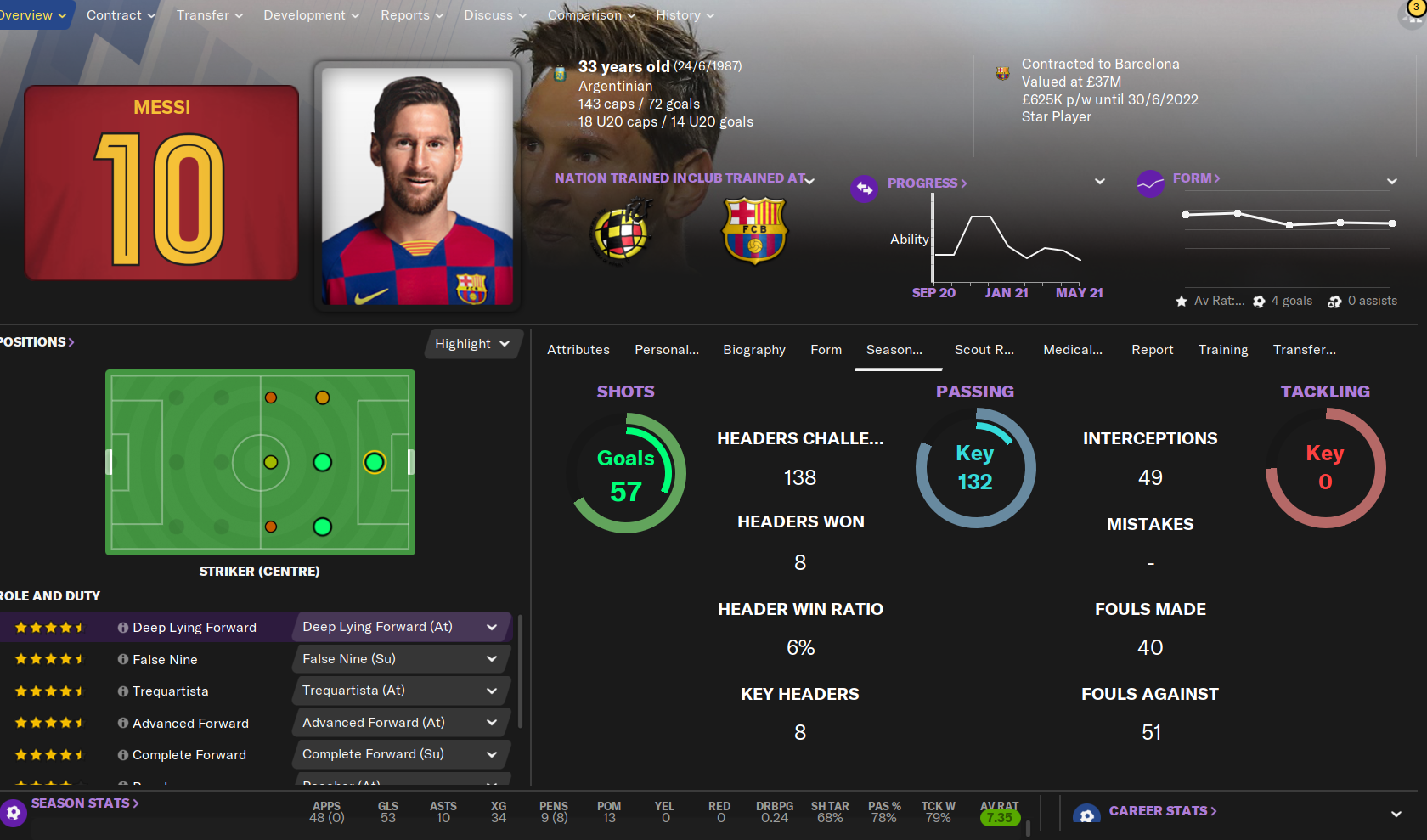 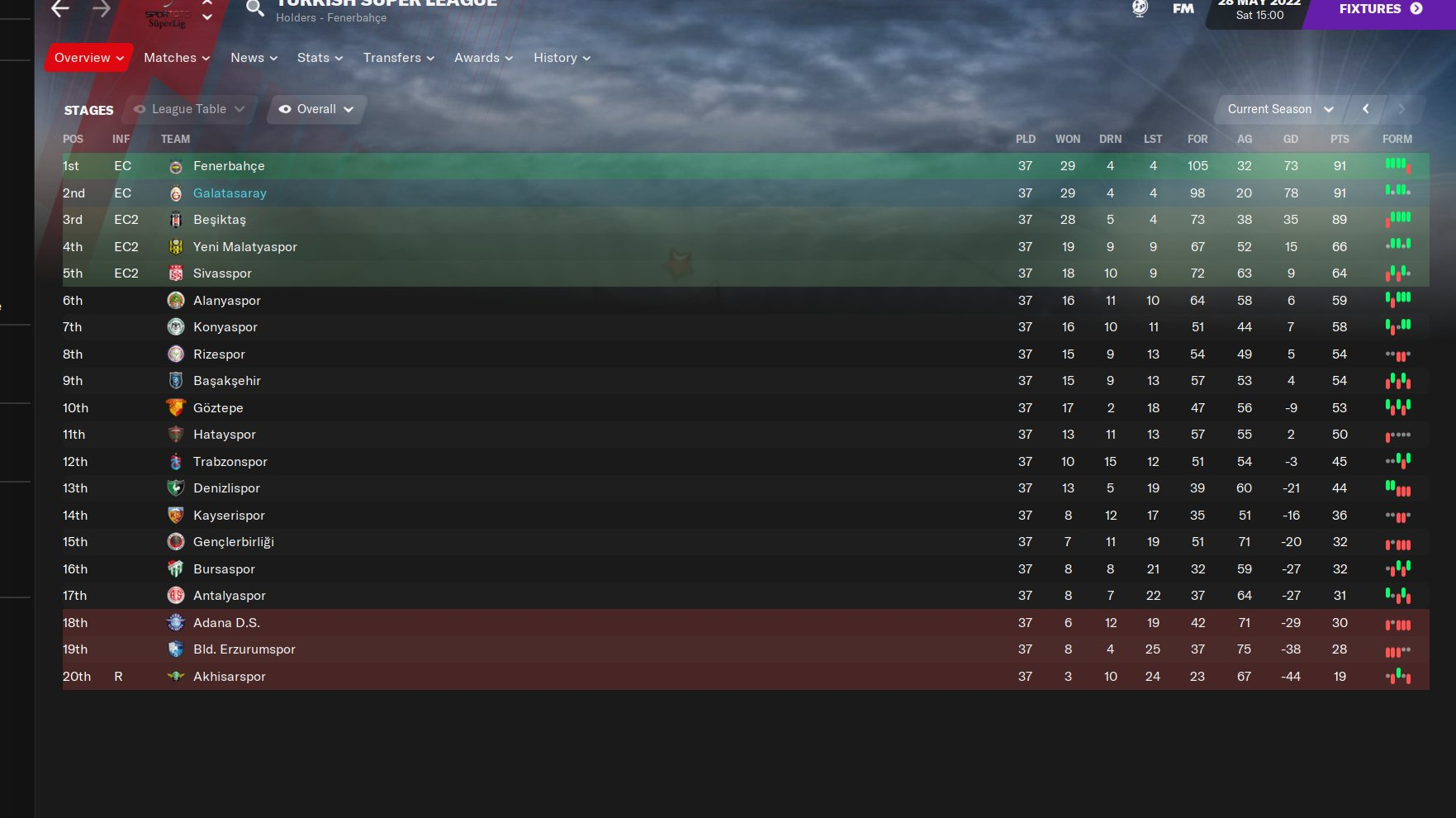 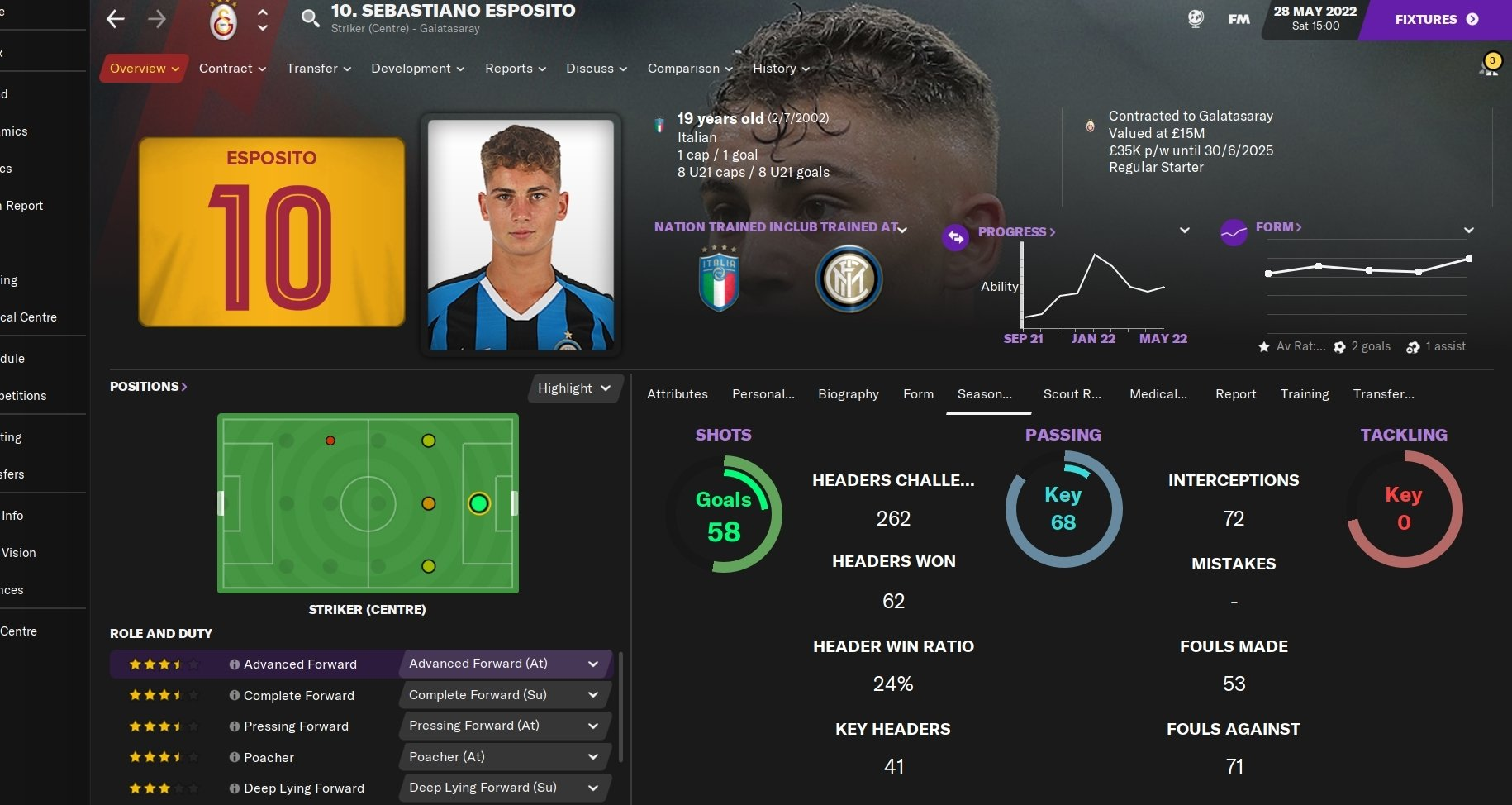 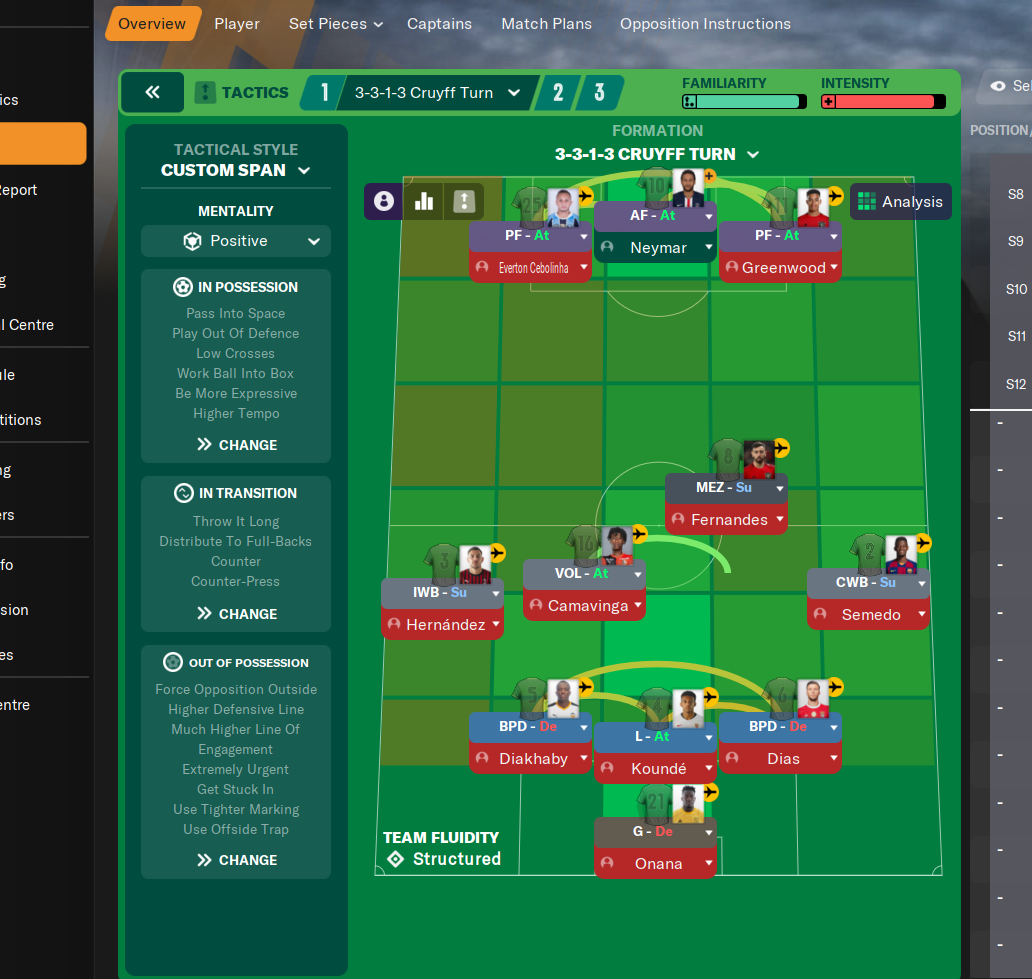 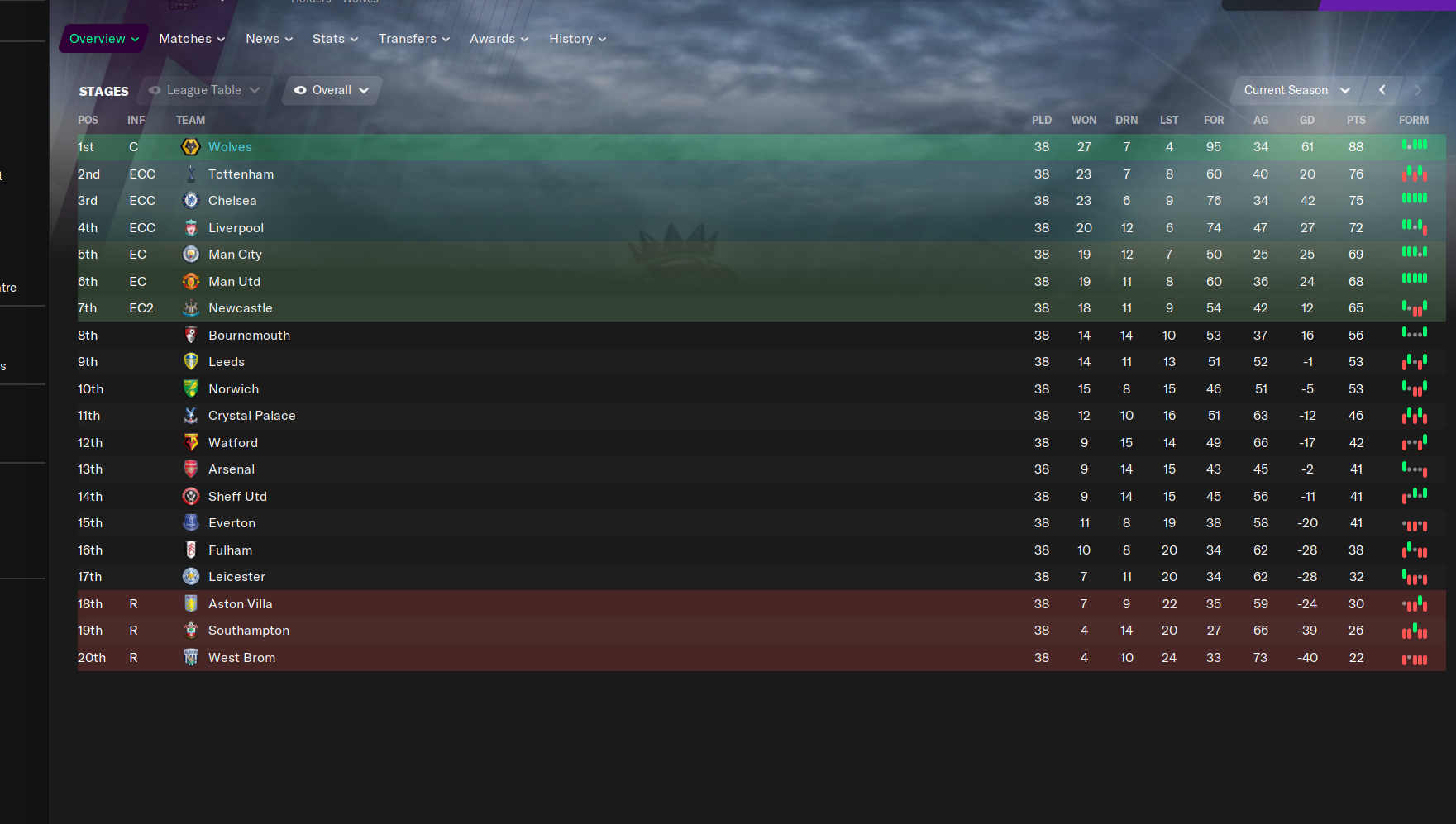 As you can see Messi and Esposito both scored 50+ goals as the AF which is nuts.

Buy fast strikers and fast defenders. The right striker you want to be the pace, the out let as they will start a lot of the counter attacks from defending set pieces/ The AF is on the end of a lot of the attacking set plays as well. As are the wide centre backs. So if you can get height and good jumping reach with those positions you will do better especially the defenders. piece takers use the LWB to take on the right if possible and a CM to take the left as they work better with in-swingers.

If you get a bit squeeky *** and want to protect the lead do what White Europe has done here. Drop the AF to either a DLP/BWM support leaving the 2 PFs up top. Also if you go down to 10 players again lose the AF leaving 2 at top. 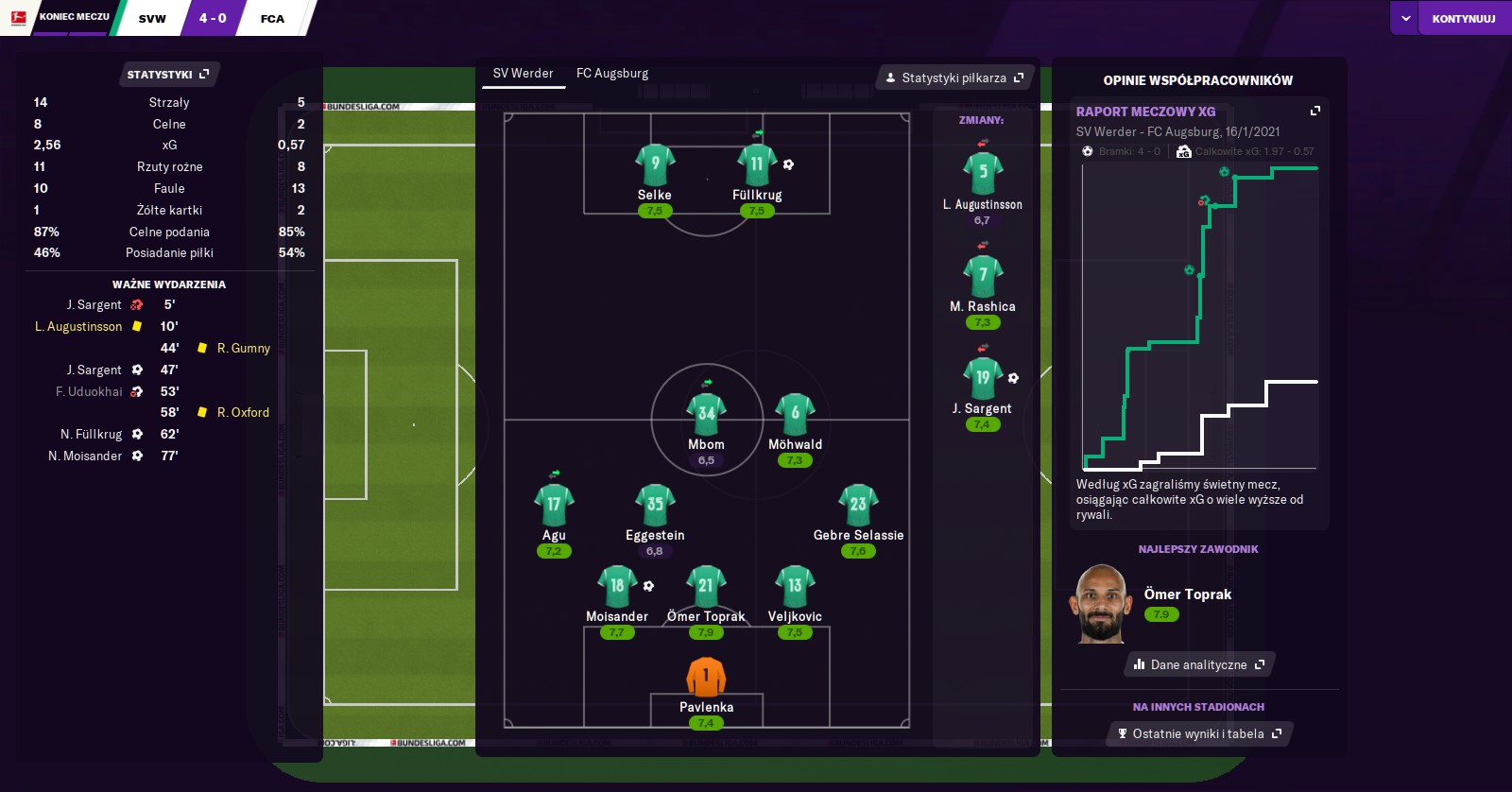 I leave to my assistant. But in all honesty with training especially you can probs find guides to do this better. If you are lazy like me. When it gets to the business end of the season. The players get tired. Have a deep squad and also highlight the first team after a game and rest them for 1/2 days after the match. This keeps them fresh. You can also always switch to the https://fm-base.co.uk/resources/4-4-2-amrtricky.1590/ which will confuse the AI. Why I like having 2 tactics. And can also have the abpve screenshot as a 3rd tactic so you can lockdown games as well.

Big shout out to my fellow Wolf Dave Azzopardi https://t.co/jCLT3UHE8T?amp=1

Dave has been great help coming up with ideas and using the tactics in his saves. Even going back to FM20. It's as much his tactic as mine in developing this and the 442. And if you want to see them in action come by twitch and hang out when he is live. He is currently using the 442 AMR Tricky and this one. And just won the champions league!