Download
Overview History Discussion
First things first. I love this tactic. This is inspired by The Fiend from last year. Which could be coming to a thread near you very soon.

I use this with my https://fm-base.co.uk/resources/3-3-1-3-cruyff-turn.1588/ What I was hoping to show in that, Is that you can have 2 viable options of tactics to use in different scenarios with the same squad. As again when developing this it was due to the 5-2-3 (which later became the 3-3-1-3) had lost its consistency. So we developed this to give us another option. So the idea is you can go to the tactics at different times. This shape. I feel is more consistent of the two and will offer more goals through the team. The 3-3-1-3 is sometimes not as effective when you are a favorite, where is this tactic is great against anyone in my eyes. But that's why They are both being posted together. As they need the testing squad here at FM base to run them through there paces to find out. As to be honest I could be wrong. If you asked me now which one I prefer it's this one....But I just want to know which one is better! 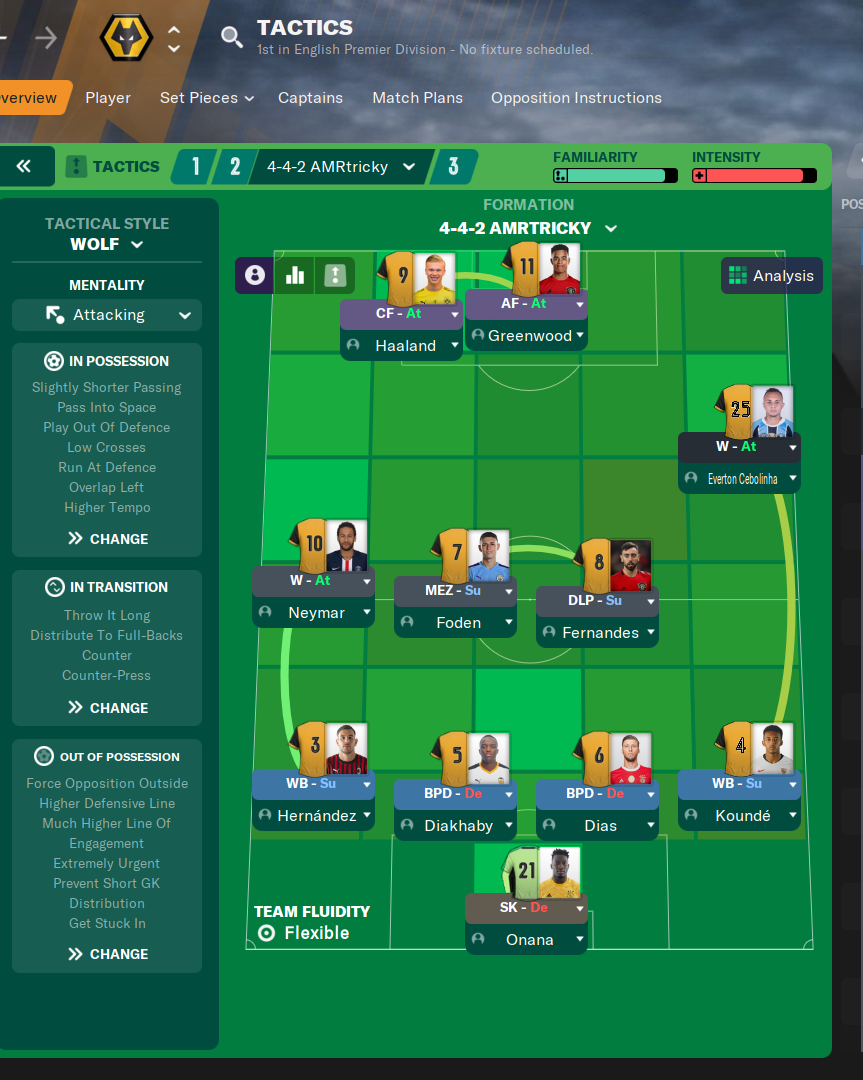 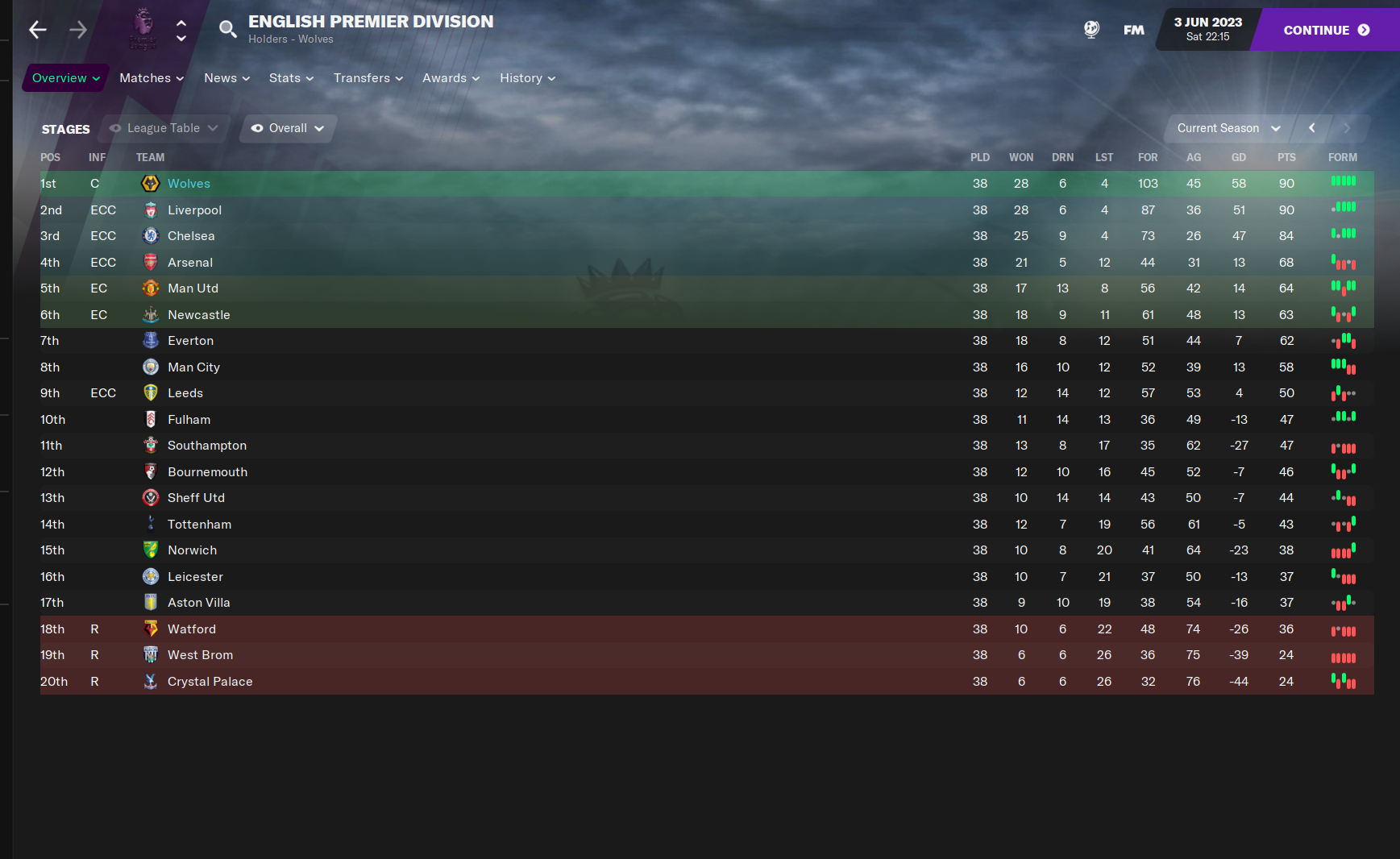 This is not set in stone if you don't have a good enough left back the DLP can take everything. I feel that is the best role to have as set piece taker and they are all set up accordingly.

Lower levels. If you do not have a CF. Swap if to PF attack and it still works have used with great success in my Hereford save.

Big tip as well if you get that feeling when the game is going against you and you want to effect a change go to the https://fm-base.co.uk/threads/3-3-1-3-cruyff-turn.165228/

I have been behind in games and switched to the 3-3-1-3 and turned them around. As all the set plays and instructions are similar its really effective change. And you are going 3 strikers which will confuse opponents etc so it works very well if is needed.

Big shout out to my fellow Wolf Dave Azzopardi https://t.co/jCLT3UHE8T?amp=1

Dave has been great help coming up with ideas and using the tactics in his saves. Even going back to FM20. It's as much his tactic as mine in developing this and the 442. And if you want to see them in action come by twitch and hang out when he is live. He is currently using the 442 AMR Tricky and this one. And just won the champions league!

Again. I won't ever pretend that any of this is the finished article. I spend too long looking for perfection and never release anything. So I just want you guys to see how it does for you. On a personal note, It's hard for me to interact a lot in the threads as my wife is due to give birth very soon. I'll try and chime in if possible, But mainly the tactics gone up today are so we can get them out there as I might not get the chance to release them soon! So if you want to tweak my tactics just credit me or whatever for the shape then tweak away. We had so many of you do that last year it was awesome, so if you got something you think works out of this by tweaking it a bit... just test it show it here and then post it in a new thread after. Good luck. And Merry Christmas!!