Download
Overview Updates (8) Reviews (5) History Discussion
What do this tactic and The Fiend have in common, They are both based on the work of a "Mr Rodgers"

But unlike Bray Wyatt reinvention, This is based on the tactical system implemented by Brendan Rodgers. Like many managers of his generation, Rodgers is a devotee of the Barcelona/Dutch school of football advanced by Rinus Michels and Johan Cruyff. Rogers want his teams to Press high and hard, placing emphasis on waves of attacking pressure. Rodgers wants to implement quick vertical passing into the final third, courageous overlapping full-backs, and clever movement between the lines to seize control of midfield. Also with the Striker on the shoulder of the defender you get him in more times than I have seen on any formation.

This is down The Asymmetric set up. And our friend the Segundo Volonte protects the defence 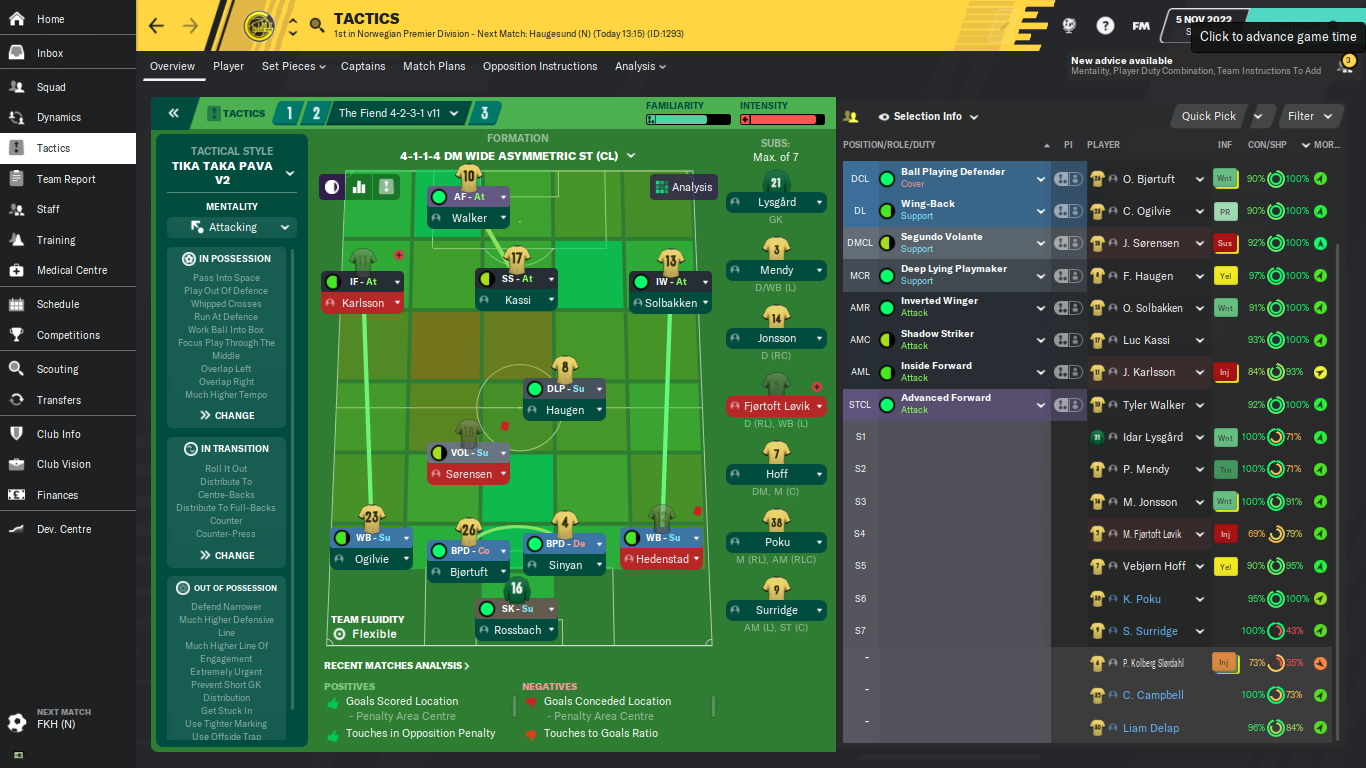 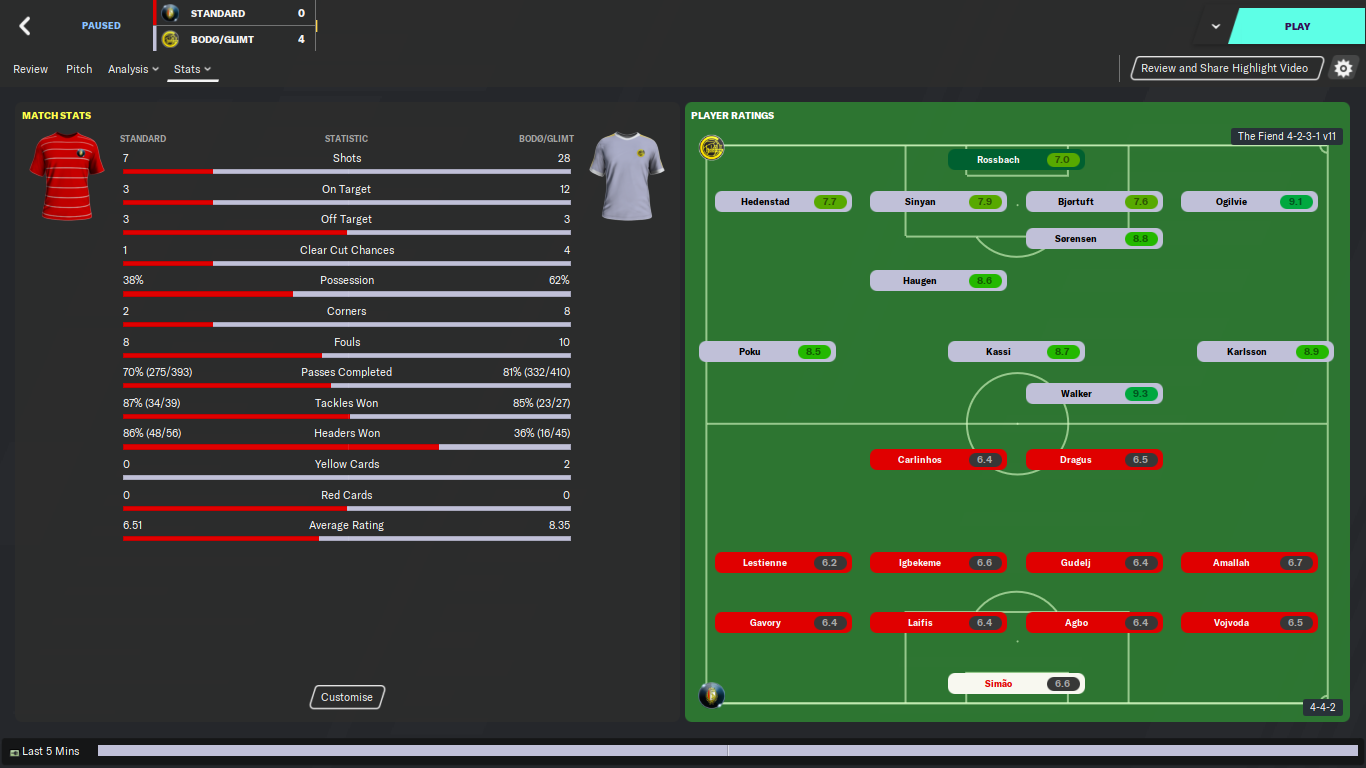 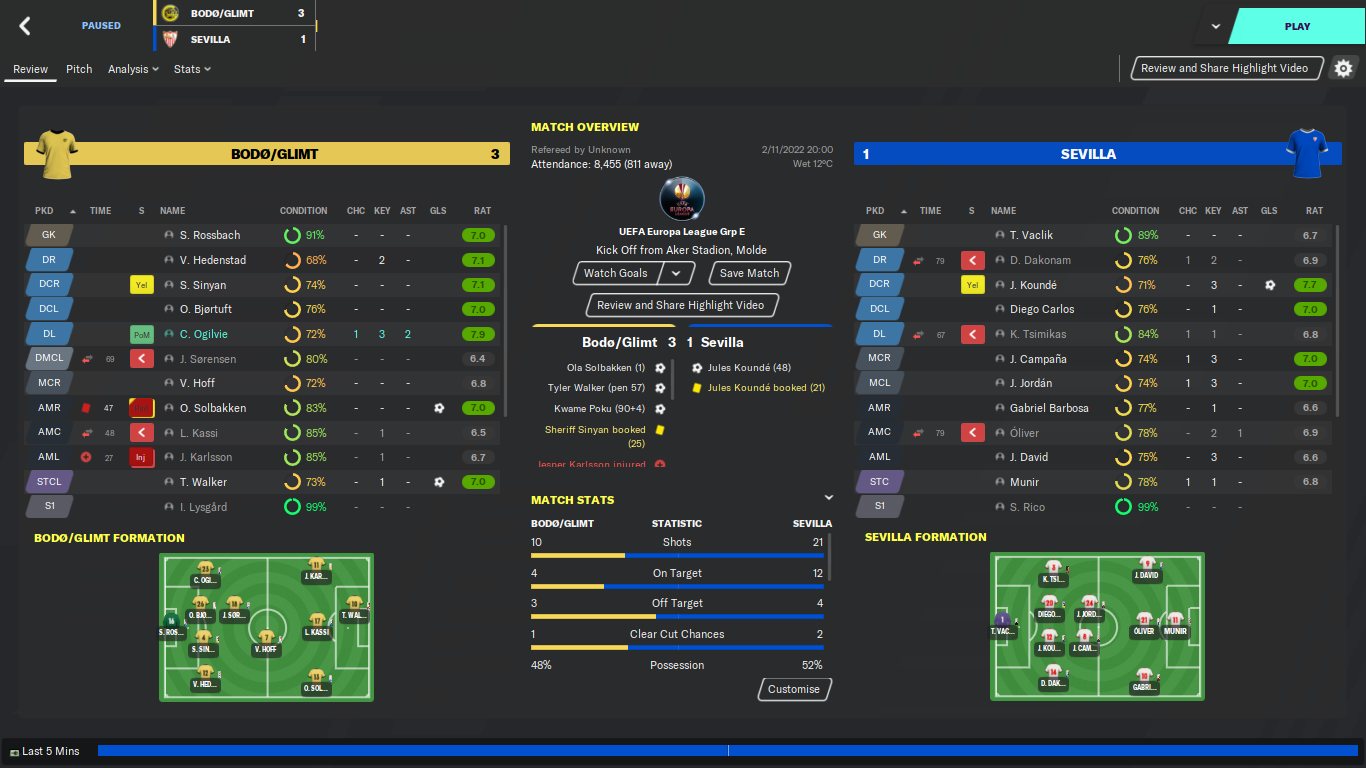 Made some defensive changes, CWB to WB Support for the left back, Changing roles has helped defensively and does not take anything away going forward
SS gets in more dangerous positions and helps press more in winning the ball back high

Have felt with The Fiend that it sometimes lacked defensively. Sometimes I might look for more in a tactic than I should. Especially if i see comments, in reality I need to ignore stuff and not rush out updates which I did with v10, Why I had deleted it as wanted to spend time in releasing the next version as I had maybe been tweaking stuff when it works already

I'm hoping we get no more patches as I want to leave this version as the last for a while!!

Touchline instructions must be done by yourself, Do not leave to assistant

Set plays are very important. If your not following the advice you could lose out on 25% of goals scored.

Buy players for the position. Scout them. Get the right players in the right role. If they cant play the role, sell them and get someone who can. There is no point in having square pegs in round holes. It's a game, you can find 2 players for each position, if not your letting yourself down.

Also get pace everywhere, Especially CB I only buy CB's who can play on Cover as if they can play Cover they can do the other duties anyway

I was only really exploring tactics from the tactic testing area of the site, but got curious about this. This has FAR more success for me than any of those tactics did. Very underrated, well made!
Working well in the Serie B with a team predicted to finish 19th. The team is scraped together with free agents and youth prospects, and the tactic still works really well.
v9 its super, now i'm trying the v10
Thx for the tactic and good luck
Perfect!
One of my favourite formations, by one of my favourite tactical authors. Plugged in for a home game against Man U (I was favourite to win, but United are still a decent team in my save). We smashed them 8-0. See discussion for the screenshot.
Read more…
Top