I have also tested the tactic by simulating the season with Sevilla another Europa league level team and Middlesbrough who were predicted to finish 16th, both teams finished higher than predicted 4th and 2nd respectively. The tactic has provided positive results so far and could well be adapted to suit other teams such as reducing the mentality from attacking.

The tactic is designed to create as many chances as possible, as there are no wingers in the formation the width comes from the wingbacks and outside CAMS who roam into space and the channels to spread the play and provide outlets. The aim is to play a high tempo, short passing game to create plenty of chances and ultimately goals. 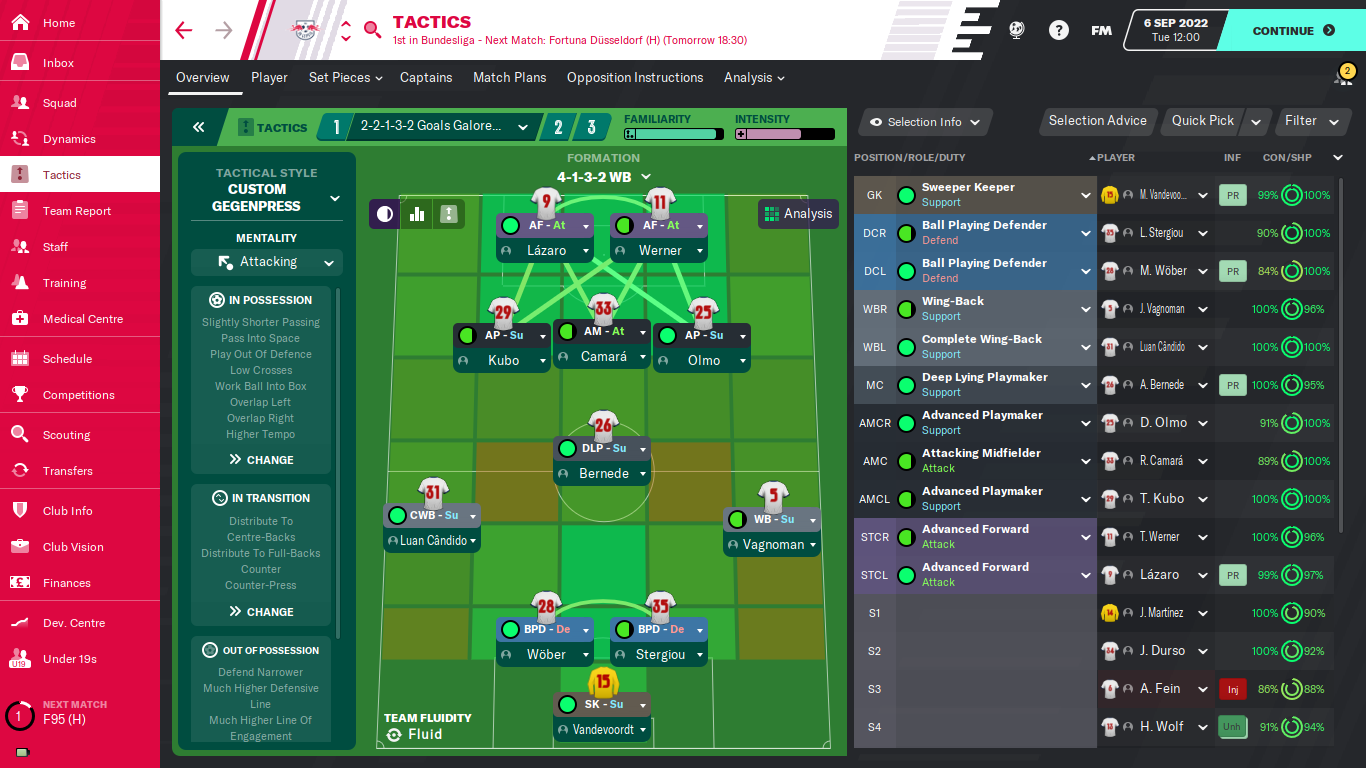 Attacking mentality is used as we want to play the game on the front foot, without being too gung-ho. Every time the team has the ball it is looking to move forward building quick attacks with a purpose, exploiting any gaps left by the opposition.

The high line and pressing focus on squeezing the opponent relentlessly into making a mistake and turning over the ball. This plays into the need to counter immediately passing the ball into space were gaps have emerged for our forwards.

The goalkeeper is a sweeper keeper set on support, the two centre backs are ball-playing defenders and are set to defend to hold the line. Ideally, the CB's should be pacey to play the high line to aid the high pressing game, they also should be able to distribute the ball to the playmaker so good passing stats are encouraged. The wingbacks are both set to support as they will push forward in attack to provide the width and tuck in narrow whilst defending.

The midfield consists of a deep-lying playmaker on support, he is the link between the defence and attack, he will be controlling the tempo and be the starting point of building attacks. The two outside CAMS are advanced playmakers on support with the aim of roaming into the channels and providing assists. The centre CAM is an attacking midfielder on attack, with the aim of scoring and providing assists, therefore, needs to have good finishing and passing etc.

Both strikers are advanced forwards if you have a versatile striker that can drop into the CAM role they can be instructed to swap positions with the central CAM.

No Opposition Instructions are used.

Player Instructions are as followed;

Wingbacks - Get further forward, Stay wider and Sit narrower without the ball.

Outside CAM'S - Roam from position, Move into channels and take more risks when passing. 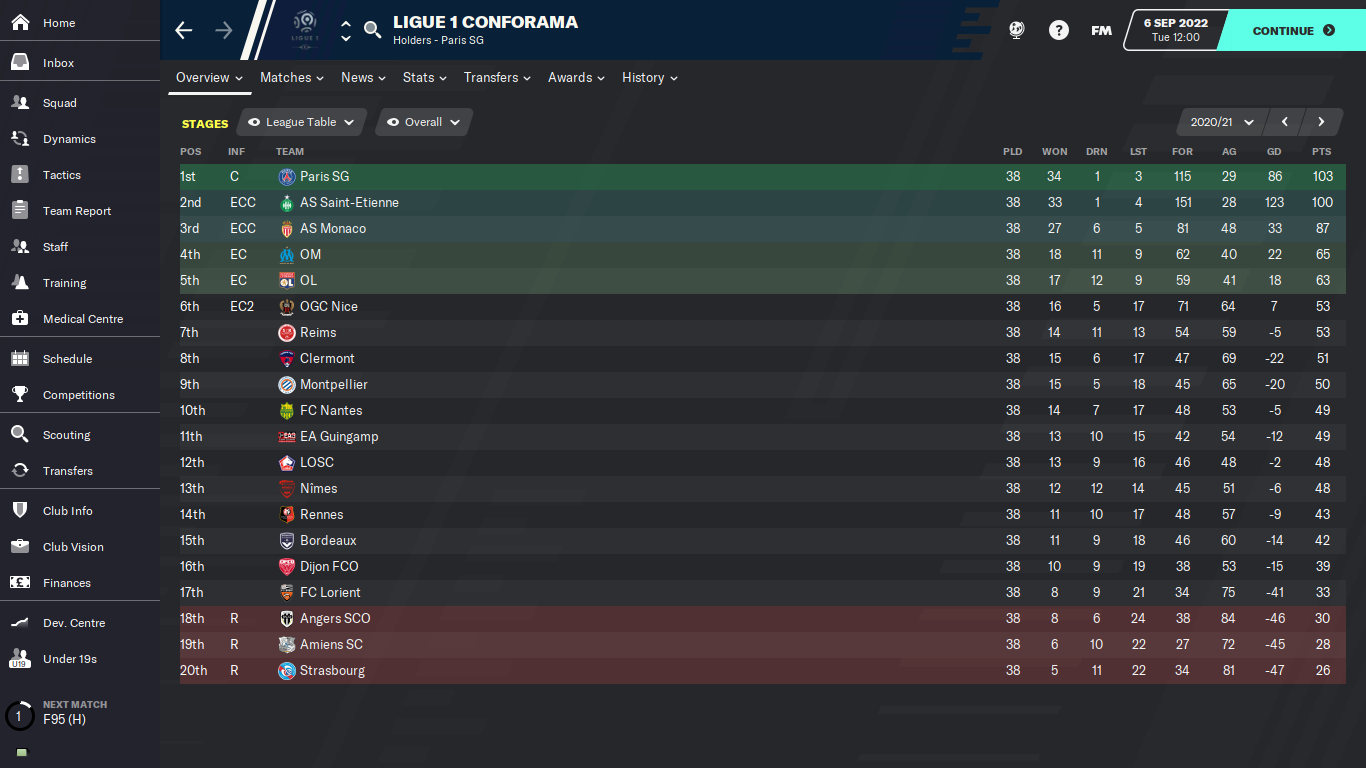 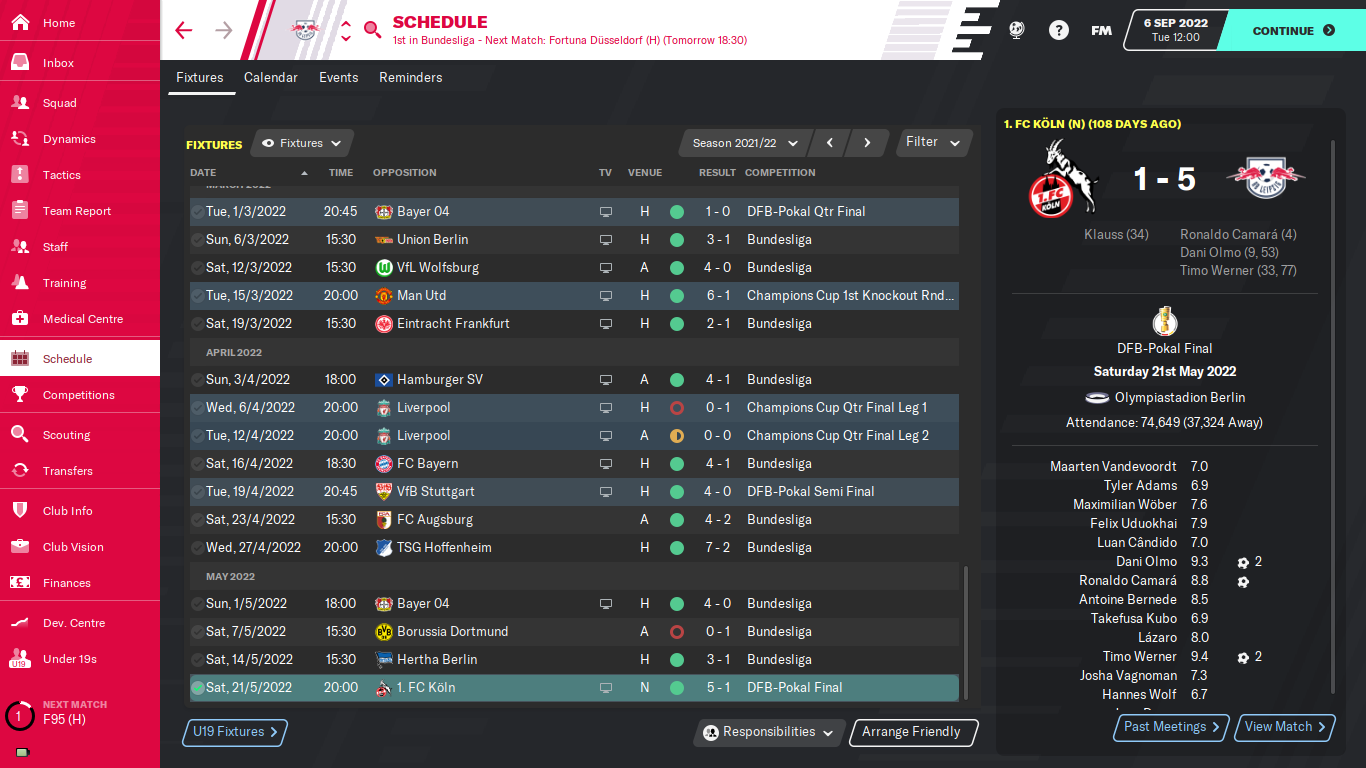 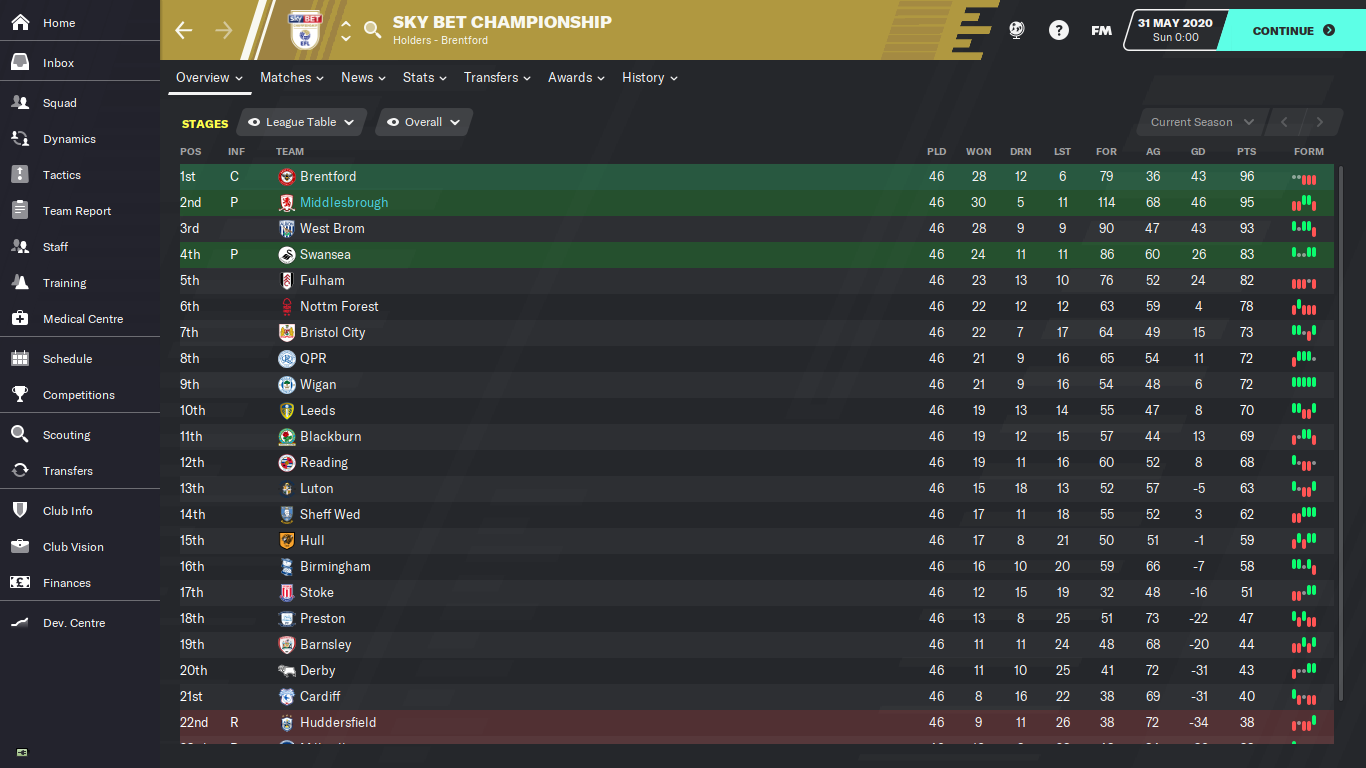 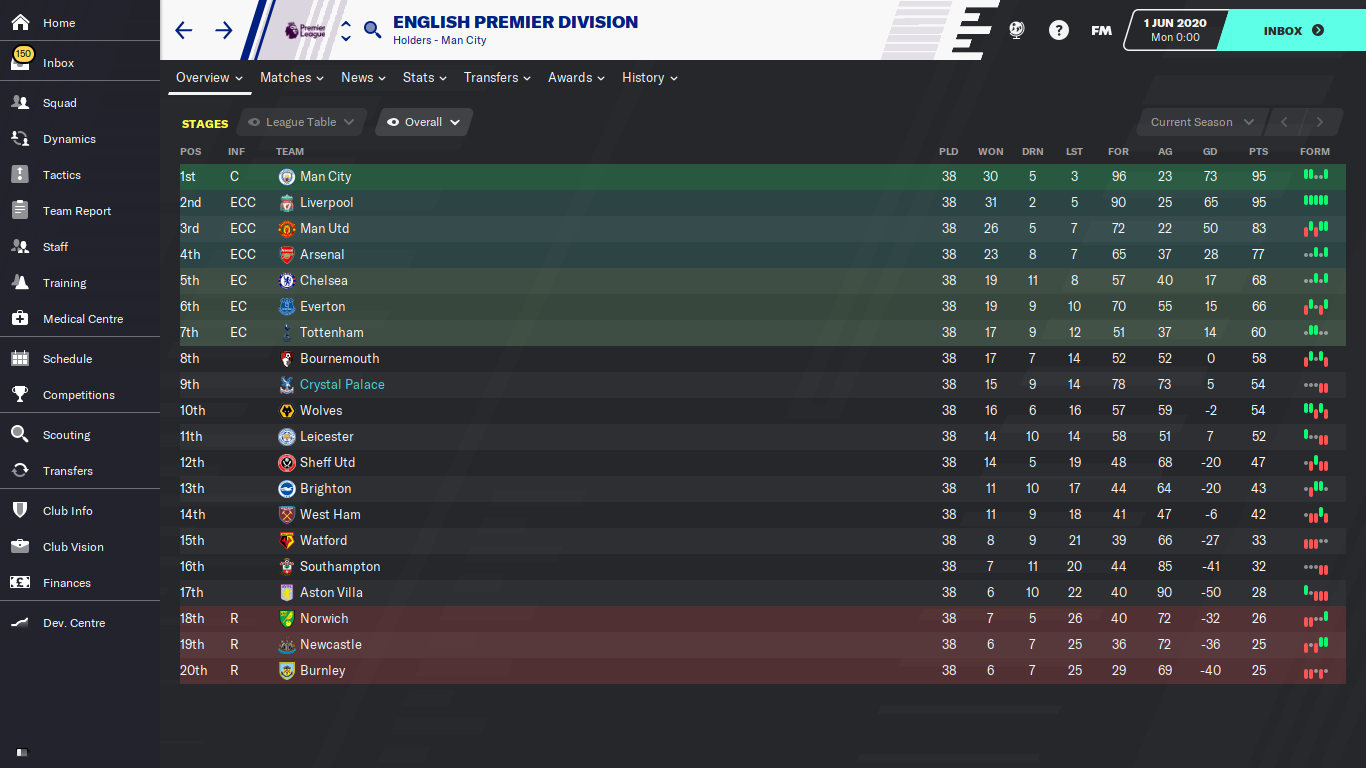 The league was much tougher although still managed to score the magical 100 goals, I would recommend trying to develop play one-twos on your players as a way of quickly moving the ball and creating space. I also recommend taking control of training so your players to become jaded and have ample rest leading up to a game. For 2 of the 3 seasons the central CAM, in this case, Camara was the top scorer in the league. Finally, after being knocked out of the champions league in the previous two seasons by Liverpool I was able to win it and ultimately complete the treble. 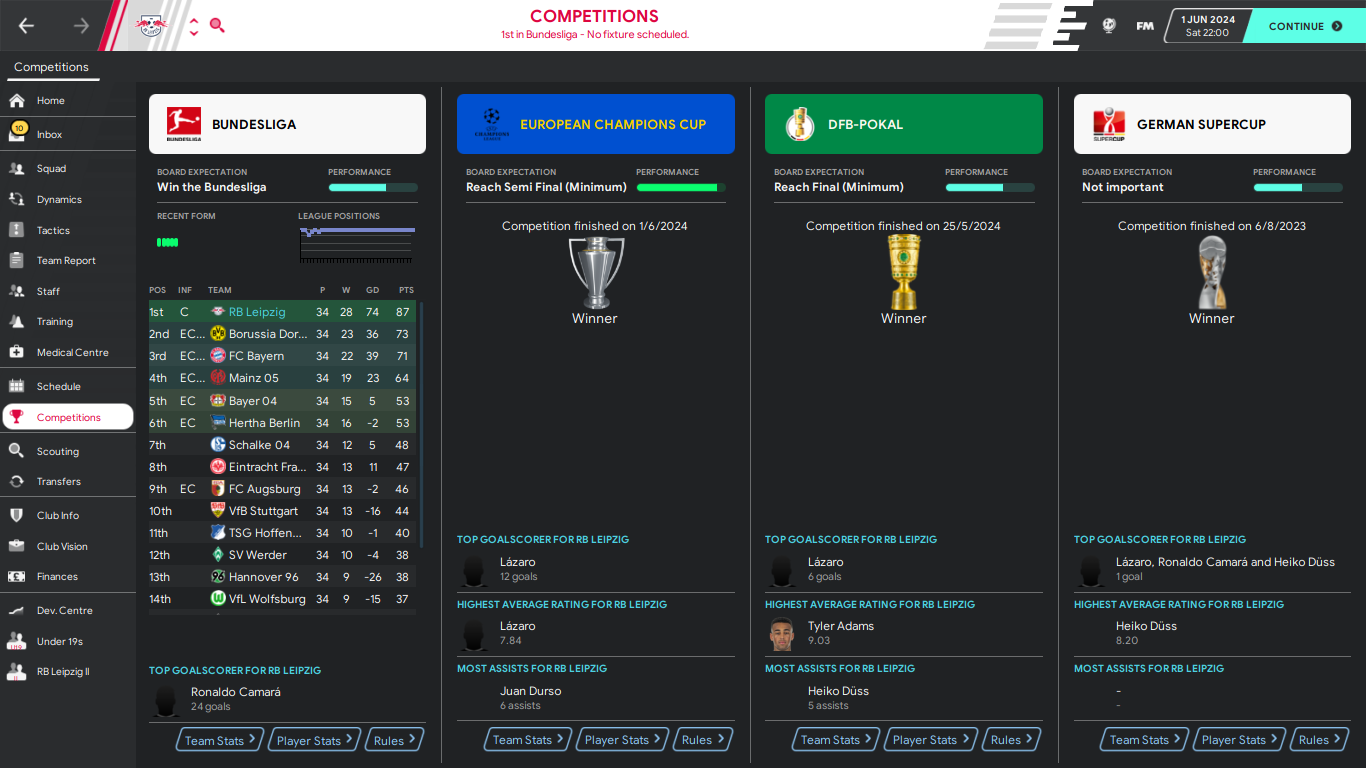 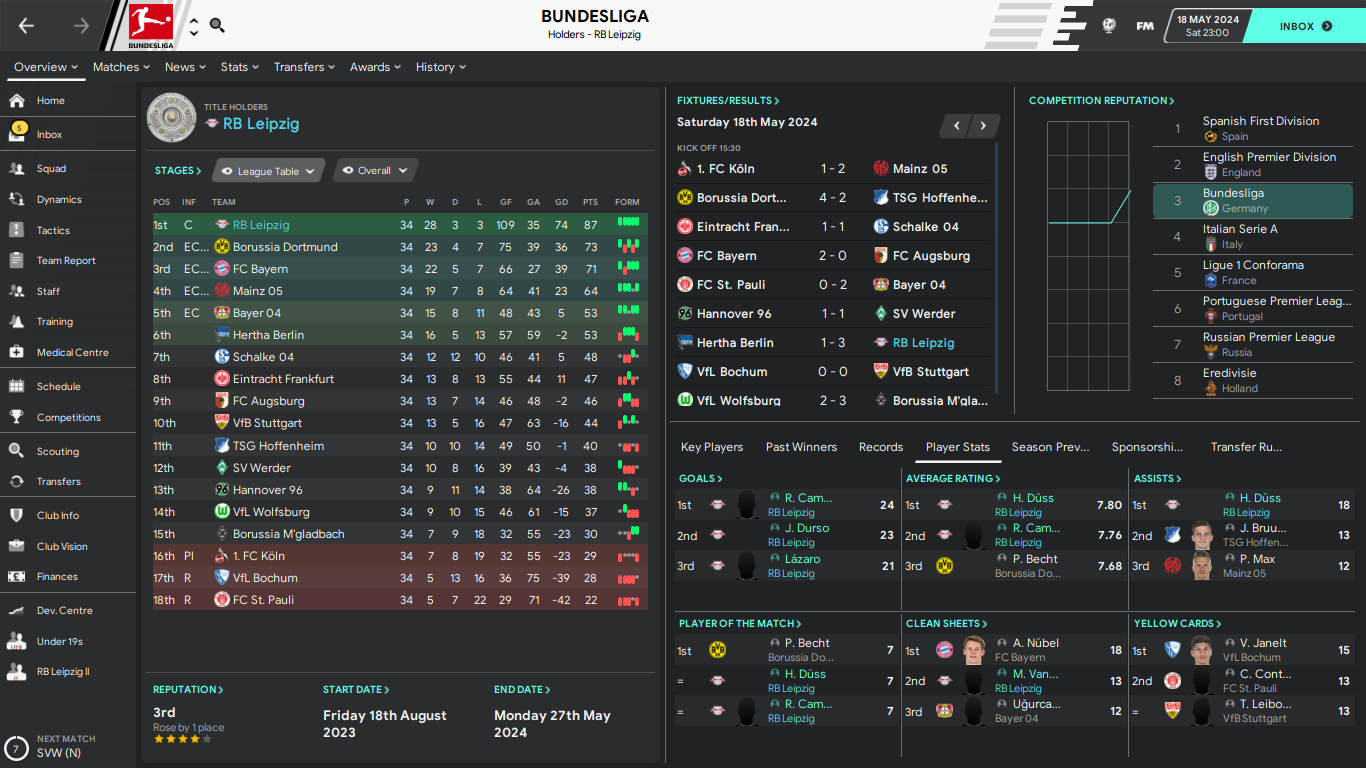 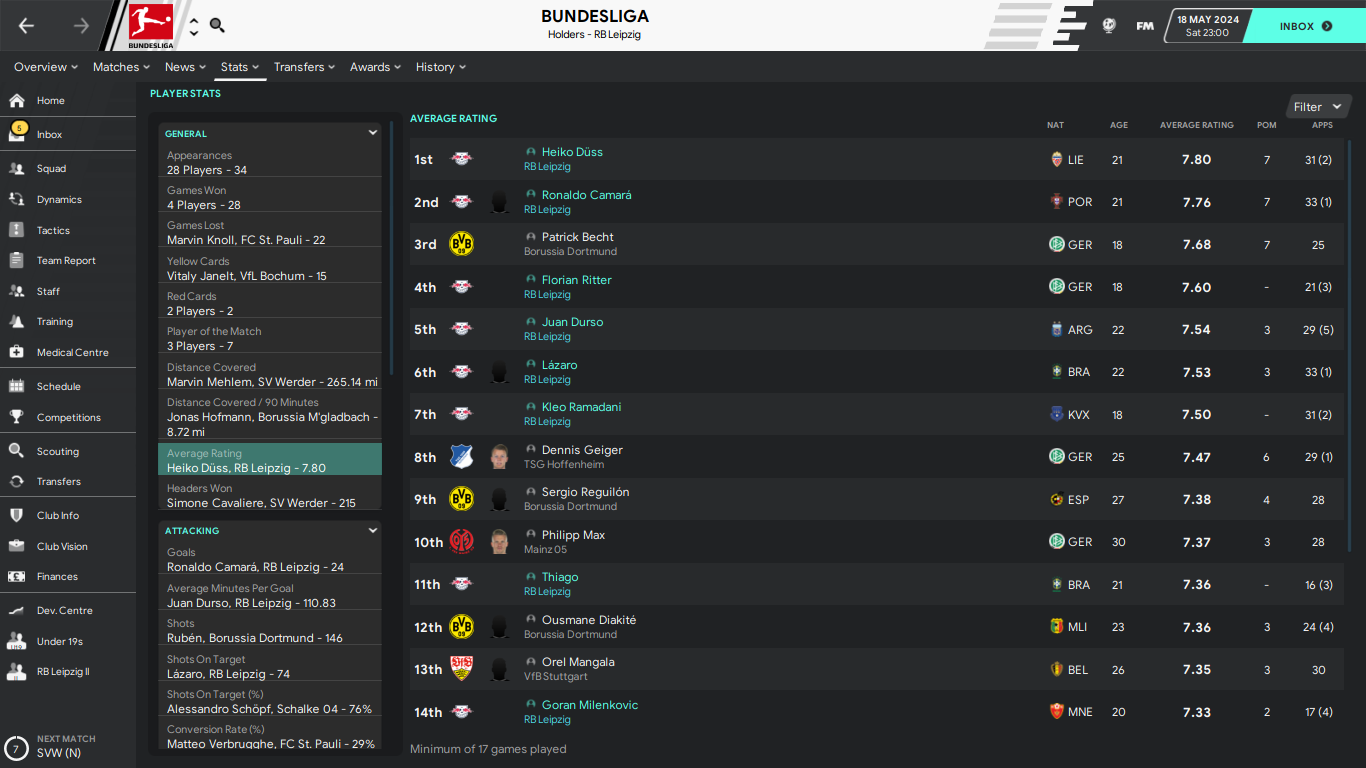 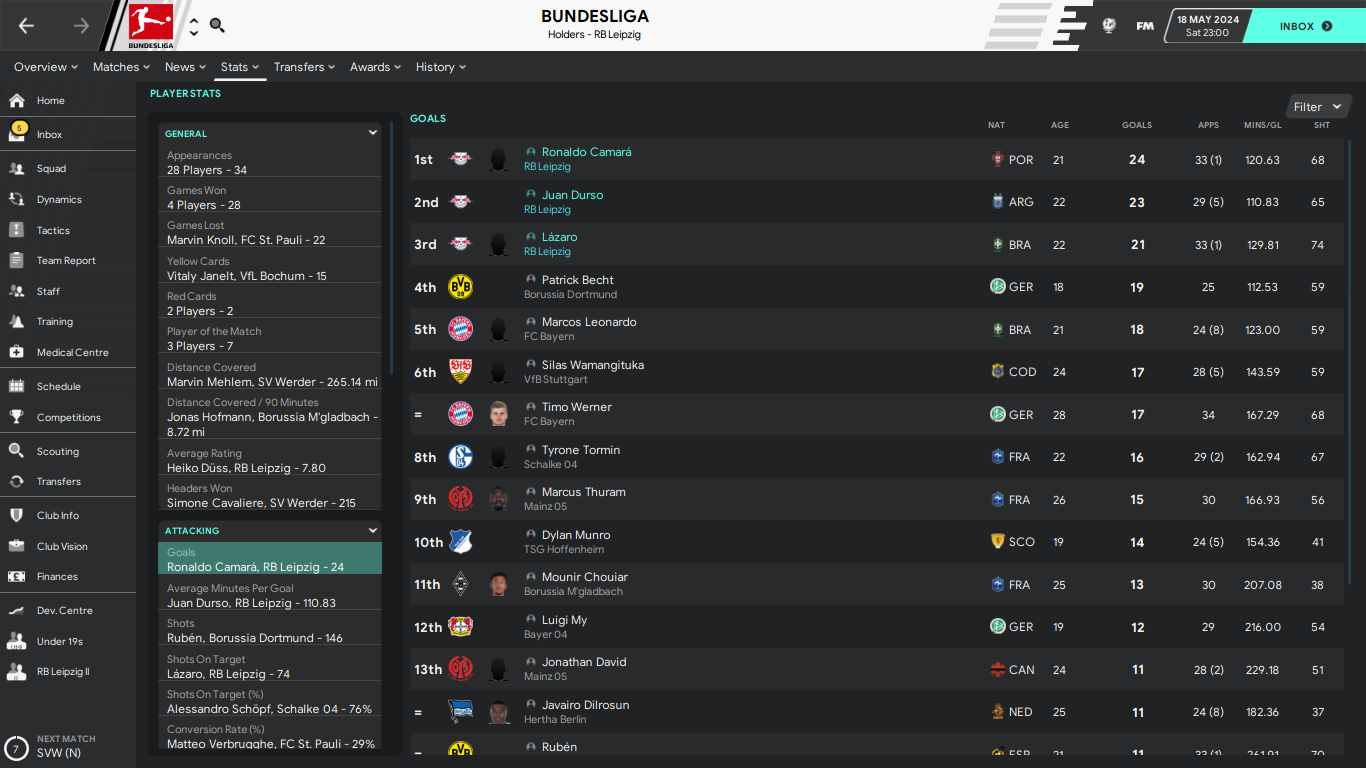