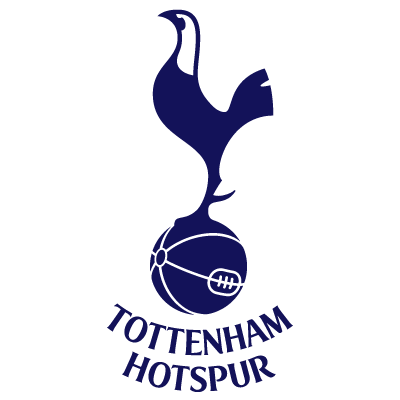 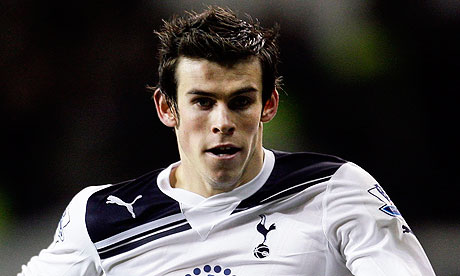 
Niko Kranjcar, who has scored two winning goals in his last two outings, is set to deputise for Bale again wide on the left.​


Rafael van der Vaart will return to the side after recovering from a calf problem which forced him to miss the weekend win at Sunderland.
Peter Crouch is expected to shake off a back problem to feature in the squad, while Redknapp will give Luka Modric until the last minute to prove his fitness after undergoing appendix surgery.​


Tom Huddlestone, Ledley King and Younes Kaboul are all missing through injury, while Jermaine Jenas is suspended.​


Wilson Palacios and Sandro are set to start in midfield if Redknapp decides not to risk Modric from the start with the Croat only returning to training on Sunday. ​

Milan are missing January signings Antonio Cassano, Mark van Bommel and Urby Emanuelson as they are all ineligible.​


Rossoneri captain Massimo Ambrosini and Andrea Pirlo are both sidelined through injury along with former Spurs man Kevin-Prince Boateng.​


Milan coach Massimiliano Allegri is set to field a three-man attack with Zlatan Ibrahimovic, Robinho and Alexandre Pato all starting.​


Alessandro Nesta, Nicola Legrottaglie, Ignazio Abate and Luca Antonini have all recovered from knocks to take their places in the squad.​

Tottenham's possible starting XI. If Modric is ruled out, Sandro will probably start instead​
In theory, Tottenham have the perfect footballing style to cause Milan problems.

Max Allegri’s side have been vulnerable to the same two things this season. First, pace on the counter-attack. Milan are an old side, and often can’t compete with raw speed from younger legs. Second, width. Whether playing a 4-3-3 or a 4-3-1-2, Milan’s front three leave the defending to the seven players behind them. The full-backs often become exposed to tricky wingers, and allow too many crosses into the box. Cesena showed the way to beat Milan earlier this season – sit back, and break down the flanks.

Few other clubs in Europe play two traditional wingers like Spurs – Aaron Lennon on the right, Gareth Bale on the left. Unfortunately, Bale has been ruled out of this one, meaning Lennon – likely to be up against Luca Antonini – has a big responsibility to provide drive and direct running from the flank.

On the other side, Bale will be a big loss considering Milan’s aforementioned problems, and taking into account his impact the last time he played at the San Siro. His replacement will be Niko Kranjcar – a completely different player, who likes to come inside and link up with others, rather than getting down the line and putting balls into the box. In a way, that might help Spurs – their ball retention away from home is often poor (granted, partly down to an admirable willingness to attack full pelt for 90 minutes), but in a two-legged tie like this, Spurs might want to keep it tight away from home in the first leg, which means possession play would work well.

On that note, the possible injury loss of Luka Modric is another big blow, meaning Spurs will be without the two stars of the victory over Inter in the group stage. The further absence of Rafael van der Vaart would be a disaster. Tom Huddlestone and Jermaine Jenas are also unavailable, meaning Harry Redknapp really is down to the bares bones here. It is likely that van der Vaart’s availability will influence whether Spurs play 4-4-2 or 4-4-1-1 – a very small difference in terms of the positioning of the relevant players (as Jermain Defoe drops off when Spurs don’t have the ball) but a larger influence upon what Spurs do with the ball in the final third.

Milan's possible starting line-up​
Milan have their own injury problems in midfield. Andrea Pirlo, Kevin-Prince Boateng and Massimo Ambrosini are out, whilst new signing Mark van Bommel is cup-tied. Rino Gattuso and Mathieu Flamini look to be certain starters, whilst young German midfielder Alexander Merkel may get a start to complete the trio. Another option would be to move Thiago Silva forward into the deep-lying midfield role he’s taken up recently, with some success, which might work especially well if van der Vaart starts – see how David Moyes used Johnny Heitinga, a converted centre-back, to stifle his fellow Dutchman earlier this season.

Upfront, with Antonio Cassano cup-tied after playing for Sampdoria in the qualifiers, Ancelotti has to choose three from Clarence Seedorf, Pato, Zlatan Ibrahimovic and Robinho. Ibrahimovic will play, Seedorf looks a good bet considering the defensive-minded nature of the midfield three, and the need for a ‘link’ player, so it might be a choice between Pato and Robinho for the third spot.

With such a potent attacking trio and three central midfielders dominating the middle of the pitch, expect Milan to have the running early on in the game. Spurs best option is probably to play on the counter-attack, despite Bale’s absence. Defoe’s pace over the top could cause problems, especially if Silva plays in midfield and Mario Yepes (35) joins Alessandro Nesta (34) at the back. Meanwhile, Peter Crouch seems to be a European specialist, causing Champions League sides far more problems than Premier League side, and with Milan vulnerable to crosses this might be a promising approach.

Wilson Palacios is a key man for Spurs, as he occupies the zone Milan’s trequartista will look to play in. Palacios has been hit and miss in recent months, but is probably more suited for that job tonight than Huddlestone or Jenas. Modric’s passing would be invaluable, but the sideways balls of Palacios and Sandro might work well – spreading the play from flank to flank.

Milan will try and get their full-backs forward to provide width, meaning Lennon and Kranjcar must be disciplined (something they’re both reasonably good at). Upfront, expect the unexpected from Robinho or Pato, whilst Ibrahimovic offers more movement than one might expect. In particular, he pulls to the right, and might relish aerial battles with Benoit Assou-Ekotto.

With Milan lacking Andrea Pirlo and their midfield not overwhelmingly creative, Spurs’ midfield can afford to stand off, sit deep and focus on keeping it tight between midfield and attack, before breaking at pace – think of their goal on the break against Aston Villa over Christmas. Redknapp is notorious for being ‘not much of a tactician’, but whilst Milan start as favourites, Spurs’ natural approach tonight might be the perfect strategy.
O

Simmer down and pucker up

The day after Brazil's former No.9 retired its time for Brazil's new No.9 to step up to the plate.
Alexandre Pato, this is your game tonight.
M

Tottenham all the way.
I

I'd love to see Spurs do well and go all the way, And who knows, On their day they can beat anybody. Good luck Spurs. Bale is a huge miss though.

That gives Spurs a vital away goal and a real chance in the second leg.
H