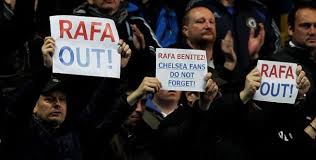 Chelsea fans got their wish as Rafa was sent packing finally. Roman has promoted Youth Coach Sam Birch as the new manager on a 1 Year Deal.

Birch has been a youth coach since the Mourinho days and has been tipped to rise to the top of the game. Here's what he said in his press conference:

''I'm glad to be trusted with such an amazing job, firstly Id like to say I will be running the first team my way. I'm going to give youth as much of a chance as possible, players like Lukaku, McEachran, Ake, Piazon, Chalobah will all be integrated into the first team and I'm sure they will become stars as long as they work hard. Secondly with the financial fairplay rules coming in soon I wont be splashing the cash, I wont sign anyone over the age of 21 either.''

So basically I've struggled to get stuck into a save this year but hopefully managing my favourite side I can commit. Also the rules should make it interesting for you guys too ​

A new Sam91 story, today is a good day. Looking forward to this!
K

I'll follow! Going to actually try this myself, nice idea!

Thanks dude. Been wanting to do it for ages really, hopefully goes well


VictorWanyama said:
A new Sam91 story, today is a good day. Looking forward to this!
Click to expand...


Also just for everyone to note I'm using LFC's update. And very happy with some of the boosts he's given to the youngsters in the side especially Feruz. Update just before the first game of the season, promoted a lot of youth up from the reserves and Under 18's!
W

A tougher challenge would have been only buying players under 18. Good luck though I will definitely be following this! Will you have an age cap where you will sell the veterans once they reach a certain age or what?


So I just snapped up one youngster so far in Nathan Redmond, we only had one natural right winger in Moses and Redmond looks like a real talent plus he's English. A lot of un-wanted were sold. Still need to try and offload Turnbull and Hilario though.


In world news not a lot has happened apart from Kaka moving to City from Madrid.

So as you can see I'm using my trusty 4-2-3-1 and it fits this side nicely. Ba will start over Torres and Feruz will be our back up forward. Also promoted Ake, Loftus-Cheek, Baker and Blackman. All will get chances in Cups and against weaker sides. Also I promoted Saville and Swift but they probably will never be good enough sadly. But Ake and Feruz are the ones who really have the potential to become part of the future.


I also manager to get Roman to increase the Youth Recruitment Networking to help our youth intakes.


Thats all for now until the end of August in which we could have won 2 trophies already!!​
S

Good luck with this mate
S

what logos/face pack you using mate..?

iArsenal said:
A tougher challenge would have been only buying players under 18. Good luck though I will definitely be following this! Will you have an age cap where you will sell the veterans once they reach a certain age or what?
Click to expand...

Yeah but I didn't wanna miss out on any decent regens if I notice them at 19 or 20. Haven't set myself any age but I normally find myself selling players when they hit about 30 anyway to make room for decent younger players anyway.


Safc-mad-scotty said:
Good luck with this mate
Click to expand...

Not sure whether to follow this considering I'm a Man United fan.

MaximumPower said:
Not sure whether to follow this considering I'm a Man United fan.
Click to expand...

Haha come on man we're hardly rivals anymore, we haven't competed for the title in about 3 years
M

Sam91 said:
Haha come on man we're hardly rivals anymore, we haven't competed for the title in about 3 years
Click to expand...

As long as you beat Man City I'm following this

MaximumPower said:
As long as you beat Man City I'm following this
Click to expand...

Haha I've played the month except for the Super Cup final . Should get it done tonight providing I get he from work soon!! 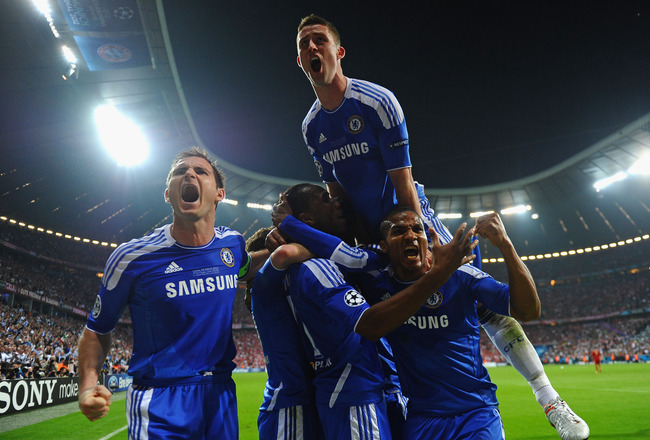 
A brilliant month, but we didn't really play to well in any of the games. We got lucky against City as they had plenty of shots but failed to hit the target too often, we won the shoot-out though and secured our first trophy!! Norwich were no real match for us and goals from Moses and Hazard won the game, Hazard's finish was superb and I can't wait to see how he develops. The game against West Ham could have gone anyway, we grabbed the lead but soon after Tomkins won a header from a free kick and I thought we were going to have to settle for a draw but Luiz bombed forward from right back(I'd subbed Ivanovic and chucked on Ake and moved Luiz to RB) and slotted home with a superb finish, hopefully Ba and Torres were watching as neither could hit a barn door this month!!!

The Super Cup was easier than expected, it was 1-1 at half-time but we'd had 8 shots to their 2!! Mata slotted home from the spot(Lampard had been subbed for Loftus-Cheek). Meaning we finished the month with 2 trophies!!! Brilliant start to my time here. As you can see from the screenshots our youth have been involved, albeit from the bench mostly, but still getting some time.

Here's a screenie of the rest of the worlds transfers, we didn't sign anyone else and only 2 youth players left on loan:


Champions League draw was also made and got handed a bit of a tricky group:

PSG are a good side and Ajax are no pushovers. Could be tricky :/

The fun loving Brazilian has been sensational, 3 MoM's and the winning goal in the Derby.