San Siro Superiority - A Story By Brummy123 and Miskell99

Today AC Milan have announced that manager Leonardo has resigned to join one of his childhood favourite clubs Sao Paulo. With the AC Milan board looking to appoint a manager as quick as possible they have decided to appoint an unknown english sunday leaague manager called Matt Hobbs.

In an interview with sky sports Matt Hobbs has said ' I am delighted to be appointed the AC Milan manager. This club has success in it's blood but hasn't won anything in the last 3 years, I will looking to change that and try to win something this year!'.

' It was always my dream to visit the San Siro as a kid but I never managed to do it. But now to be managing the team that plays here every week is beyond a dream '.

Thanks mate and ye i'll follow yous too
S

What happened to the Birmingham one.
M

i'm still guna carry that on by myself and do this one at the same time. So i will do my birmingfham one and we will both do this one
B

Hope use stick at this one together. Have not followed an AC Milan story so shall look forward to this lads.
B

A little bit of advice, centre your updates. Makes it look a lot tidier
B

Alright mate thanks for the advice
M

We have just got reports in that AC Milan are due to announce their new manager within the hour, just days after Leonardo walked away from the AC half of Milan

NEW MANAGER ANOUNCED
Today the Rossoneiri faithful were shocked to find out who the new manager was as Tom Miskell took the reigns of the club. The unknown Englishman was appointed aftewr a shoch recomendation from Ruud Gullit. Miskell has gratefully thanked Gullit for the opportunity and said "Milan is a club with a great history but in recent years hasn't liven up to their name and I intend to correct that. 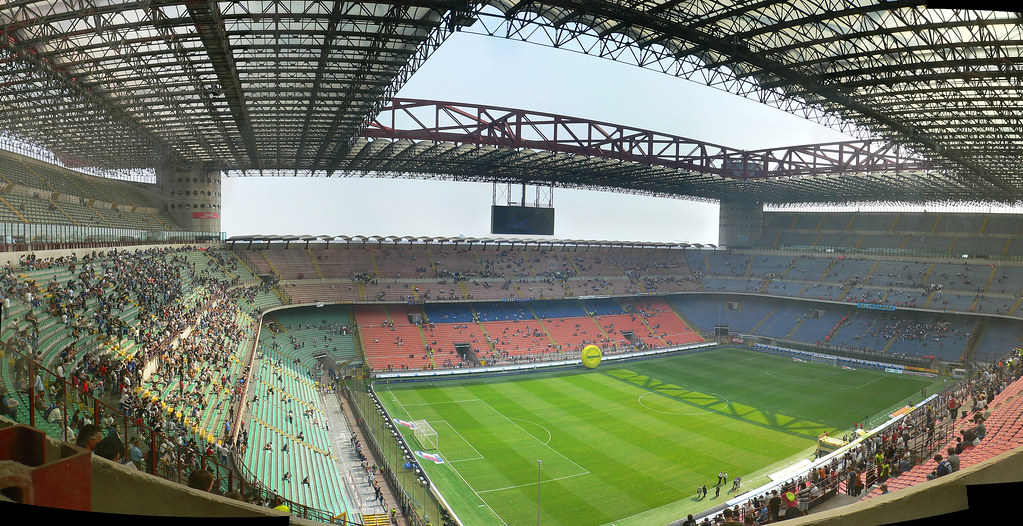 New manager Matt Hobbs is determined to make his mark on the San Siro and AC Milan with new kits.

He hopes that fans will love this new design.​
M

loving the new kits mate, but it's all about the players and having just gone 2-0 up against Juventus in a friendly I feel confident
B

With Matt Hobbs wanting to get his team fully fit for the long season ahead he made sure that know one was left out and that everyone had a game.

Pre-Season was a great success for A.C Milan with them scoring a total of 15 goals and not letting one in.

In a interview with sky sports Matt Hobbs said his was very impressed with the performance of his side and that he will be hoping for a great season ahead.

Good luck mate,great pre-season there
B

Pre-Season​
Miskell's Rossoneiri had a pre-season of mixed results with the failing to beat Stoke but they also beat Americs of Mexico 6-0. Miskell said he was pleased with the players levels of fitness and feels he is now able to make a better judgement of his starting eleven for the opener against Roma.​


Results
AC Milan 8-0 AC Milan Reserves
Pato (3), Ronaldinho, Borriello (3), Inzaghi
We dominated in both halves and got to test some different players. I am pleased in the manner of the win as well as the outcome.
MoM Borriello​


AC Milan 3-0 Wycombe
Ronaldinho, Onyewu, Huntelaar
Dissapointed to only win by three but we played very well and I always expected us to keep a clean sheet.
MoM Onyewu​


Wigan 0-1 AC Milan
Ronaldinho
Only won by a goal but we did keep a clean sheet. Will have to play better in future though.
MoM Ronaldinho​


Stoke 2-2 AC Milan
Huntelaar, Ambrosini
Again we played decent in our offence but the way we deffended shocked me and I will be making changes to future line ups at the back
MoM Ambrosini​


Varese 0-4 AC Milan
Huntelaar, Silva, Ronaldinho, Borriello
Pleased with this game as we showed creativity in the midfield creating numerous chances. We kept a clean sheet showing we were capable of it.
MoM Ronaldinho​


Juventus 2-2 AC Milan
Gattuso, New Signing
We played well and quickly went to a 2-0 lead then all 11 men were replaced and Juventus came back but I was pleased with the performance. AC Milan's new summer signing showed what he was capable of with a goal and an assist aswell.
MoM New Signing​


AC Milan 6-0 America
New Signing (2), Onyewu, Pato, Ambrosini, Own Goal
We played very well. We mixed it up to previous matches with our new signing playing as an attacking midfielder and Ronaldinho playing as a central midfielder. The summer signing scored two goals and also created a lot of space for Ronaldinho
MoM New Signing​


Season Preview: AC Milan
Milan will look to kick off their campaign with their summer signings taking centre stage. Miskell believes it is possible for Milan to win the league but Ronaldinho will be key.

Key Man
Ronaldinho will be an important player if Milan are to suceed this year and Miskell has challenged him to get the most assists in the competition.