The Return of Z.Z

The Return of Z.Z​

I was sitting on my sofa in my lovely new expensive house in France, kicking back enjoying my retirement. I’ve been retired for four years now and I love it, however I wish I could somehow get back into the football business. I’m obviously too old to continue playing, the risk of getting a serious injury is too much. So, that’s when it came to me. Manager. Imagine that, Zinedine Zidane a manager. Lot’s of the former top footballers are doing so why can’t I? So I sat there and thought. What club would be willing to hire me as manager? So I opened up my laptop and went into Internet Explorer and typed in ‘Sacked Managers’. It came back with some results but this was hopeless, the best team I could find to manage was some team in England called Dartford FC. I thought to myself that maybe being a manager was too big of an ambition and for a while gave up on the dream of becoming a manager. So I shut down my laptop and through it onto my king-sized bed. Then I realized, am I being greedy? I have a brilliant life, an amazing house and an amazing wife. But I still wanted more, the football business isn’t something I can just walk away from so I turned on the 50 inch, plasma screen TV and it went straight to one of my favorite channels. ESPN News HD they were talking to Sheikh Mansour, owner of Manchester City. Then along the bottom on the scrolling news headlines it said ‘Manchester City owner sacks manager along with all backroom staff’. I couldn’t believe it, this is possibly the ultimate opportunity for me to become a manager, a top team, lots of money and a vacant managers position. So I turned up the TV too almost full volume so I can hear exactly what Sheikh was saying, they were interviewing him about a load of stuff about why they sacked him and blah,blah. It was obvious they sacked him because Spurs finished above them and got the Champions League spot but then Sheikh said the words I wanted to hear. “We will be reading applications for anyone who would like to become manager, just e-mail this address. [email protected]. So the first thing I did was grab my laptop turn it back on and typed up my application for manager of Manchester City. I was thinking to myself about how amazing it would be if I got the job. Once I had finished the application I typed in the e-mail address and clicked ‘Send’. I could not believe it. I had just applied for the job of manager of Manchester City. 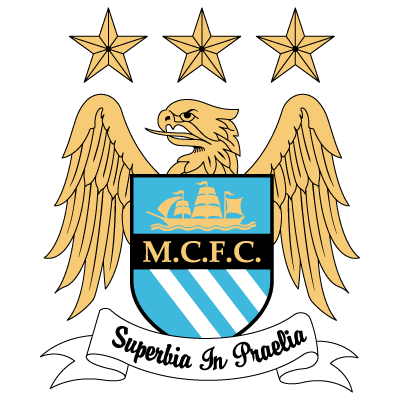 I woke up this morning at about 9am, the dream I had was amazing, it was the dream that I got the job of manager at Manchester City. Then I thought, maybe a day was enough to be selected as manager. So I loaded up my e-mails on my laptop and it said "5 New E-Mails". I was hoping that maybe, just maybe one of those five was the announcement that I had become manager. However its was something completely different. Something I did not expect. The subject of the e-mail was "Vendetta" and the e-mail was from "[email protected]". I had never had an e-mail from this address. I opened the e-mail and could not understand anything in the e-mail apart from two words. "Manchester City". This was the e-mail "
Non preoccupatevi cercando di diventare manager del Manchester City, sarete cacciati e mi batterò con grande vendetta." I was frightened. Not knowing what it meant sent shivers down my spine. Someone knew I had applied for the job of manager of Man City and weren't happy about it. So I went into Google and typed in my name and Manchester City after it. The results showed the obvious, it had been leaked that I applied for the job and I was on a betting site showing the odds for the next manager of Man City. 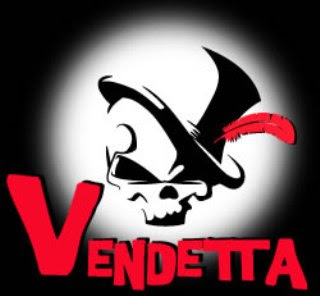 But if it was real life, I'd say this is great so nice start.
R

Thanks mate, this is my first story hope it's looking good, tell me if your following

Manchester City Manager Odds
With Roberto Mancini sacked as manager and Man City's chairman leaving the door open wide for anyone to apply as manager there could be a massive list of people applying for this prestigious job. However, we at William Hill have narrowed it down to a smaller list of manager to get the job.​ 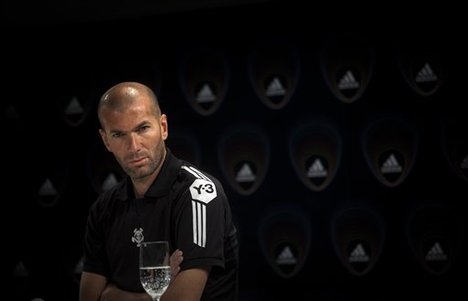 As you can see Pep Guardiola is favourite for the job and Zinedine Zidane is the least favourite due to him not having any managerial experience. Sheikh Mansour is expected to announce the new manager later this week.​
S

Good luck mate, keep going with it, Manchester City isn't at easy as everyone says..

Yeah, Man City is actually supposed to be quite hard, have signed Modric when I have been at previous clubs and he is very good, I may consider him. Also, may I ask you, are you following?

Yeah, Sissoko is also class, and I will, don't worry.. also if you're a spurs fan.. take a hint from my signature <3
R

Nice to see more and more people getting a storyline in their stories.

Few tips; use paragraphs, easier to read. Only problem I've really got though is that this is essentially the same as "manc ity gaffa saked me taken ovir!11!!". And you've used the old "not expected to get the role" with you at 20/1 but we all know you're getting the job, right?

I'll be delighted if you can prove me wrong and turn this into a brilliant story, though.
R

Eds-99 said:
Only problem I've really got though is that this is essentially the same as "manc ity gaffa saked me taken ovir!11!!".
Click to expand...

Sorry mate, what do you mean??
E

Ross-Galloway said:
Sorry mate, what do you mean??
Click to expand...

Pretty much every story these days is this template.

Shock as manager who was never expected to get the job, gets it.

I'm not complaining here, as I think your OP was good, nice use of perspective, but just sayin'.

It is now exactly a week from when those odds were released by William Hill and that means today should be the day that Sheikh unveils the new manager of Manchester City. I woke up this morning at 10am and the first thing I did was turn my laptop on and go into e-mails to see if I had been given the job or if I had the dreaded apology letter. I clicked the 'Send/Recieve' button and no new e-mails appeared. I thought to myself 'Thats Funny, Why Don't I Have Either a Congratulations or a Apology?" So I clicked it again "No New Messages" the laptop spoke to me. I was thinking all the worst thing, what if my application didn't get to Sheikh, what if I didn't press 'Send'???

So I picked up my phone and rang one of the other contenders for the job and one of my friends Jose Mourinho. 'Doo.Doo'... 'Doo.Doo'... "Please Answer, Please Answ-"
"Hello" Jose always said hello instead of hello in Italian for some reason
"Hi, it's Zinedine, I was just on my laptop checking for an e-mail from Sheikh to see if I had the apology or congratutions and I had neither. What about you?"
"Well, lucky for you, i'm one of the guys who got the apology e-mail"
"Seriously!! You were one of the top contenders!!"
"I know but oh well! I am happy enough here in Madrid and anyway about you not recieving an e-mail I do not have a clue about that maybe you should try and get hold of him. If you want his number his buisness are always showing it off on TV. Try channel 1004."
"Thanks so much Jose and sorry on not getting the job. Speak to you later"
"Yeah, bye"
So, I turned on my TV...

Yeah, but it would be nice to see something different, always more entertaining that way. Although his OP was good.

And nice update there Ross.

Nice update, I wonder if Zidane gets the job haha.
R

Sorry, there hasn't been an update in a while been busy, should be one up later today. But, could I just ask, what do you think of the signature I got made?


All credit goes to Nathan

...And guess what channel it went to? No not ESPN News HD but Sky Sports News..

Andy: So how does it feel to be in a way chosen to be taken from rags to riches? I mean you started off at Swansea City jumped right up to Wigan Athletic and now your at the richest club in the Premier League!​


Roberto: I feel great, I am overwelmed that I have been chosen over many of the worlds top managers for this fantastic job.​


Andy: Are there any players that we might see leaving Wigan to join Manchester City?​


Roberto: There is just one player I am extremely interested in bringing to the club and that will all be revealed at a later stage.​


Andy: Thank you for your time Roberto.​

I could not believe it, I had actually lost out on the job of being manager. I mean I know I've had no experience but why has Roberto Martinez got the job and not someone better. Roberto is my friend but I don't think he deserves the job. However, all this still does not explain why I did not recieve an e-mail back from Sheikh so I found his buisness channel on my TV and I rang their number. No answer, I rang again. No answer. He was either ignoring me or just didn't want to answer the phone at all. So I just turned the TV off in anger and just continued with my normal day.​

Nice twist, don't know where this is heading, but I'm looking forward to the update..
Check my story out if you want mate