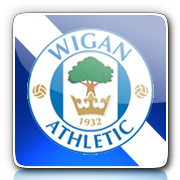 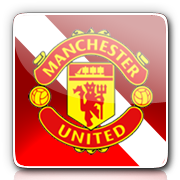 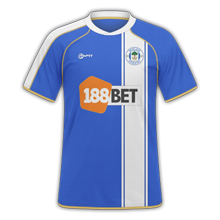 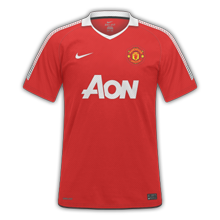 Wigan host Manchester United on Saturday in a North West derby clash of sides needing the points at opposite ends of the table. Roberto Martinez's Latics are currently sitting third from bottom in the top flight, with 27 points from their opening 27 games. But results have improved of late, with five points from their last three league outings, including a pulsating 4-3 home derby victory over Blackburn. The Wigan boss rested nine players who earned the excellent 1-1 draw at Liverpool for the most recent FA Cup loss to Bolton and he will now be expecting a maximum effort from his returnees. But it will be tough against a United side who will also be desperate for a win having seen their lead at the top cut to just a solitary point by Arsenal's midweek victory over Stoke. The Red Devils lost their unbeaten start to the league season with a shock 2-1 defeat at Wolves but have bounced back to go three games undefeated - beating arch-rivals Man City in the league, seeing-off a determined Crawley in the FA Cup and holding Marseille to a goalless UEFA Champions League stalemate in France in midweek. Sir Alex Ferguson's side face a crucial week ahead - following up their clash at the DW Stadium with trips to rivals Chelsea and Liverpool - but history is firmly on the Red Devils' side here, with United having won all 12 matches they have played against Wigan in all competitions, scoring 37 goals and conceding just four.

Defender Emmerson Boyce is Wigan's only major injury concern for the visit of the Red Devils. Boyce is yet again troubled by the hamstring injury which has dogged his season and will be assessed before the game. Callum McManaman is also a slight doubt after suffering a nasty cut in last week's FA Cup fourth round loss to Bolton. Goalkeeper Ali Al Habsi should return after being ineligible to face his parent club while new signing Conor Sammon is also back in contention. For United, Michael Owen, Who last featured in the FA Cup win at Southampton last month, could return for short trip to the DW. The former England striker is back training after suffering a groin injury and could be available. The 30-year-old was one of seven senior players to miss Wednesday's draw with Marseille and, of the rest, only veteran winger Ryan Giggs is in contention to play, either at Wigan or Tuesday's crucial clash with Chelsea at Stamford Bridge. Rio Ferdinand, who has not played since suffering a calf injury in the warm-up ahead of United's shock defeat at Wolves earlier this month, and fellow defender Jonny Evans are not expected back until the Liverpool game next Sunday, which means Chris Smalling could continue to deputise in the heart of defence. United boss Ferguson also believes Antonio Valencia, Park Ji-sung and Anderson will be out for at least another two weeks.


What will the score be?​

Back with a bang I think after two poor performances. Berbatov brace, Rooney and Scholes to score.
L

i saw the future and Manchester united will struggle

anyway they are gonna win by 1-0
A

This will be the game we perform away from home!
C

Didnt even know Utd had a game this weekend. Utd will win 2-1 with a late "Utd" type goal.
I

We normally **** goals past wigan and it helps spurs us on to a good goal scoring run of form, so i am going to go for a dominant 4-0 win, with Rooney getting 2 and Nani getting one, with Vidic scoring
S

0-3 united. if there is one team that leaks against us its wigan
C

Mike. said:
0-3 united. if there is one team that leaks against us its wigan
Click to expand...

They leak more against Utd than a granny leaks in an old peoples home.
Last edited: Feb 26, 2011
H

CJACKO11 said:
They leak more against Utd than a granny does in an old peoples home.
Click to expand...

no as he used the word THAN it is a comparison, beteen wigan leaking against United.. To a Granny leaking in a home......
C


rooney knows a thing or two about grannys
M

CJACKO11 said:
They leak more against Utd than a granny leaks in an old peoples home.
Click to expand...