Download
Overview History Discussion
This will be a bit of copy and paste job from the other thread. The reason for putting two threads is for the tactic testing team.

My main idea in regards to the shape was Mourinho and his early 00's teams at Porto and Chelsea. In regards to his playing style, Mourinho is actually very flexible and adapts the style of play to the players he has at his disposal. He also adapts to the specific conditions and tactics of every single game, matching his team to best play against the opponents of the day. Mourinho can read the game perfectly and react immediately to any changing game situation, to produce the best results for his team. His teams can be high pressing like at Porto and his first spell at Chelsea or they can defend in a middle or low block. In the attacking phase, his teams can be both dominant as Real Madrid were (especially during his second season) or give the initiative to the opposition in terms of possession and focus on counter attacking. This all depends on the preferred tactics of the Portuguese, based on the players he has available and the opposition's strengths. It is very difficult to predict Mourinho's tactics during the attacking phase. The build-up can vary from using short passing in order to move the ball between the lines, to playing direct long balls from the goalkeeper or the defenders. However, both with Real Madrid (Ronaldo) and with Chelsea (Hazard) Mourinho favoured using right footed players on the left - they would often move inside to create overloads which is a key tactic of Mourinho's.

So that's how I have arrived at the tactics. 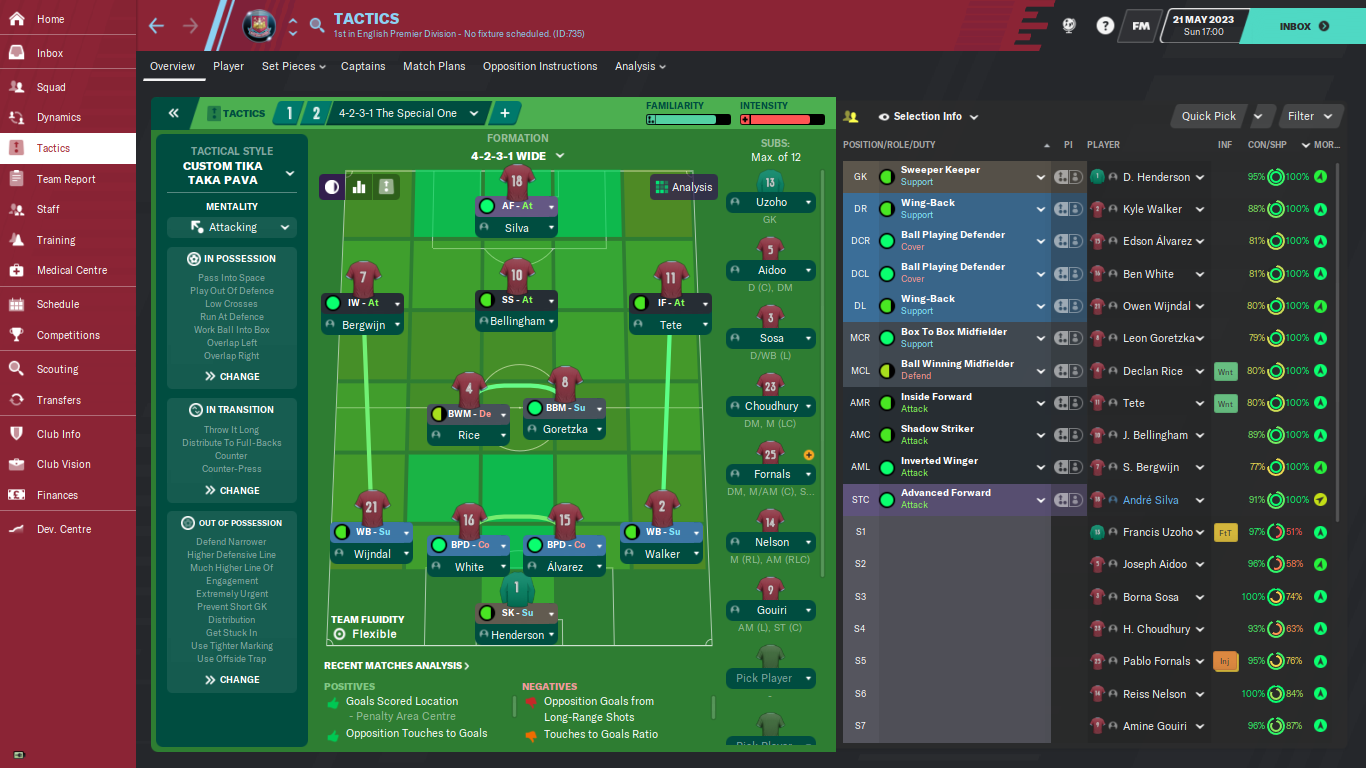 Set pieces are key to the tactic!

Use full backs with long throw over 13!! 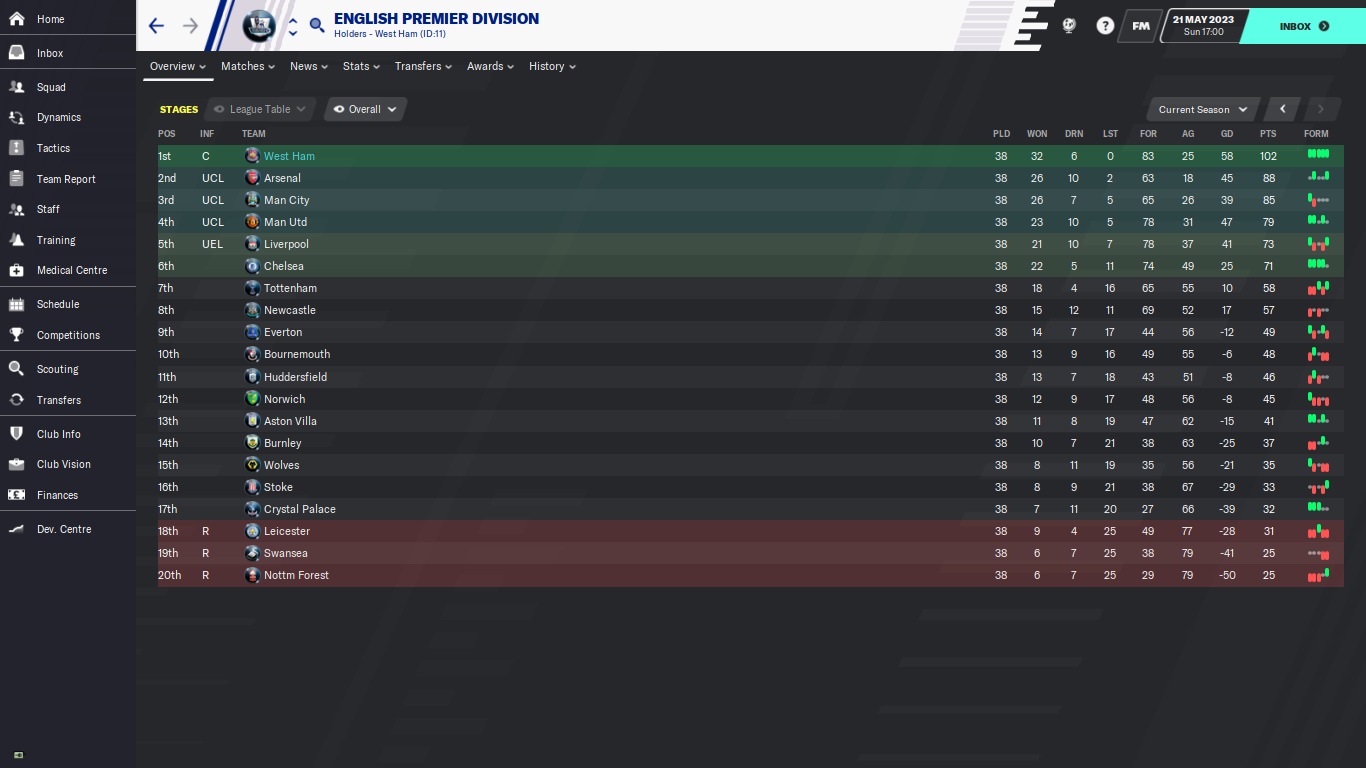 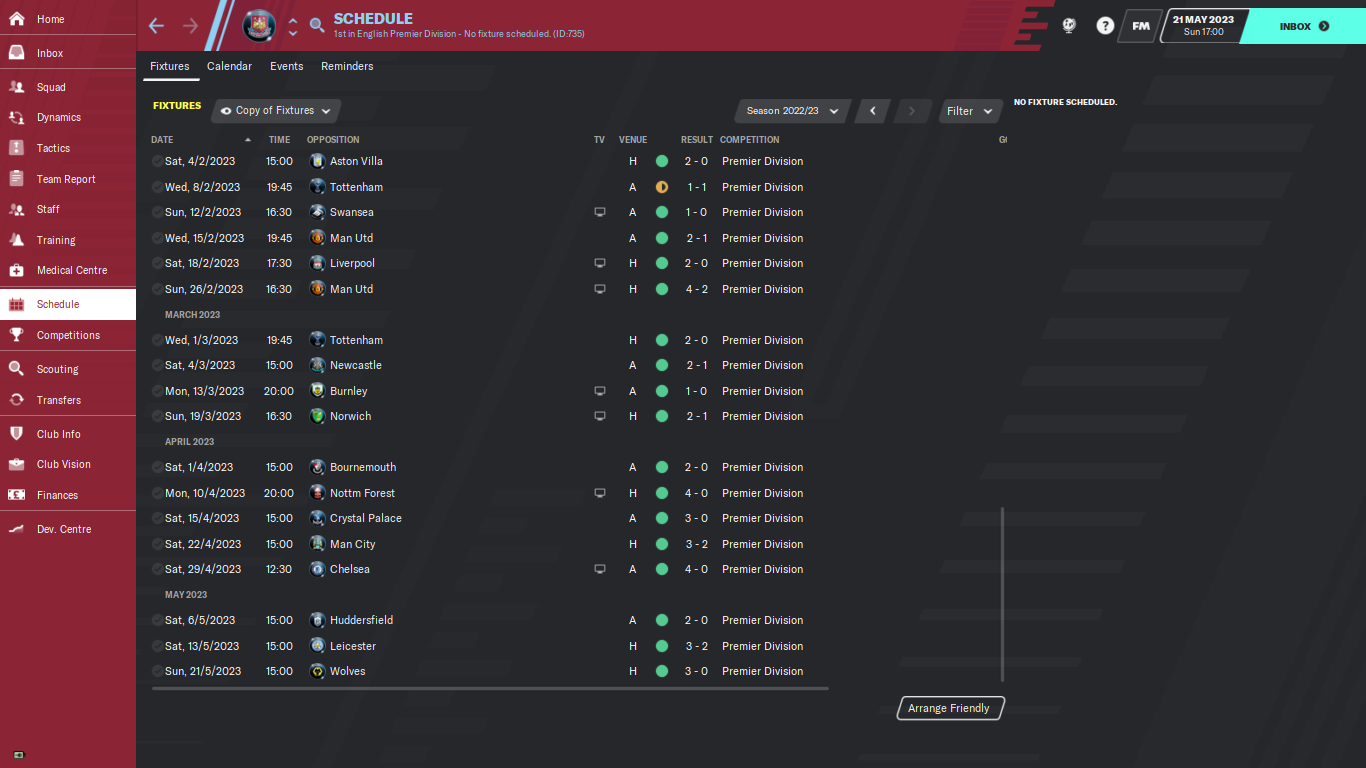 This is the most defensively sound tactic I have used this year. As I've tried to eliminate the ball over the top as best I can. In these results I have been using both tactics in the season. So any game against top 6/7 away, or say top 4 at home. I've used the 4-2-3-1 and the 4-3-3 is used against all teams I consider myself favourite.

Also be flexible so you can switch to the other tactic if you feel you are not getting the grip of the game. Manage your teams!

Just to show the prowess of the Set Pieces which are identical on both tactics one more SS of the goals from the corners. I've also re done my set plays on defending corners which I'm really pleased with Good luck. Follow my advice in terms of the tactic. I would want to test these further but with the forum offering this now we can see which one is better I guess. But I really recommend using both and being flexible.

I went invincible purely because I stuck to the underdog/favourite thing. It's just a feeling of I'm starting with x tactic. And if it's not working just switch to the other tactic.

Also big shout outs to the guys in the spirit of 99 threads who have done tweaks as that made me do these tactics!
Reactions: BlackEagle7, Danwolf, Jbthre and 1 other person