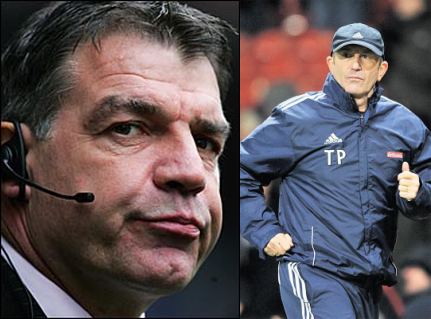 I always love to create the most British and exciting form of football in its purest. My Route 1 Sky-Ball system =)

After Mourinho, Big Sam and Tony Pulis are my two favourite bosses. Both so under-rated but always overachieve at their clubs, and quite frankly making the impossible, possible.

Look at Everton, European form under Big Sam. Choose to go with Marco Silva, and sacked whilst in the relegation zone. And then there’s Tony Pulis, unlucky to not have a crack at the playoffs with a poor Middlesborough squad – with Woodgate now struggling to keep them out the relegation places.

I do agree with Sam if he was called Allardicio he’d have nailed a much more prestigious role. But I guess it’s a bit late for a name change now… 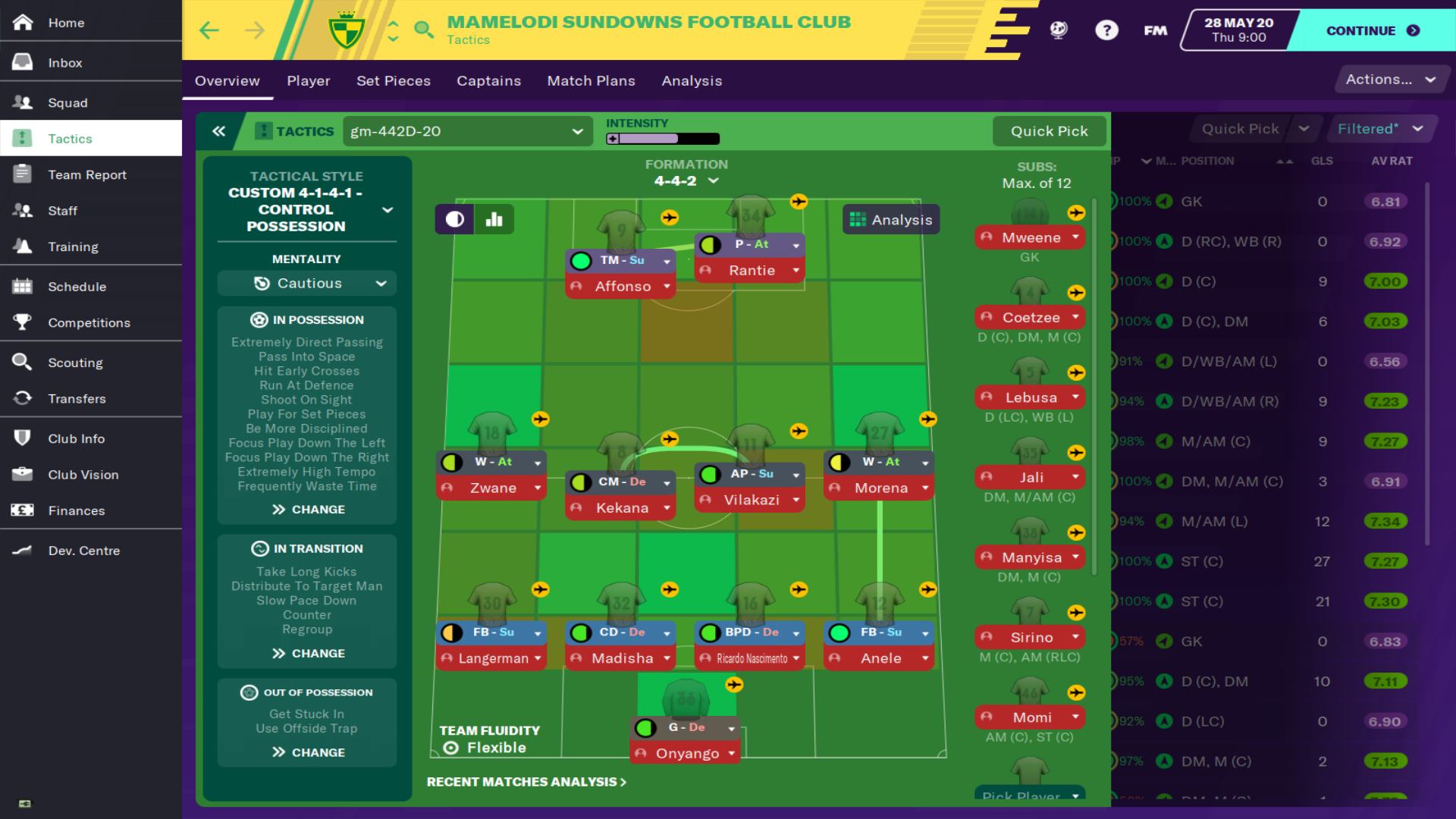 I’ve gone with the very classic 442 English formation to play this style. Partly as I think than rather purely being at a club that is looking to maintain their league status, a more offensive system will be more capable of challenging for winning things.

The big and little man combo form my strike partnership. Think of Peter Crouch the Target Man support and Michael Owen the poacher.

The way I also like to implement my Route 1 systems is Big Sam’s method of hoofing the ball up the pitch to gain territory on the pitch. Once the ball has been secured, we can let our players play in the opponents third of the pitch.

To do this I play with an advanced playmaker to direct the play. A solid hard man partners him in the middle, with an abundance of pace down the flanks for pure out and out wingers for the width.

Big Sam also likes at least one of his full-backs to support the play when attacking. I have two full-backs on support to provide close help for our wingers which will also aid our ability to attack and put teams under a degree of pressure. 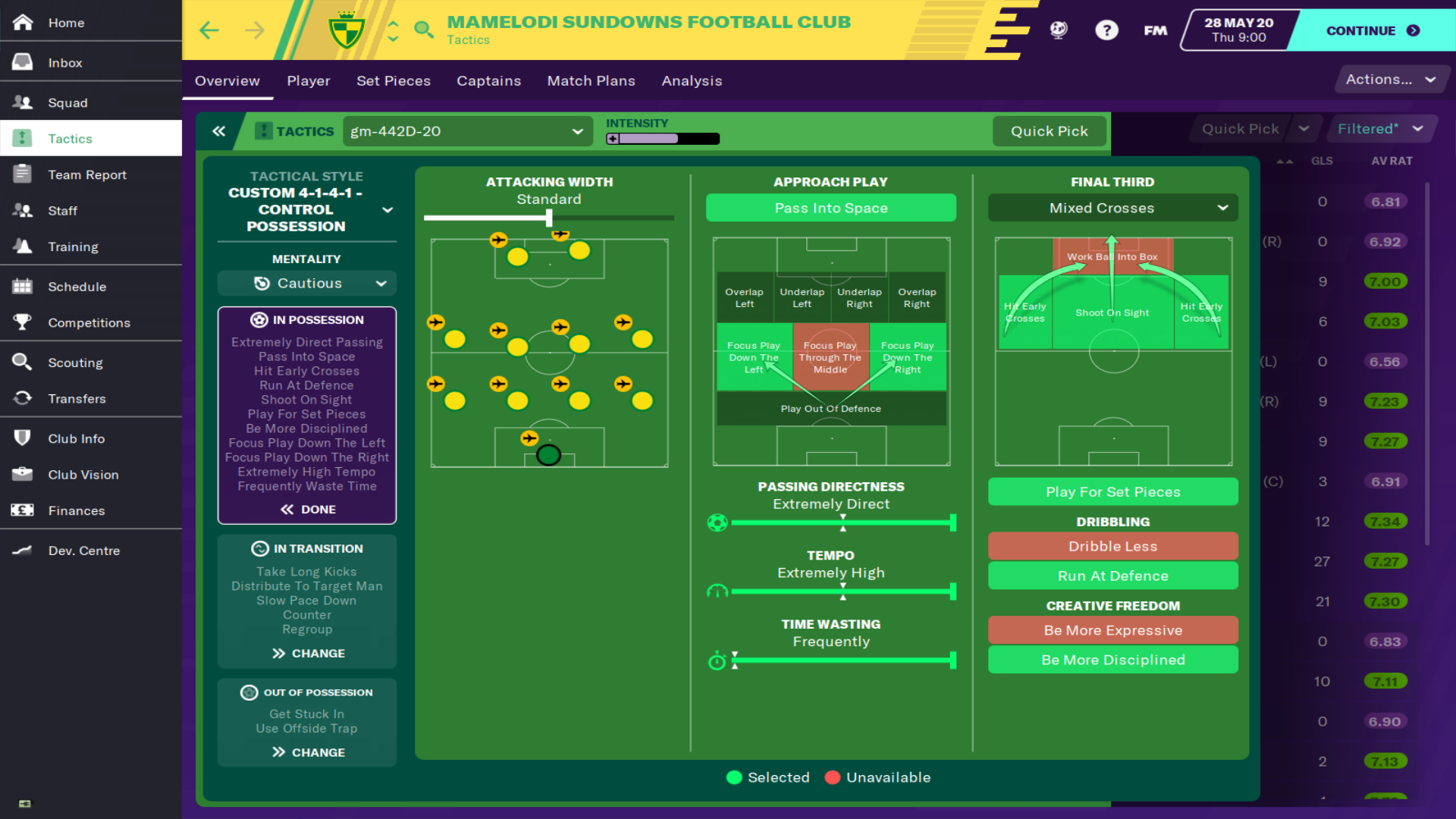 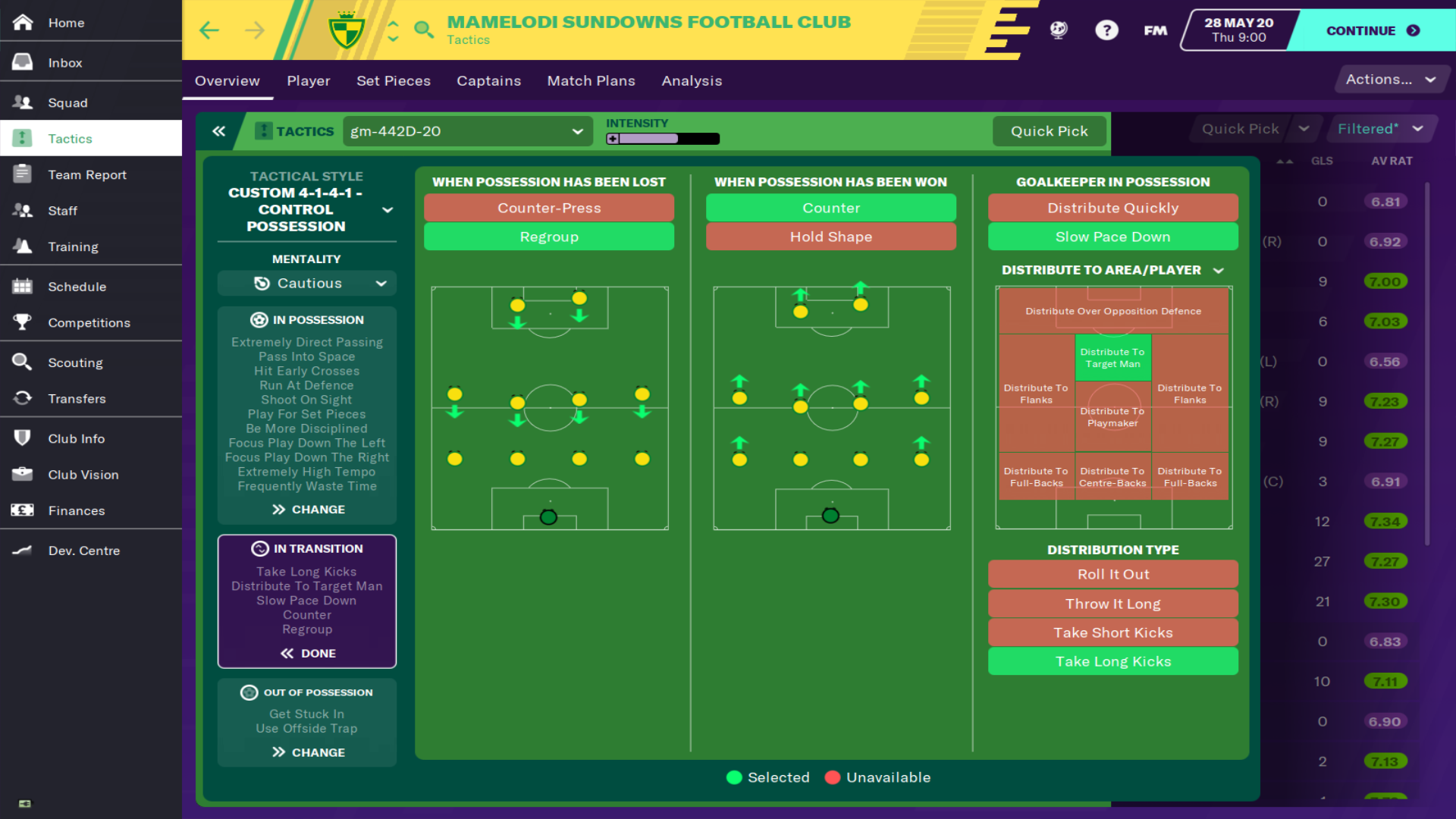 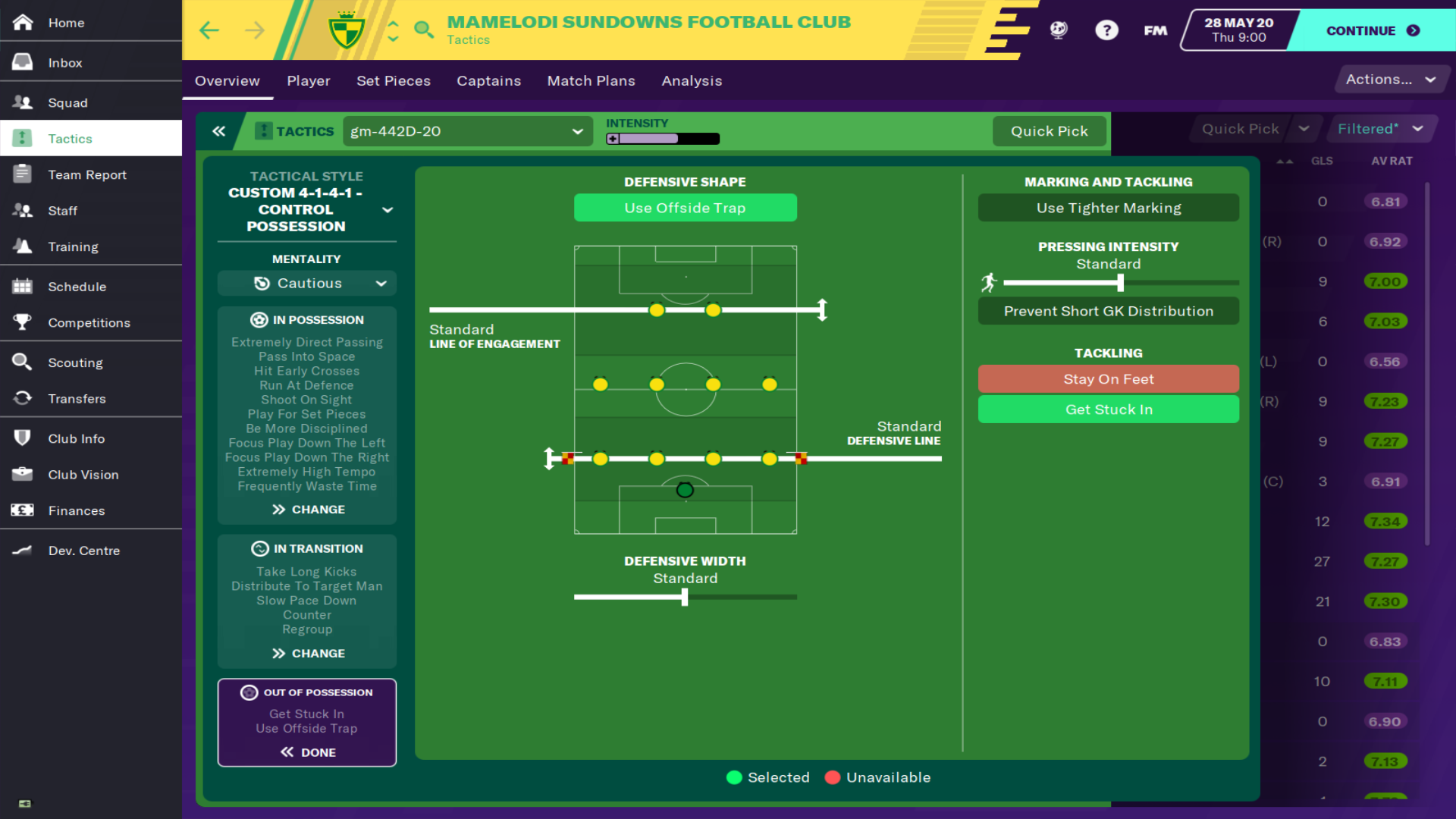 A cautious mentality is used, as being defensive will be just too negative. With this mentality, we will have the tendency to try and return to a solid defensive shape and have the threat of counter-attacking with pace.

To supplement this and our full-backs on the support roles is the offside trap and a standard line and loe. I don’t want our side to defend too deep as this will invite too much pressure onto us, and the use of the offside trap is a good option to utilise especially when our team may have over committed in an attack and we can’t get back into our shape quick enough.

Set Pieces – yes, I am a Rory Delap fan. Taking the Pulis method of his long-throws into the box my set pieces are setup exactly in this way – it’s wonderful viewing when it comes off!

And much like both supreme bosses, our distribution from our goalkeeper will be right onto our Target Man’s head. Slowing the tempo down to help our side re-organise themselves from pressure we’ll likely have placed on our defensive line in this system is used, in addition to trying to win free-kicks as much as possible. Frustrating the opponents and time wasting are also important aspects in making this system work. We don’t want other teams getting into a rhythm against us.

Our width will fall under the standard category – we aren’t being ultra defensive so there’s no need to go narrow and this mentality will naturally be set to be more solid and compact compared to the higher mentalities.

And although our team will be set to stand-off more often within this cautious mentality, I will want our side to get stuck into the opposition when going into the challenges.

Here are a couple of Pleasing Clips, and a glance of the sort of football you'll be watching:

-To promote a solid defence, all opposing wide players are to show their feet to the touchline in order to bring greater compactness to our defensive structure.

There’s nothing finer than making a board eat their words. Yes they may want attacking football, but can you argue when you’re achieving success?

That was the case when managing in Finland. The system won the title with Helsinki by a comfortable 10 points in the end. Okay not all games were comfortable viewing, but it’s about getting the job done right?

This screenshot really pleases me: Trying my luck in South Africa, we also had success with Sundown. Again a talented squad, but they adjusted well to my methods and we won the league scoring the most and conceding the least. 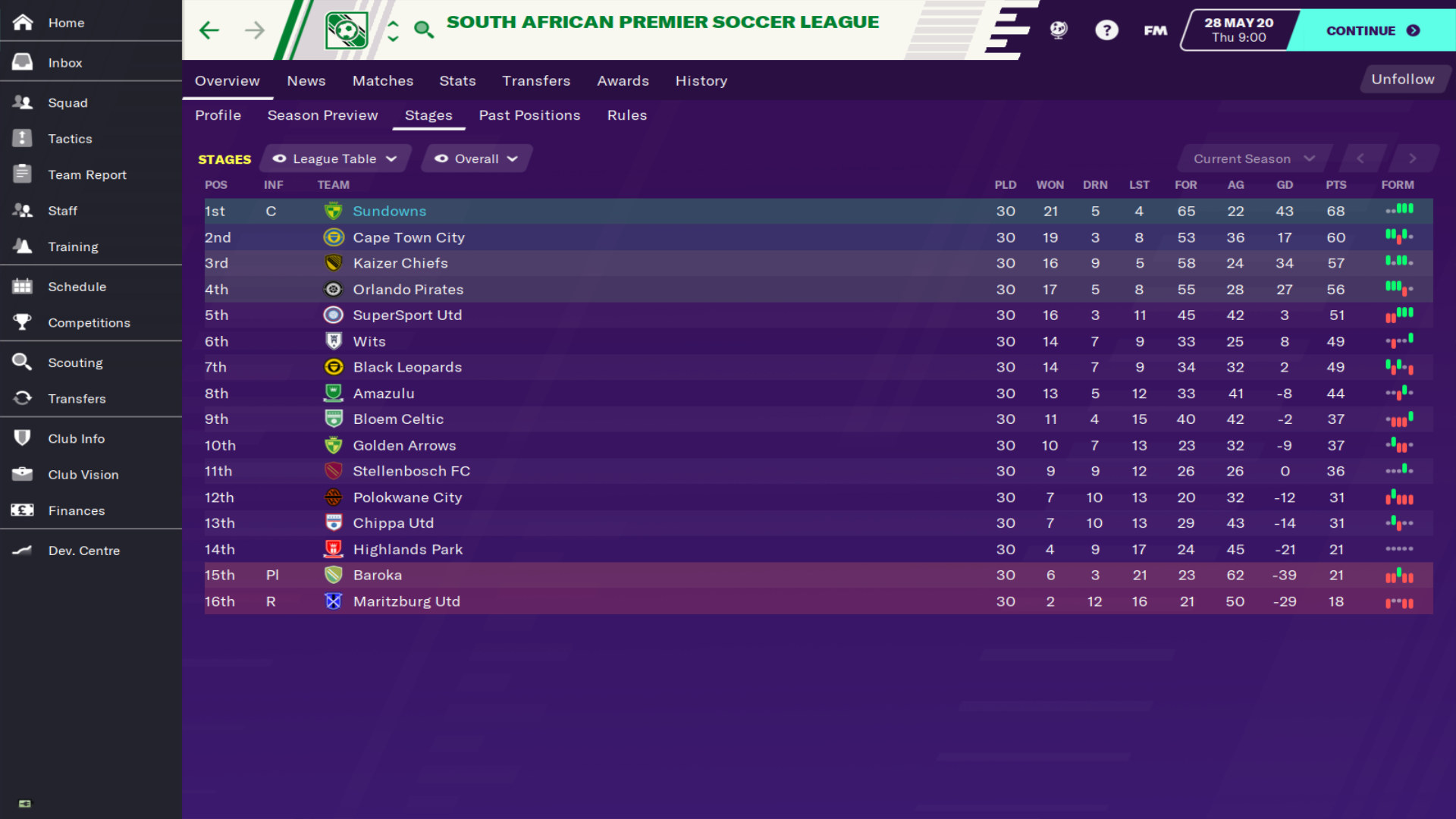 This is definitely a system for the lower leagues or those where there’s not a lot of quality players on show. It’s about grinding out the results, using a useless lump of a forward up top but having someone who can put the ball into the back of the net.

It would be nice to know how well it fares in a highly competitive English lower league. I chose to test it at sides that should be able to win their leagues playing good football rather than a negative one.

Nevertheless based on the successes I believe it should give decent results providing you have a forward pairing for the system with pace down the flanks and a hard working side.

So if you’ve got a useless squad that don't know how to play football and want to go back to basics – or simply appreciate like I do the dark arts of the Long Ball, then you should hopefully enjoy watching this tactic @ work.