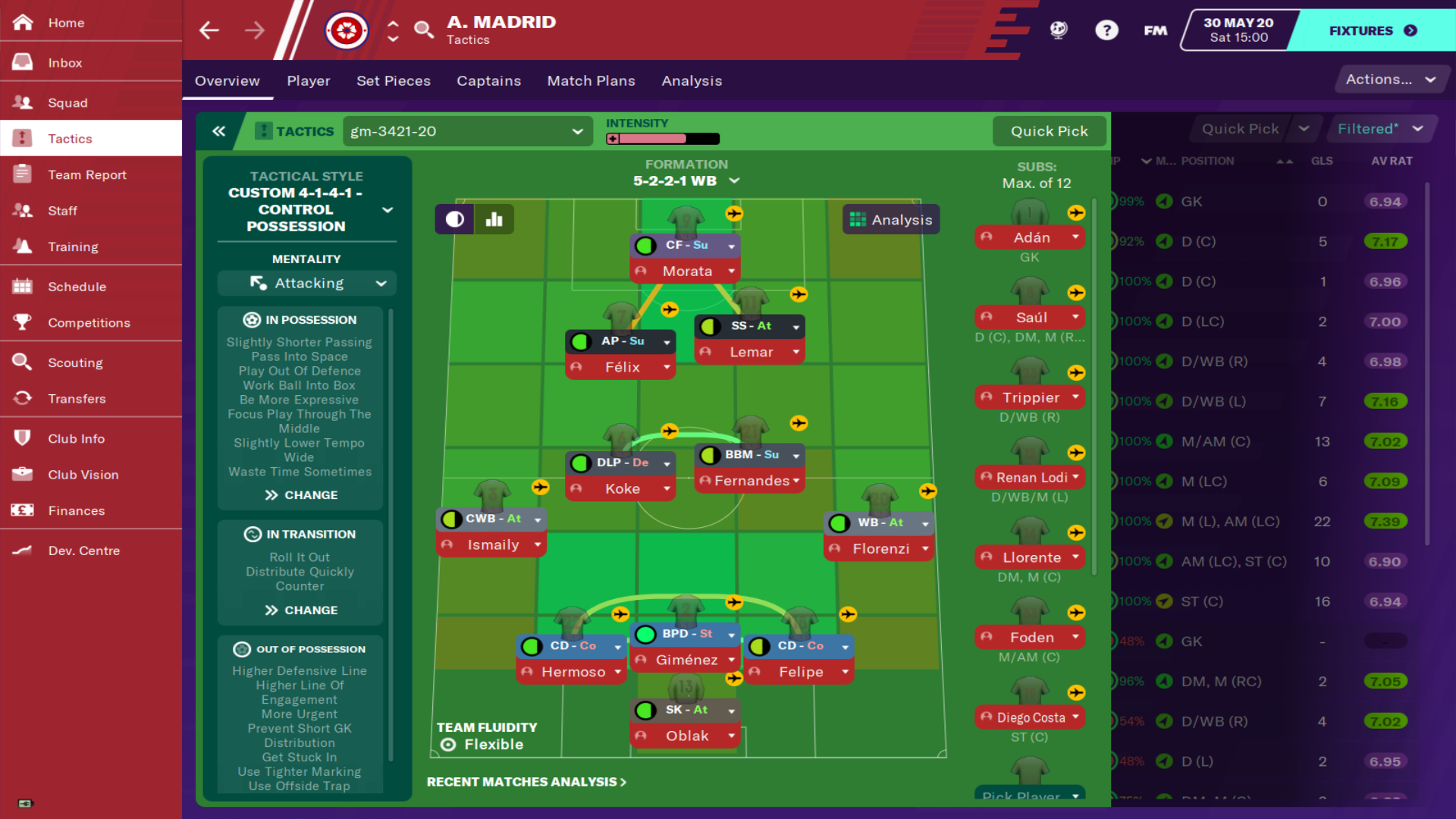 Being an oldskool football fan, my 3421 system is based on three quality players from back in the day.

Ronaldo, Ronaldinho, and Rivaldo took the Brazilians to a 2002 World Cup victory against the Germans. Ronaldo the complete forward, Ronaldinho the playmaker and Rivaldo the second striker – with my three roles forming these in the tip of my formation.

Then there is the holding / creative midfielder with his partner making the offensive forward runs – with two wing-backs bombing on down the sides. (One on complete with the other having a little less freedom to balance our attacking mid / striker roles).

Now for the back-line. Rather than utilising a Libero, with the modern game based on greater pressing and a Sweeper Keeper I have gone with a Stopper Cover Combo with a Ball Playing Defender taking the role of the Libero.

The system plays using an offensive mentality with a higher line and loe. A shorter and patient passing game is promoted overall. And with having a solid back-line of three, counter-attacking gives us a secondary form of offense. 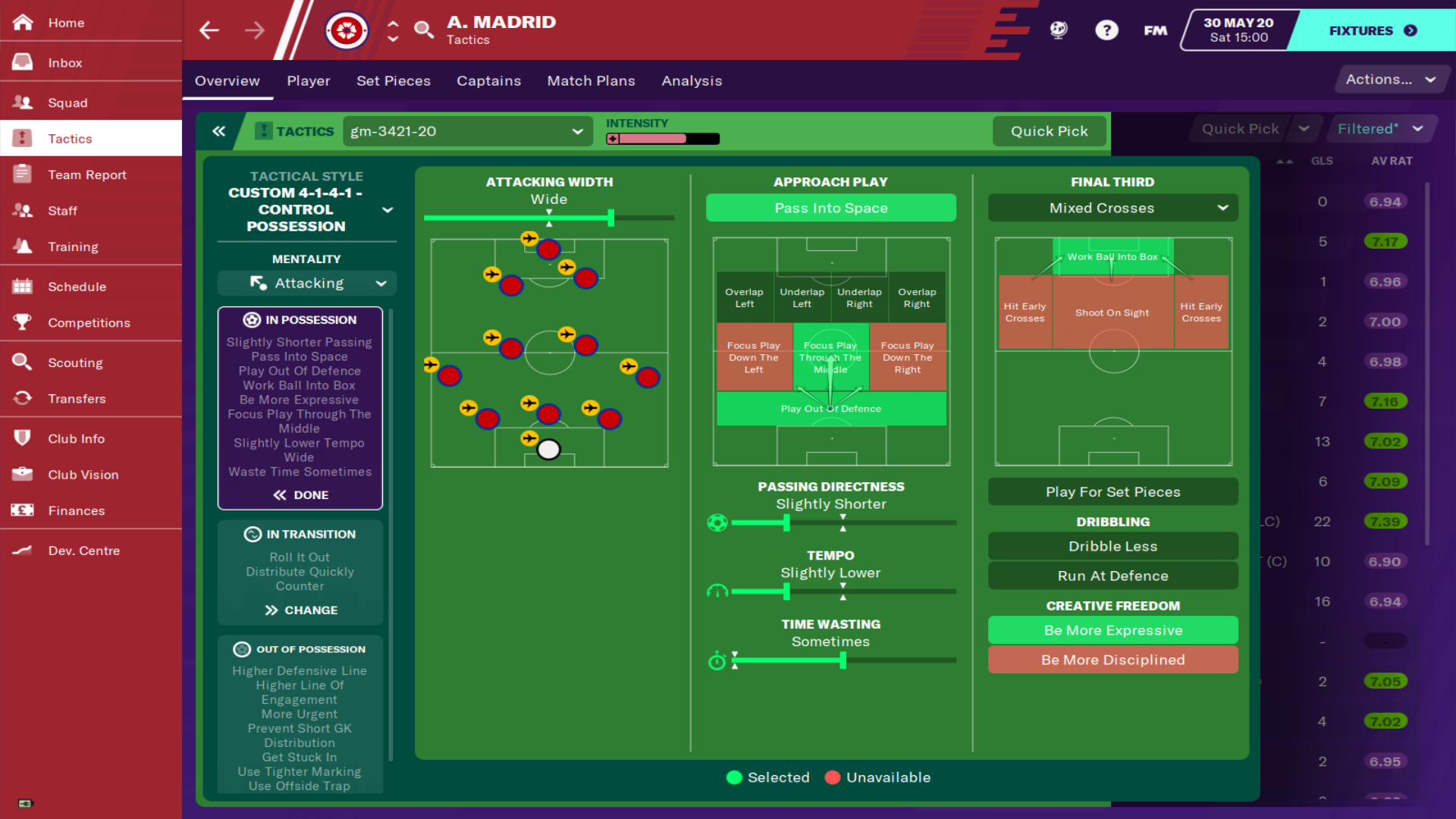 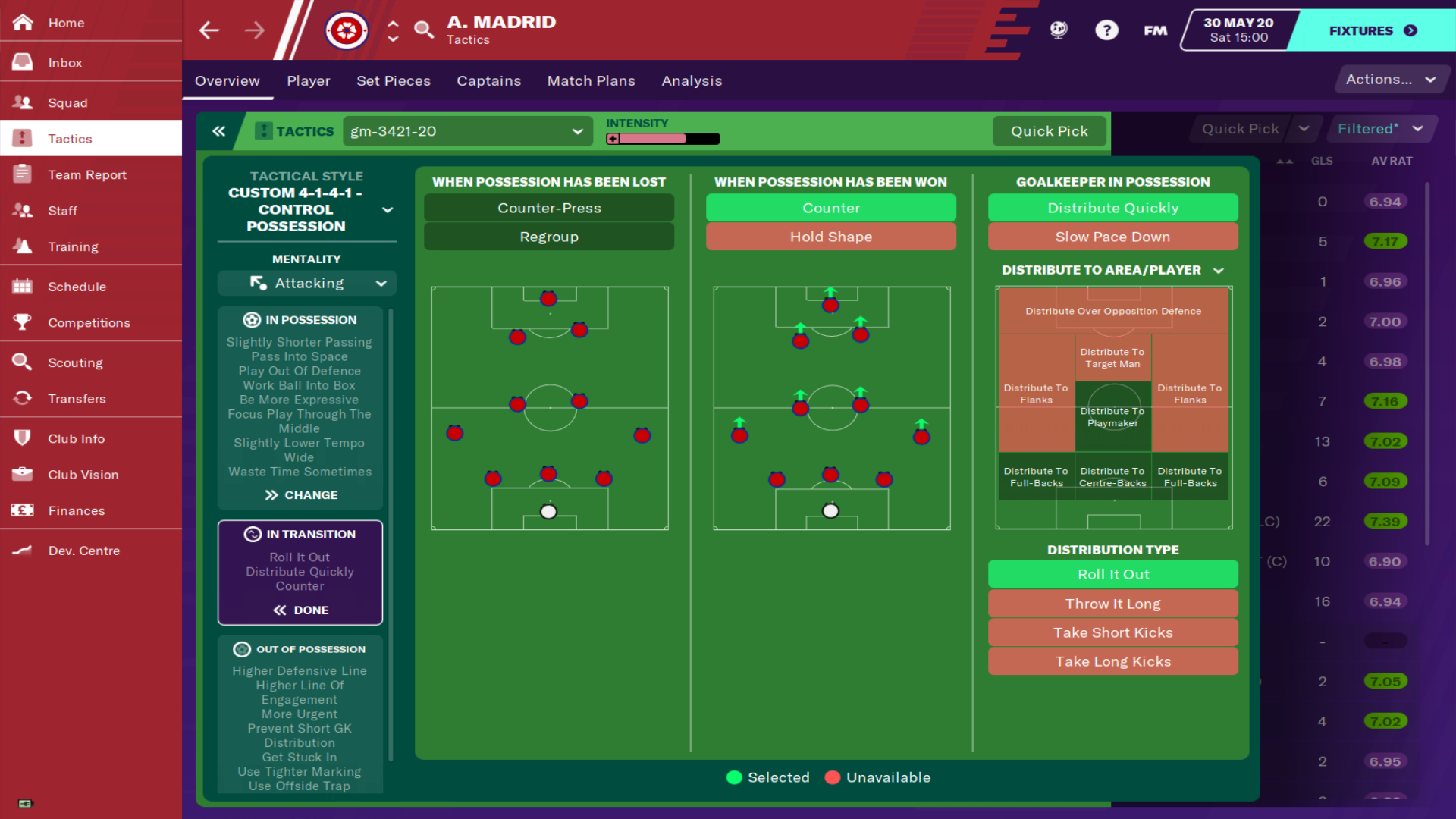 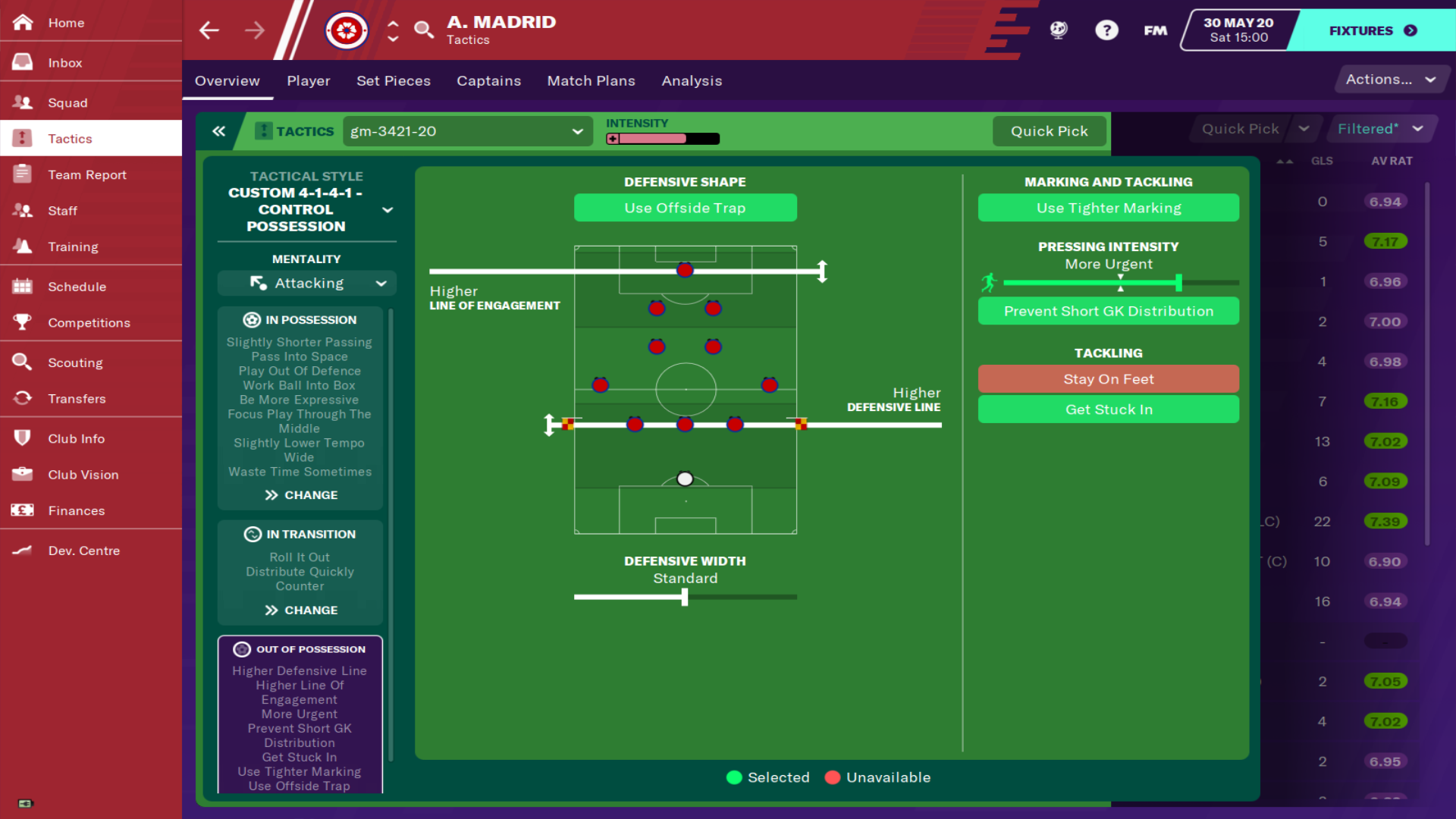 I liked a lot of Athletic Madrid’s midfield at the start of the game along with their central defenders. Given this is a Brazilian based winning system with a shorter passing game and creativity in the attacking third of the pitch, Spain seemed the best destination to test this out.

I did however need to sort out my flank players, so a bit of wheeling and dealing saw me improve the squad as a whole to suit this formation we’d be playing.

We took a little while to get going, probably due to all the transfers etc. Probably why we had a dreadful ECL group phase and ended up in the Europa League.

However that aside, we ended up winning La Liga with a 94 points total, enjoying a double over our derby rivals Real. We scored 66 goals and conceded 19, losing just the two games all season.

We had the third best overall goal difference behind you know who - but our consistency took us home which included a 24 match unbeaten run. Real were second on 87 points, a gap of 7.

We also won the Spanish Cup beating Barca in the final, and the treble was completed swooping up the Europa League against Wolves. 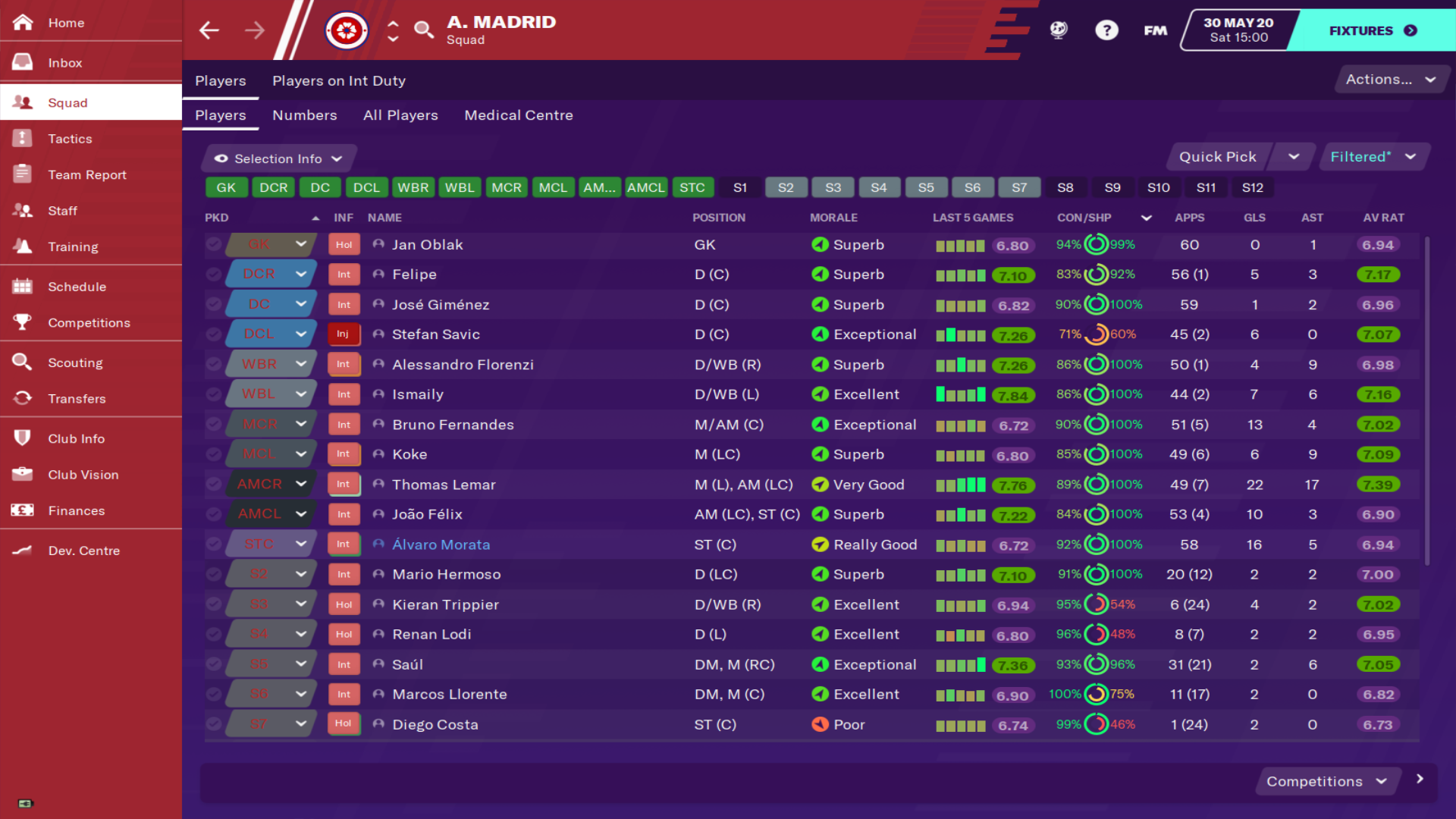 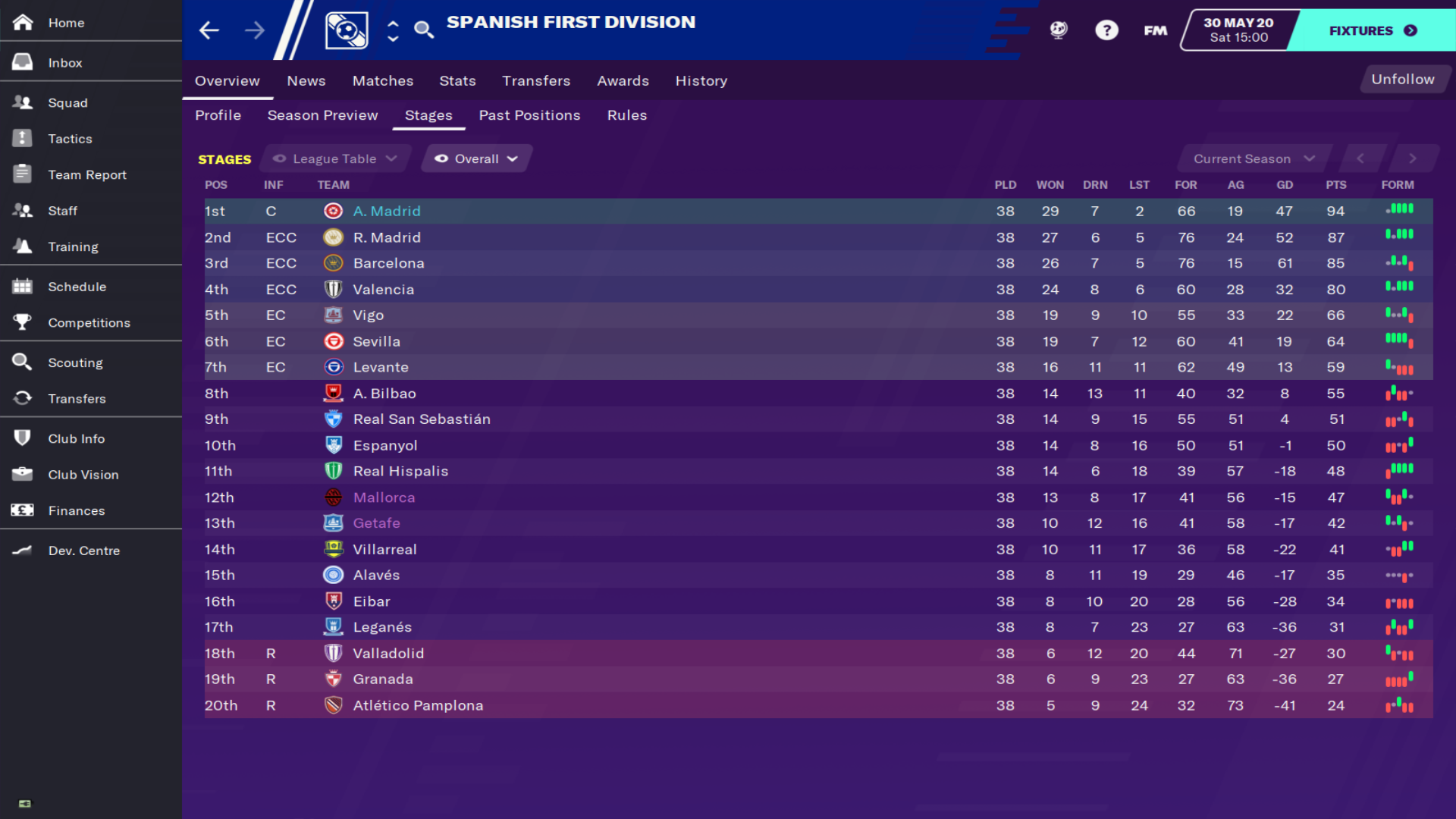 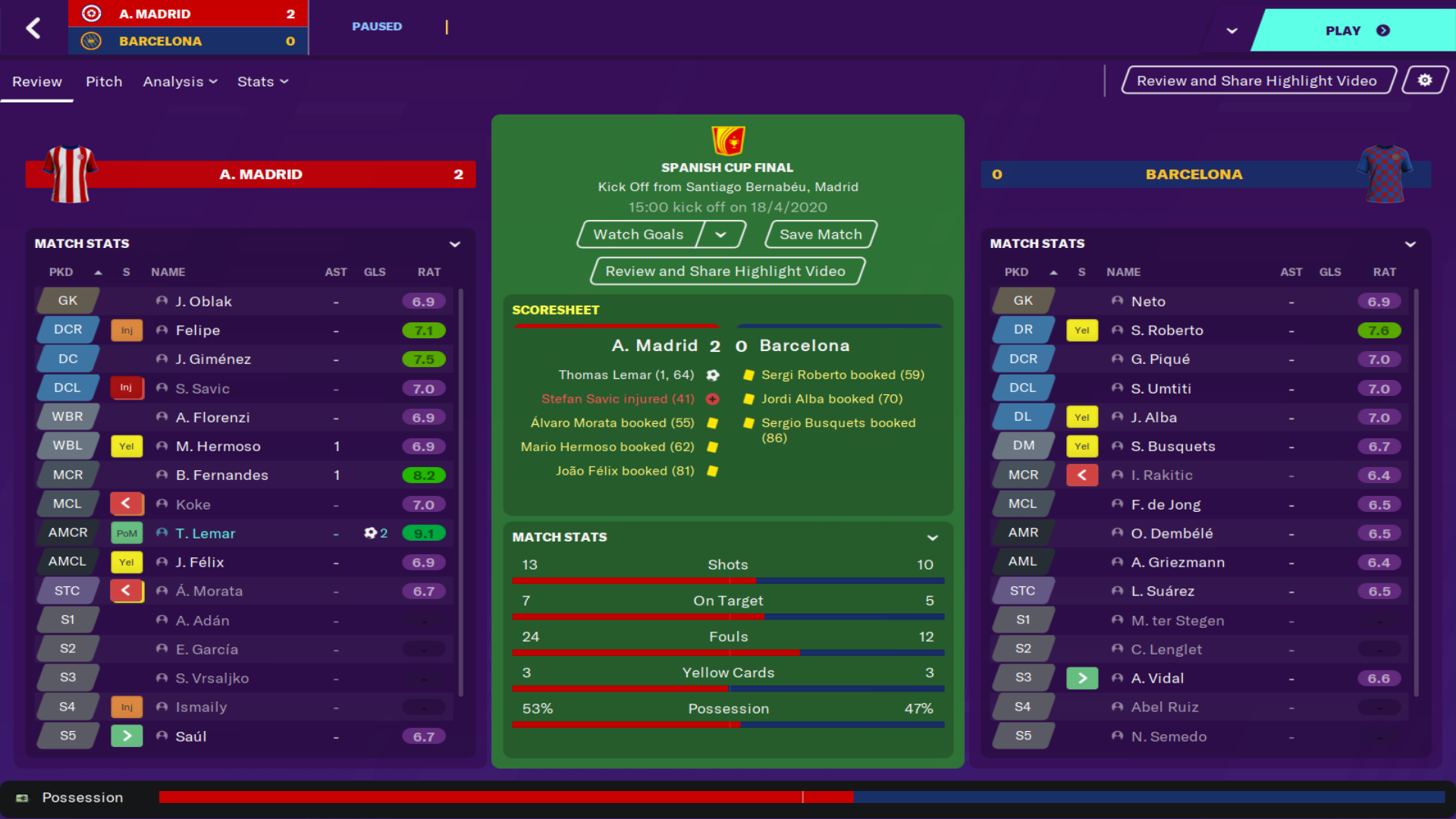 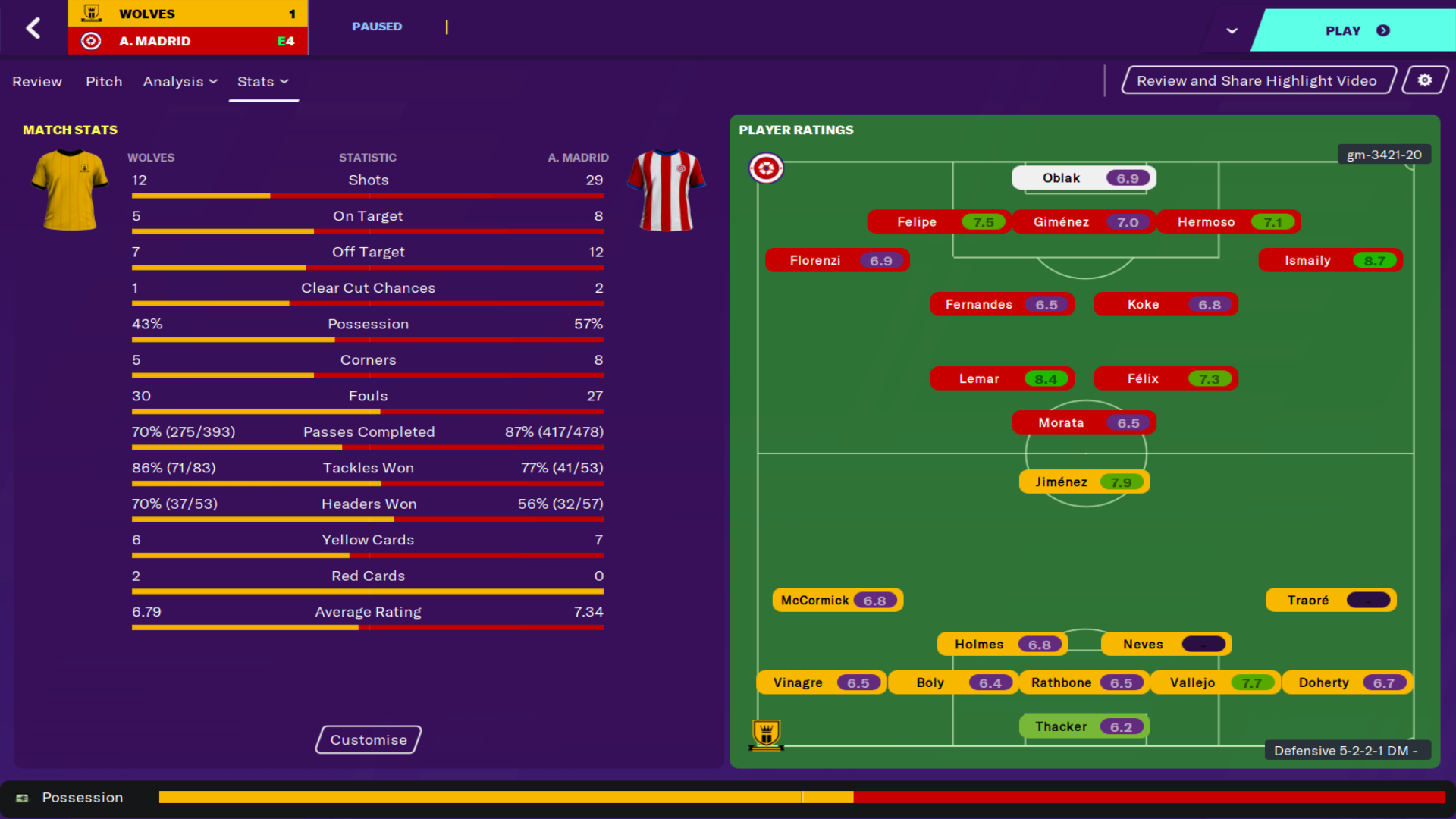 Compared to my 361/541 of trying to stop our opponents playing, this is the complete opposite in approach - although you could consider this my offensive styled 361/541.

However still keeping the 3 centre-backs at the back has made this system solid, good on the eye when we’re in control of the game, but also with the ability to grind out results with having 5 at the back.

I was quite surprised we were able to take the league, especially with Morata and Costa as my strikers. Both are well passed their best, and it shows with Morata scoring just 16 goals in 58 games.

Fortunately I had Lemar in my ranks along with being a dead ball specialist – by far our best player of the season.

Anyhow, if you like the stylish and elegant Brazilian game along with the stars of a couple of decades ago, this system is designed to slightly update the style to be more suited to the modern day and is a great alternative to the more popular 3 centre-back systems about.