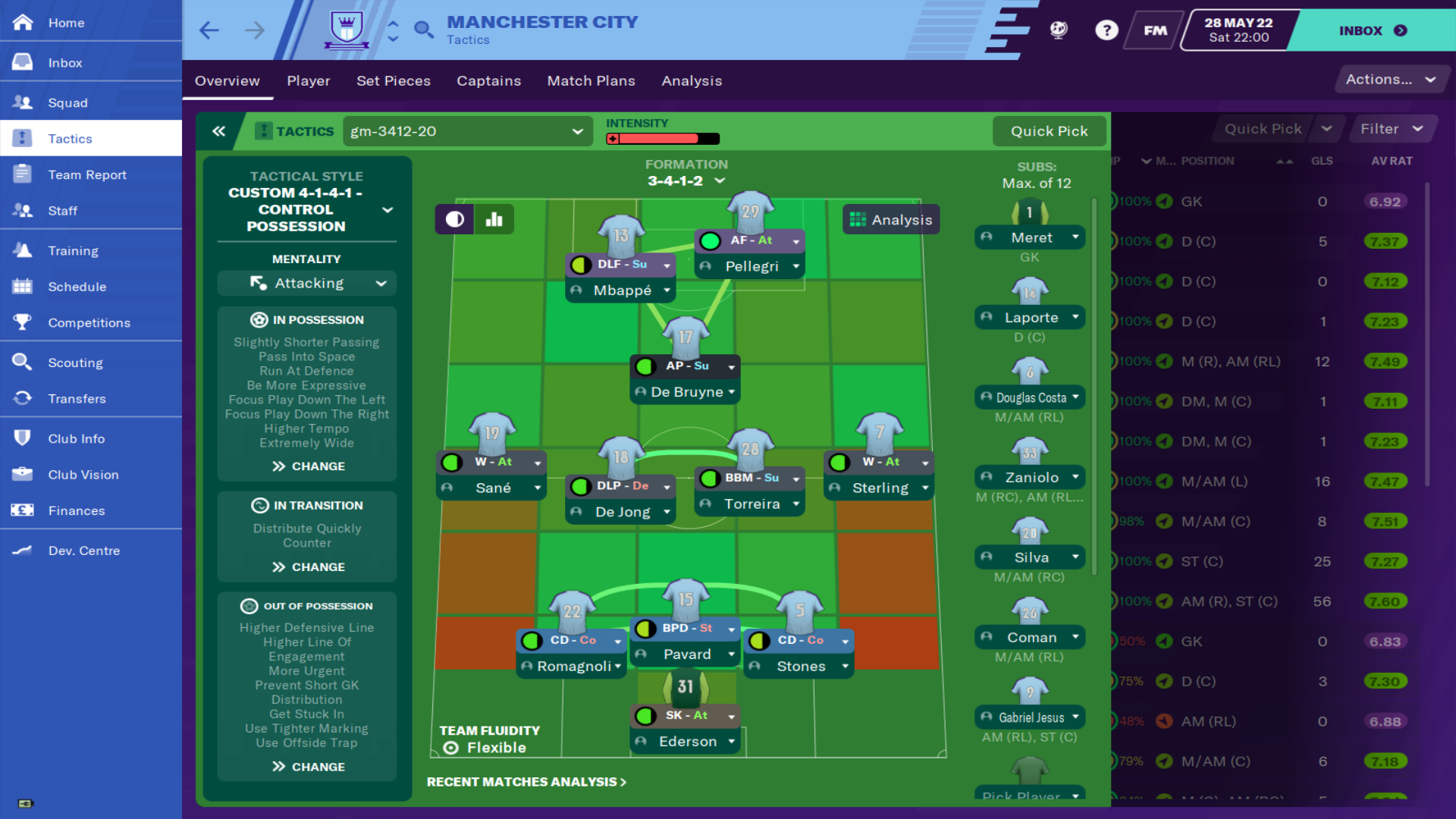 Yes, you have seen the word exciting in the same sentence as Louis Van Gaal. Renowned for his high possession but pedestrian football that frustrated many United fans, this system is an attempt to make an exciting variant of his favoured formation.

But not just changing to a higher tempo game – I’ve decided to go completely without full-backs! So undoubtedly this system is designed for the better sides that have some excellent quick centre-backs and a solid keeper between the sticks.

Much like my 433, this is based on using a deep and advanced playmaker in an attempt to control the football well. However here I’ve used an Advanced Playmaker on support rather than on attack, as I want him to be a constant menace behind the strikers and dictate the game in this third of the pitch and staying in the hole for the majority of the time.

With this tactic you’ll get to watch pure offensive football utilising pace down the flanks, a willingness to counter, whilst having the ability to pass through the opponents through some patient short passing and creativity on offer. I think you’ll enjoy viewing the football your team will produce in this one.

**Note** I fell onto this final system after 21 games in the league where I was on 43 points and 4 points behind the leaders at the time. It was after these changes the system really kicked into gear.

We ended up winning the title by 5 points in the end. Ended up on 88 points, with 45 points coming in the final 17 games since my changes.

We then went onto beat Liverpool in the FA cup final 2-1, and afterwards battered Juventus in the ECL final 4-0. Both games we were the better side and fully deserved the win.

My one game result worth a mention was the 11-1 drubbing against West Brom. So this very offensive formation will certainly be a challenge for those teams that love to park the bus. 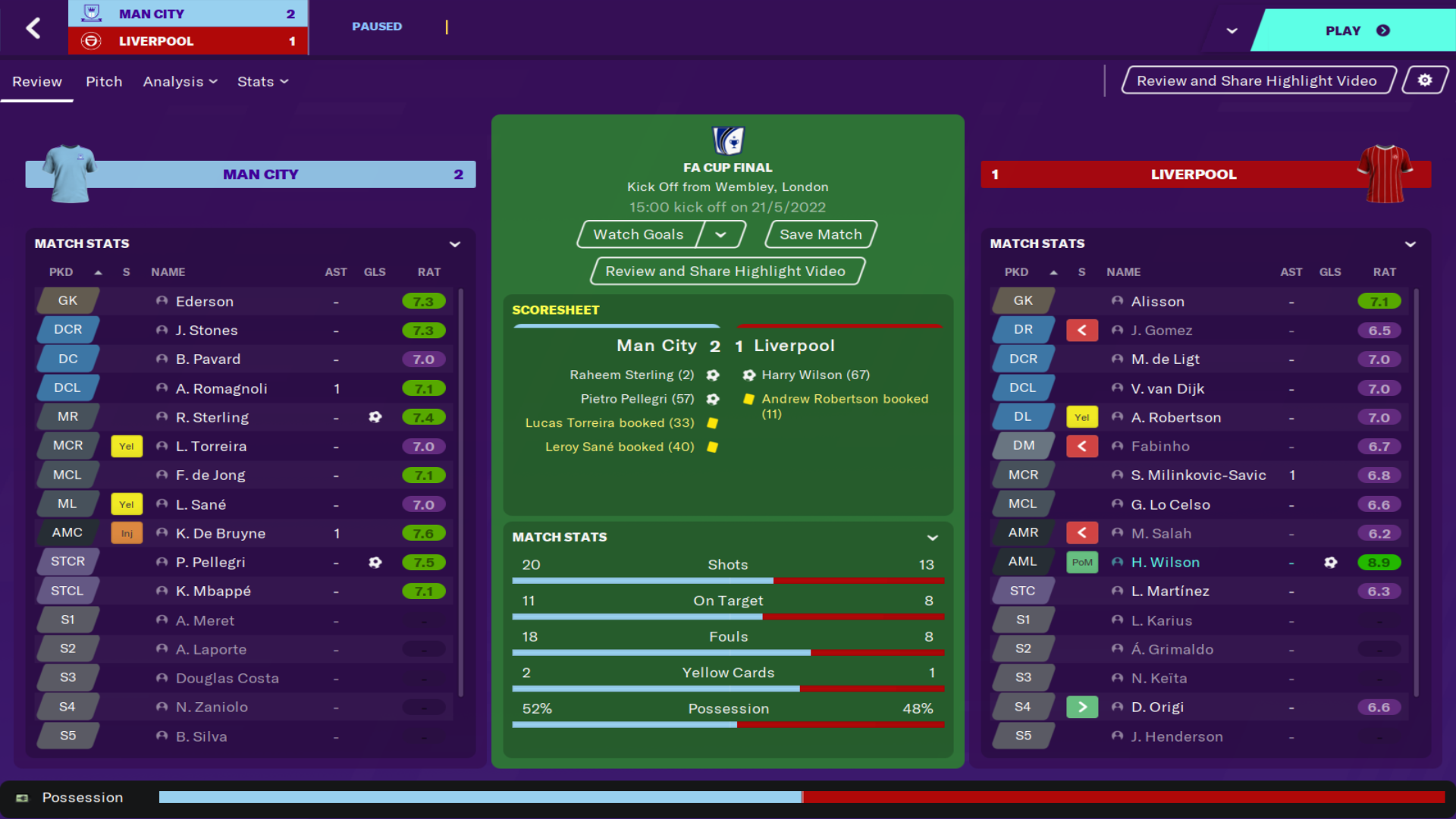 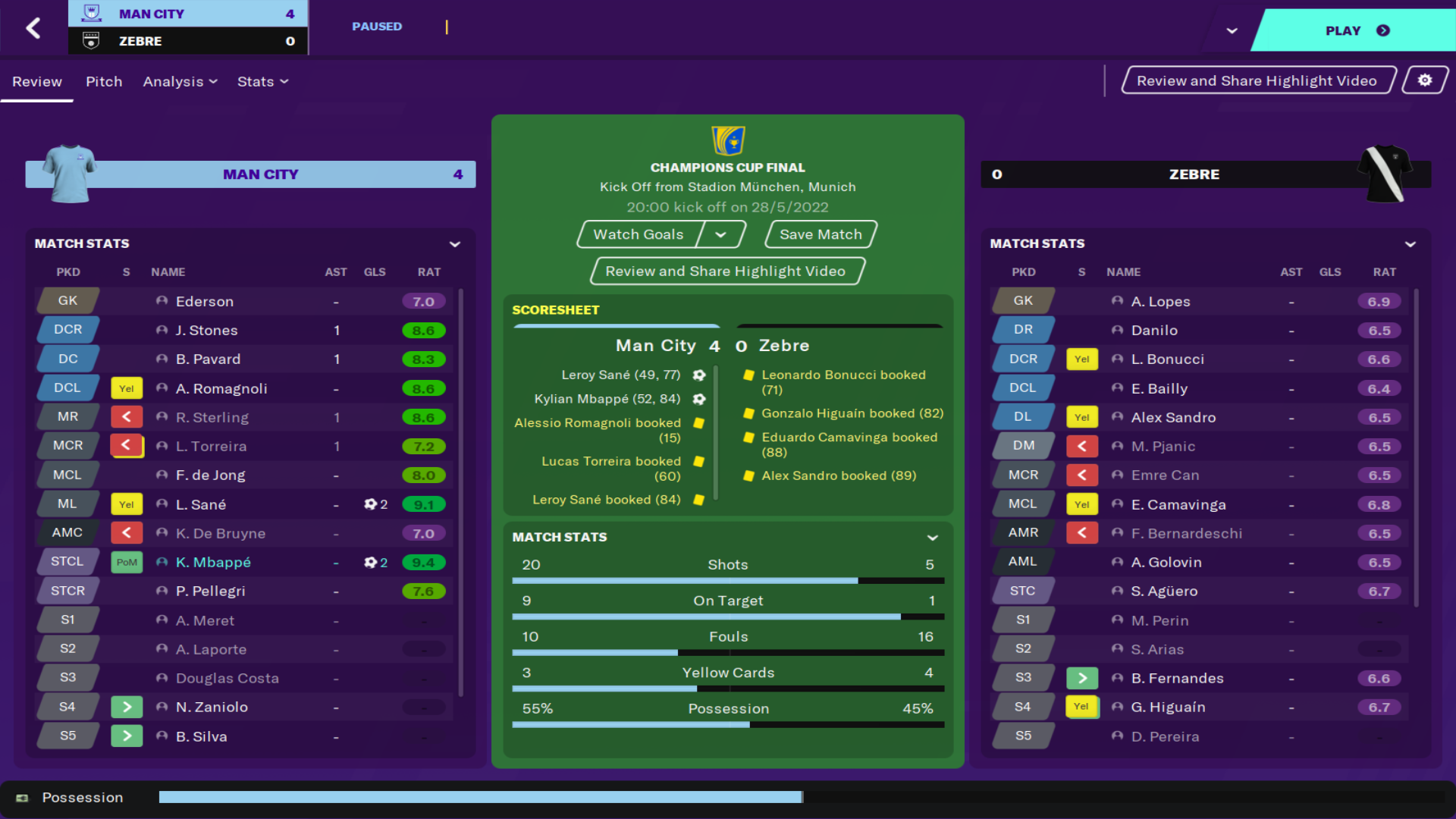 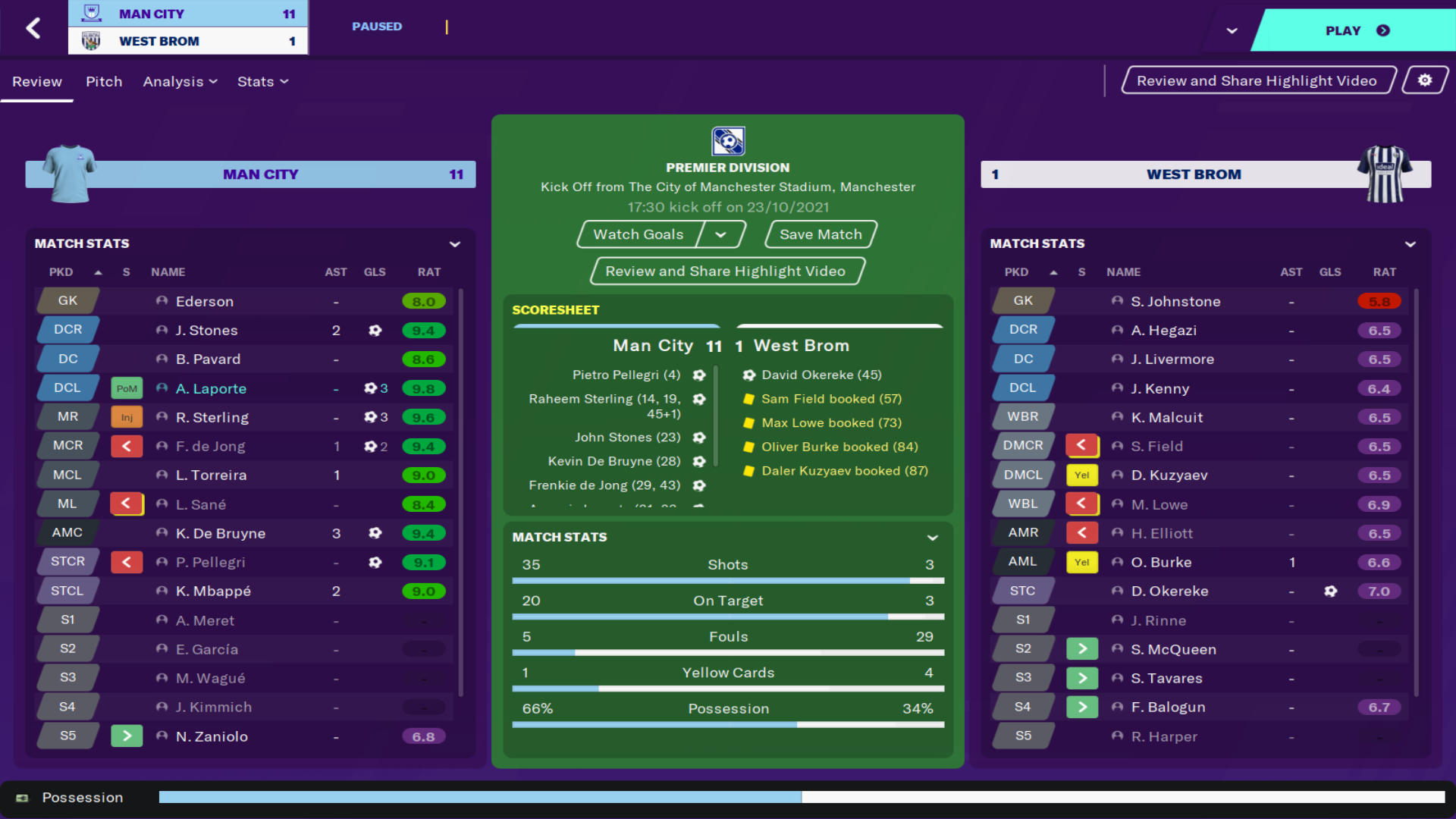 I really like the football on offer for viewing in this system. I do actually like the way Van Gaal does try to play his football, in the sense he likes a more fluid game. But instead of him using wing-backs, this uses wingers.

This 3412 also has an excellent natural shape to make easy short passes and keep possession of the football, with triangles easily formed all over the pitch.

If goals, good and exciting football is what you want your team to produce and to watch, this should deliver well with a capable squad.
Reactions: bonio782 and Danwolf