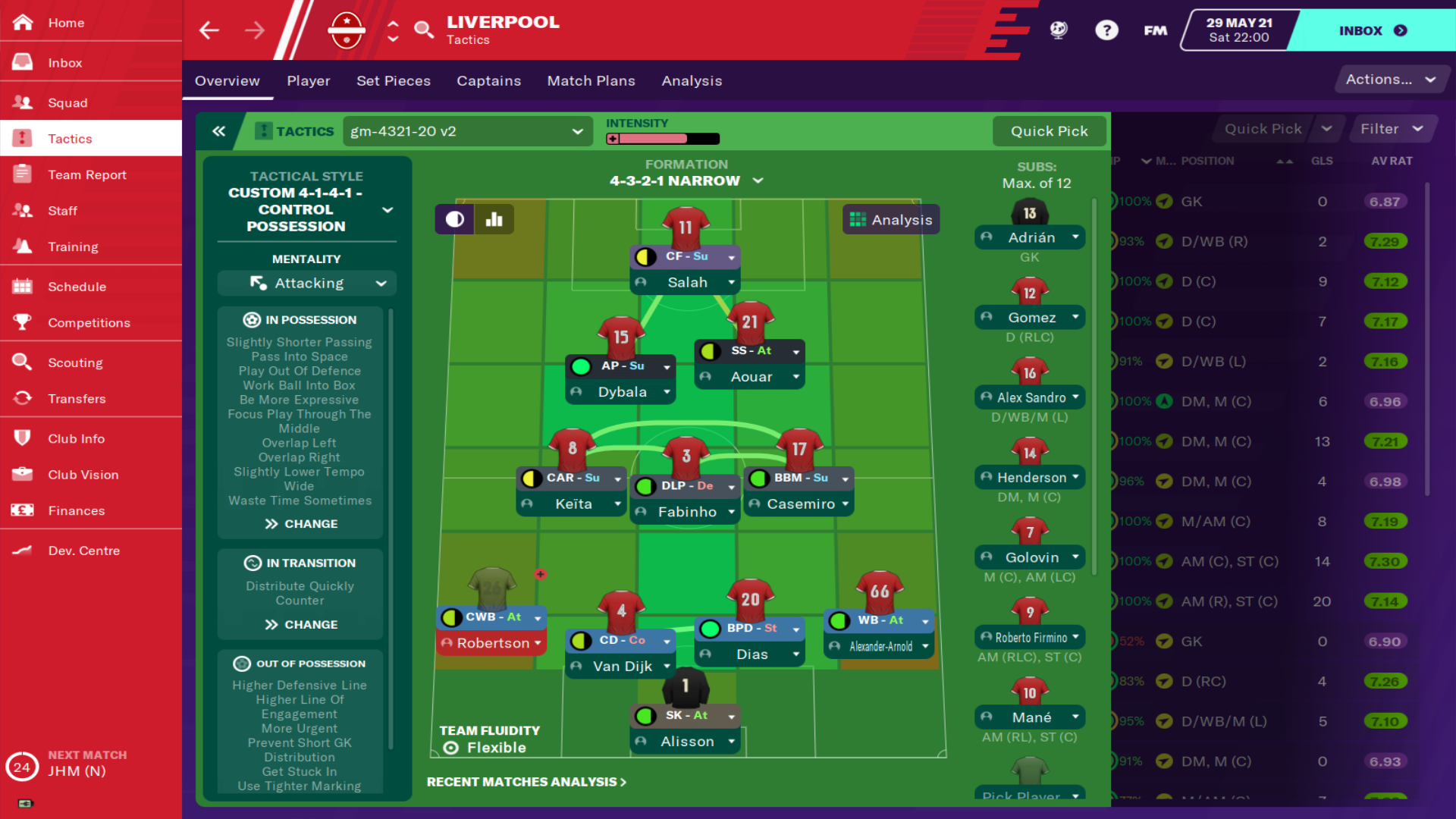 Following on from my diamond, my other favourite wingless formation is based on Ancelotti’s AC Milan side that starred Kaka in his prime.

Playing in the shadow striker role, he was a constant menace running at the defence, working the flanks and creating and scoring freely in behind the striker.

Compared to the diamond, with only one striker up front this system naturally has a little more possession and patience within the build up – but still deadly on the counter-attack with Pirlo playing balls from deep, and in which Kaka was so dangerous using his pace and dribbling ability running into the free spaces.

It plays very similar to my 4312 diamond. Frequent counter-attacking with a slow tempo / high line and loe, passing into space. All players are of a hard working nature with 11 unique roles featured in the system.

The roles do though differ. Up front is a Complete Forward Support, one who can link the play, create, score goals and hold up the ball. The other change is using a box to box midfielder rather than a Ball Winner.

With the Shadow Striker frequently moving into and working the flanks, with more possession having a box to box player to exploit the space created through the middle with greater regularity was my plan. 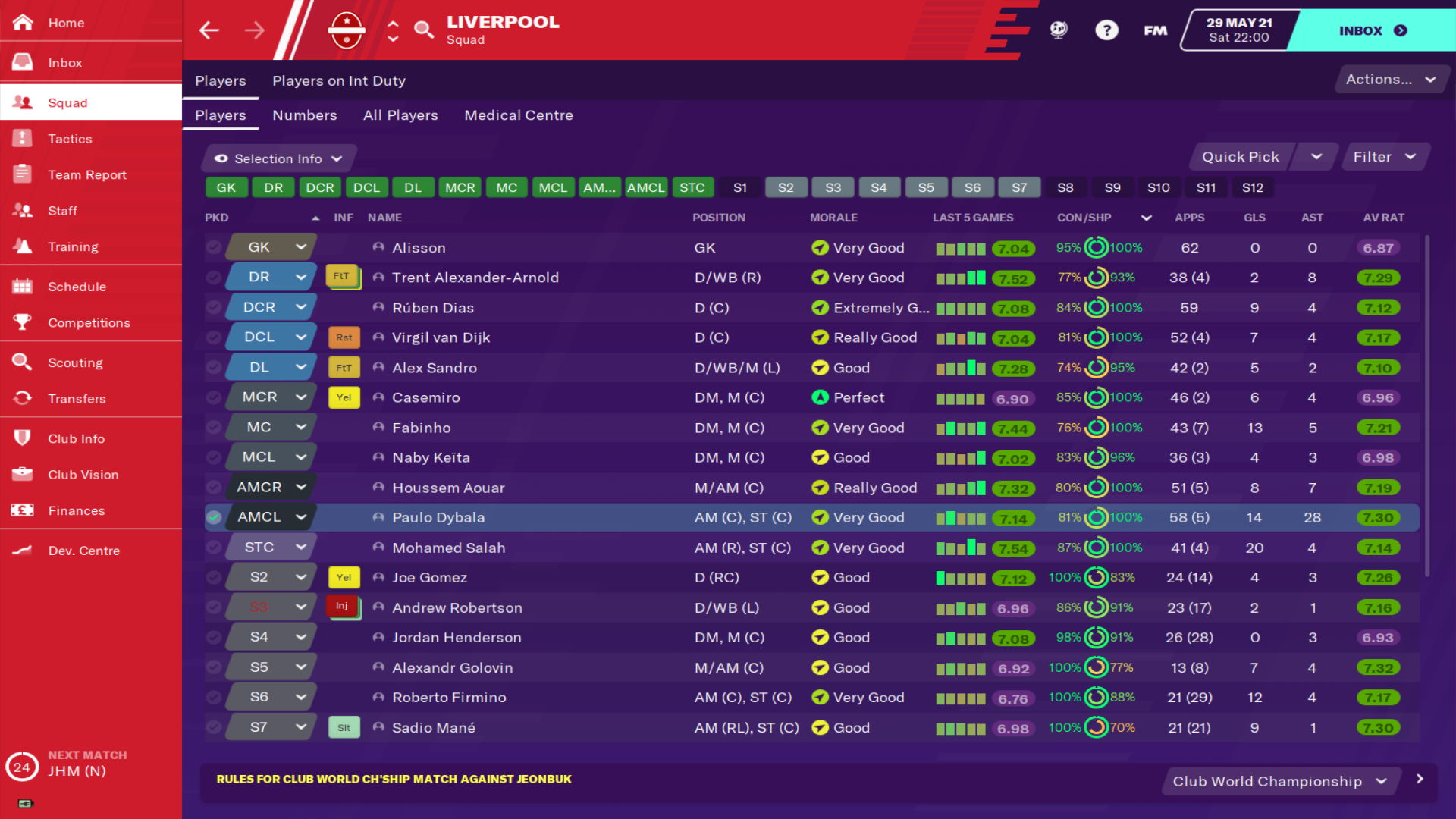 I played on after my diamond season with Liverpool tweaking the squad to accommodate the changes.

The diamond was frequently exposed due to the nature of the Premier league parking the bus and having quick pace down the flanks exploiting the wing-backs on the counter.

With this 4321, although the same problem will occur, by having an extra man in midfield resulting in greater periods of possession whilst being harder to play through I hoped would mean this may fare better defensively and be more solid.

Of course the offense would likely suffer as a result, but as with Italian styled football as long as you have match winners in the final third of the pitch, you should do enough to nick enough wins. 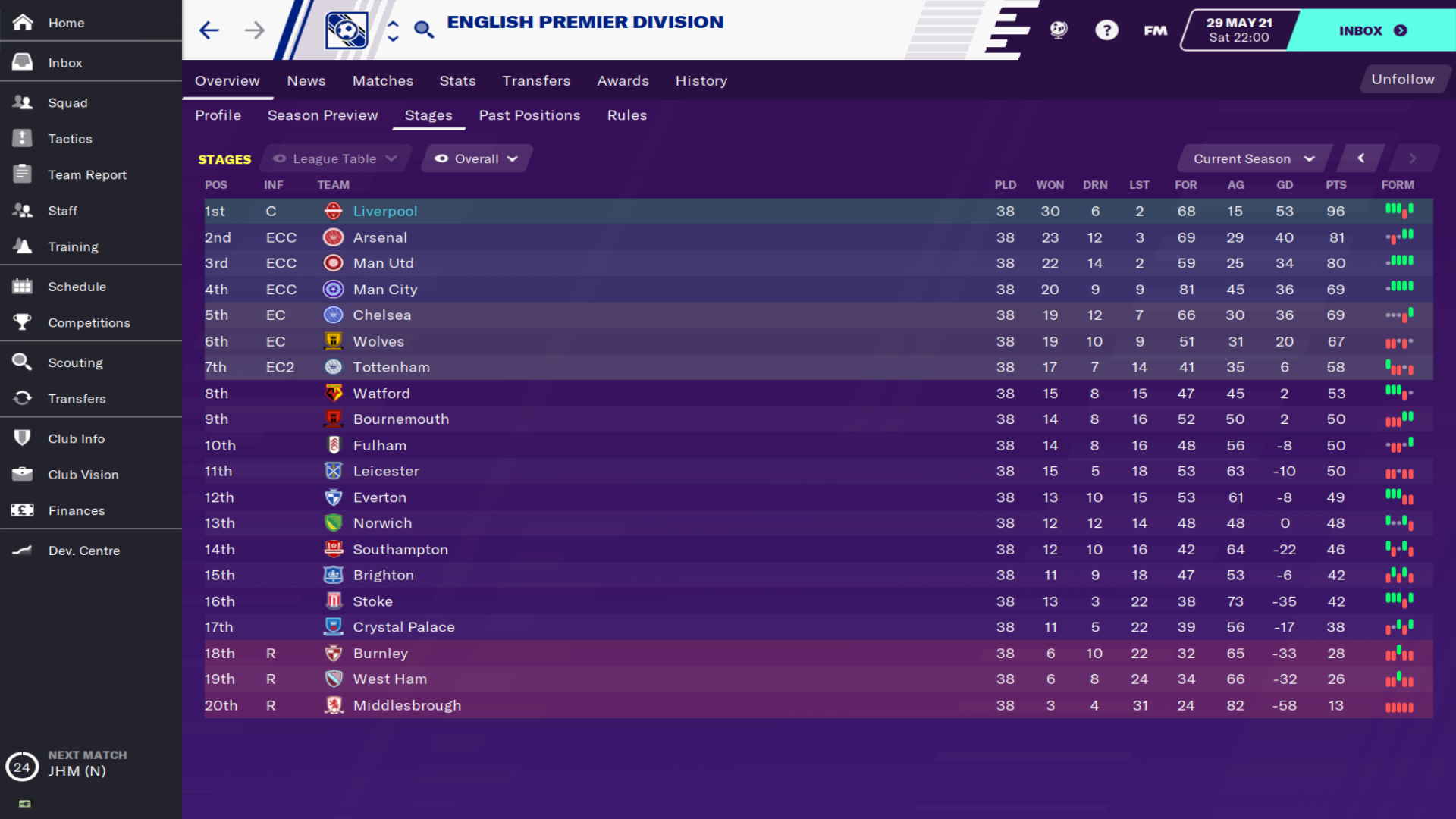 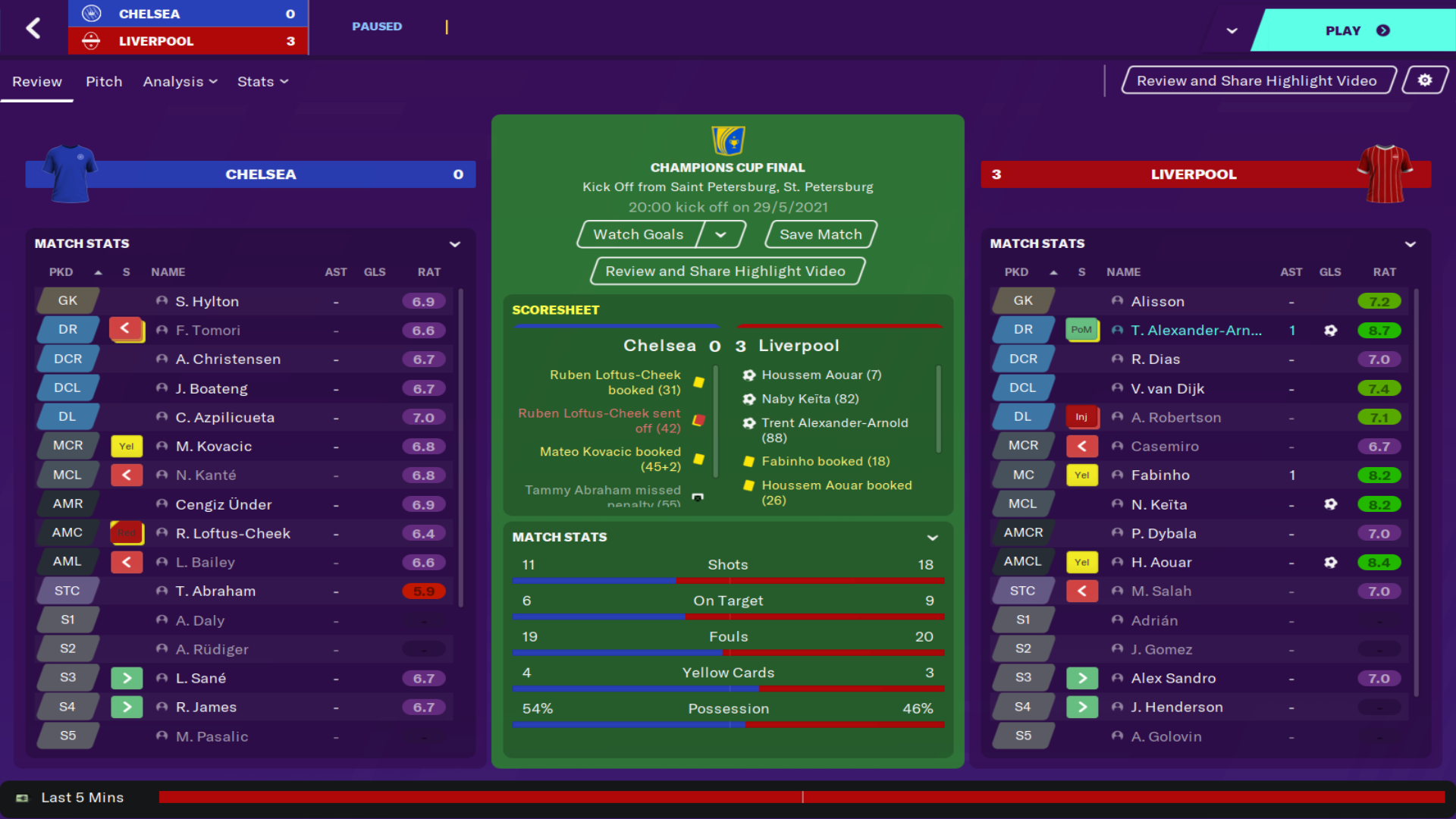 And the results were pretty good, ultimately another weak wingless system capable of winning the Premiership.

We secured 96 points losing only 2 games in the league. We scored just the 68 goals – but only conceded 15. This made us quite tough to beat, and led us to Carabao Cup success and Champions League as well. And Dybala in the SS role was the man who again starred for us (was on AP-S on screenie only for set piece purposes ).

Like the diamond, it’s tough to find players of sufficient quality to make the system excel. Luckily I had Alex Sandro and Trent Arnold as my wing-backs. Without quality in these positions it’s going to be hard to break teams down, and the number of goals scored even with them wasn’t heavy.

But the Italian way is to nick the wins and time-waste to keep any leading positions in-tact. And that’s what I’ve created here.

If you want to play the Italian / Milan Ancelotti way whilst watching some elegant and fluid passing moves on the football pitch, you should enjoy using this system.