Download
Overview Updates (1) History Discussion
EMULATING TOTAL FOOTBALL - based on Rinus Michels (4231 & 433)​
Here I am, back again to bring you two tactics! For those who doesn't remember me, I developed one of the most entertaining tactics on FM2014, known as "The Truly TIKI-TAKA - by kun".

Well, now due to covid-19 I had more time to dedicate myself to the game, and I decided to recreate the Rinus Michels ideas. To do so, I really made a huge research on videos, some e-books and other stuff in order to be the more realistic possible and obviously, trying to recreate what is possible in FM, as this is "just" a video game.

Before talking a bit about the tactic, just clarifying already that I don't know if there is any thread already about Rinus Michels or Total Football. If it is, I just apologize. I just want to let you know my results and if you want, please try it out and let me know.

THE TACTICS (4231 and 433)
Just a brief explanation. Firstly, I created the 4231 (similar to the UCL semi-finalist Ajax side) but when I saw the goods results I had on Athletic Club (Bilbao) 1st season, then I decided to replicate it to a 433, as I wanted to give it a try on my main save, in AFC Wimbledon were I had a team builded for a 433. And what a surprise it was!! Won the UCL in my 1st appearance... without any loss! But we go there later...
SET PIECES: In any of these two tactics, on defensive set pieces (corners, free kicks and throw in), I just let that as default. Only made changes on Ofensive Throw In and Corners. Talking about that, in both tactics, it's recomended to use your inside forwards as corner kick takers, in order to not have your left or right back, for example taking the corner and let an open space for a counter.
POSSIBLE TWEAKS:
In most of Athletic games, I used the full-backs one slot forward (before the midfield line). That may be good to be more agressive and if you want your wing back to get tons of assists (and a few goals).
You are free to try any other tweaks to suits your team the best way possible.


***100% TIME SPENT ON HOLIDAY TESTS***
(Use the link before the team name. For example, #47 to be forwarded to SS of Harriers test)​
***TESTING AVAILABLE TACTICS***
(Here we can find human control tests on tactic already launched)​

***TESTING TWEAKS***​
4231 Tweaked tactic has been sent to several fm-base volunteers and as soon as we are going to receive their feedback, I'll add here theirs results. (This tactic is already launched, named as "4231_WB_Rinus Michels-Total Football_by kun"
Thanks to all of you!


HUMAN CONTROL - MAIN TACTIC TESTS
*******4231 (Tested on 1st season in Athletic Club)*******
Greatest Achievements
LA LIGA - 2nd place
Copa del Rey - 4th Round
European Competions - Athletic is not qualified in 1st season​
After my reasearch about Rinus Michels, Athletic Club just came to me mind to be the team were I would like to try this tactic. I didn't win the championship (on 1st season, Athletic doesn't play European Competions), nor the Domestic Cup, but the football played was really entertaining and get some magnificent results. It just do what I want this to do, me the most dangerous team, with more chances created, the team with most goals scored, etc).
In some of Athletic games, I used a Anchor man, mostly when we gonna face a good N10 player. When I did that, I dropped the defensive deeplying playmaker to defensive midfielder, and centralize the other deeplying playmaker. The midfield would be like a spine (DMC, MC and MOC). I'll not add any SS of players, as this is the 1st seasons and the players are default. But if you ask, I'll do it. 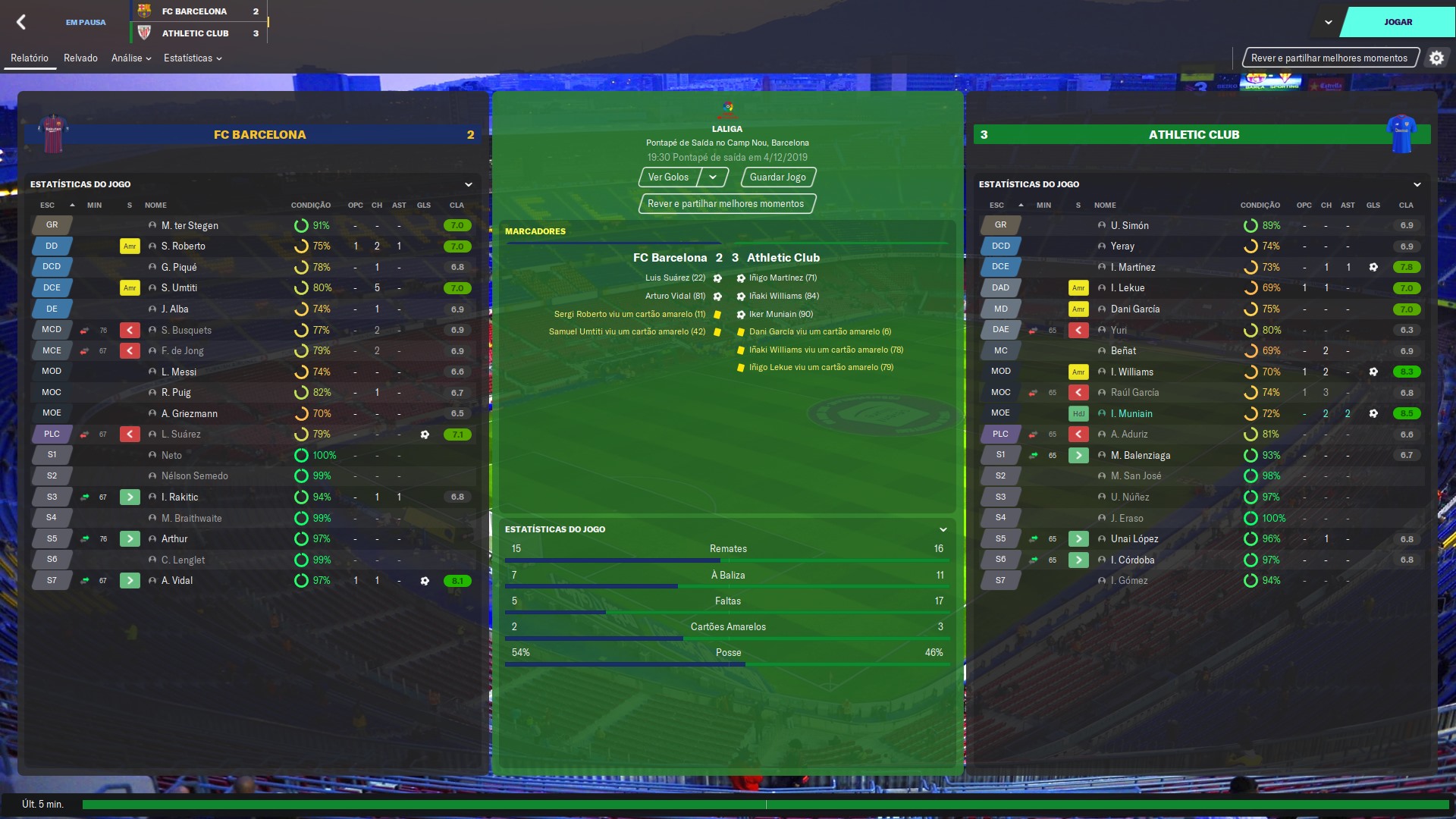 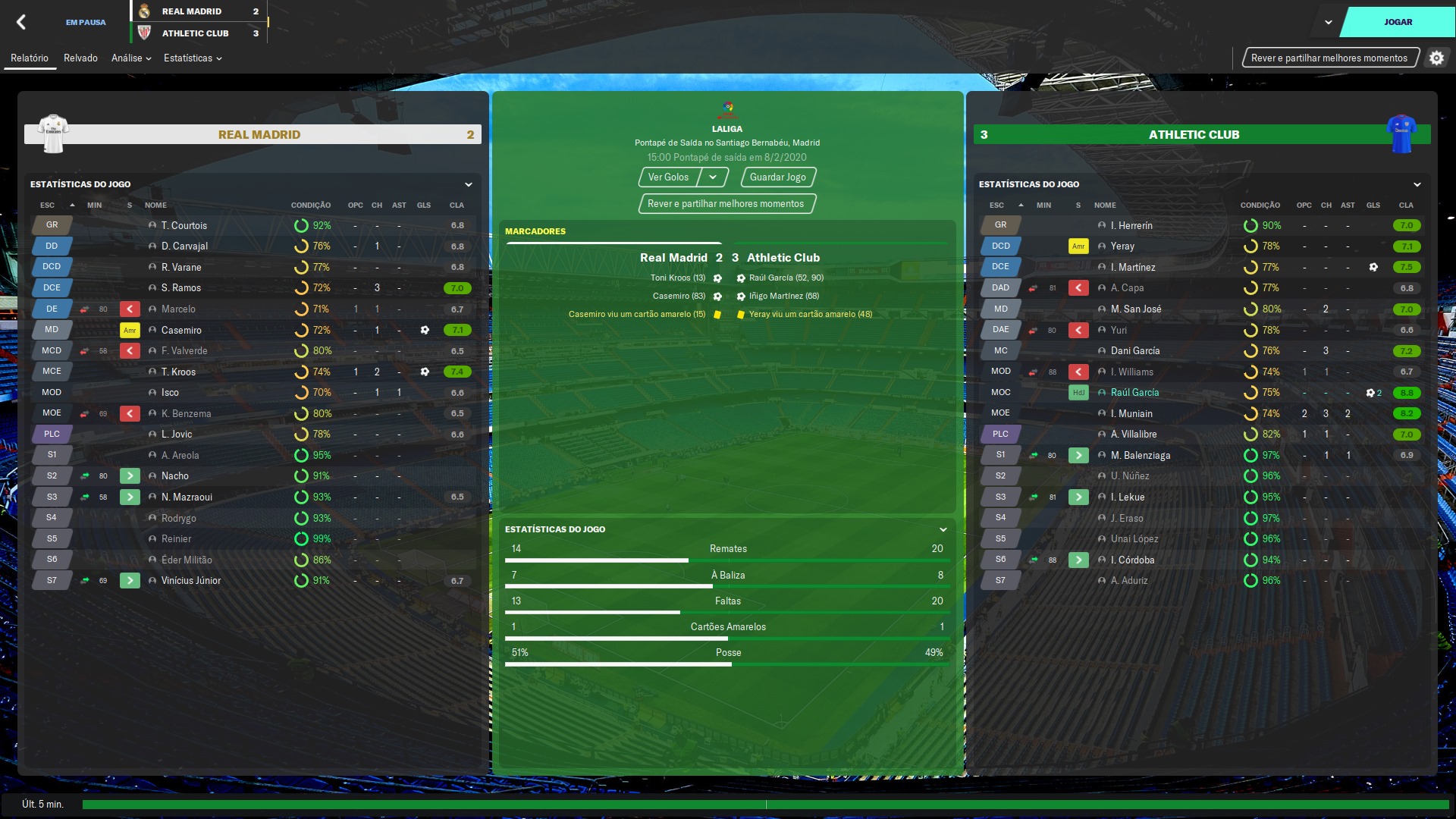 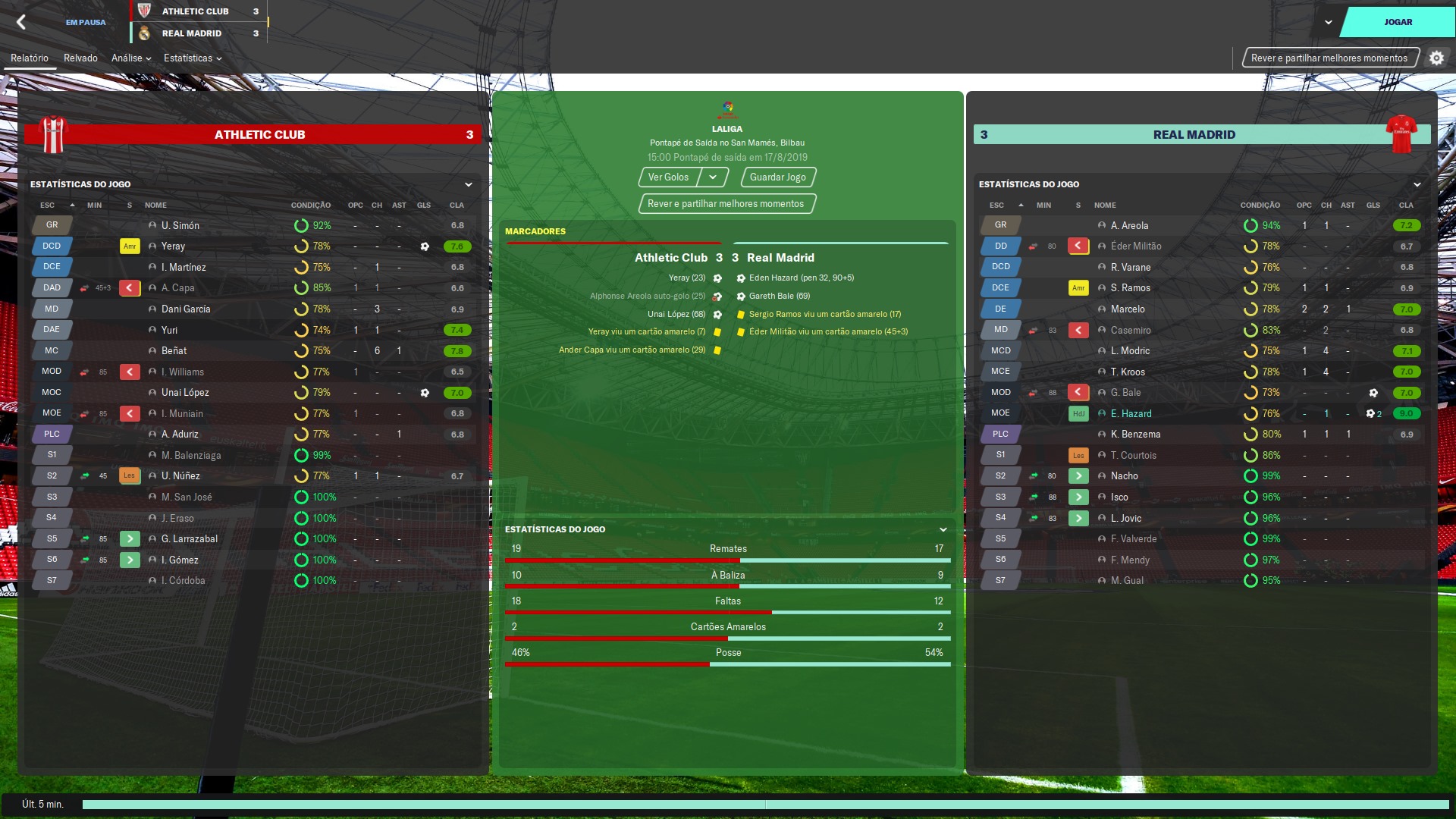 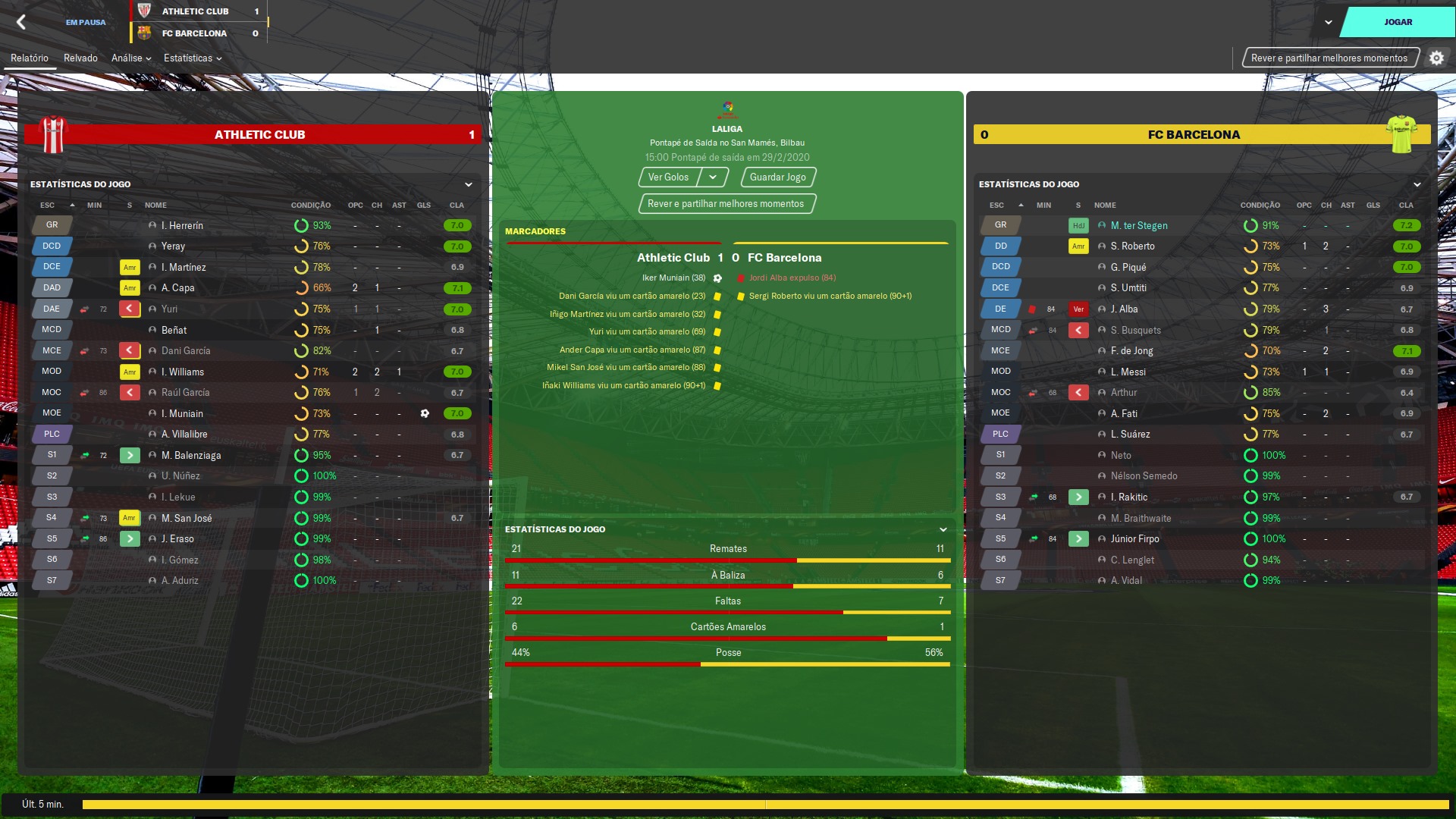 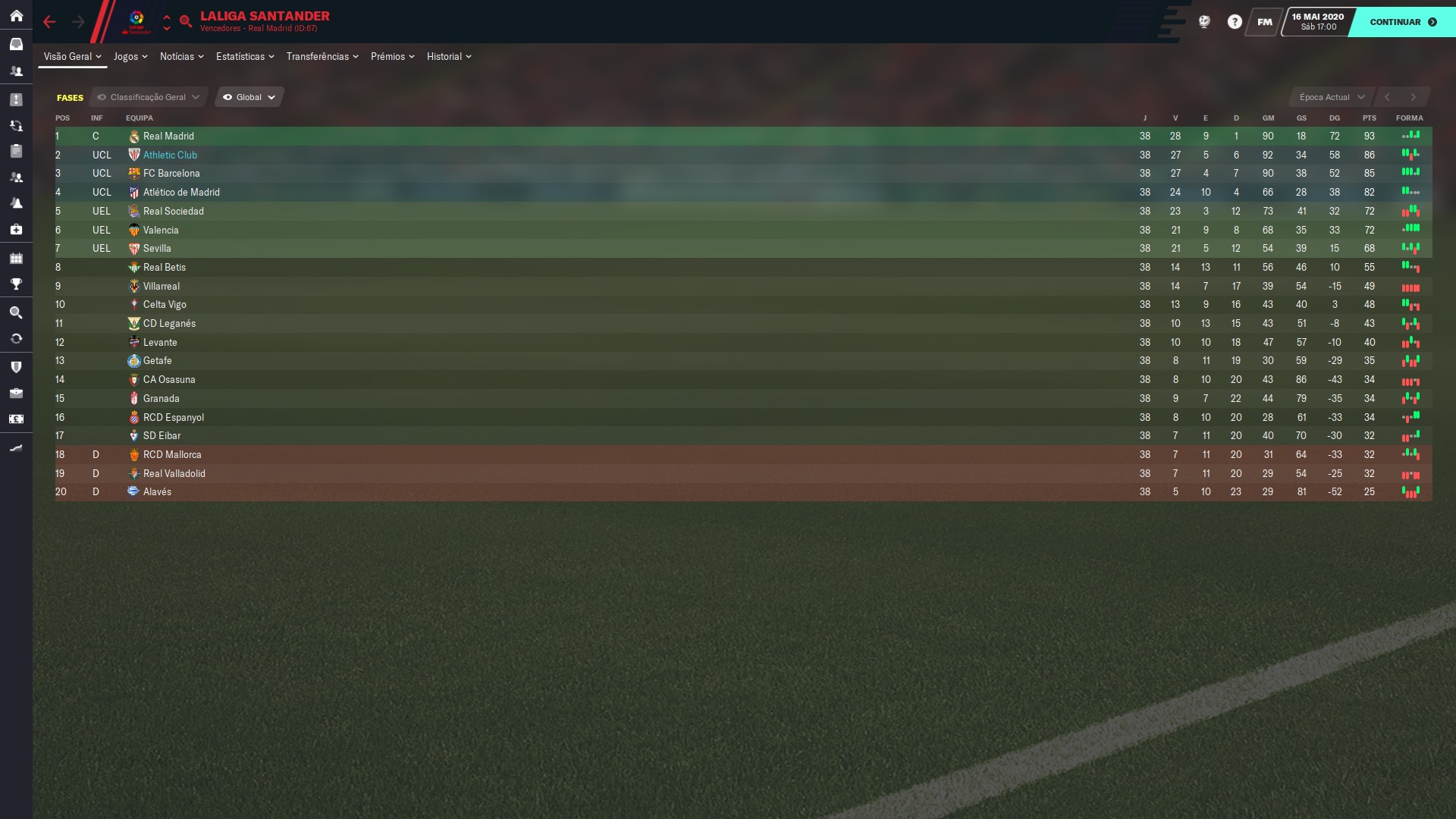 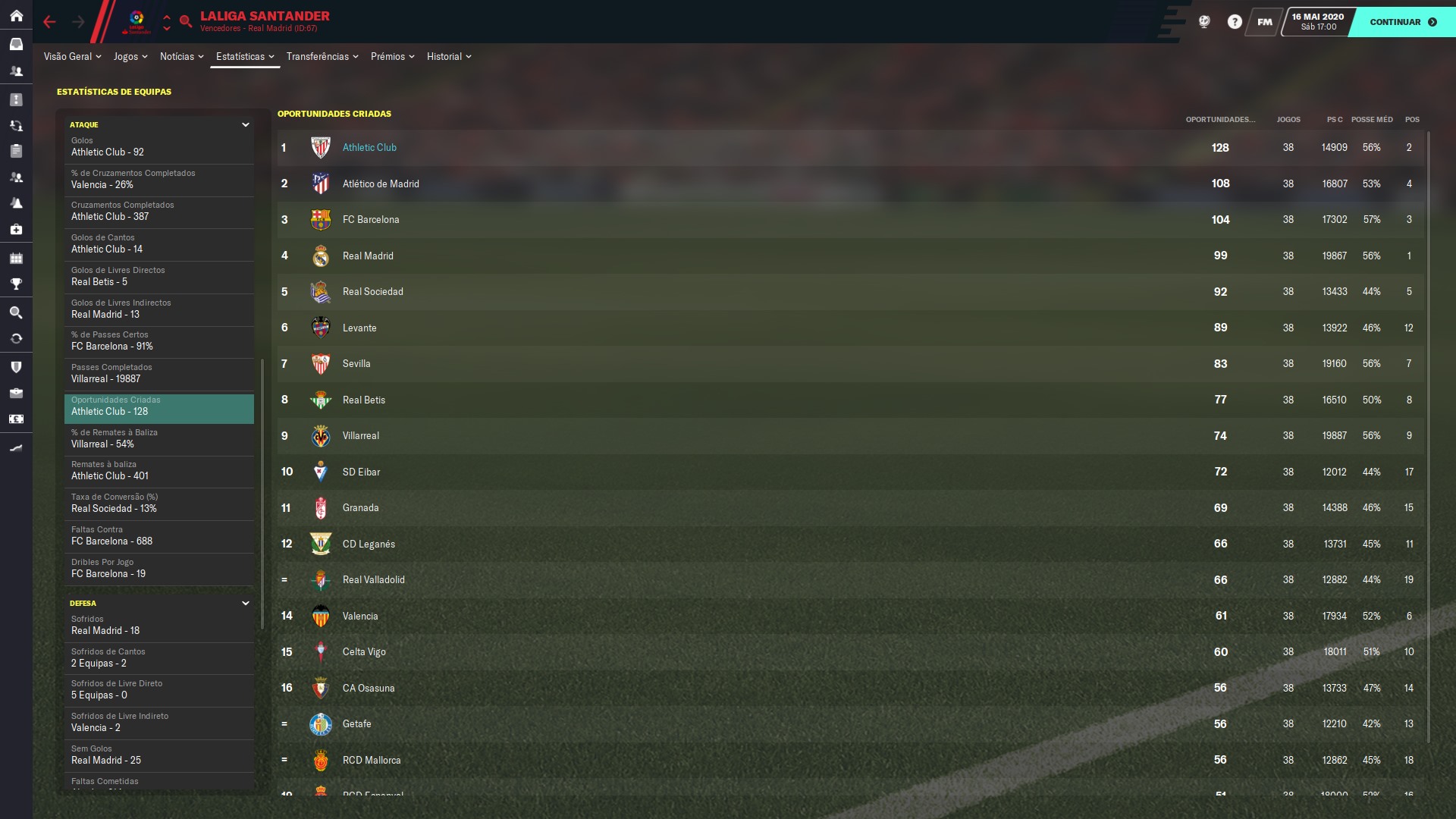 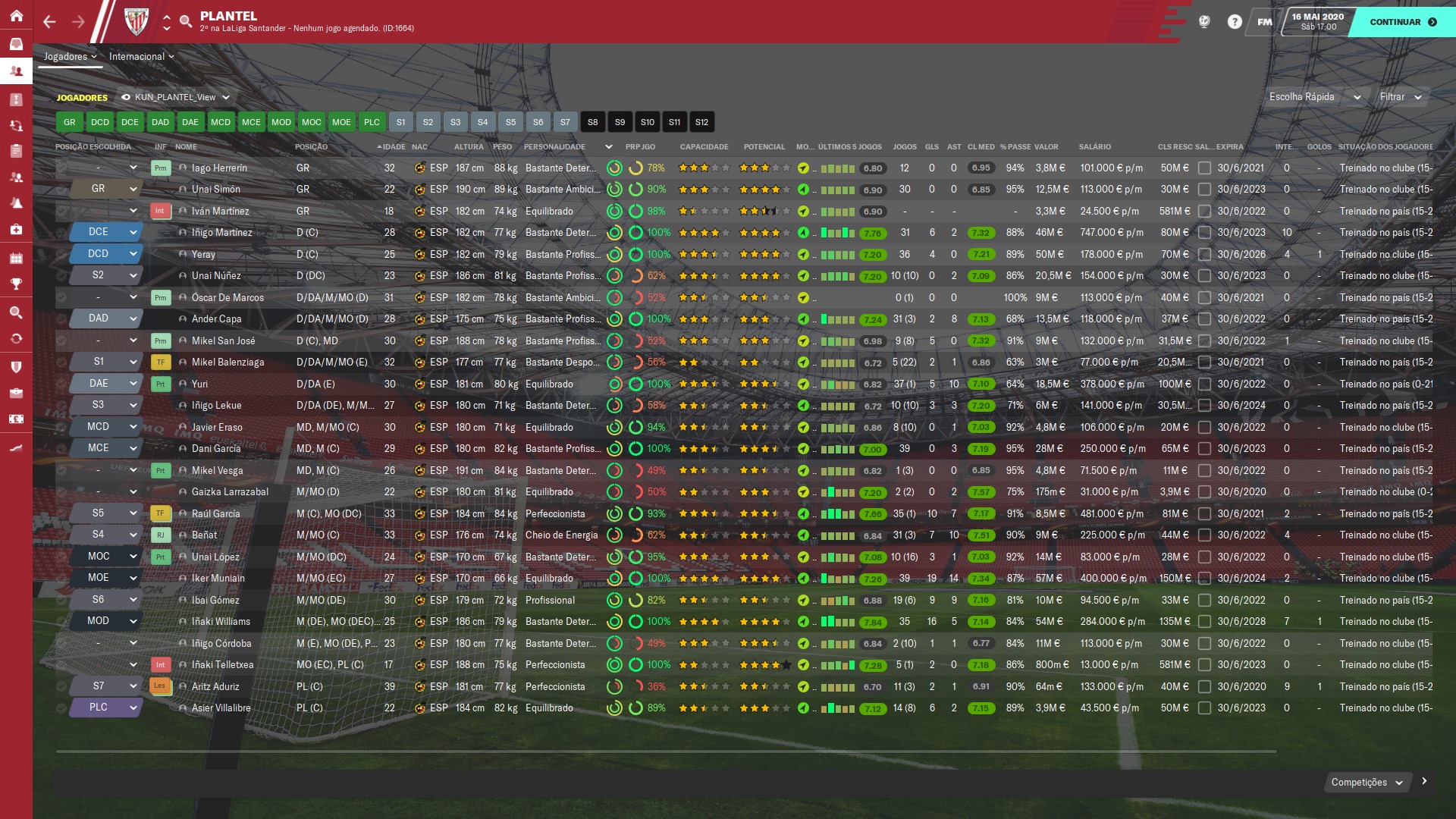 *******433 (Tested on 8th season on AFC Wimbledon)*******
Greatest Achievements
PREMIER LEAGUE - 2nd place
CARABAO CUP - 3rd Round ?
FA CUP - 4th Round ?
UEFA CHAMPIONS LEAGUE - WINNER (without a single loss) ​
I know it's already the 8th season (my 4th in the Premier League. Previous seasons: 14th, 8th, 3rd and then... 2nd) but the save were already created and decided to give it a go on my team. I just tested this tactic from February on (since the UCL 1st leg against Dortmund), so only half season to be played. This was my 1st season in Uefa Champions League (UCL) and I won it!! Without a single loss!! This was simply astonishing and was the main reason why I decided to share it with you to realize if it was just lucky or if this is a really good tactic. (Liverpool is such a beast team. They won the Premier League all of the 8th seasons). As this is already the 8th season, I will add here some of my crucial players for you to get an idea of its quality. (only those with seasons average rating +7,10) 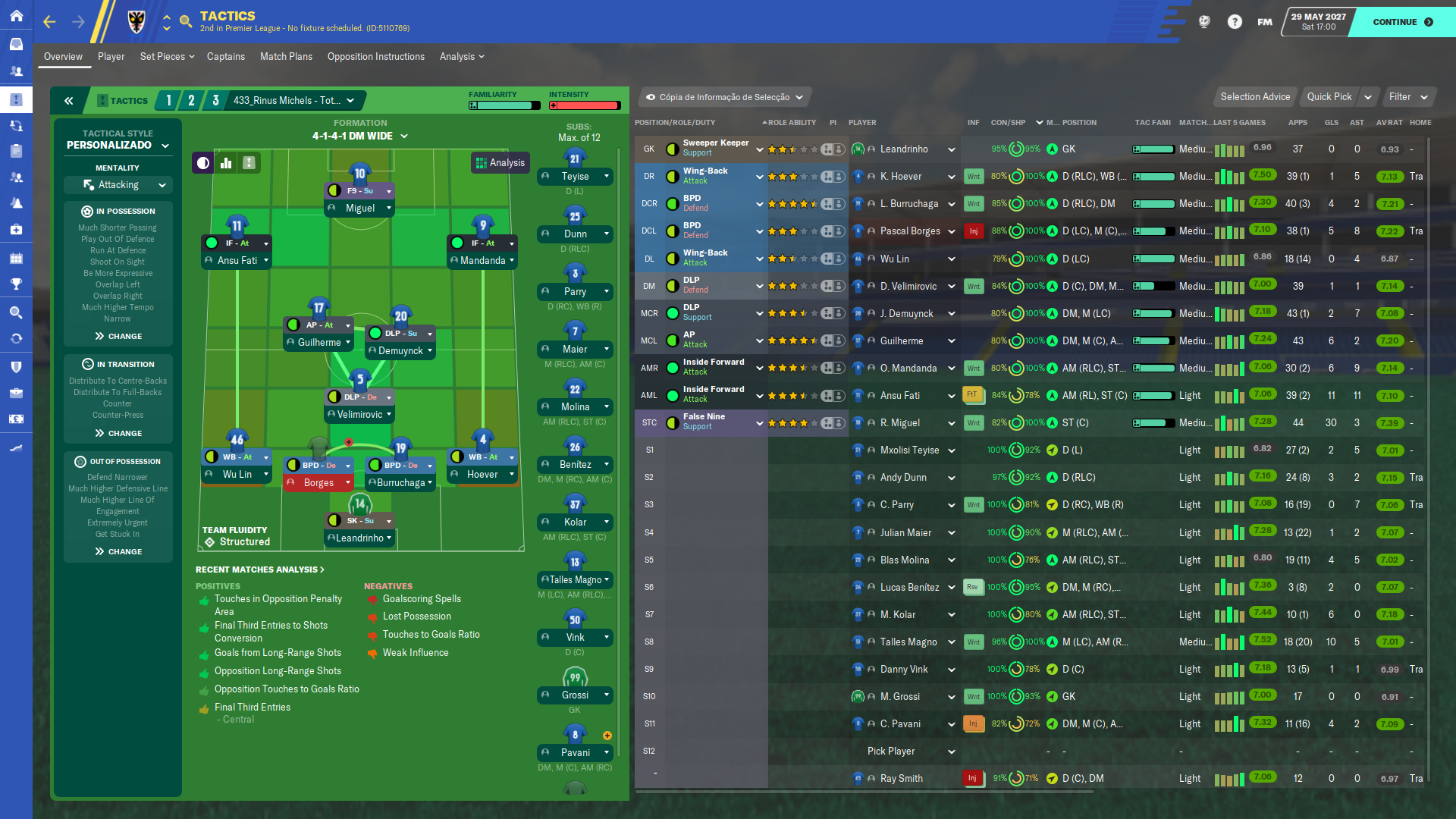 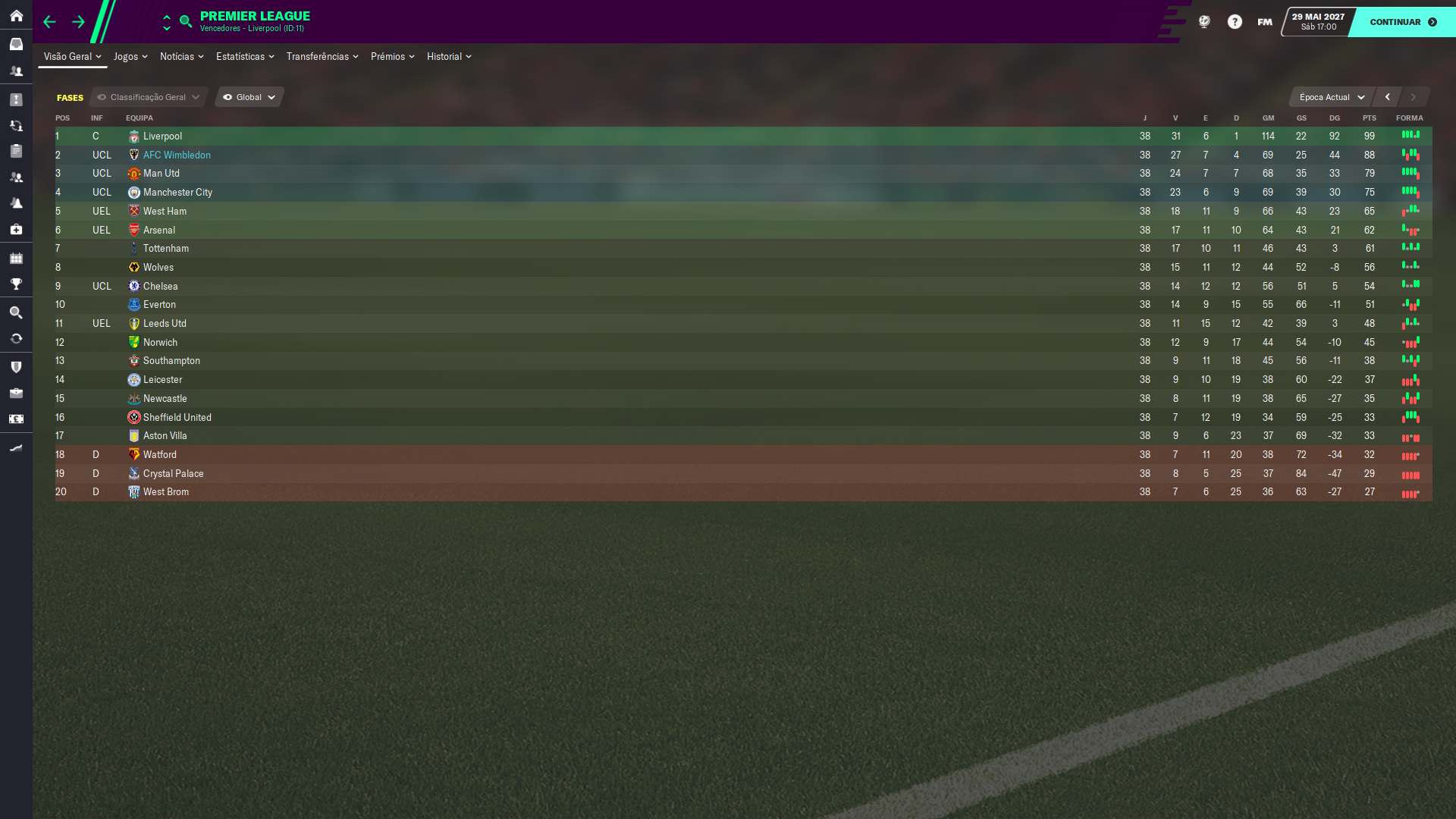 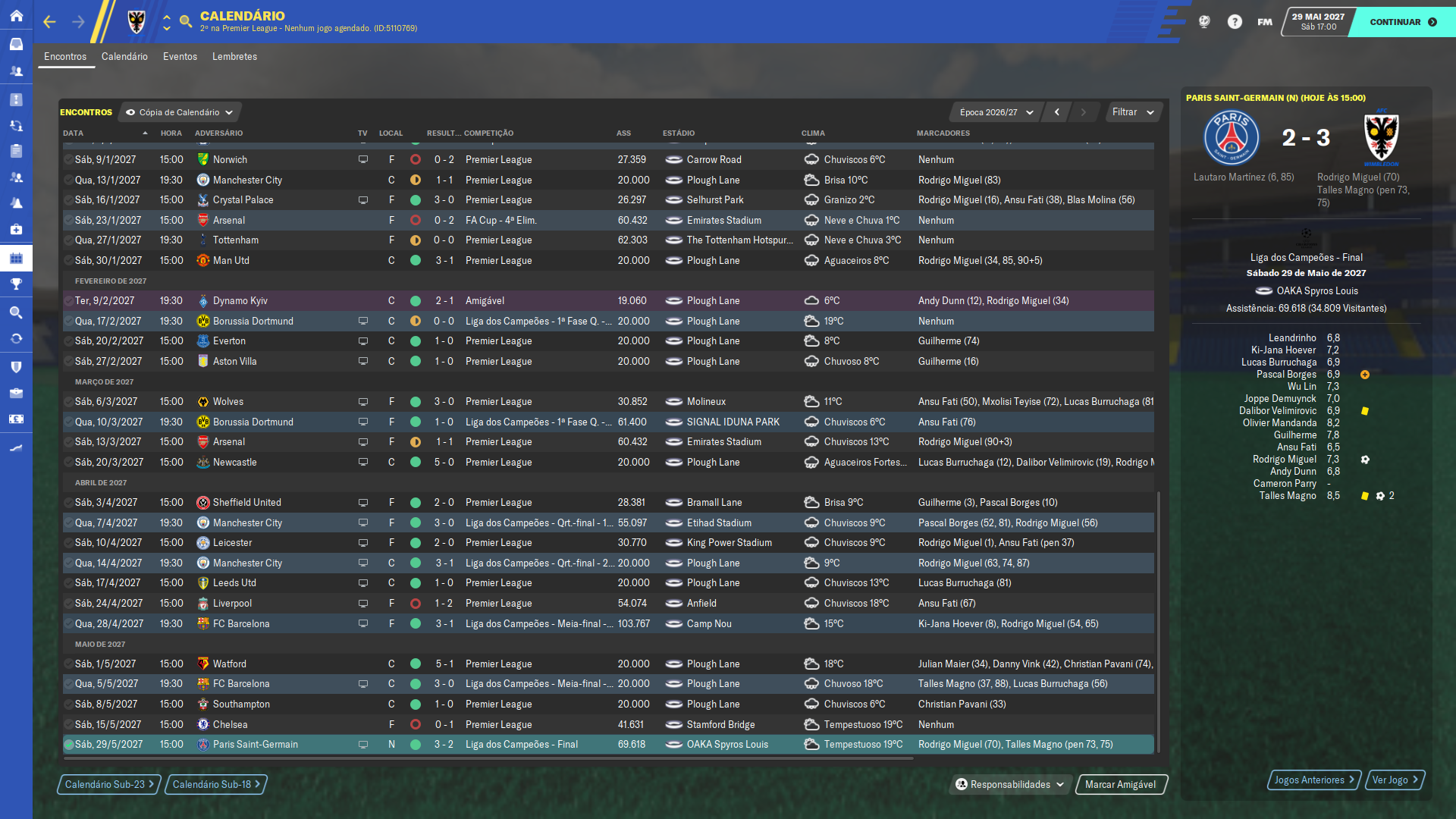 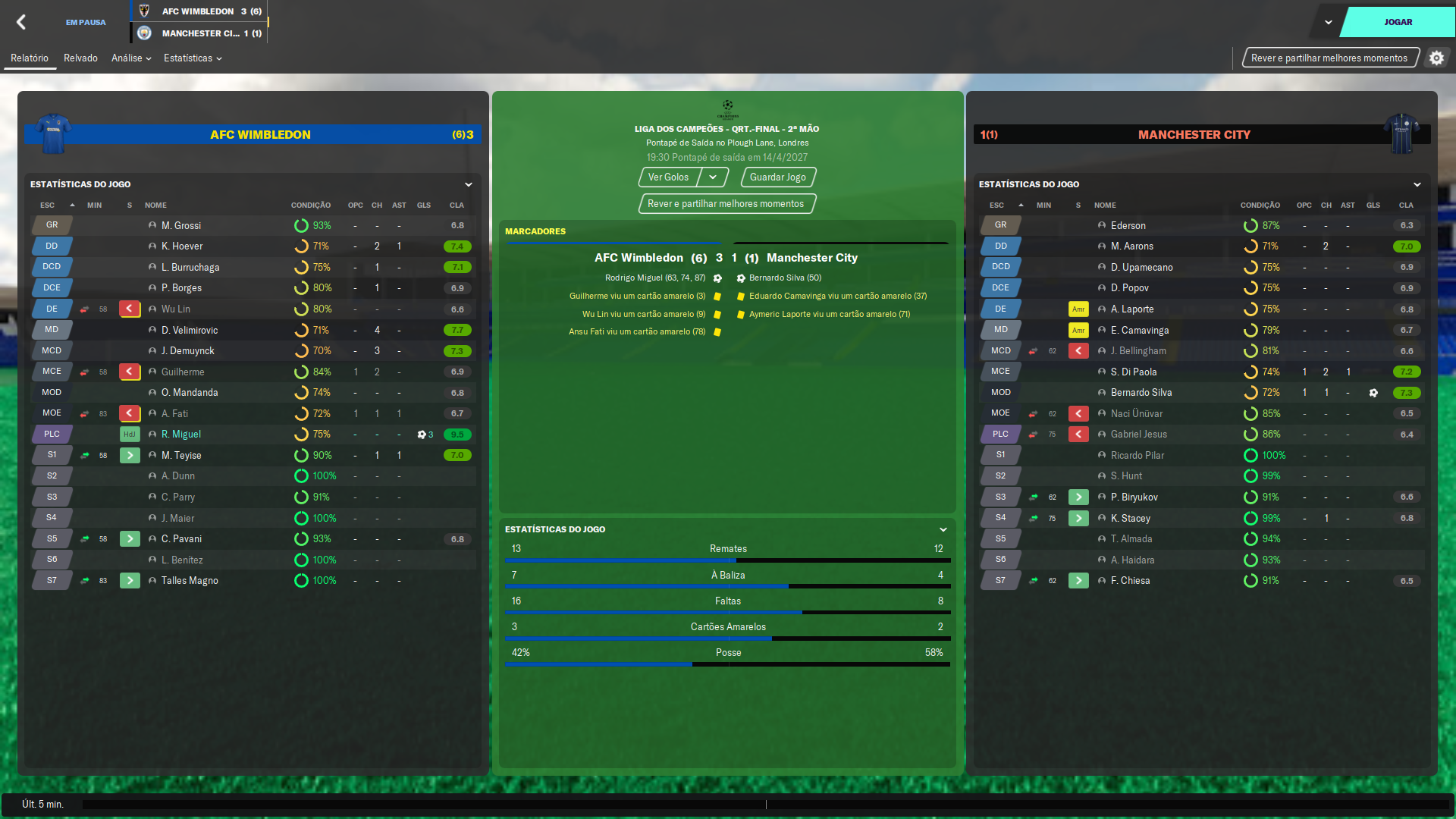 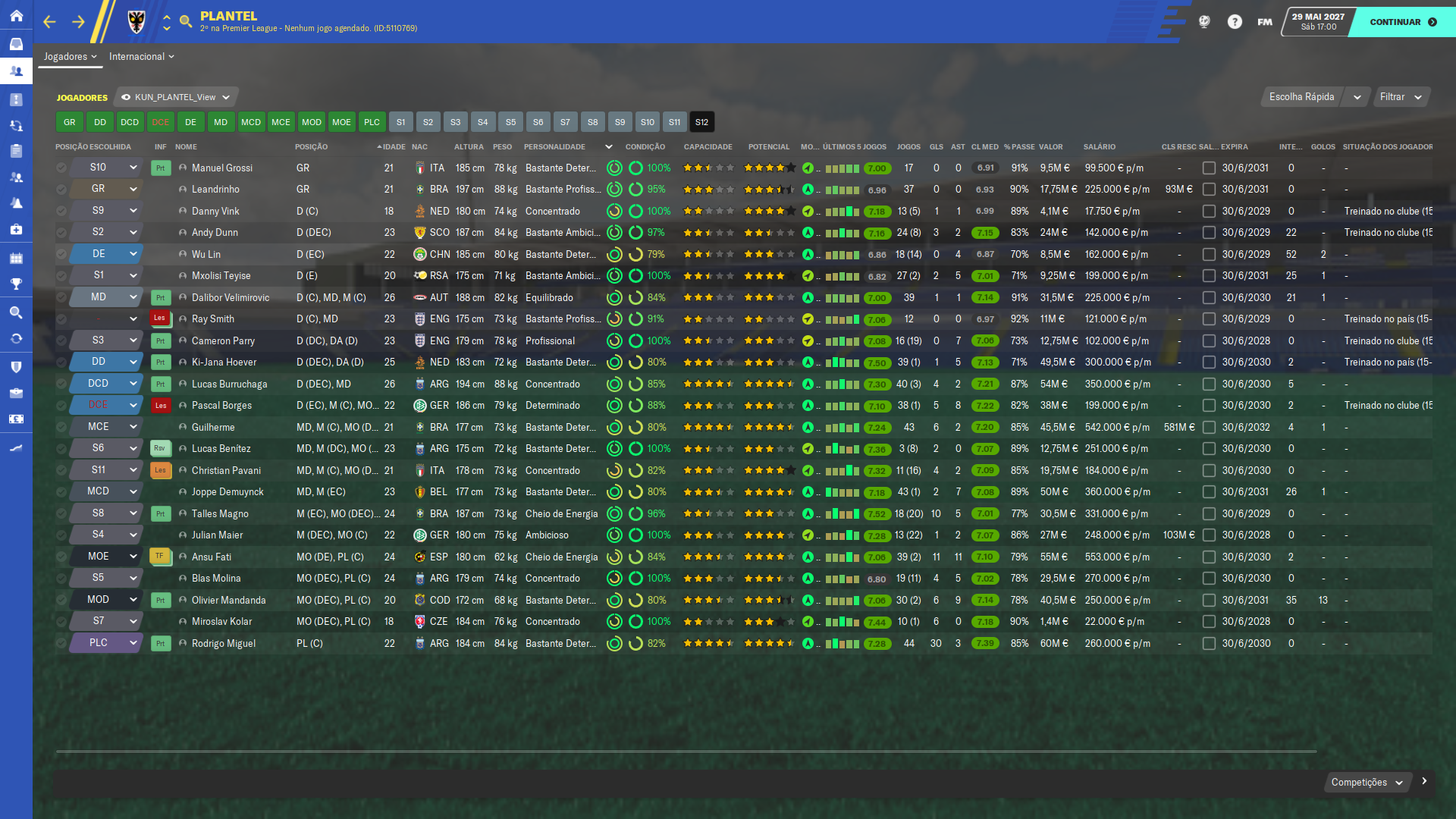 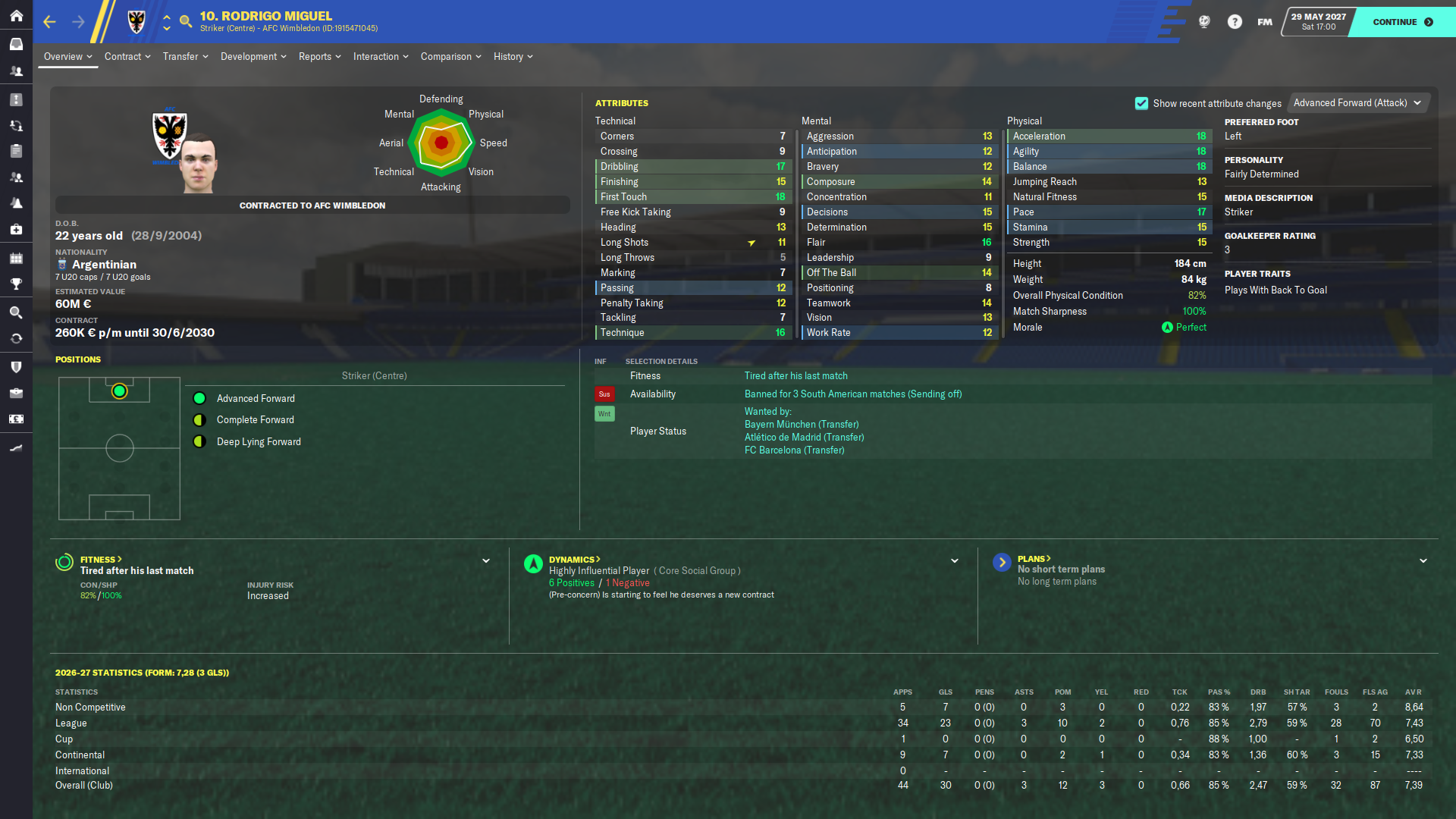 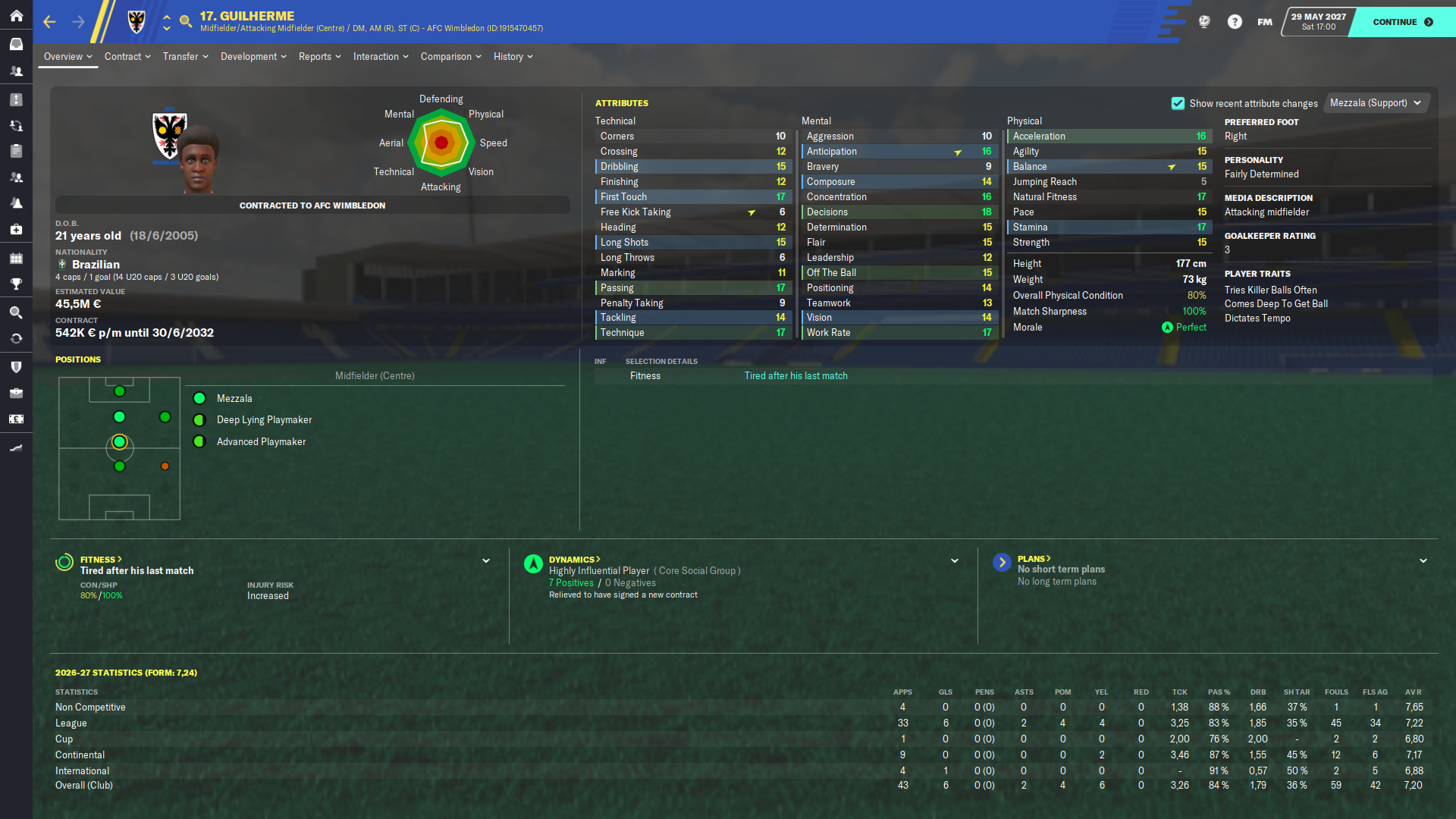 ​
As I don't use fm-base.co.uk for a long time, I may be forgeting to add any crucial information. So let me know on comments section.

Well, I'll be very pleased if you can leave here your thoughts on this tactics.

Stay safe and have fun!
kun
Reactions: laziokees, lightostekmegi, tbass and 2 others